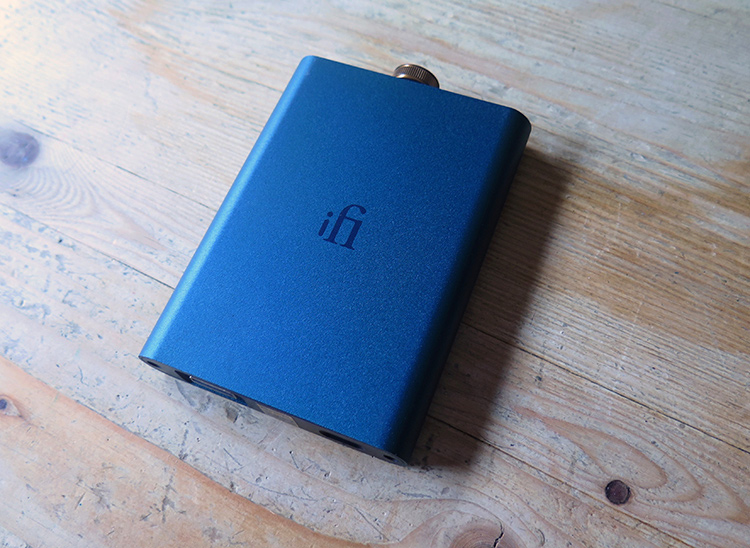 When it comes to music consumption, my listening habits center consistently around my phone. I, like so many others of my age, am a sort of pleb that prefers the convenience of Spotify and uses in-ears with no enhancement. That was until I was presented with the opportunity to preview iFi’s new hip-dac. This was shortly before I would travel to New York to attend CanJam 2020, where I would meet reps from iFi and give them my thoughts on it as a member of the “audiophile youth.” I accepted this proposition and was supplied with a sample of this vibrant blue device with a prominent copper knob on one end.

Charging via USB-C, BC V1.2 compliant up to 1000mA charging current

The hip-dac has a volume dial which also functions as an on/off switch, two buttons to activate the PowerMatch (a two-stage gain switch) and XBass modes, a 4.4 mm balanced and standard 3.5 mm headphone jack, a USB-A port for connection to a source, and a USB-C port for charging. In keeping with the idea that this should be a portable device, all these features are kept concise, not taking up much space at all and rarely in danger of being accidentally prodded in the pocket. 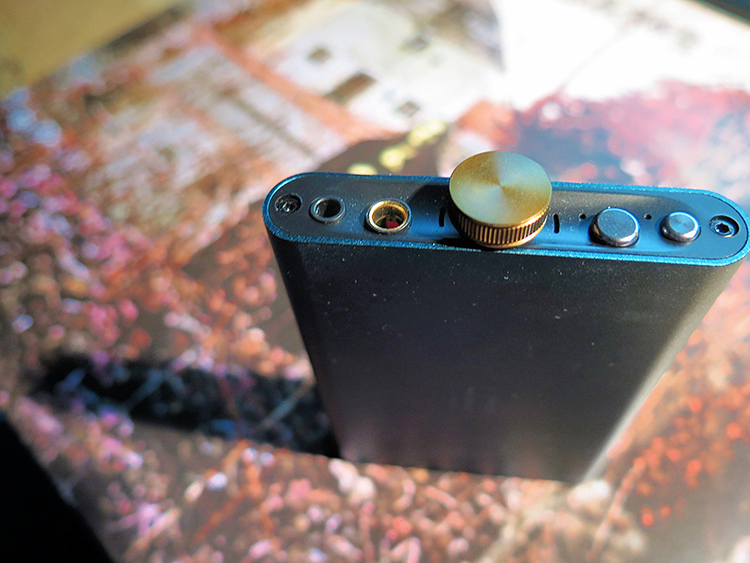 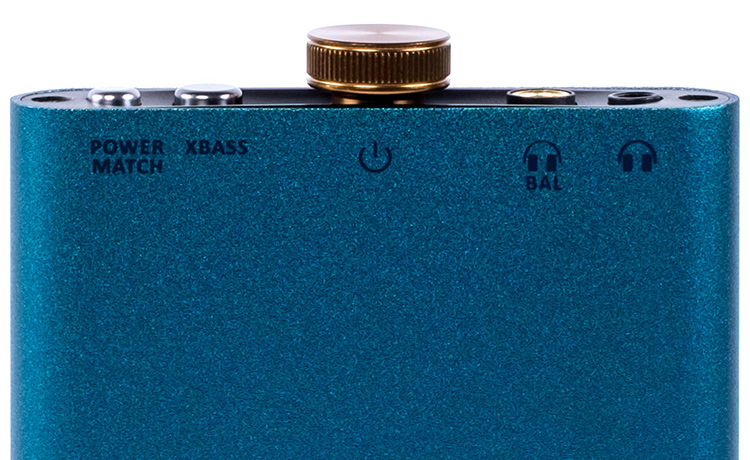 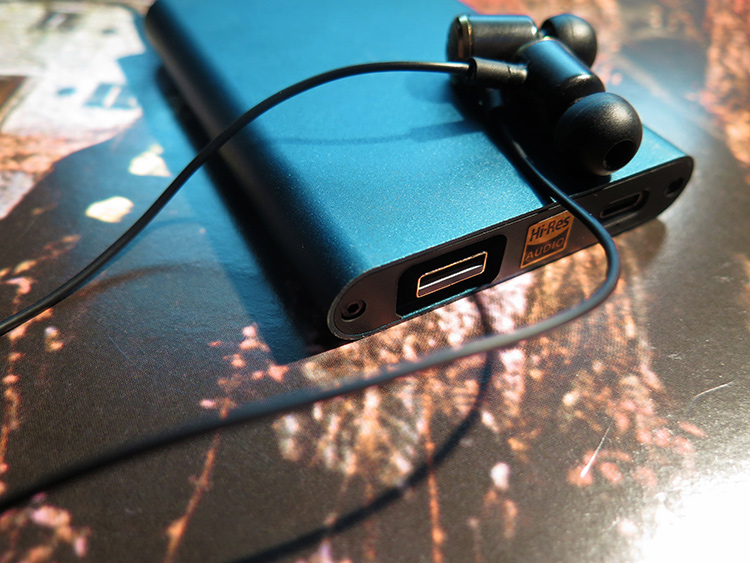 While I was eager to test this device, as I had never used an external DAC/Amp with my phone before, a part of me remained skeptical. I already carry quite a few fairly bulky things in my pockets almost every day, and I was unsure if my jeans would be able to accommodate my phone and the DAC in the same pocket; not to mention the very short wire that connected the two, which would be bent at an anxiety-inducing angle and supporting the weight of both devices. However, to my surprise, the device fits in my front pocket with no issue, and the dongle was crafted to weather such stress with no issue. After some initial testing and familiarization at home, the hip-dac was stowed in my backpack along with the Periodic Audio Beryllium in-ears that I would use with it, and I boarded the plane to New York City. There the mettle of this device would be tested by regular use on walks and in travel.

Before long, it became apparent just how much of an effect the hip-dac had on the sound that my phone produced. It was more full, well rounded; streamed music was recited with a clarity that I had associated only with those coveted, cryptic artifacts at the upper echelons of high fidelity – esoteric cans that I could never hope to fully comprehend or afford. Of course, this setup is by no means some magical workaround to save hundreds of dollars on expensive headphones, but the difference in the sound quality I heard was tangible and it was produced by such a slim device using in-ear monitors alone. One moment sticks out in my mind; I was walking through the city to a restaurant with my dad, and the hip-dac ran out of power midway through a Varials song. I casually disconnected the device and put it in my jacket pocket, then reconnected my earbuds directly to my phone. Hitting play felt like getting doused with a bucket of cold water. The enhanced sound that I had become accustomed to via the iFi hip-dac was stripped away, and I could immediately tell that my Samsung Galaxy’s vanilla sound was thinner by a dramatic degree. I had been using both the PowerMatch and the XBass functions consistently as well, making the difference starker still. All in all, the hip-dac feels like an overdrive pedal for my phone, giving it extra oomph in a way I didn’t know I needed.

As for prolonged and mobile use, the hip-dac stands up very well. Walking around with it in my jeans all day did nothing to break the resolve of the short dongle, still bent at a sheer angle and bearing the weight of all the pocket’s contents. The device, nor my phone, was ever scratched or damaged due to friction. The hip-dac is slim enough that it sort of fades away in my pocket, similar to how a phone or a wallet does. It is easy to carry on the regular. The one drawback I did find, however, was that the battery did tend to run dry around mid/late afternoon after a day of pretty consistent use. This is still a solid amount of time, but the claimed 12 hours of runtime seems overly optimistic as it did leave me without the hip-dac in the evenings or on the walk back to the hotel, leading to more “ice bucket” moments. This, however, is my only real gripe with the hip-dac; otherwise, it performed exceptionally.

To conclude my tests of the hip-dac, I sat down with a pair of Astell & Kern T5p Gen 2 headphones that my dad has in for review along with a balanced adapter to test the other jack that the hip-dac carries. During this listening session, I was able to pick out the individual instruments on each track I listened to and follow them with greater focus. On some songs, such as Tool’s “Eulogy”, I was able to catch details that had previously gone unnoticed with my traditional listening setup. It’s small, hidden details like these that never fail to put a smile on my face, and it was a joy to be able to find some more in songs I already love. Herein lies another fact: the hip-dac will take as much room to play as you give it. It has performed exceptionally with all the peripherals that I have used with it, each time giving the sound an extra kick. 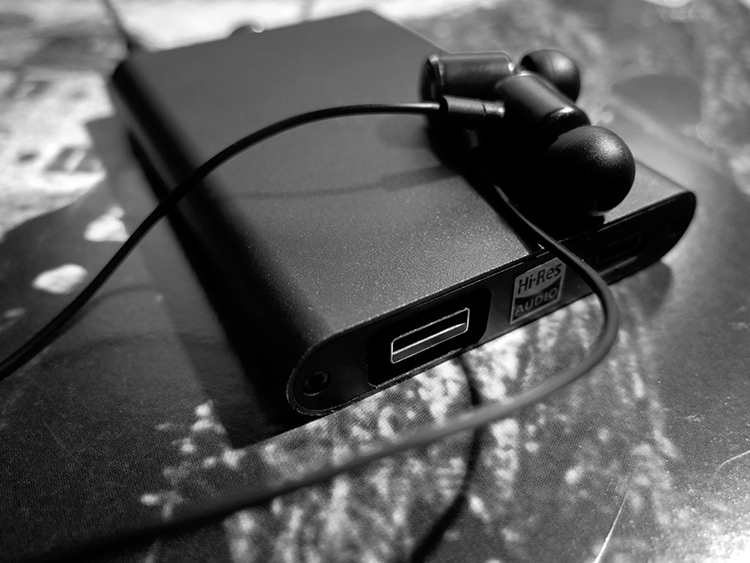 If you care about portable sound, the IFI HIP-DAC is one of the easiest, affordable and most surefire ways to improve your listening experience.

During CanJam, I had the pleasure of meeting iFi USA representative Jared Orgeron and sharing with him my thoughts on his company’s new product. It was here that I was given insight into the target audience of the hip-dac: it was designed with the hopes that younger or more casual listeners will be able to taste a higher order of fidelity in listening for a fraction of the cost, and will thus be encouraged to embrace the HiFi hobby. I can safely say that iFi has succeeded in making an affordable and convenient way to enhance common listening habits. For someone interested in high fidelity audio, but who doesn’t want to foot a large bill for all the necessary apparatuses, the hip-dac is an affordable and exceptional sounding choice to get you on your way.