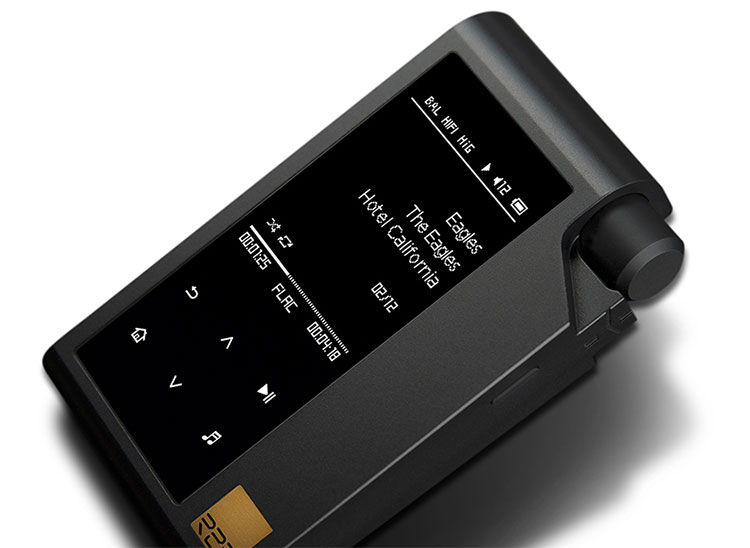 Of course, at that price it is far more than that, so I’d call the HiFiMAN R2R2000 an example of the best technology we have for portable music playback. It is also an aspirational device that, providing you have program material to match, provides state of the art music playback. Unlike many digital audio players, it can serve as a high quality DAC and stream at very high quality over wireless connections.

Every so often it’s good to sort of recalibrate our perceptions of how sound can be reproduced with a first class product that many of us could not afford to buy, but one that lets us hear what the ‘best’ can sound like. With an original design, a dedicated operating system, and a superb DAC, HiFiMAN has created a class-leading product that for many, myself included, redefines what a hand held music player can do when reproducing high quality music files. 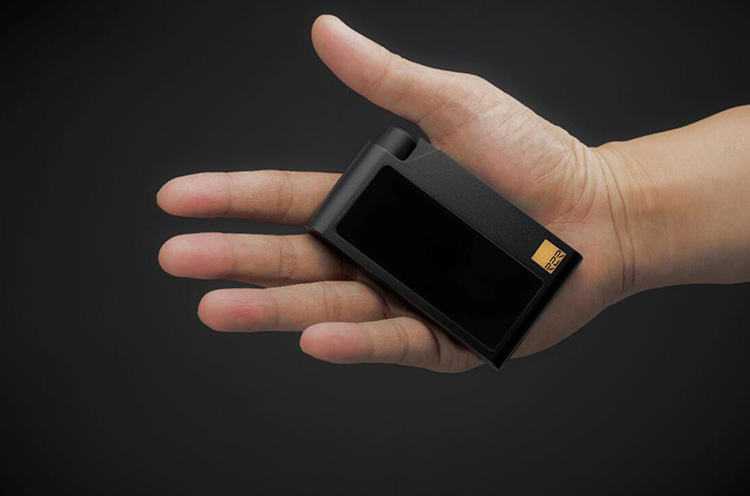 HiFiMAN was founded in 2007, and since then it has produced some of the finest headphones, headphone amplifiers, and digital audio players on offer. They often rate as the best or near-best products when audiophiles review them. The company is known for leading-edge physical design, and for using very high quality electronic components in their offerings. I first became aware of the company after a musician friend raved about the HiFiMAN HE-560 Planer Magnetic Headphones. I bought a pair, and spent weeks re-listening to my library of music hearing nuances that had escaped me with other methods of playback, whether speakers or headphones. So when I learned of the HiFiMAN R2R2000 Streaming Audio Device, I was anxious to hear it and the folks at HiFiMAN were quick to send me a review device.

The HiFiMAN R2R2000 is lovely to my eye. The player is small and well thought out. It has the look of a work of industrial art. 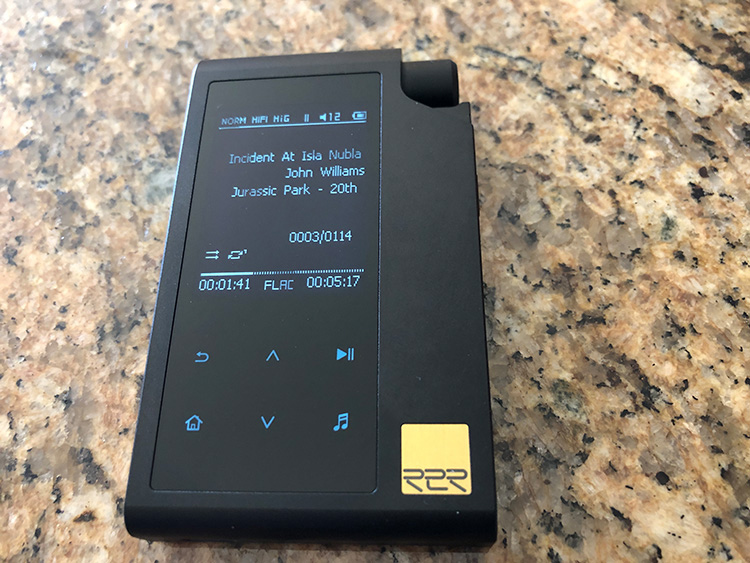 The OLED black and white screen is sharp. Controls, other than volume, aren’t immediately intuitive. There is a short menu on the home screen that allows you to browse your library, set up Bluetooth or use the R2R2000 as an outboard DAC. Another function lets you scan the content on the device, helpful when you add or take something away from the Micro SD card. To navigate, you use up and down arrows. To select an item, you press the play/pause button. That had me stymied for a minute, until I realized the play button had to be that way to make a selection, similar to an ‘enter’ key. It is covered in the downloadable manual, but I’m impatient and always try things out of the box. A positive feature is that you have the option to have the R2R2000 vibrate when you make any selection, which confirms your input has been received.

You’ll need a Micro SD card, as none is included. You can format the card from the R2R2000, but I took my card out of a player I normally use, an Astell and Kern Kann, and it worked fine as it was, having been formatted as FAT32. You can drag files to the card from your computer. If you’re on a Mac, just plug it in. Then select ‘File Mode’ from the R2R2000 screen. The same works on Windows. The HiFiMAN looks like an external hard drive to either operating system. This is an improvement over many of the Android-based devices that require loading drivers just so it will appear on your computer desktop.

Bluetooth mode will be familiar to many of our readers. The HiFiMAN R2R2000 supports high-quality Bluetooth streaming-audio up to 24/96 kHz using the SHDC protocol. Distortion is claimed to be very low at just 0.00005%. Pairing is easy. I did not spend much time listening via Bluetooth because I was concentrating on its native highest-quality output direct to headphones.

If you want to use the R2R2000 as a DAC with your computer, you put the R2R2000 player in DAC mode and connect it to your computer with the included cables, which terminate in USB C, or you can use the included standard USB adaptor. On a Mac, no drivers are needed. On Windows, HiFiMAN provides downloadable drivers.

The R2R2000 uses dual R2R PCM1704U-K DAC chips which accept input data of 20- and 24-bit lengths at sampling frequencies up to 96 kHz and support 8x oversampling at the highest sampling rate. The chips, which HiFiMAN says are the last new batch available, allow a dynamic range of 115dB.

You can also connect the R2R2000 to a smartphone. Your phone must support the USB AUDIO and OTG function. For an iOS device, HiFiMAN recommends connecting with Apple’s official Lightning to USB Camera Adapter or the Apple Lightning to USB3 Camera Adapter. Type-C to Lighting cables cannot be used. HiFiMAN suggests customers use Apple’s Type-C to Type-A adapter when connecting to MAC.

The R2R2000 supports both balanced and unbalanced headphones. 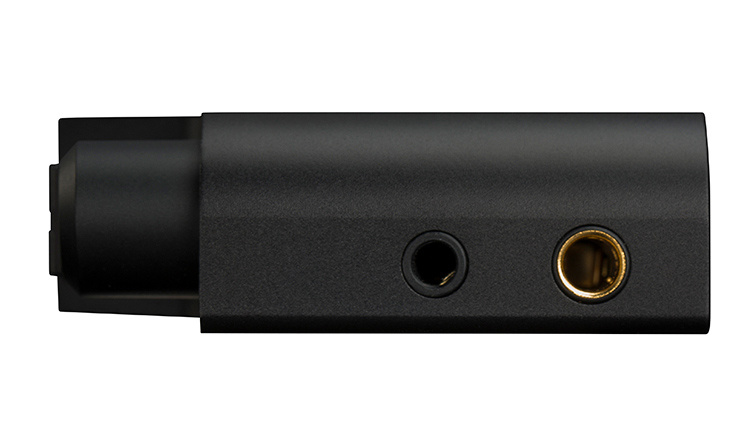 Although I also confirmed that the R2R2000 connected to my Mac laptop for use as a DAC, most of my focus was on using the device as a high quality music player. The player supports many hi-resolution file formats including: WAV, FLAC, ALAC, AIFF, DFF and DSF. It will also play MP3, OGG, AAC and WMA. At present, the player supports DSD files to DSD64 (only DFF, DSF format). That should pretty much cover every viable format available. You can use the included USB cables to charge the R2R2000 from your computer. No AC based charger is included.

My experience with the ultra-high-end told me to expect slight, rather than dramatic improvements over other digital audio players offered at more modest prices, modest being relative.

I compared the R2R2000 to an Astell & Kern Kann DAP ($799), which I reviewed last year, and it has since become my reference for high-end music players. The Kann is about 3 times as big as the HiFiMAN player; it sports an Android OS, and offers storage on either SD cards, Mini SD cards, or both. I compared the same high-resolution tracks on both, listening with Focal Clear headphones ($1499), HiFiMAN HE-650 headphones (no longer for sale), and older Sennheiser HD600 headphones I keep on hand for just such comparisons.

Both the Kann and the HiFiMAN R2R2000 could drive the headphones to very loud levels without distortion.

The Kann, which I considered quite portable, is really large compared to the R2R2000. 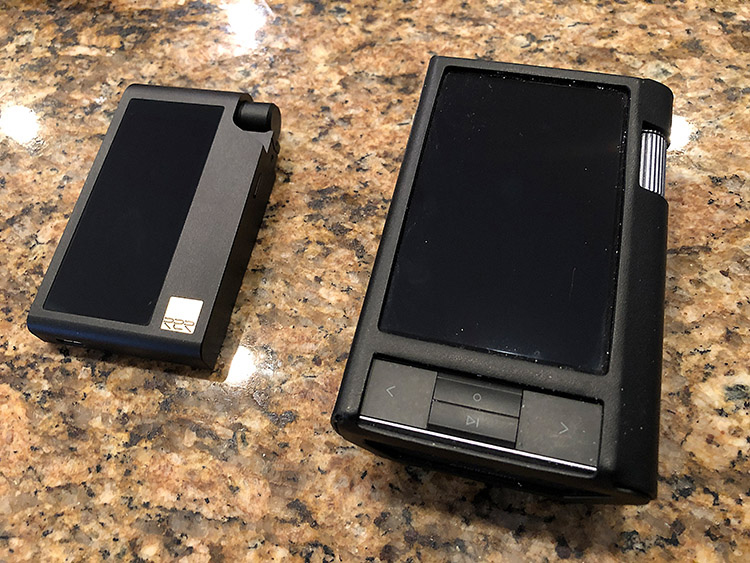 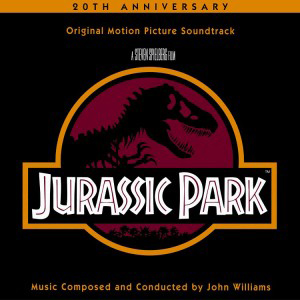 For comparisons I first listened to a track on the 20th Anniversary Jurassic Park soundtrack high resolution (24/192 kHz) release. In particular, I carefully compared the track, Incident At Isla Nublar. It has very deep bass, percussion, and strings.

Both the Kann and the R2R2000 sounded superb, but with detailed listening I found slightly more robust bass on the R2R2000, and slightly better soundstage imaging. It wasn’t dramatic, but it was perceptible.If I stopped rapidly switching between the digital audio players, and just had an extended session with each one, the differences melted away.

This was, I think, another example of spending a lot more money for very small incremental improvements, but that’s really what the ultra-high end is all about.

Other tracks listened to, primarily on the Focal Clear headphones, included: 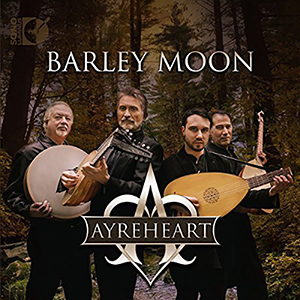 This album of Renaissance music and old traditional folk songs showcases acoustic music and voices. The music has an excellent soundstage image and a sense of depth. Getting voices accurate is hard. The voices sounded real, and the instruments sounded like I was in the room with them. 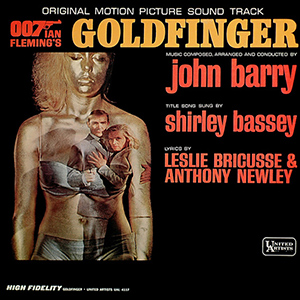 John Barry’s music sounds like it was recorded yesterday in this high resolution release. The music features wonderful separation, deep bass, and sharp percussion. The Kann and the R2R2000 sounded very similar, but with a slight edge to the R2R2000 for musical impact.

The difference is hard to put into words; it just renders the music with a slight increase in apparent dynamic range and a subtle increase in bass.

The HiFiMAN R2R2000 is high priced and high performance. If you are looking for the current state of the art, you won’t be disappointed.

It was hard to fault the musical performance of the R2R2000 from HiFiMAN. I could not find issues with the sound on any program material, and on lesser quality files, like MP3 music, the R2R2000 mercilessly revealed compression artifacts.

Getting away from a generic Android operating system is a real plus. The player responds to touch faster than the Android based players I’ve used. This was surely more expensive to offer, but I think the performance dividends are obvious when you use it.

At $2500, buyers should expect a lot, and sound-wise it is all there. Is it 2.5 times as good as a $1000 DAP? Probably not. But if you want to squeeze the last ounce of performance out of a portable player, and you want a beautiful compact design, you’d do well to consider the HiFiMAN R2R2000.