Benchmark DAC2 DX Review – An Updated Polished Gem from the Past

The Benchmark DAC2 DX is a product of yore (in hi-fi time), yet has kept up with the competition in every way, all at a price at the low end of the audiophile scale.
Highlights

These days, when I look at a catalog from companies who sell hifi products from numerous companies, I am struck at the large number of DACs of various sorts. There are the tiny USB DACS in the $100 range, as well as the large chassis DACS for the esoteric-minded audiophiles who can write a check for the DAC with one hand and a check for a BMW with the other at the same time. DACs are a high profile item as we close in on 20% into the 21st century. 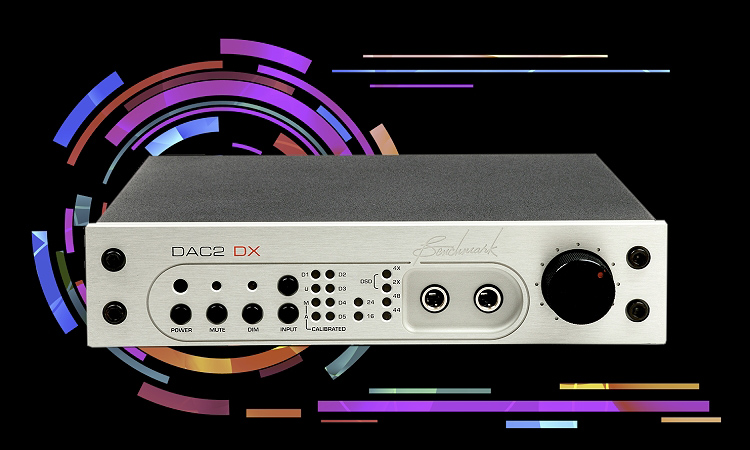 I wanted to see what has changed in terms of performance over the past couple of years, so I selected a DAC that has been around for a while, yet has made small improvements at the same time. Keep in mind that a five years old product, even with small improvements over that time period, is considered ancient. If you disagree, how old is your smart phone? Mine is the Samsung Note 2. It’s 1.5 years old, and the Note 5 has just been released. I will probably update when the Note 6 hits the shelves.

The Benchmark DAC2 DX fits the bill perfectly. This is the current version of a DAC that is several years old, with updated circuitry. It features an AES XLR digital input and two pairs of RCA coax analog outputs, changes from one of the previous versions (the HGC version, which we reviewed in 2013). I also wanted to get some bench tests, which we didn’t have in our review of the HGC version.

The DX costs $1,895 ($1,995 with remote control), which in today’s economy, is a mid-level MSRP. I asked Benchmark if I could test the DAC2 DX, and they were more than hospitable in sending me one.

The core component of any DAC is its chipset, which in the case of the Benchmark, is the ESS SABRE32 lab grade version (ES 9018). A high gain control combines a motor-driven control and a 32-bit digital attenuator with passive analog antenuators to achieve high level performance. Headphone amplifiers have high-current capability for low impedancd headphones. Internal jumpers can be set to optimize the headphone output volume spread. Thee ae also low impedance output pads to set levels optimal for specific power amplifiers. There is automatic de-emphasis in case you have pre-emphasis in your source. All input types are here, including coax, XLR, optical, and USB. Outputs include fully balanced XLR as well as coax RCA. 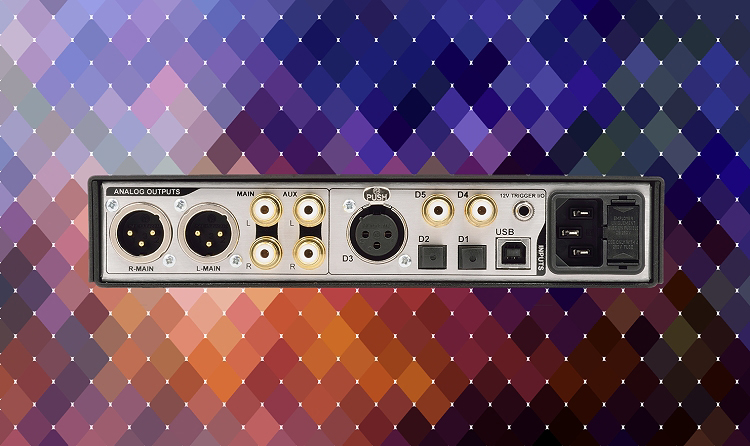 I used the USB port on the Benchmark for listening to music, and the S/PDIF coax digital input for the bench tests.

The DAC requires a driver (download from Benchmark) for 176.4 kHz, 192kHz, and DSD under Windows operating system.

The front panel has a button to select the digital input, such as USB, AES XLR, etc., and it is also used to set the type of signal. Once you select the input, you again press the input button and hold it down to select 2X or 4X, where 4X means the DAC will accept up to 24/192 PCM and DSD64 bitstreams.

The Toslink Optical digital input will only accept up to 24/96, so if you want to play 24/192, you need to use one of the other inputs (in general, Toslink optical inputs don’t work very well above 24/96 – this is not an issue specifically for the Benchmark DAC).

There are also two ¼” headphone outputs, so the Benchmark can be used as a headphone amplifier.

The remote control fit my hand, but the buttons were not very tactile. The remote is not backlit. 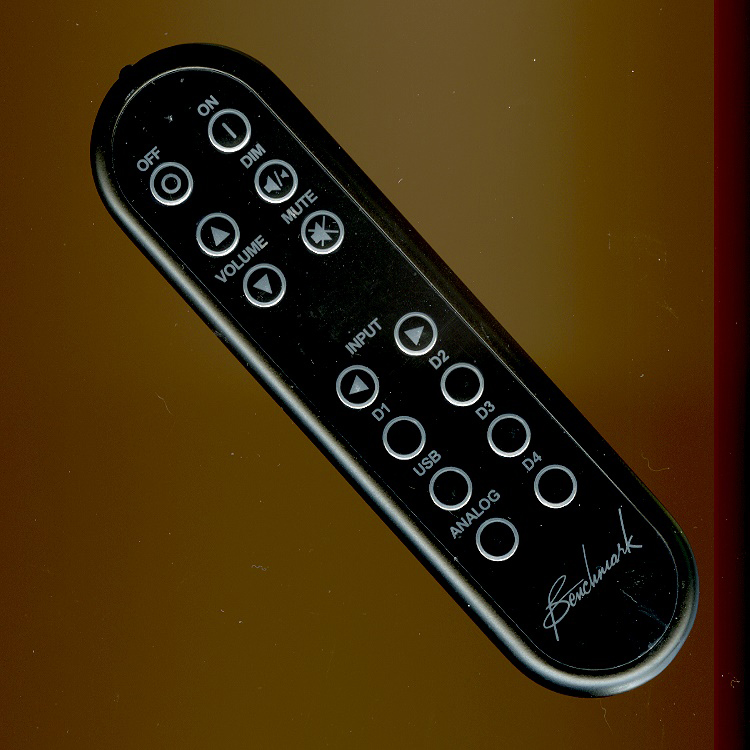 For the listenging tests, I used a USB 2 port from my computer, connected to the USB port on the DAC. Bench tests utilized the coax (RCA) digital input jack on the DAC.

The rest of the setup included a Pass Labs Xs preamplifier, a pair of Pass Labs Xs 300 monoblock power amplifiers, and MartinLogan CLX electrostatic speakers. Cables were Mogami and Wireworld.

Listening to my music collection via USB was a pleasure with this DAC. It had a very musical sound, reminding me of a Class A triode tube amplifier. When you check out the bench tests, you will see why.

I have used Copland’s Fanfare for the Common Man as a test track more than any other. That is because it has everything: tremendous dynamics (it’s an early Telarc disc and there is no compression), very loud percussion, blaring brass, and whatever else you want to throw in there – it’s just a great recording.

The sheen of the gong and bright overtones of the brass were stunning through the Benchmark DAC2 DX. This may be an old DAC in HiFi time, but it is certainly up to date in sound. I asked a guest what she thought of the sound, and she said, “Delicious”. Well, it is certainly apple pie with vanilla bean ice cream to me as well. 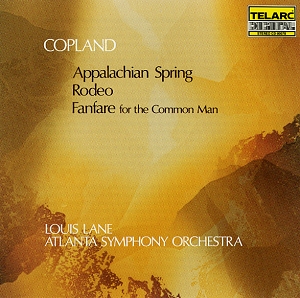 Rodeo, from the same disc has some ultra-fast transients with the instrument used to simulate the crack of a whip. I listened and I heard the intense short transient at the initial sound. This DAC is not only warm and sweet like a single-ended triode, it is fast like the latest Toshiba output devices. 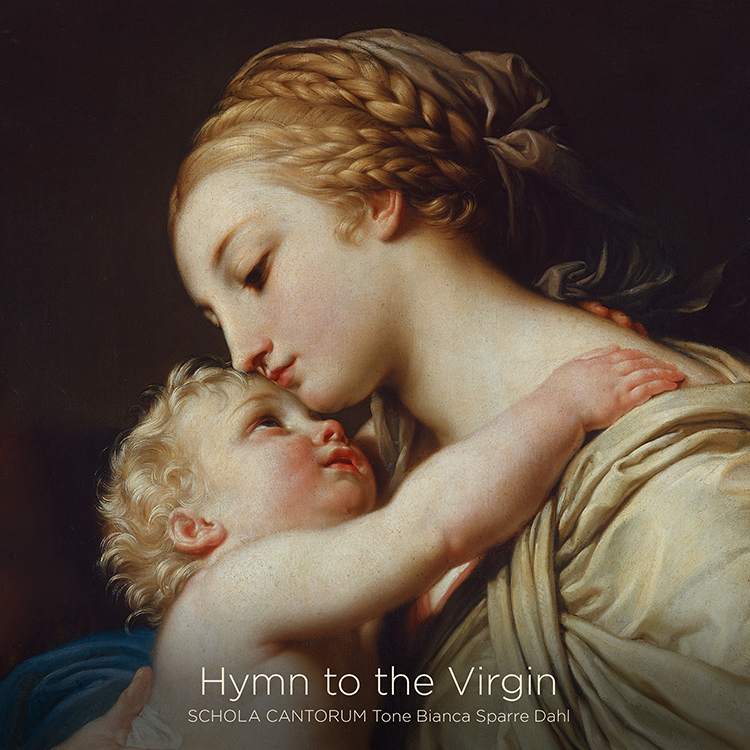 Hymn to the Virgin

Hymn to the Virgin (2L-095) is an album released in high resolution (choices include 24/352.8 PCM), and is gorgeous. It’s the most beautiful choire album I have ever heard, and it came forth in all its glory with the Benchmark DAC. There are some very soft sounds, but none of the whisper quiet voicing was lost. 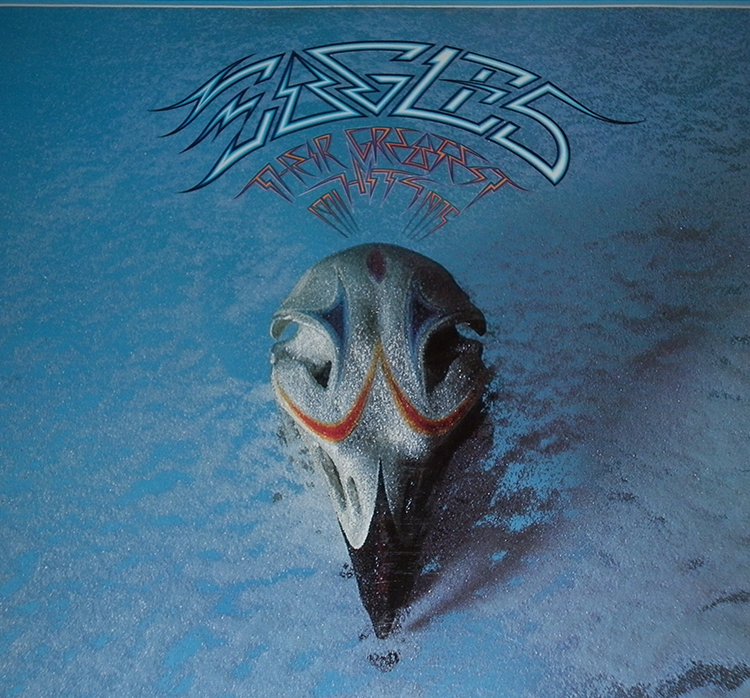 The Eagles were not only one of the greatest rock bands to ever pick up a guitar or drum stick, but they influenced many a youngster to start a garage band (Jimi Hendrix got me going, and Van Halen launched my son in law).

In this compilation of their greatest hits from 1971-1975 (0-7559-60511-2-5), the classic “Lyin’ Eyes”, sounding clear as the proverbial bell, brought back memories of my days on the stage, pounding away with rim shots to keep from being drowned out by our Hendrix-influenced lead guitarist who lived six blocks away from Hendrix in Seattle. He was only 15, and the rest of us were fraternity brothers at the University of Washington. No one at the bars questioned his age, because he was 6’ 2” in height. With a Fender Stratocaster at his hip, he drove the dancers crazy. 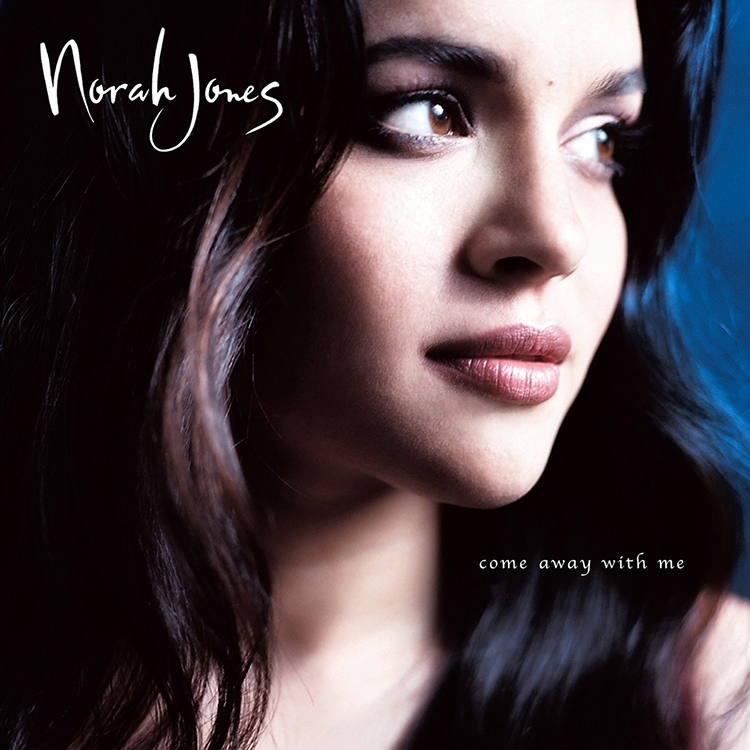 Norah Jones Come Away with Me

Come Away with Me (Telarc CD-80078) is a 2002 album by Norah Jones, whose title song is still played with regularity on every easy listening rock station in the USA. Her melifluous, yet slightly husky voice, was mesmerizing on the Benchmark DAC2.

All distortion measurements were within 80 kHz. The S/PDIF (RCA) port was used for all measurements. 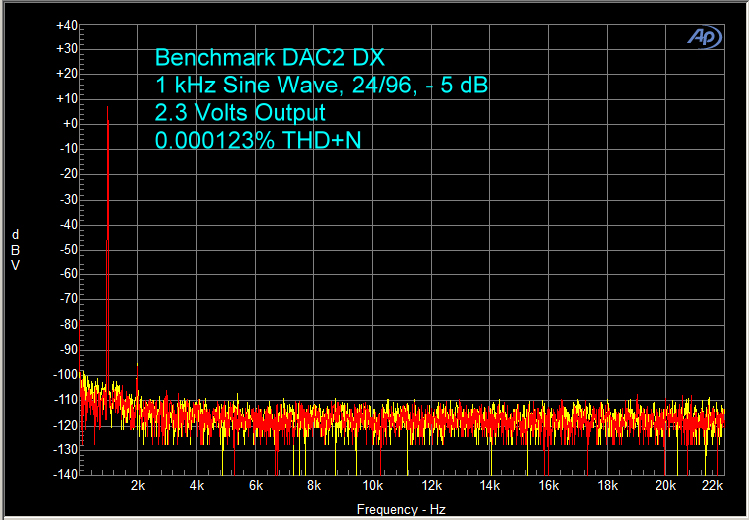 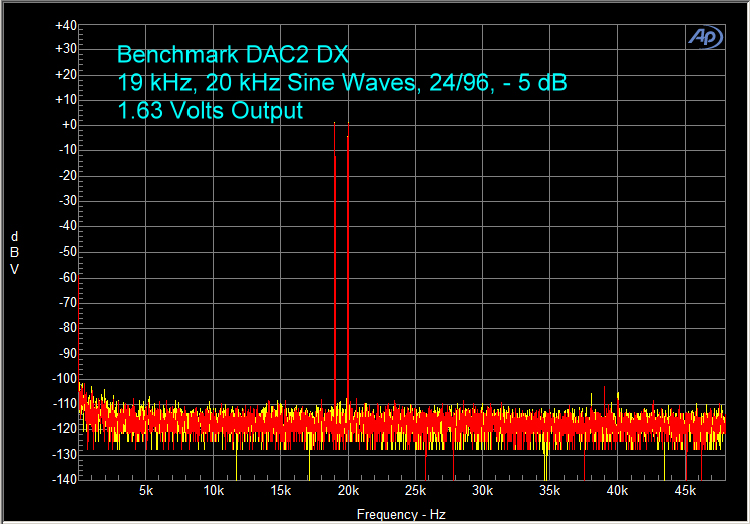 IMD was less than 0.001%, so I have to say, “Excellent”. Can someone give me a hand here? I am running out of lauditory adjectives. See any peaks at 14 kHz, 21 kHz, etc? Neither can I. Now we know why the DAC has a bit of Class A triode in it. When peaks are present, they are only at the second harmonic, which is the triode signature. 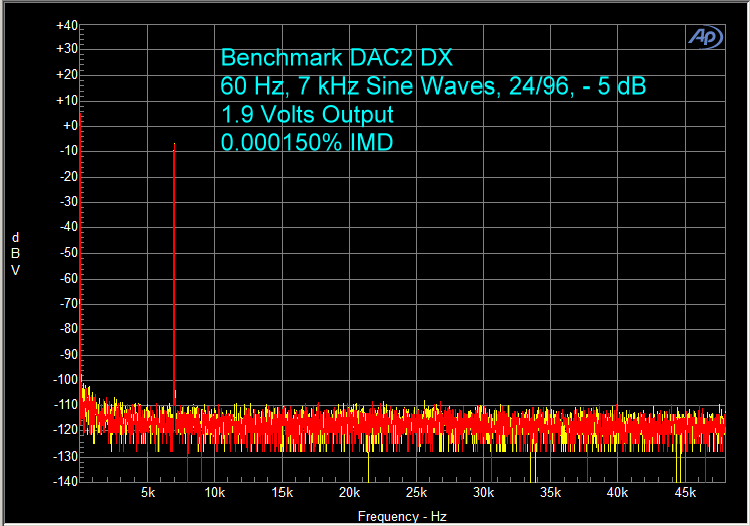 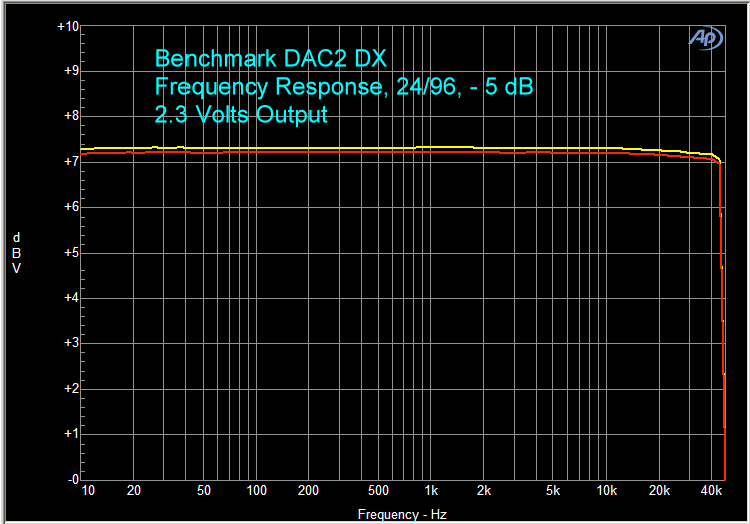 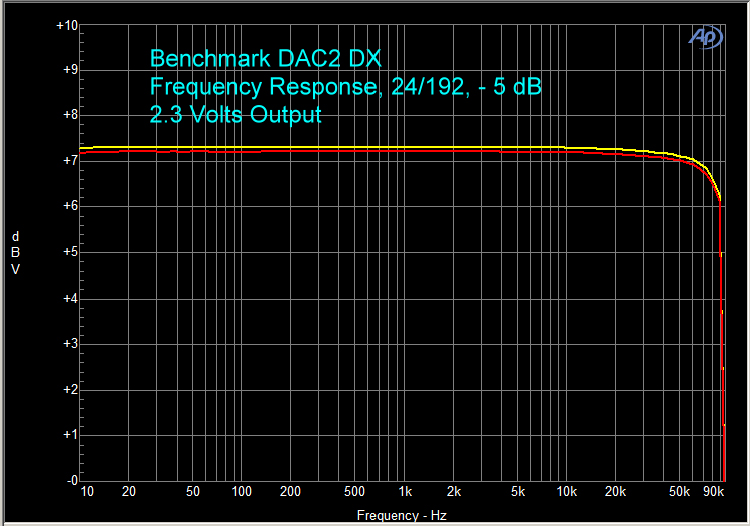 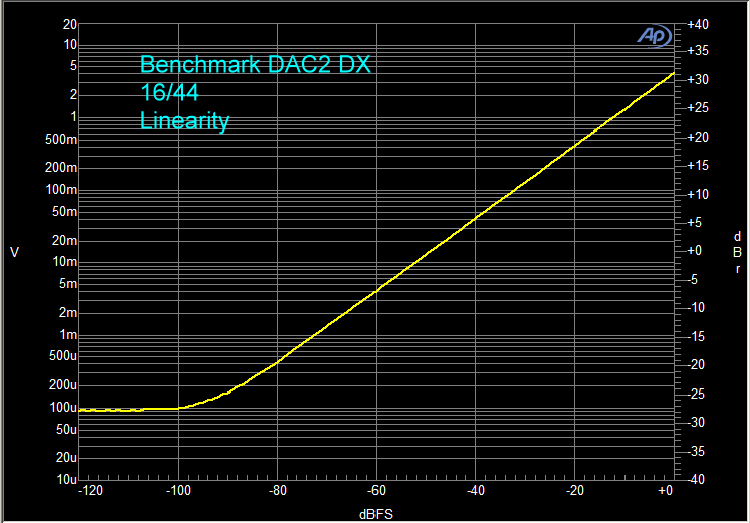 In the time domain (16/44.1), an undithered 1 kHz sine wave at – 90 dB showed no large spurs, and each of the three samples that represent one full wave were distinct. 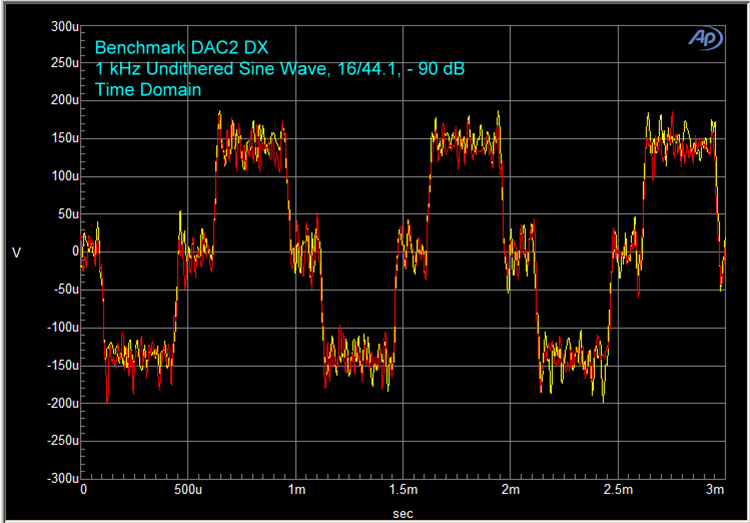 Moving to 24/96 and using the undithered 1 kHz sine wave, but at – 100 dB, the waveform was clear. This is about the limit of audbility (somewhere between 85 dB and 100 dB, depending on your hearing), so perhaps you might not notice it unless you have the volume turned up. 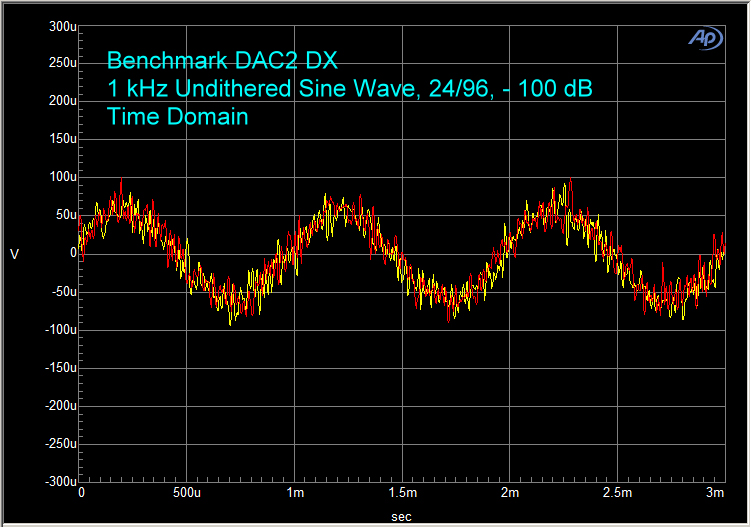 At – 110 dB, the waveform was not very distinct, so we can say that the detail presented by this DAC is clear to – 100 dB, but not beyond that. The waveform is distinguishable, on the other hand, so we cannot rule out a bit of detail at that very low level being transmitted. In any case, detail at – 110 dB is inaudible. The graphs are just for seeing what the DAC can do with the pedal to the metal. 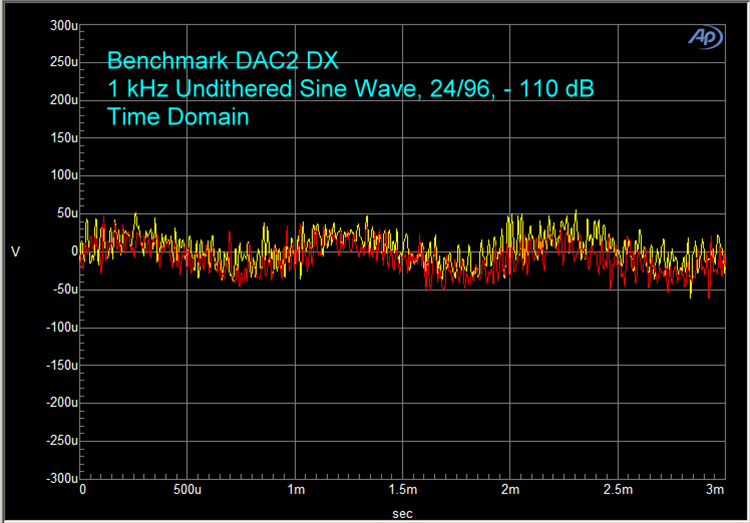 THE BENCHMARK DAC2 DX had some of the lowest distortion of any DAC we have ever tested.

The Benchmark DAC2 DX represents a product that was initially released several years ago. They perfected it over that time by small changes and addition of features. The result is a DAC that has virtually inaudible distortion, and a full set of codecs, all at a price of less than $2,000. This compares to some other DACs that are new and unproven in reliability. It makes sense to put aside that, “Got to have the latest and greatest,” attitude that most of us have, and consider a DAC that has had several years to work out all the bugs and really deliver a superior sound. For my money, the Benchmark DAC2 DX represents one of the best values in high end audio today.