Up NextIcron Technologies RG2304GE LAN 4-Port USB 2.0 Ethernet Extender System for Sending High Resolution Digital Audio Files over Long Distances
You can pair the Remedy with the DAC of your choice and transform your favorite digital source into a truly audiophile-worthy component.

The Remedy works well with the Sonos Connect, AppleTV, iPod docks, Airport Express and more. I used mine to play my music through a NAS and from my iPhone6 via a Pure docking station. The installation is a snap: Source Device>>>Remedy>>>DAC (either a stand alone DAC or one in a processor). 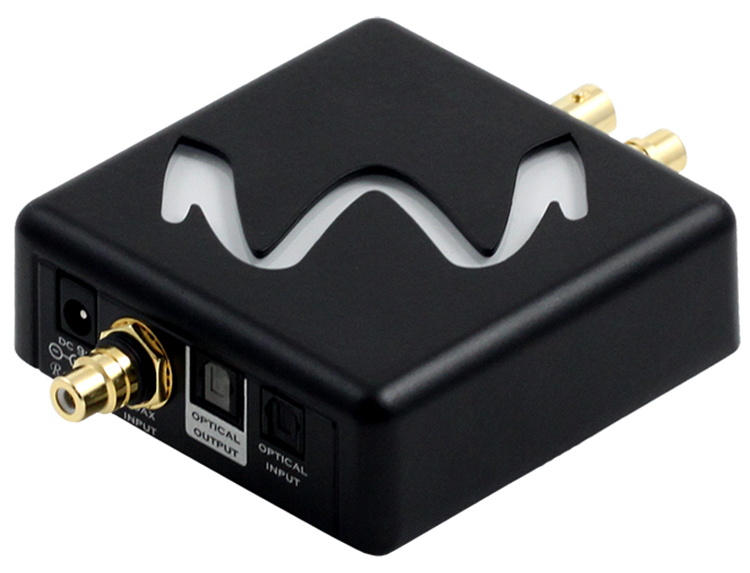 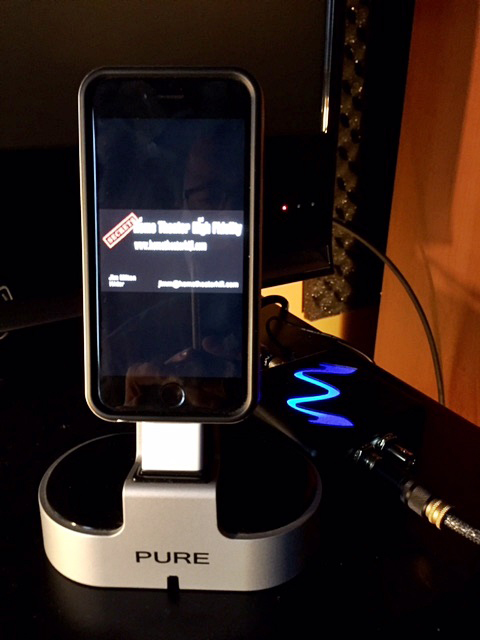 I guess that this would be a good time to explain what jitter is and what it can do to your music. Jitter can be defined as the undesired deviation from an ideal periodic timing signal from your source device to your DAC. Jitter may be observed in characteristics such as the frequency, phase, or amplitude of successive pulses. High levels of jitter can result in significant undesired system behavior in high-performance applications. 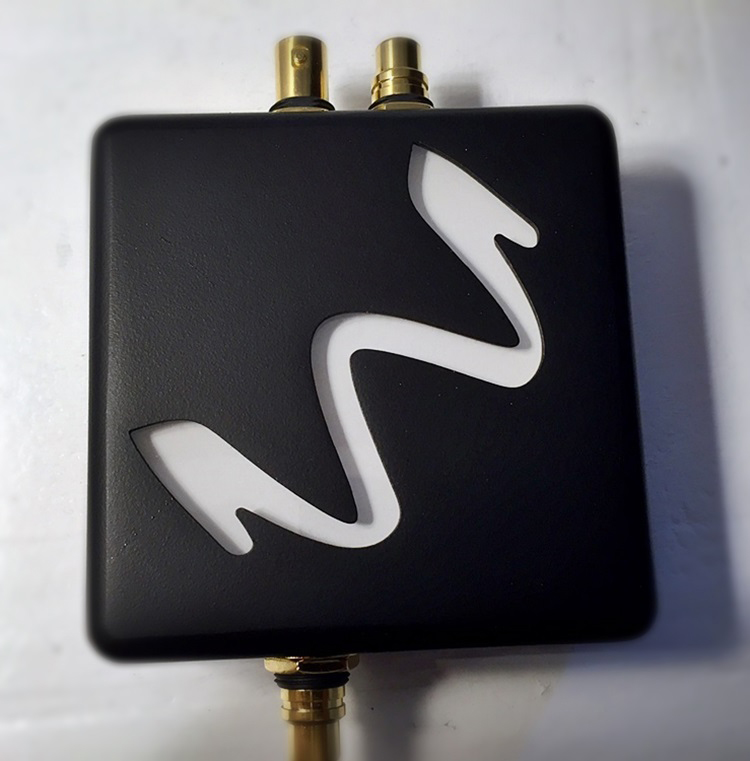 All of that is a fancy way of saying it can smear the soundstage and make your digital music sound glaring and fatiguing. Now, this leads us to the next question of the femto re-clocking device. 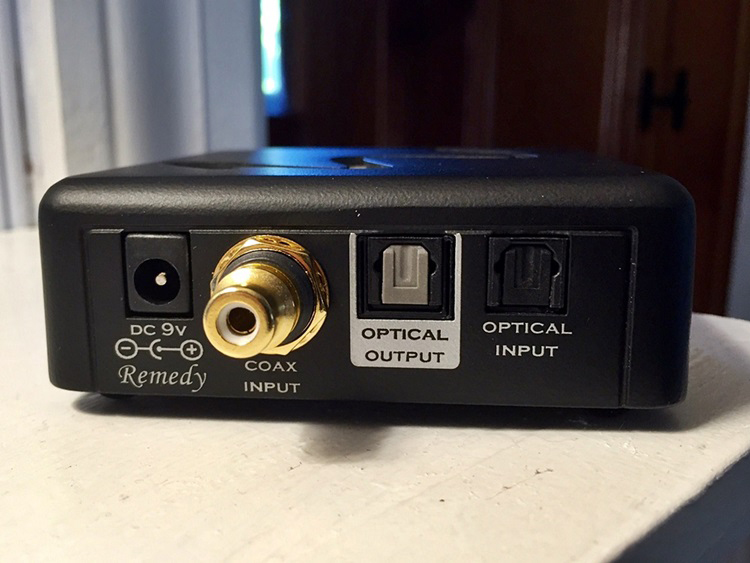 A femto clock is an advanced, high-performance clock-frequency synthesizers. Employing a simple, low-cost, fundamental-mode quartz crystal as the low frequency reference these devices synthesize high-quality, low-jitter clock signals with less than 0.5 ps of RMS phase noise, up to 1.3 GHz. (The term “femto” comes from a Danish word meaning “fifteen”, so it is expressed as .000000000000001).

Thus, the Remedy takes the digital input from your digital source, re-clocks at 96 kHz and sends it to you DAC for conversion back to an analog signal. This incoming signal then has extremely low jitter and because it has a higher sample rate, the filter used to convert it into an analog signal is pushed way beyond the range of human hearing (theoretically, anything above 44.1 kHz). 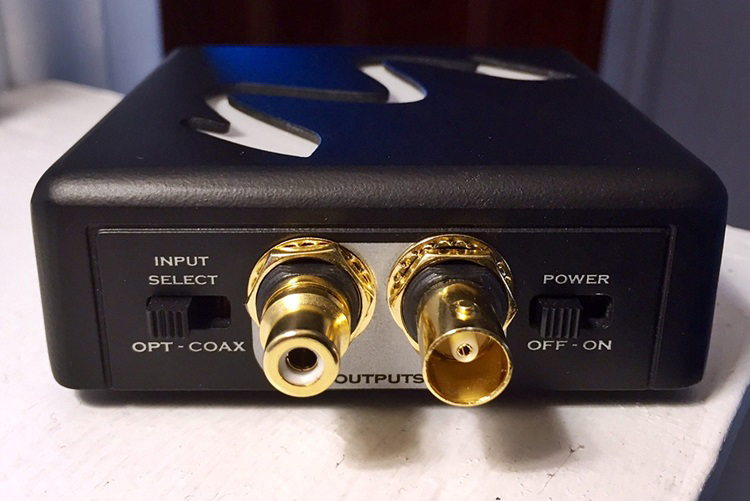 Once jitter enters your DAC, it cannot be removed. So why 96 kHz? Wyred 4 Sound decided that in order to make this device play nicely with most DACs out there, 96 kHz is a sample rate that gets the job done and is compatible most modern DACs on the market.

Now remember, the output is a fixed SR, so if you are using a higher sample rate (you know, those files you got from HDtracks at 196 kHz), it will be down sampled and output at 96 kHz. The Remedy can accept Toslink or digital coaxial. I reviewed this product using only the coax as SR greater than 96 kHz can be a problematic with Toslink and I wanted to throw everything I had at the Remedy.

Tony Holt sent SECRETS a Remedy and a Sonos Connect for this review. My initial set up with the Connect went a bit wonky and I was only able to access the music on my iPhone. For whatever reason, I could not get the Connect to “see” my NAS. I opted to replace the Connect completely and ran my entire music collection from my Western Digital My Cloud NAS (2TB) through my OPPO BDP-103, then finally into my Emotiva UMC-200 pre/pro.

This worked well because I have a lot of high resolution files on my NAS and with the OPPO Media App, I was able to play back sections of music for immediate comparison on my iPhone. I just love convenience! 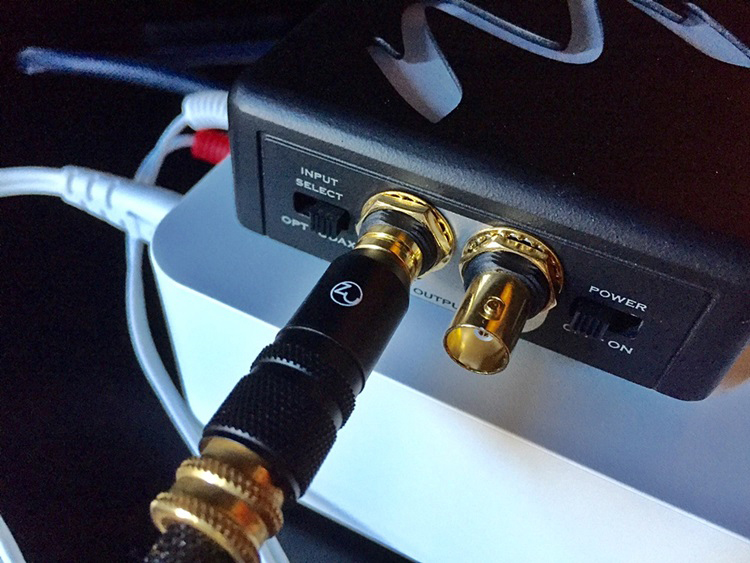 My pre/pro was connected to the OPPO via digital coax (Zu Audio Firemine) inputs. Thus, I have My Cloud Cat6>>>Oppo 103 coax>>>Remedy coax>>>UMC-200. I also have BD discs, DVD-A and CDs that I ran through the Remedy, thus the OPPO was more practical for me to use than a Sonos Connect. I could also play a CD directly through the Remedy via coax from the OPPO for direct sound comparisons. With a simple button push, I could switch the input through my UMC-200 and listen for any change in the sound quality. 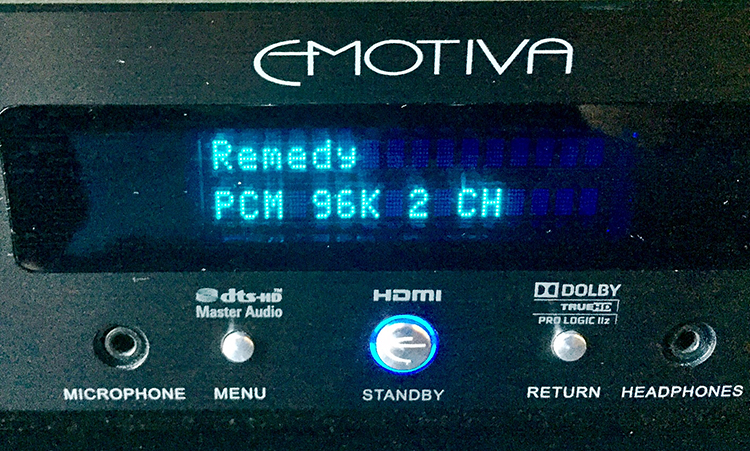 I know that this seems like a lot of work, but it really was not. The Remedy is so simple to put into you audio chain that it doesn’t even come with instructions. On the inside of the box it comes in is a simple diagram pointing out the inputs and outputs on the Remedy. It comes with a 9v wall wart for power and when you turn it on, the white wavy design on the top lights up and turns blue when it receives an incoming signal. 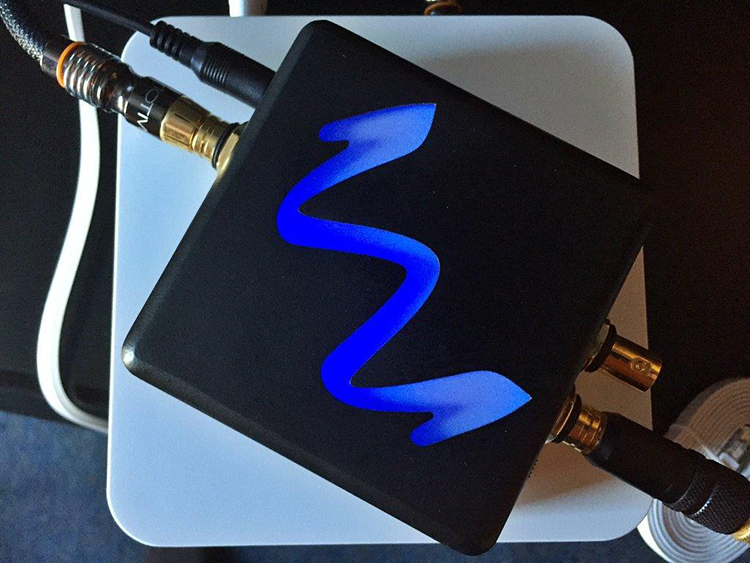 The Remedy has auto detect, thus when presented with an audio signal it come on automatically and shuts off after a few minutes of signal loss. Pretty much once you set it up; you can stick it behind your components and forget it is there. Are you still with me? So I now have a way to play digital music into the Remedy, or by pass the Remedy and compare the sound quality. From my iPhone, I can back up and replay the music clips as often as I want to with the swipe of my finger.

Now, keep in mind, the Remedy is not a DAC. Its job is to re-clock the sample rate of all incoming digital signals to 96 kHz. It does not manipulate bits. My tests are designed to see if that process improves, degrades or does nothing audible at all to the signal. Here we go:

1. 4.1 kHz/16 bit>>>Remedy: Playing CD quality music, whether a physical disc or via my NAS, through the Remedy really surprised me. 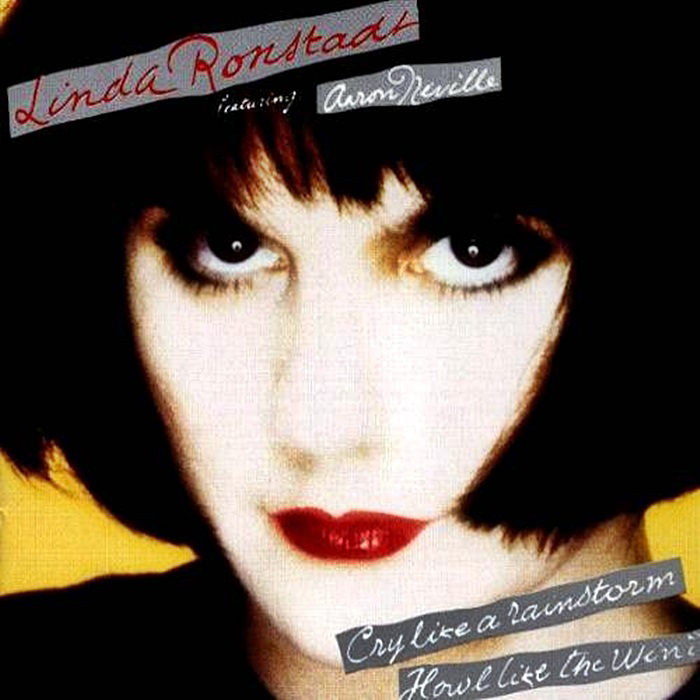 The re-clocked up sampled stream always sounded more open with better separation and increased sound stage. When listening to Linda Ronstadt singing “Cry Like a Rainstorm, Howl Like the Wind”, the backup Gospel choir was more expansive, both in depth of field as well as side to side. I can see why someone might think that they are hearing more detail, but nothing is being added that already was not in the recording.

However, the expanded sound field could trick you into thinking that you are hearing new things. This is an excellent recording that captures the “fat” sound the engineer was going for. Lots of space and atmosphere with warm, deep bass. I noticed better bass definition with the Remedy, too. Overall the music just opened up and sounded more fleshed out and dimensional. If you listen to a lot of CDs or stream at this SR, I think you are going to love the Remedy! Classical music also benefited. 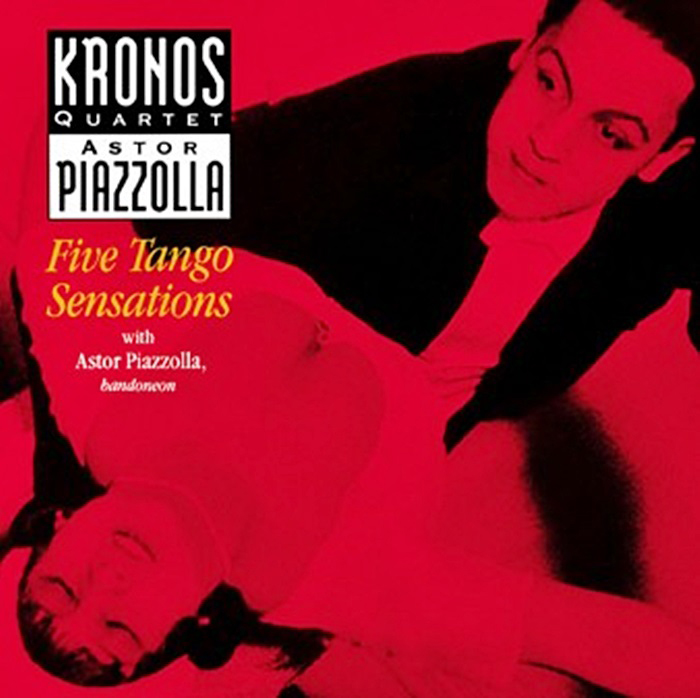 The Kronos Quartet opened up enough to give the players some more elbow room. Orchestras become deeper and wider. Over the several weeks I used the Remedy, I cannot think of a single time it did not make the music more enjoyable and engaging.

2. 48 kHz/24 bit>>>Remedy: Here I played a recording of artists doing music from Weather Report. I learned one lesson quickly. Do not send multi-channel to the Remedy as loud static burst will ensue. 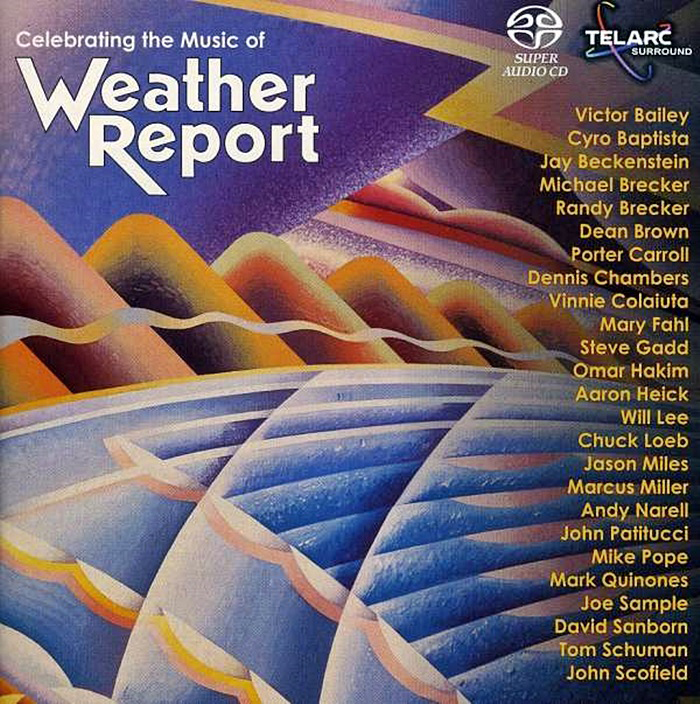 In stereo though, I still give the edge to the Remedy as it still sounded more expansive. Listening to music from my NAS in 48 kHz, the expanded sound was subtle, but still noticeable in a quick comparison. You really wont know what you are missing until you do a side by side comparison. 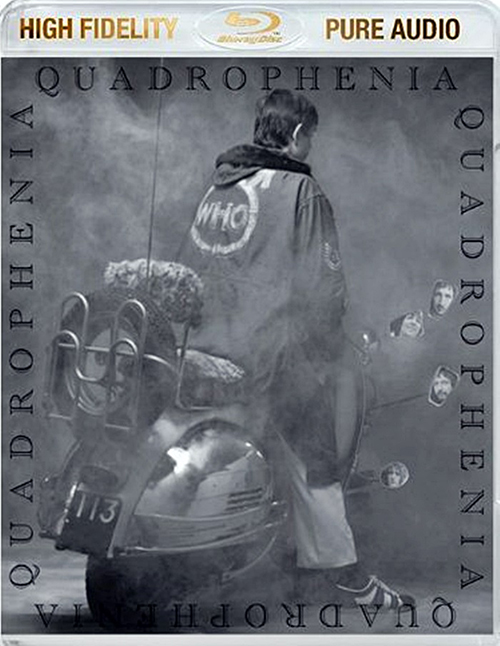 3. 96 kHz/24bit and up>>>Remedy: Now here is where I could not easily detect any audible difference. I played Quadrophenia (Pure Audio), King Crimson (re-mastered by Steve Wilson), a few AIFF files and classical selections from one of the best high resolution discs on the market (IMHO) from the Scandinavian label 2L. 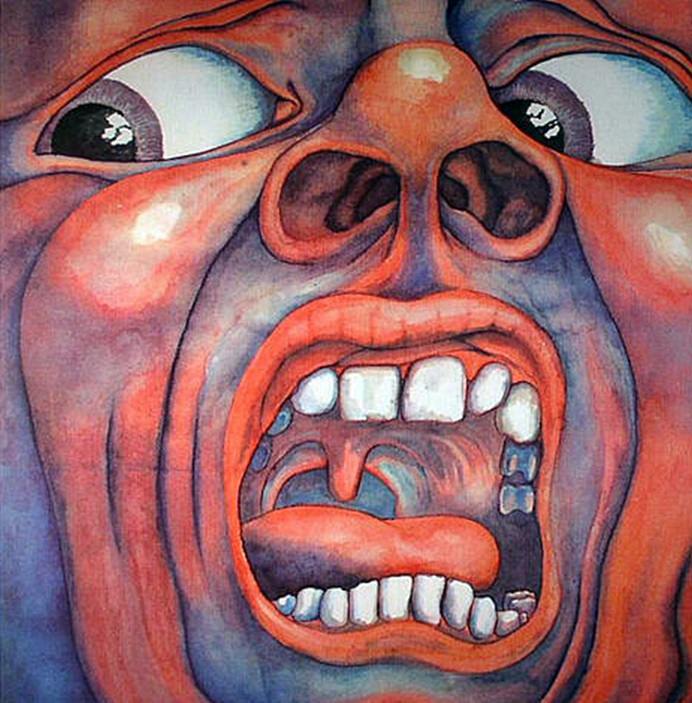 King Crimson “In the Court of the Crimson King”

I almost always favored the 192 kHz recording over the down sampled version through the Remedy. Both versions sounded fine, by the higher SR version had a touch more open air and bite. On a few instances, the music sounded the same with the Remedy engaged or not; so it became a toss up.

In my opinion, down sampling is almost always deleterious to the music, but if your source device is prone to higher amounts of jitter, you may well prefer the music going through the Remedy before reaching your DAC.

I had no preconceived notions about the effects of jitter on my listening experience. Frankly, I assumed I had no jitter problems, and I certainly had no idea what to expect from a device like the Remedy. The device is simple to incorporate into you sound chain and I must confess that it can improve the sound of your music. It doesn’t reveal sounds you “have never heard before” or “lift a veil” from your speakers, but it does open your music up and give it some room to breathe.

What I am left with is a question, though. Is the sound stage improvement due to the reduction of jitter or is it due to the increased SR? Maybe both. I have no definitive answer to that question, but perhaps I don’t need one. The Remedy works well for any music below or at its sample rate of 96 kHz. Above that, you probably will want to stick to the native higher SR. I would think that most streaming services are well below 96 kHz and the “ less than audiophile quality” source devices probably contain more jitter, so this product should make a noticeable improvement. If you have a vast CD collection, I think that this is a no brainer.

If you’re streaming from a device that has a DAC that is not top notch, jitter could still be a real issue for you. For me though, most of my music is already at a higher SR and a lot of my music listening is in multi-channel, which the Remedy cannot handle. Still, I liked what the Remedy did with my robust CD collection. I have invested a lot of time and money into it and the Remedy improved the sound and thus my enjoyment of the music. ..and that is worth something in my book. If your music is sounding dull and lifeless lately, this Remedy may be your cure.