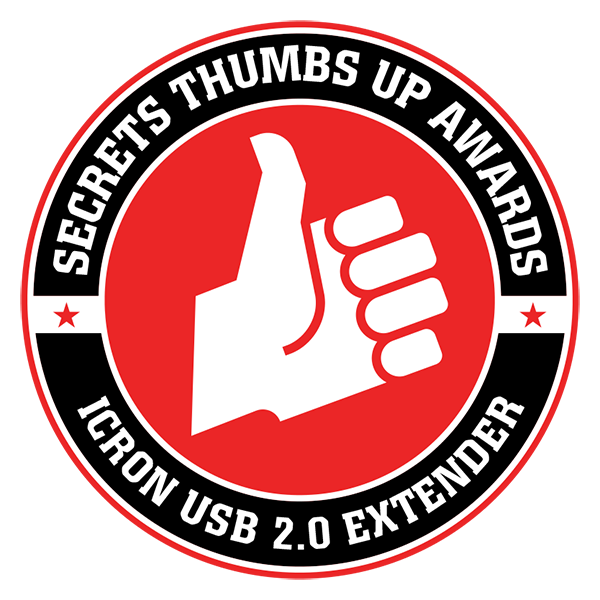 Icron has introduced its latest USB extender, the RG2304GE LAN 4-port USB 2.0 Ethernet Extender System, which enables users to leverage the existing network in their home or office. Simply connect the local extender to a LAN port in one room and the remote extender to a LAN port in another room, and the two extenders will find each other over the network to form a link, connecting the USB peripheral (such as a DAC) to the Host device, typically a computer.

The Icron RG2304GE LAN is an OEM product, and is available from companies that license it to sell with their own brand name, probably with some circuit customization. OEM stands for Original Equipment Manufacturer. Let’s assume Company A wants to increase its line of products to include a particular item, called Product X. Company B is an existing factory that has the capability of manufacturing Product X, with custom circuitry that Company A wants Product X to have. So, Company A contracts with Company B to manufacture Product X, and Company A then adds Product X, with Company A’s own brand name, to its line of products available to consumers. Many companies do this. It is a smart and very strategic way of having a wide variety of products, and the most important result is that consumers will be able to purchase Product X at a lower price than would otherwise be the case because Company A does not have to spend money on design R&D, nor have to build Product X themselves in additional, and very expensive, fabrication floor space.

The RG2304GE LAN 4-port USB 2.0 Ethernet Extender System is designed to work across Ethernet cabling or LAN, but not WLAN. Their technology can be adopted for different transmission mediums, but they require certain latency, sustained bandwidth, and BER to deliver good USB performance. These parameters are hard to be guaranteed in a Wi-Fi environment. This is why Icron does not recommend using wireless for USB audio applications, but rather, to use the extender with Ethernet cable.

The RG2304GE LAN 4-Port USB 2.0 Ethernet Extender System supports all USB compliant devices (including isochronous devices such as webcams or audio devices) up to 480 Mbps. 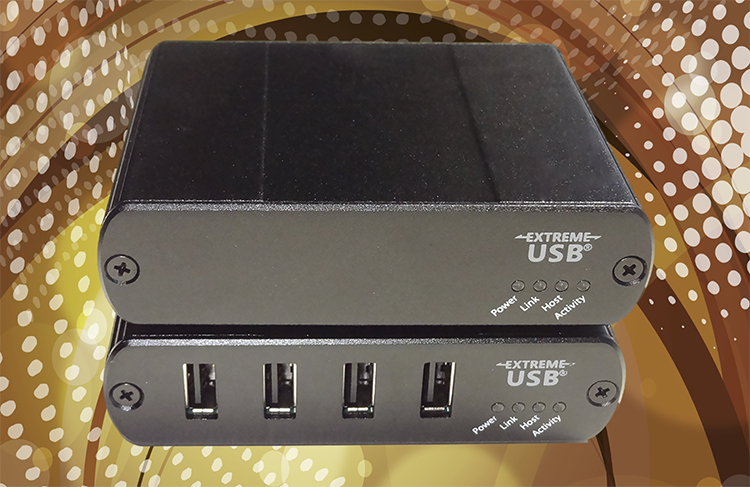 It was not that long ago that sending digital files over USB or HDMI was limited in terms of the cable length that could be used.

Now, digital files can be sent wirelessly by Wi-Fi, Bluetooth, or by long cables. Wi-Fi and Bluetooth are limited by the distance from the sending component and the receiver, especially high resolution bitstreams.

Using cable is a much more reliable way of sending digital files, high resolution or not.

The problem with using cables for long distances is that they have to be pulled through the walls like electrical wiring. So, such extenders are mostly suited for custom-install configurations, although if you are handy with pulling wiring through your walls, you can do it yourself.

The second box has a 24 volt DC wall-wart that keeps the output at 5 volts, which is the standard voltage in computer outputs.

USB audio peripherals and Audio-over-USB is becoming much more common these days as people use their computers, tablets, and smart phones as the storage points for their music libraries. The Icron RG2304GE LAN was designed to ensure all USB compliant peripherals operate seamlessly over much longer distances than the USB specification, and it handles audio signals very well.

The front panel has LEDs that indicate Power – 24 volt wall-wart, Link – which indicates that the two boxes are linked together, Host – indicating that the computer is connected, and Activity – indicating that a signal is being transmitted.

There are four USB ports which are used when the device is connected to several peripherals, such as a keyboard and USB thumb drive. I used only one USB port, which was connected to an OPPO BDP-105 Blu-ray player’s USB jack that is designed to be connected to a computer for playing music.

There are much less expensive (and more basic in design – mainly non-powered, and therefore, passive, which means there will be a voltage drop) USB extenders available, which can be seen on Amazon.

However, there are a number of conditions that make the Icron USB extender the better choice:

Cheaper USB extenders may not be USB IF compliant. What this means is that it might pose potential interoperability issues, such as not being compatible with certain USB devices. The Icron extender is intended to work seamlessly and transparent to the PC and devices.

Ground loops can be a problem when using USB audio devices. It generally happens when there is more than one ground path between two devices. This can result in audible artifacts such as hum and whining noises. The ground shared with the computer is also often quite “dirty”, as it is shared with the computer’s circuitry, processor, and possibly other devices in your house. It can be of great benefit to break the connection to the noisy ground and create a new separate ground. Icron’s extender system features a separate ground at the remote side, (the side the peripherals connect to) for a much cleaner signal, especially for audio devices.

Robustness is also a strong point of the Icron USB extenders. They have been tested with professional equipment and used in many industries, including medical and the military, where failure is not tolerated.

Another benefit of the Icron extender is standard Ethernet framing, which means it can go through any LAN network via Ethernet switches. 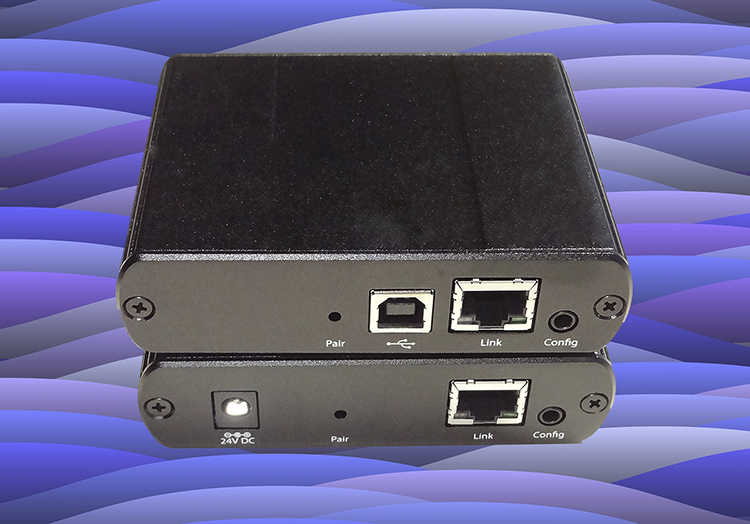 As I mentioned above, I connected the top box in the photo above to my computer, using a USB port, and the bottom box in the photo above to an OPPO BDP-105 Blu-ray player, with its USB port. The two boxes were connected together with 100 feet of Cat6 Ethernet cable. Additional equipment included a Pass Labs XP-20 preamplifier and two Pass Labs X600.8 monoblock power amplifiers. Speakers were two Carver Amazing Mark IV ribbons, and the cables were Mogami and Wireworld.

Note the photo below which shows the terminals of the two USB cables that are needed. The plug of one USB cable, indicated by the green arrow, was plugged into the computer. The plug indicated by the red arrow was connected to the socket on the left, on the top box shown in the photo above. An Ethernet cable, in my case being 100 feet of Cat6 cable, connected the two boxes together, using the two Ethernet ports shown in the photo above. 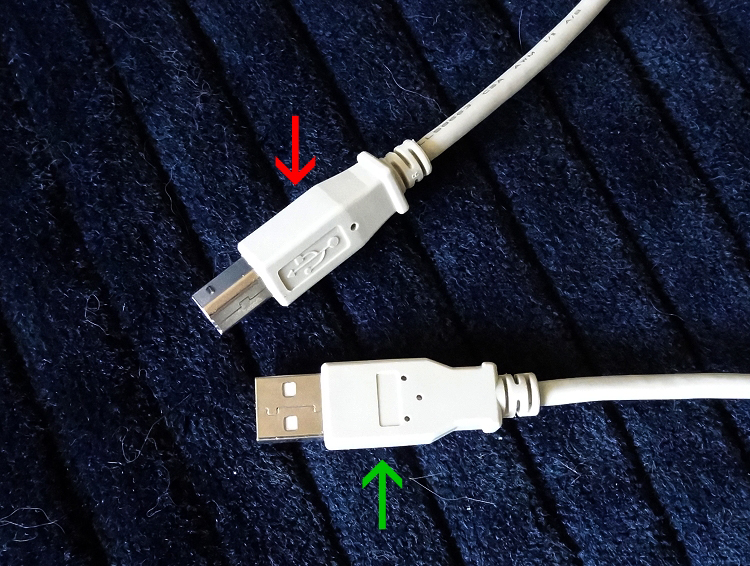 I played a number of albums that are stored both on my computer, using the Icron and a 100 foot Ethernet cable, as well as a hard drive that is connected to the OPPO BDP-105 Blu-ray player through one of its several USB jacks with a 12 inch USB cable. I compared how music tracks sounded through the two sources. They sounded exactly the same.

For the bench test measurements, the bandwidth for THD+N was 80 kHz.

I created a bench test signal consisting of a 40 kHz PCM sine wave, with 24/192 sampling. I played it using music playing software on my computer, which was JRiver Media Center 21, with the digital signal being sent to the OPPO BDP-105 through the Icron RG2304GE LAN USB Extender and 100 feet of Ethernet Cat6 cable. I also played the file with the digital signal being sent from a hard drive which was connected to the BDP-105 through a 12 inch USB 2.0 cable. The stereo XLR analog output of the BDP-105 was connected to an Audio Precision spectrum analyzer, and I compared the spectra from the two sources.

Here is the audio spectrum of the 40 kHz sine wave, sent through the Icron USB extender. You can see that the resulting signal was very clean, with most of the noise well below -120 dB. 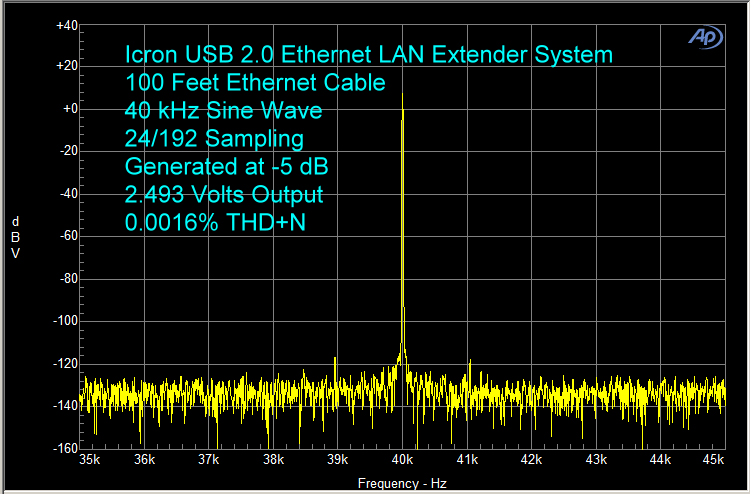 Now let’s take a look at the spectrum, shown below, from the digital signal sent to the BDP-105 from a hard drive through a 12 inch USB 2.0 cable. The Audio Precision numbers were exactly the same. The baseline noise was a bit lower than shown in the first spectrum, above, from the Icron RG2304GE LAN USB Extender, but that is to be expected when 100 feet of cable are used, as the long cable acts as an antenna for RF (Radio Frequency) noise that pervades our environment. However, the slight increase in baseline noise in the signal sent through the Icron RG2304GE LAN USB Extender was far below audibility, and did not change the THD+N number out to four decimal places. 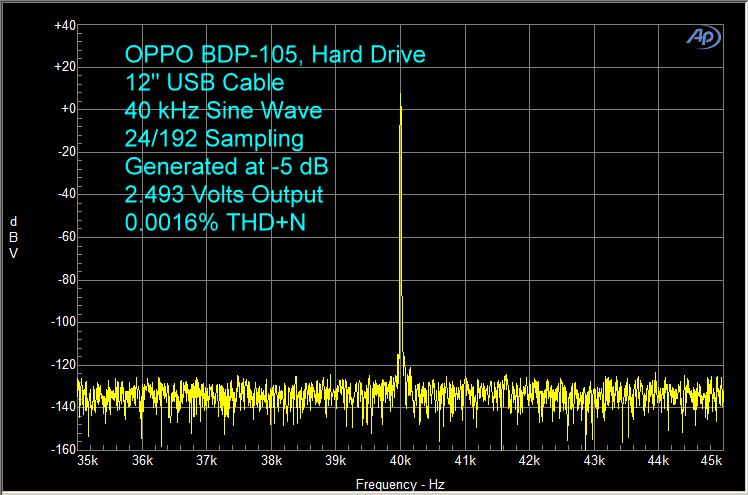 The Icron RG2304GE LAN 4-Port USB 2.0 Ethernet Extender System is a Very Useful Tool to Play Your Music Files on Your Computer and Send the Digital Bitstream to a Receiving Audio Device Several Rooms Away.

The Icron RG2304GE LAN 4-Port USB 2.0 Ethernet Extender System (available from companies with their own brand name) is a very useful product if you want to play music from your computer by sending the digital audio bitstream, via Ethernet cable, to a digital receiver, such as a Blu-ray player that has the proper USB port, and where the player is located at the other end of your home that is too far for use with your wireless router. I see the Icron USB extender mainly as a custom install item, but also for the consumer who is handy with pulling cable through the walls.

Icron has improved the USB extender since I obtained the review unit, and, in 2017, Icron will also have extenders that will be compatible with 4K video transmission over long distances. To find out from whom the USB extender is now available, as well as a description of the other new products that are coming (probably second quarter 2017), contact Icron on their website using the “Contact” button at the top of their home page.