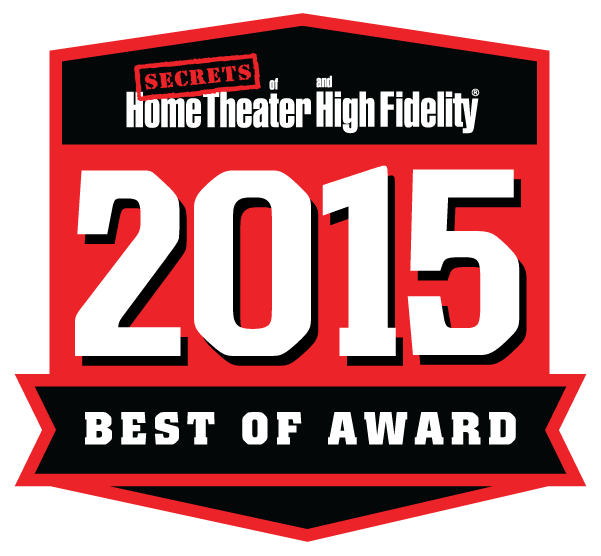 Secrets of Home Theater and High Fidelity has long been a leader in reviews of all categories of home theater and audio gear. This review covers the updated phono preamplifier from Parasound’s premier Halo line. Parasound’s uncompromising approach has resulted in a truly stunning piece of gear.

Seven years ago, Parasound asked legendary designer, John Curl, to create a phono preamplifier for its Halo line. The design goals were ultra-high performance and low noise, in the spirit of Curl’s legendary Vendetta phono preamp. Three years later, Parasound introduced the JC 3 phono preamplifier. While very well received, the JC 3 did not offer much in the way of loading adjustments. For MC cartridges, there were two resistance settings, 100 ohm or 47k ohm. Some people probably didn’t care about that “limitation”, but others undoubtedly did and stayed away. With the arrival of the JC 3 +, loading limitations are history and instead of compromising it, performance was actually improved. Parasound tweaked the phono module board, which has resulted in an improvement from 75dB to 87dB in the MC signal-to-noise ratio. Parasound claims that significant improvements were also made to the power supply. The price increase over the JC 3 is $645. 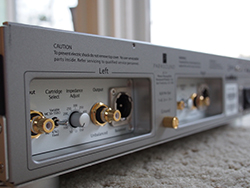 Design and Setup of the Parasound Halo JC 3+ Phono Preamplifier

Phono preamplifiers come in a wide variety of shapes and sizes. The JC 3+ makes its first statement via its generous size and weight. Pry it open and you’ll start to realize why. 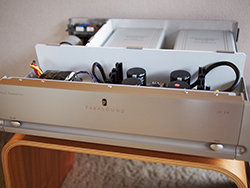 As you can see, the internal layout features three zones of isolation. Most strikingly, the left and right gain modules reside in their own aluminum housings. The first time I opened it, the JC 3+ struck me as something I’d need Jack Bauer to defuse. It certainly looks expensive. 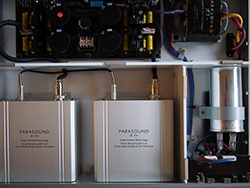 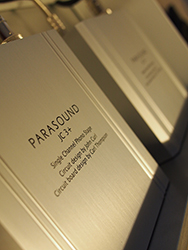 The JC 3+ also has its own built-in AC line conditioner as well as a dedicated setting (via the front panel) for mono records. At the rear panel, you will find that each channel has a three-position switch for cartridge loading. The options are 47k MC, variable MC, and 47k MM. The variable MC loading range is 50-550 Ohms. For my Dynavector 20X2L, I selected variable MC and used 100 ohm. You also have the choice between single-ended or balanced output. I used the single-ended outputs exclusively.

The Parasound Halo JC 3+ Phono Preamplifier In Use

What most surprised me after I invested more and more money into vinyl playback was the jump in dynamic capability. Just when I thought I had my system pretty dialed, the JC 3+ took it to another level. Not night and day, but noticeable, important differences for sure. The most striking thing was simply more attack. Constant attack, nuanced separation of individual notes, speed, speed, speed, and bass. A really good example, one I returned to over and over throughout the review period, is Heart’s 1976 debut, Dreamboat Annie [Mushroom Records (MRS-5005)]. I don’t ever remember thinking this album was anything special, but that’s probably because I never actually heard much of it before. Through the JC 3+, Ann Wilson’s vocals have an urgency that is almost disorienting, especially on the familiar “Crazy on You.” The first side of the record is so strange and interesting to me. It seems to alternate between the hard rock of the 70s (“Magic Man”) and 60s Psychedelia (“Soul of the Sea”). There is some moog synthesizer, odd combinations of acoustic and electric guitar, bells, ocean waves, banjo, and probably much more. And again, that’s just side one!

Even though I don’t have many mono records, I was curious about that button on the JC 3+, so I grabbed The Village Green Preservation Society by the Kinks [Sanctuary NPL-18233]. I never tire of this album, especially side two. Most memorable to me is the final track, “People Take Pictures of Each Other”, in which the Kinks predict (and mercilessly indict) Instagram, 40 years before its creation. With the JC 3+ mono switch activated, the vocal and instrumentation seemed slightly more focused. When I disengaged it, the sound seemed a bit washed out and diffuse, which was especially noticeable on the vocals and keyboards. In terms of dynamics, this album is not a fireworks show, but it does give the JC 3+ to shine in a different way, by showing you how dead silent background noise can be on a clean record.

I don’t think there is a day that goes by that I don’t listen to at least one side of a 90s-era hip hop record. One of my favorites is Diamond D and the Psychotic Neurotics’ 1992 opus, Stunts Blunts & Hip Hop [Chemistry Records]. While I fear this record is digitally sourced, what the JC 3+ provides in the nether regions is very impressive. I had really only one thought: damn, that’s thumping! And while there’s not a lot of nuance to the drum tracks, the important thing is what the JC 3+ manages to dig out: the horn blast samples, the telltale 90s’ scratching, and the overall fun, wild vibe of the album.

Three grand for a phono preamplifier is, in my view, a ton of money and I would never take lightly recommending such an expensive component. However, believe me when I tell you the JC 3+ is one of those rare products that justifies its ticket. In my system, it unlocked the promise of both the cartridge and the turntable, taking both to heights of resolution and attack which had been suppressed until its arrival. I don’t listen to vinyl nearly as much as I’d like to, but I’m confident that how the JC 3+ breathes life and energy into music is exceptional. After you’ve experienced it, it seems impossible to take even the smallest of steps backward. It invigorates everything it touches. The extraordinary thing is that every time you listen, it feels special and reminds you that this strange alchemy called audio sometimes fulfills its promise.