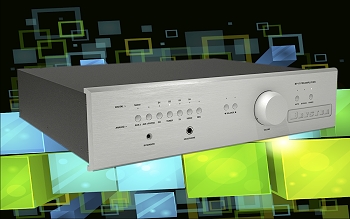 Bryston is the only high-end audio company I know of that offers a 20 year warranty on its products. They manufacture some very expensive preamps and power amps, but even the least expensive product carries that warranty. Why? Because they have massive build quality. The BP17 stereo preamplifier exemplifies that approach, and it is in the middle of their preamplifier line-up, which includes the BP6 and BP26. The BP17 offers an optional phono preamp and DAC. I received the basic BP17, without those two options.

The BP17 is fully balanced from input to output, meaning that each channel actually has two preamplifier circuits, with one path inverted. The two signals are combined at the output, and any electrical interference that gets into the circuitry along the way is cancelled out. I see more and more preamps and power amps in a true balanced configuration, and this is good.

All inputs use relays instead of the less expensive, but noisier, CMOS switch. Analog and digital circuits (digital in the BP17DA) have their own power supply for isolation of the high frequencies in digital signals from the audio band signals in the analog circuit.

Chris Russell, Chief of Engineering at Bryston, describes the circuit design: “The signal comes in through the selector relays, to discrete input buffers. The input buffers have a gain of 6 dB. (That approach places the gain before the volume control to reduce output noise, and the input buffers have +/- 24 V of headroom in two polarities, a total of +/- 48 V, so there’s no chance of overload.) There are in fact two buffers per channel, one inverting and one non-inverting, resulting in the signal being in balanced mode internally. The signal goes to the volume control chips (integrated resistor ladder networks) in differential mode because doing so results in a roughly 10X reduction in distortion. After the volume control chips, the signal routes through a discrete differential amplifier (which cancels any even harmonics that the volume control chips could contribute), to output buffers which are unity gain, then to the output connectors. With respect to the balanced XLR output connectors, the – output is routed through a discrete inverting unity gain buffer.”

The inputs are all RCA (single-ended), so after the signal comes into the BP17, it is converted to a balanced signal by an inverter, so that one path continues on non-inverted, and the other path along side is inverted, the two paths being the balanced circuit.

On the front panel, from the left, are buttons to select the input, and if you purchase the BP17DA, you can select one of the digital inputs. Two balance buttons are off by themselves next to the volume control. There is also a convenient headphone jack, which is nice, because headphones, and vinyl for that matter, are making a huge comeback. Speaking of vinyl, the BP17P has a phono stage.

The chassis is very attractive with a thick silver-colored brushed aluminum front plate.

The rear panel has a mirror image arrangement of the inputs and outputs for each channel. The AC receptacle is three-prong grounded. 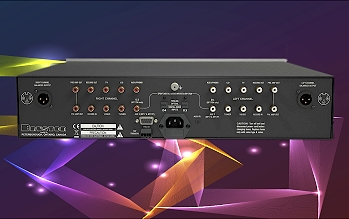 Lang Lang’s The Concert: Live at the Roundhouse (Sony 8-8697-89143-9-2) shows Lang’s virtuosity and mastery of the classic piano, and what better way to show it than with 10 solo pieces by Franz Liszt? This Blu-ray music disc is PCM stereo, and at high resolution sampling. From one end of the keyboard to the other, Lang’s fingers moved (the disc has an HD video of the performance) deftly across the ivories, and the BP17 kept up the pace. Low IM from the BP17 allowed every harmonic of each note to be audibly felt, and the transients (attack) with each note were sharp and detailed. Terrific music, terrific DAC (not a very romantic sentence, but I’m sure you get the point). 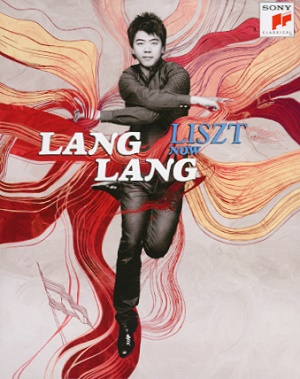 Guitar is another instrument that can cause havoc in an audio chain. The leading edge transients of the strings when plucked, especially in the Flamenco style, can make or break the sonic experience. This SACD is a remastered 1962 recording of Julian Bream (RCA 8-8697-04606-2-0) demonstrated the BP17’s ability to resolve those transients. They were crisp, but without harshness. 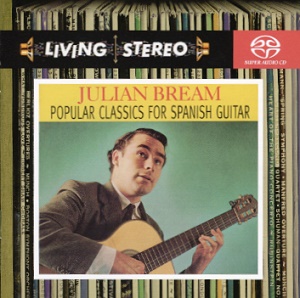 Saint-Saëns is famous for his “Organ” symphony, Symphony No. 3, and it is a good test to see how a component delivers in the lowest octave, because many of them roll off not only at the high end, but the low as well. The frequency response in the Bench Test section shows you what I heard . . . and felt, as my pants legs flapped a bit against my legs. Combine the organ with a full symphonic orchestra, and you have a massive stewing pot filled to the brim with frequencies that have to be kept discrete in the audio chain. The BP17 did so, and with verve.

A listener not familiar with this piece might wonder, during the first movements, if there is an organ playing in the background, as it is very low volume. Then comes the big bang, and it sounds like the organist has both hands and both feet on the keyboard. There are numerous very low pedal tones, and here is where a lesser preamp might drop the ball. But the PB17 kept the game fully in play. This particular recording is an SACD remaster from the original tapes made in 1959 (RCA 8-28766-13872-6). 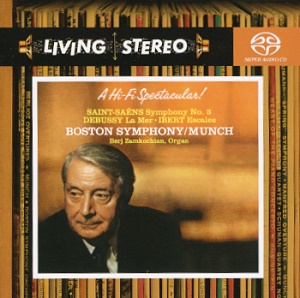 All distortion measurements were taken from the XLR outputs and were within an 80 kHz bandwidth. The load was 100 kOhms except where noted.

THD+N vs. Frequency is shown below. Regardless of the output, distortion remained below 0.004% throughout the audible band.

THD+N vs. Output Voltage indicated a robust power supply, as even the 600 ohm torture test yielded usable output with low distortion. Maximum output appears to be about 15 volts RMS.

The BP17 represents a good middle ground product in Bryston’s preamplifier line-up. It has low distortion, plenty of output capability even into low impedance loads, and several optional features such as a phono stage and DAC. Solid build and essentially a lifetime warranty round out the BP17, making it an obvious product to consider in setting up, or upgrading your two-channel audio system.