I had a chance to take a look at Yamaha’s top of the line multi-channel amplifier, the AVENTAGE MX-A5000. I enjoyed my time with the MX-A5000. The unit easily handled anything that I threw at it from a content perspective and provides a level of installation flexibility that I’ve never before seen in a multi-channel amplifier. Installation and set-up is far from straight forward, but if you are looking for a unit that can handle a complex home theater setup or like to power your speakers in interesting ways, I’d most certainly encourage a look at the MX-A5000.

Yamaha makes a lot of stuff. I own a Yamaha Vino 125 scooter that you can spot me on regularly during the months of June, July and August. Mine is the grey one – surfboard carrier attached. But the company has its roots in music and for as long as I’ve been involved in this hobby; Yamaha has been a well respected manufacturer of audio gear. I had a chance to take a look at the company’s top of the line multi-channel amplifier, the AVENTAGE MX-A5000. The MX-A5000 is one of the more unique amplifiers I’ve had in my home. With 11-channels of 150WPC power, and a design that allows for a dazzling array of set-up options, the MX-A5000 is easily the most flexible amp I’ve ever had a chance to review. The sound of the unit is clean and unobtrusive and is a terrific option for those looking for the ultimate in installation flexibility.

The MX-A5000 weighs in at 56 lbs. While it’s not the burliest amp I’ve reviewed, it is solid enough in stature that I’m certain the UPS man was cursing my name as he brought it to our front door. The MX-A5000 arrived as expected – well but not overly packaged. The unit itself has an understated look: black with a large power button in the center and a speaker selector switch on the lower left. When powered up the power button is encircled with a blue light that is pleasing and not distracting. The power indicator is dimmable should you find it a little too bright for your tastes.

As I turned to the back of the unit I was greeted with a mind numbing array of inputs and speaker terminals. I was honestly flummoxed. I saw 11 balanced and unbalanced inputs. That made sense from a top-level – but there is one channel 1…a channel 2 left and right? Above each channel was a toggle switch for Channel Selection. What’s that all about? And the speaker terminals (nice quality, gold plated) – I count 13 – where did the other two come from? I swallowed my pride and grabbed the box to root out the manual. 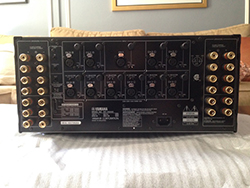 Unfortunately, but not unexpectedly, I found the manual provided only marginal assistance. I skipped the section entitled “Advanced Speaker Configuration” and made my way to the appendix where a somewhat complex figure appeared to map out how audio signals were distributed within the system. When I thought that I had a decent understanding of what was going on I made my first attempt at connecting my Marantz AV8801 to the MX-AV5000 and the MX-AV5000 to my B&W 805D and HTM4’s and Paradigm Studio 10 surrounds. I fired up my system…and nothing happened. Hmmm… 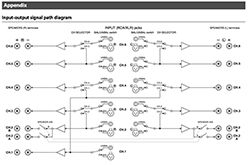 I finally did get sound out of my speakers, but it took a bit of messing around. If you haven’t picked up on it yet, the Yamaha A5000 logic isn’t straight forward, at least to my brain. I’m not going to walk through all of the settings here, but I will walk through what the various configuration options will allow you to do. In its most basic configuration you can bring in 11 channels of audio, and amplify those 11 channels to 11 speakers. So if you have a setup with heights, widths, etc – you’ll be all set (this amp would be terrific for a full blow Dolby Atmos set-up). Stereo in a second or third zone? No problem. Bi-amp or even Tri-amp your main speakers? Yup. Two pairs of front speakers (say for theater and music)? No problem. Multiple speakers for one channel? That to. Essentially, Yamama has built in flexibility that’ll allow the A5000 to accommodate a speaker configuration you might be able to think up.

Once I got the speaker configuration hammered out, I was ready to dive in.

Phish released its first studio album in five years this past summer. True to form the album is engineered flawlessly, this time by Bob Ezrin (Lou Reed, Pink Floyd, Peter Gabriel), and provides excellent demo material for any system. 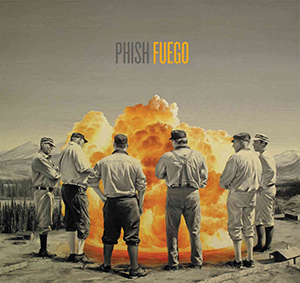 Fuego is a more melodic album than Phish has produced in the past. Songs like “Waiting All Night” and “Wingsuit” bring in a new easiness that reflects the bands maturity (30 years and counting). The best compliment that I can give the A5000 is that it disappeared behind the B&W 805D’s, adding little discernable color to the music and allowing me to hear the B&W’s unencumbered. The A5000 easily handled the changes from the dreamy sounds of “Waiting All Night”, to the jam/funk of “555”. Anastasio’s guitar remained well balanced throughout, and there was ample power to handle Fishman’s often frenetic drum lines.

The B&W805’s are fully capable of running on their own without a sub – and for all of this listening I chose to run them in that fashion. The A5000 had no trouble handling the lower register and Gordon’s powerful bassline on tracks like “Halfway To the Moon”.

Like many teens, I had a Led Zeppelin “phase” and I still love “getting the Led out” from time to time. I continue to be pleasantly surprised with the recent renaissance that Led Zep frontman Robert Plant has gone through in the last several years. While some rockers from the 70’s have made careers playing the same music for decades, Plant has found a way to reinvent himself in the most exciting of ways. I dug the bluegrass focused “Raising Sand” and have had “Lullaby and…The Ceaseless Roar” on constant rotation recently. 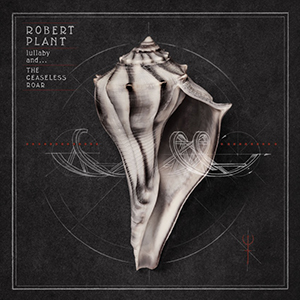 The first release from this album was Rainbow. As he’s aged, Plants voice has taken on an ethereal and delicate quality; its still the same voice we heard wailing in “Whole lotta love” – but its been mellowed with age. That delicateness was easily conveyed by the A5000, and the subtleties of the track remained fully intact. Through the entire album, the A5000 remained neutral and uncoloring.

On multi-channel material the A5000 also performed quite well. I made use of several titles in my evaluation, including the 3D Blu-ray for Avatar – which has an impeccable DTS-HD soundtrack. 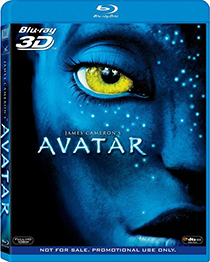 I had no issues at all with how the AV5000 handled Avatar. Powering my 5-channel setup, there was ample power available for a punchy and dynamic presentation. A terrific example of this is when Jake attempts to ride Mountain Banshee for the first time. This scene is a workout for any amplifier, and the AV5000 handled the huge swings in stride.

Whether in daily use on regular watching, or with more detailed and deep Blu-ray presentations, the AV5000 acted exactly as I want an amp to act: capable and unobtrusive.

The AV5000 was the first piece of electronics from Yamaha that I have ever had the pleasure of using. Yamaha has constructed a competent and highly flexible amp that is capable of adapting to event the most complex of set-ups. As may be evident from the set-up section of this review, the units design is not straightforward and the accompanying documentation fell short in helping to streamline installation. However, once set-up, the AV5000 proved quite adept at handling whatever I was able to throw at it. If you have a speaker setup that requires a unique powering configuration, or have lots of channels you need to power, the Yamaha AV5000 most certainly requires a look.

Meze Audio announces the release of a new flagship headphone