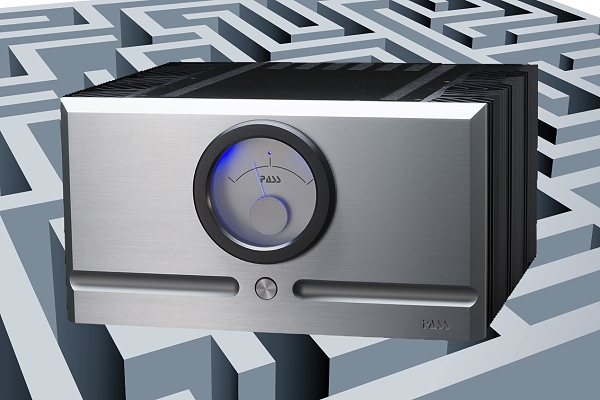 Pass Labs manufactures preamplifiers and power amplifiers. They all have massive build quality, especially the Xs-300 Pure Class A monoblocks that we reviewed recently (each monoblock weighs 300 pounds).

They have a huge number of models spread out in three different lines: the .5’s, Xs, and now, the .8’s.

However, “Sounds Fantastic” is a phrase that’s catchy. It’s something all audiophiles want. But, $85,000 is a little scary. So, how to get as much of the Xs sound, but not have to forget about buying that Tesla?

I tested them with a Pass Labs XP-20 preamplifier and Carver Amazing Mark IV ribbon speakers. Interconnect cables were Mogami and speaker cables were Wireworld.

Well, Nelson Pass nailed it. The X600.8’s sounded very much like the Xs 300’s, but with less bass slam and a bit less “sheen” on the musical instruments in the high frequencies (I notice it mostly on cymbals because I am a drummer – for instruments like an oboe or trumpet, I’m sure the same difference was there, but I could not really tell). Now, this bass slam I am referring to is not just at 20 Hz, but up to about 100 Hz or so.

In any case, I arranged the two models side by side (I had to turn on the room air conditioner even though it was 500 F outside because of all that Class A bias). So, I was able to do a true A-B comparison very easily. Nevertheless, the differences were not something that would be a deal breaker by any means. I am not sure I would have heard the differences if I had to run to different rooms to listen to each pair of power amps. However, I suspect th XA200.8’s are closer in sound to the Xs 300’s (also closer in price).

Pass Labs has been in business since 1991. That is not really a very long time, and yet, in those two decades, Pass has become a household name that stands for the best that high end audio has to offer. They have designed and built many models over those years, and currently offer 25 power amplifier models and 4 preamplifier models. That’s a huge lineup !

The Xs 300 monoblocks were a recent addition, representing their version of the State-of-the-Art in power amplfiers, which we reviewed. In that same review, we also tested the matching Xs Preamplifier.

The Xs series performed (and sold) so well, Pass decided to build a line of power amplifiers that had most, but not all, of the Xs series sound characteristics, in a range of price levels that most audiophiles could afford.

In the current review, we report on the X600.8, which is rated at 600 watts RMS into 8 ohms, with the first 50 watts in Class A. I requested them in the 240 volt version to prevent voltage sag at high output. I have had several instances of high power amplifiers which use 120 volts, and the voltage sag when testing them at high output interfered with getting an accurate output measurement. I have a Variac, but the voltage sag was occasionally so low, I could not raise the voltage to 120 volts even with the Variac. So, 240 volt versions it will be with all high power amplifiers I test in the future.

The Design of the Pass Labs X600.8 Monoblock Power Amplifier

The design of the X600.8, and indeed, all of the .8 series, is similar to the Xs 300. The differentiating factor of the .8’s and Xs from the .5’s is the presence of a high power current source that is separate from the output devices. This allows deeper and punchier bass.

Here is a table that shows the principal differences between the Xs 300 and the X600.8:

The front panel is identical to other Pass Labs amplifiers, with a large round power meter. The difference between this power meter and those of other manufacturers is that the Pass Labs power meter needles don’t move unless you are beginning to output power beyond the Class A portion (50 watts into 8 ohms). In the case of the X600.8, the needle is steady at about an inch to the left of straight up. With the Xs 300, the needle resting spot is straight up, because the entire output is biased into Class A.

The rear panel is the same as well, with two sets of massive speaker binding posts, XLR and RCA inputs, On/Off toggle, Ground connector, and Trigger. The AC socket is grounded. As I mentioned, I requested a pair wired for 240 volts. This prevented voltage drop when the power output was high. I suggest that you do the same if you purchase this amp or the Xs 300’s. It will mean pulling a 240 volt line into your A/V room, but it’s worth it. 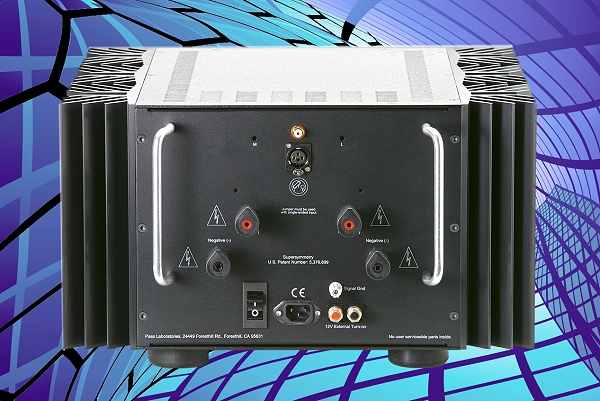 The amplifiers get very warm during use, because even just 50 watts of Class A generates plenty of heat dissipation.

The Pass Labs X600.8 Monoblock Power Amplifier In Use

Angela Hewett published a set of CDs that contain all of Bach’s keyboard music (Hyperion LC 7533; CDs 44421 through 44435), played on piano regardless of any pieces that were originally composed for harpsichord. It’s a terrific set, and frankly, much more enjoyable on a piano. The sound intensity varied from light touch to heavy full handed, and the X600.8’s did their job well.

What I was listening for was the short transients at the initial strike of the hammer on each note, and a natural tonality, both of which were very good. When played loud, and with the lowest notes on the piano (the lowest key is 28 Hz), the Xs 300 had more punch. The body of all the notes (all the keys) had a bit more sheen. At modest volume, the bass sounded the same, but the sheen difference was still there. However, as I mentioned previously, I don’t think I would have noticed the difference in the sheen if the amplifiers had not been in the same room so I wouldn’t have been able to switch back and forth so quickly. 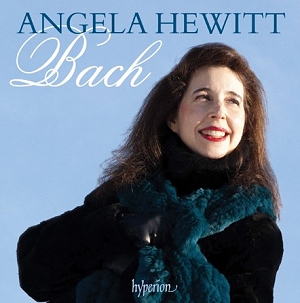 Now, it is time to remind you that Pass Lab designs are engineered by listening rather than just putting the circuit together for the lowest distortion possible within the budget. The bench tests showed considerable amounts of harmonics, but these were put there on purpose, or rather, the staff kept changing parts in the circuit here and there until they got the sound they wanted, and the harmonics fell where they might. They do not indicate an amplifier under stress. They are harmonics that produce the sound the Pass Labs staff felt was the most musical. It’s an unusual approach, but one that works. They are continuously back ordered on their amplifiers.

Copland’s Fanfare for the Common Man (Telarc CD-80078) is a track I have used more often in my amplifier and speaker reviews over the years than any other piece of music. The opening crash of gong and huge bass drum is a shock for any hifi system. The X600.8’s carried the day, remaining musical and non-harsh. After all, 600 watts is a lot of power. But, even a 600 watt amplifier can be pushed to its limits when peak demand is there. The X600.8’s didn’t seem to have any limits at all. A massive power transformer and plenty of power supply capacitance were the reason. 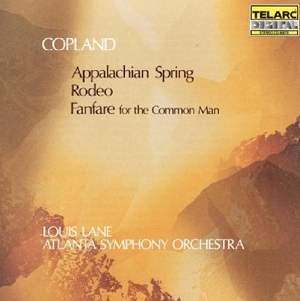 Violin is a great instrument to use for listening tests because harshness is easy to hear. This 2 CD set (Bridge 9371A/B) has Corelli violin sonatas that include an organ and archlute (looks a bit like a guitar). So, it would be easy to bury the violin detail in a deep organ note if there is much intermodulation distortion. Well, I enjoyed the album very much, because of the music, and the lack of said harshness which can make violins unlistenable. Also, the archlute kept its signature sound (plucked) through the organ accompaniment. 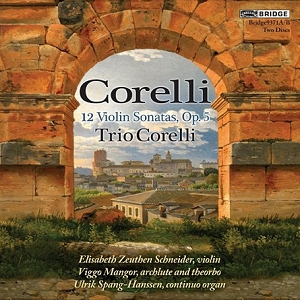 The Manhattan Transfer has been been around a long time, starting out as a “Du-Wop” group that you might hear at a burger joint (Bobby Sox required). This CD from 1997 still retains that kind of sound, without synthesizers (present in a 2009 CD). The quartet really knows how to rock, and this album (Atlantic B000002JD8) in particular, has it all the way through. It was great to be able to crank it up and still hear four distinct voices. (which was the test). 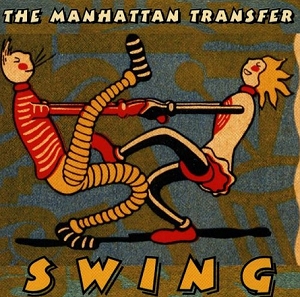 The Pass Labs X600.8 Monoblock Power Amplifier on the Bench

All distortion measurements were within an 80 kHz bandwidth. I used the XLR balanced input on the amplifier for the test signals.

At 1 kHz, 5 volts and 8 ohms, distortion was 0.023%. There were two harmonics, and the second ordered harmonic was predominant. There is quite a bit of low-level noise which contributes significantly to the measured number (THD+N). I cannot measure only THD on the Audio Precision, but I would estimate that the distortion component is about 0.008%.

If we look at a portion of this spectrum (second graph below: 10 Hz – 1 kHz), we can see that the noise is made up of hum spurs (60 Hz and its multiples). I don’t know where it is coming from, but I see it in many amplifier spectra, including those published in other magazines. In this particular instance, I suspect that it is at least partly due to having the amplifiers draw their power from a 240 volt wall socket, while the Audio Precision uses 120 volts. In any case, the noise is at a very low level.

Distortion at 22 volts output was significantly higher than at 5 volts, which is normal. Now, many harmonics were present, but the second ordered harmonic was still the predominant one. Again, the noise component is a significant contribution to the measurement.

Using 19 kHz and 20 kHz test tones, there were a lot of side peaks, which increased in height and number (mostly height) as I changed the signal from 5 volts to 22 volts, and the load from 8 ohms to 4 ohms.

THD+N vs. Frequency is shown below. The 20 volt measurement came close to clipping at 35 kHz, and at 4 ohms, surpassed clipping (1% THD+N) but, again, a portion of the measurement is noise, not harmonic distortion.

Measured power output at 8 ohms was 700 watts RMS at 1% THD+N, which is higher than spec.

At 4 ohms, power output was 1,050 watts RMS at clipping, which was lower than spec.

Pass Labs appears to have nailed their intent to create an affordable line of power amplifiers that perform close to their statement Xs series. One or more of these power amps should be on your must-audition list if you are planning to upgrade your current setup.