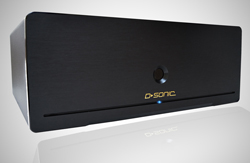 D-Sonic is a company that I had been tangentially aware of for many years due to their direct marketing efforts on websites like Audiogon. The brainchild of Dennis Deacon, D-Sonic was founded in 2006 to make high quality Class D based amplifiers marketed directly to consumers. I had the pleasure of having D?Sonic’s new top of the line 7-channel multi-channel amp in house for a few weeks and am excited to pass on my thoughts.

The M3 series represents D-Sonic’s third generation amp. D-Sonic amps were originally designed around B&O ICEpower modules, but with the M3 series, Dennis has opted to move away from B&O parts. The specific unit I was sent, the M3?5400-7 is a beast. Weighing in at 58 lbs, the amps front sound stage boasts a whopping 1500 watts into the front L/R channels (that’s 1500 watts each!) and 800 watts into the center channel. The remaining four channels boast 400 watts each. This is massive amount of power and I was curious to see how it would perform in my theater, especially with some demanding and highly dynamic movie soundtracks.

When the box for the M3 arrived, I knew I was going to be dealing with a serious piece of equipment. Weighing in at 58 lbs and measuring over 18″ wide and 15″ deep, the unit immediately commands attention. 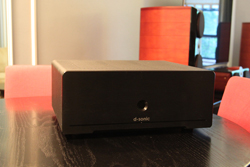 The build quality of the M3 appears very solid and well constructed. Dennis informs me that power allocations to each channels were determined by measuring the normal mix that D-Sonic measured in movies and concert films. As such, each channel is labeled on the back of the unit. Both XLR and RCA inputs are included. The speaker outputs are gold plated and appear to be of very high quality. 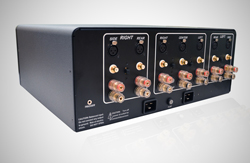 Two power ports are also included to deal with the power needs of an amp outputting this kind of wattage. D?Sonic includes two high quality, low gauge power cords with each unit. A 12-volt trigger input is also included so that the unit can go into sleep mode when not in use.

The front of the M3 is unassuming – all black with a small blue light under the logo indicating that the unit is receiving power. This light remains on whether or not the unit is in sleep mode or powered up. From production photo’s that Dennis has sent me, it appears that my M3 a pre-production model. This unit had a 525-watt ICEpower module for the center channel, different from the non-ICEpower modules used in the other 7 channels. The production model will use the same newer tech for all 7 channels. You will also notice slight differences in the logo in production photos vs. what I had. Otherwise, Dennis assures me that all components are exactly the same as what you’ll see currently shipping from D?Sonic.

The M3 is passively cooled – as such there are no fans or other moving parts to contribute any unneeded noise.

As I commented above, this unit isn’t small – it is much larger than my wyred4sound mini-MC5 amp, but not necessarily bigger than multi-channel amps you’d see elsewhere. The unit did need some coaxing to fit into my Mirage BDI rack, and because of its depth I was unable to place the back panel onto the rack. Not a big deal, but you’ll want to make sure to check the dimensions if you are trying to fit into a tighter space.

I connected my speakers to the amp using my self-constructed speaker cables consisting of Canare Quad-Star 14/4 cable and locking gold plated banana terminals. The D?Sonic can accommodate either banana, spade or bare wire connections. My front sound stage consisted of Usher Mini Dancer 2 towers and a BE-616 center channel. My surround channels are Paradigm Studio 10 bookshelf speakers. As I only use 5-channels in my current set-up, I did not try the amp in its 7?channel configuration.

My Marantz AV-8801 pre/pro was connected to the M3 using balanced cables from Blue-Jeans. I ran a 12-volt trigger to the unit from the Marantz to allow sleep mode when not in use. I used an Oppo BDP-105 as a source for all listening; playing either Blu?ray discs, Redbook CD’s or Apple lossless tracks. Audyssey Pro enabled XT32 was implemented on the Marantz for all listening (no DynamicEQ was used).

At 1500 wpc for front L/R and 525 watts for the center channel, the M3 possesses far more power than anything I have had in my system in the past…and more than I think I have ever listened to. If its not the most powerful multi-channel amp being manufactured, it is certainly close. I asked Dennis about the decision to include this type of high power. Instead of paraphrasing I’ll just pass on what Dennis said:

“1500 watts offer a high level of reserve power for those who have large listening rooms, inefficient speakers, play loud or any combination of these conditions. A good example of this is Magnepan, Eminent technology and Apogees among the ribbon/planar types. Most of the highest rated cone systems also require very large power reserves for realistic transients and dynamic peaks. Especially if they are in a large room and running full range without assistance from powered subwoofers. I use the Revel Studio2s and they deliver uncompressed peaks with dramatic realism. These are just some examples of speakers that can attain peak performance with adequate power reserves. All of our amplifiers perform per specification into sub 2 ohm speaker impedances.”

As you can see from this quote, the extreme power of the M3 is designed to pair well with extremely demanding speakers. At 90 dB @ 1 watt / 1m, my Usher Mini 2 towers are hardly demanding speakers (my previous PSB Stratus Silver i’s would have been a great test). In addition, nobody would consider my multi-use room in a Manhattan apartment “large”. With that in context, lets dive in.

While I was most eager to try the M3 on some Blu-ray tracks, I started with some music to get a feel for the overall sound signature of the amp. For these tests I opted to run my Usher Towers in Full Range mode; taking my JL Audio 113’s out of the equation to fully test the M3’s capabilities. The Usher towers easily stretch down far enough to give bass punch to music tracks. I started using one of my standards: Phish’s Story of the Ghost. Mastered by Grammy Award winning engineer Andy Wallace, this disc has a little of everything and is recorded superbly. Diving in with the title track “Story of the Ghost”, I was greeted with the tightness, clarity and control that one finds in Class D based amplification. 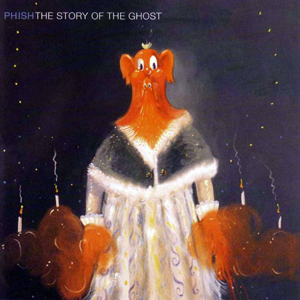 My normal amp, a wyred4sound Mini MC-5CH, is also a Class D amp, and I was pleased to find those same clean characteristics present in the M3. This particular track exemplified this control, with Mike Gordon’s bass line remaining exceptionally tight. I think this type of bass control is a key characteristic of well-designed class D amps, and I am happy to say the M3 performed admirably.

Even though they’ve been at it for a long time, the band Fun. was one of my most exciting discoveries of last year. Lead singer Nate Ruess has, in my opinion, one of the most amazing and unique voices in pop music today. 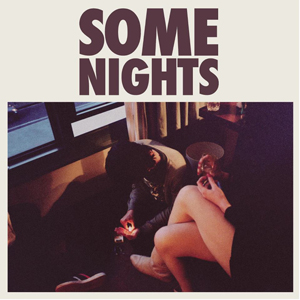 Firing up the title track from their album “Some Nights”, I was again impressed by the ability of the M3 to provide ample power behind the vocals, while never sounding out of control or overly forward.

While all of the music that I tested with the M3 sounded terrific, I was most eager to tackle some movies, where dynamics are often more important and this kind of wattage would likely shine. I was excited as we had several movies around that I thought would provide really nice challenges. For these tests I reengaged the FL113’s to handle the low end.

The first disc that I grabbed out of the collection was Harry Potter and the Order of the Phoenix. This disc contains an uncompressed PCM soundtrack and has what I think is the perfect scene to try out the dynamic capabilities of the M3. 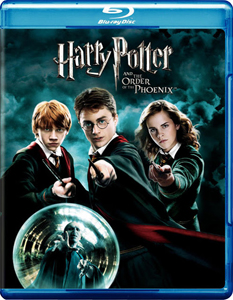 Towards the end of the film, when Dumbledore confronts Voldemort in the Department of Mysteries, we are treated with a plethora of challenging audio montages. This entire scene is filled with huge dynamic swings as the two wizards duel. My favorite of these to test dynamics occurs when Voldemort shatters all of the glass in the room. The M3 handled this scene easily, giving detailed and precise resolution to all of the effects. I pushed the volume as much as was reasonable, and the M3 never reached a point of fatigue – exactly what you’d expect from a unit with this sort of power.

The next disc I threw it as last summers Avengers. Being a long-time fan of Joss Whedon, I took to this movie instantly and it was made a part of our collection as soon as it was released. The DTS-HD MA soundtrack is exactly what you’d expect from a summer action/comic book blockbuster. 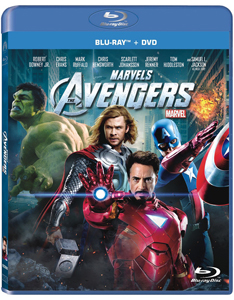 Again, the M3 handled the sci-fi score without issue. Gunshots – a particularly tough test – were always crisp, concise and loud. With this amp I always had the feeling of transparency – I was hearing an uncolored version of exactly what was intended by the sound engineers.

In order to tackle something a little subtler, I threw in Silver Linings Playbook next. This dialog heavy movie features a DTS-HD MA sound track. I had no complaints about how the M3 handled this film. Dialog was clean, clear and balanced. 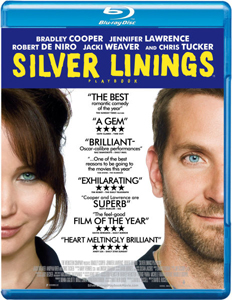 My time spent with the M3 was terrific. The build quality is top notch, and the unit performed well with everything that I was able to throw at it. The M3 handled my system with ease, but with a larger system or difficult to drive speaker system, I have every faith it’ll shine even more. At a price of almost $4K, this is by no means an inexpensive unit, and if you are playing in this sandbox you are lucky to have multiple options. However, if you have a large room and/or tough driving speakers, I’d say the M3-5400-7 should definitely be on your short?list.

Like many internet-direct companies, D?Sonic does offer a 30?day in home trial period; unfortunately this does not cover shipping in either direction and the company charges a 10% restocking fee. At $3975…and at >58lbs shipped, this is asking a lot. I know every company has reasons why they have these policies, but given its impossible to see how the M3 will perform in any other capacity, I’d encourage something a little more flexible from D-Sonic’s end. Other than that quibble, I have no reservations about recommending the M3-?5400-7.