The integrated amplifier market has been heating up lately, as many people wish to have a high-performance system without all of the separate components. It’s a matter of convenience, but it’s also a matter of confidence because you don’t have the worry of whether component A will have synergies with component B.

The YAMAHA A-S3200 is a stunning integrated amplifier, both sonically and visually. It provides 100 watts / ch., a home theater pass-through function, a fully discrete phono preamplifier, and a higher performance headphone amp in one simple box.

During my time with the A-S3200, I was very surprised at how well it performed in comparison to the expensive separate components I have in my system. 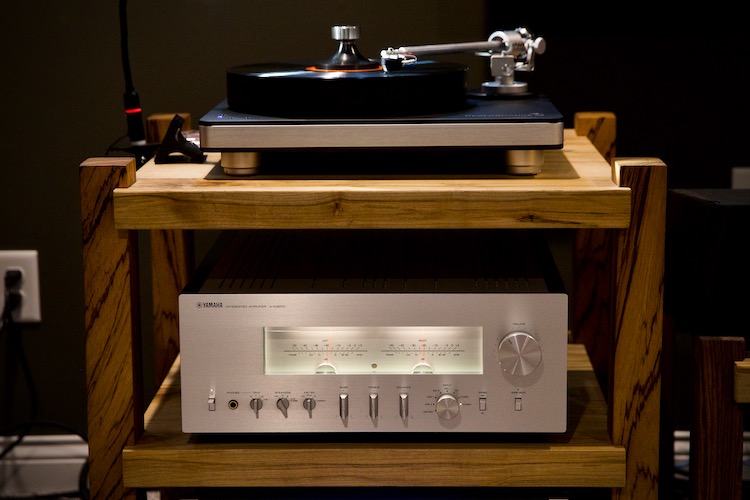 Let me start with some full disclosure. I have been a huge fan of the crossed tuning forks brand (YAMAHA) for most of my life. Long before I was into audio gear, I had a love for motorcycles and YAMAHA was at the top of my list. I can’t recall exactly what it was about them that got me so excited, but the draw to the logo was strong. First, it was the motocross YZ lineup in the ’70s, then it moved into their street and road-race bikes as I got a little older. My very first street bike was a 1984 RZ350 (a giant-killer!), then there were many from the brand to come along after that. I spent 22 years working in the motorcycle industry, and YAMAHA was always my brand of choice. I currently own a 2020 Husqvarna Vitpilen 401, but I had it custom-painted to the looks and colors of YAMAHA road-race bikes of the ’70s (very retro-looking). Yes, you can say I’m a fan of the brand.

And speaking of retro looks, I absolutely love the styles and industrial design of the ’60s and ’70s audio gear. Big knobs, solid metal switches, and those beautiful dancing meters! When I first started getting into audio gear, that was the look that I was most familiar with. I associated that look with high performing audio gear that I couldn’t afford but wanted so badly.

So when I was contacted by Carlo Lo Raso about the opportunity to review YAMAHA’s new flagship A-S3200 Integrated Amplifier, I accepted the invitation with a very excited “Yes!” 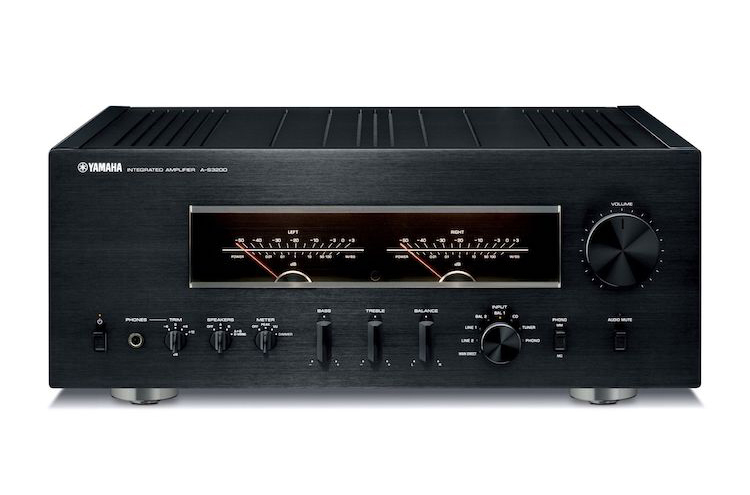 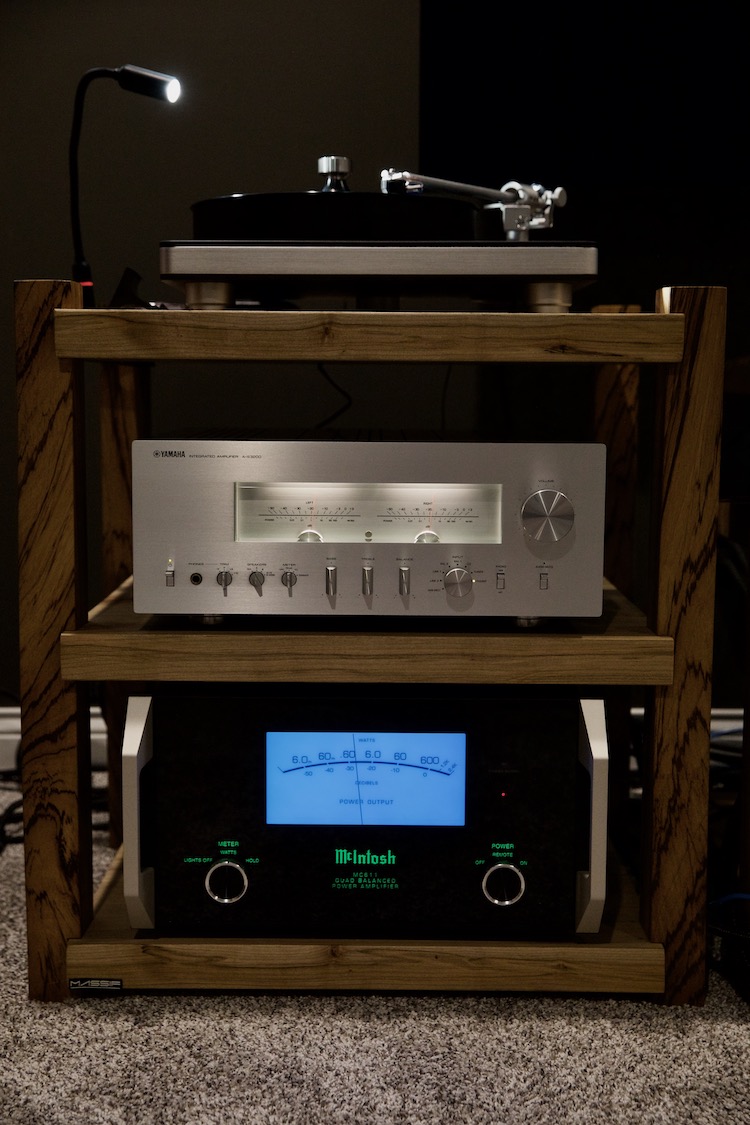 Given the flexibility of the YAMAHA A-S3200, I was able to incorporate it into my current system in a few different configurations. For one, it simply served as the traditional integrated amplifier in my 2-channel system. Secondly, I set it up using only its preamplifier section while driving my McIntosh MC611 Mono Block amplifiers. And finally, I used the HT pass-through function to incorporate it into my Dolby Atmos system that shares the main speakers with my 2-channel setup.

When I was waiting for the shipment of the A-S3200 to arrive, I browsed through the online version of the owner’s manual as I usually do to familiarize myself with the component(s) before they arrive. One feature that I noticed, and one that you don’t see very often, was the Attenuator Selector for input matching on the Balanced Inputs.

If the output level of your source component is high, then this selector allows you to reduce it by 6 dB to prevent distortion. When I initially hooked up the system and played my PS Audio DirectStream DAC through the balanced input, I found it to be very “hot” and quite loud at low levels. By switching the Attenuator Selector down 6dB, it brought the levels down to where I am accustomed to so that it matches my PS Audio BHK Preamplifier. Very convenient feature, indeed! 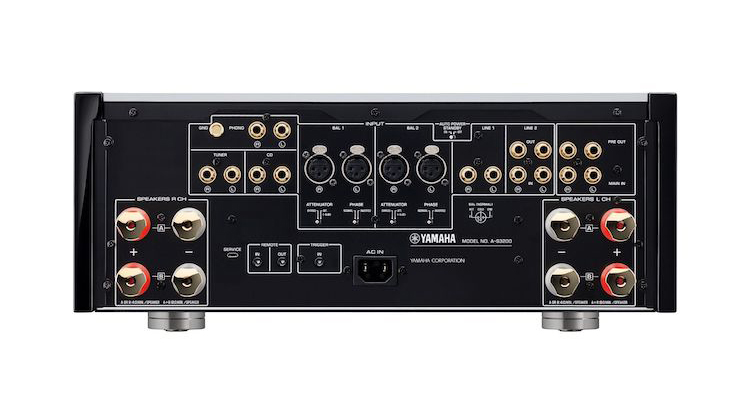 During my evaluation period, I connected the YAMAHA A-S3200 to speakers that would most likely be in the range of what a buyer of an integrated amplifier like this one would choose. Both the GoldenEar Technology Triton Ones and Triton Reference speakers ($5,000/pr. and $10,000/pr. respectively) match well to the YAMAHA, and since they are rather efficient speakers (92dB~93.25dB), they wouldn’t be too much of a load.

When using the A-S3200 in a traditional integrated amplifier role in a 2-channel system, I found that it didn’t give up much in terms of sonics to my much more expensive PS Audio / McIntosh separates. The brilliance and detail in Nils Lofgren’s guitar on the live recording of Some Must Dream (TIDAL, FLAC 44.1kHz 16bit) were portrayed with nearly the same level of realism that I am accustomed to. And the pinpoint imaging in Roger Waters’ Amused to Death (SACD) placed voices and sounds all across the room in their normal spots. Would I say that the $7,500 YAMAHA performed as well as the $32,000 worth of separates? No. But what I will say that it’s much closer than you would think, and for somebody who is looking to buy an integrated amplifier, they’re typically not trying to capture the last absolute degree of fidelity.

While playing the A-S3200 in integrated mode, I figured I would try out the fully discrete MC / MM phono preamplifier. In many cases, the “built-in” option of phono preamplifiers is kind of like an after-thought in integrated amps and is really designed for inexpensive turntable/cartridge combinations. While some may combine a high-performance turntable with an integrated, chances are they would be the exception to the rule. I now have a Clearaudio Performance DC turntable, with their Satisfy Carbon tonearm and Maestro V2 MM cartridge. So at just over $5,000, it’s probably a bit more than what most people would use with the A-S3200. I was expecting a bit of a let-down with the built-in phono preamplifier, but that wasn’t the case at all. 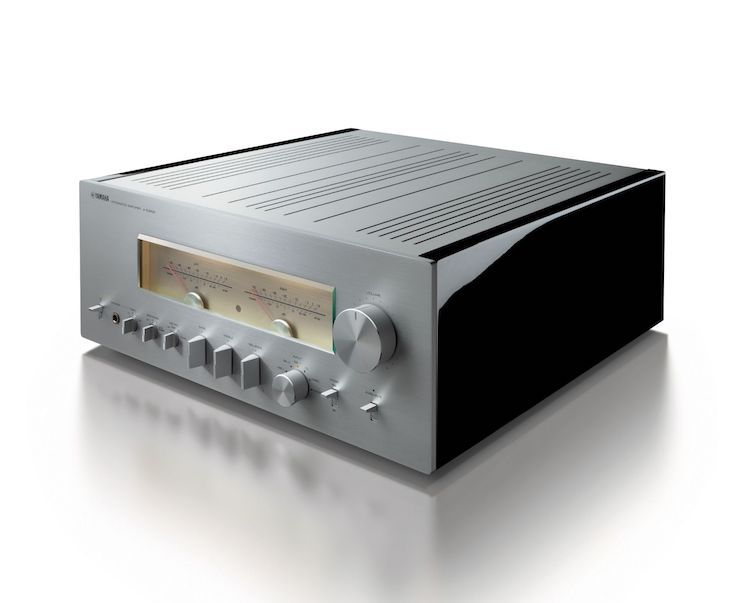 I was really surprised at the playback quality of the built-in phono preamplifier and would compare it to stand-alone amps in the $1,000 range. It provided great dynamics and a very quiet background in most LP’s that I played.

Cowboy Junkies. The Trinity Sessions. QRP APP072. Recorded in a day at the Church of the Holy Trinity in Toronto, Canada in November of 1987, this album is well known for its “out of studio” sound that came from the hall of the aging church. Through the A-S3200, Margo Timmins’ voice came through with a sense that she was standing right in front of me. It provided space and depth with Margo clearly out front and the instruments playing in the background. On Postcard Blues, Margo’s eerie (yet beautiful) voice stands just right of center, and Steve Shearer’s piercing harmonica plays clearly without a hint of distortion. This is a must-have album if you have a good analog front-end.

In order to separate out the preamplifier from the amplifier sections of the YAMAHA A-S3200, I used the single-ended pre-out jacks from the integrated amplifier and used it to drive my McIntosh MC611 Mono Blocks. While the McIntosh triumphed in dynamics and low noise-floor (600-watt monos vs 100-watt integrated), it once again wasn’t all that far off. So with that, it told me that both the preamplifier and amplifier sections of the YAMAHA are very well-conceived. The only real complaint I had here if it can actually be considered a complaint, was that the YAMAHA didn’t provide balanced outputs for the pre-out section. Would that have made any difference? I can’t answer that in theory. But when you have un-used balanced inputs on McIntosh Mono Block amplifiers, something just feels a little “off” in my OCD / audiophile world! 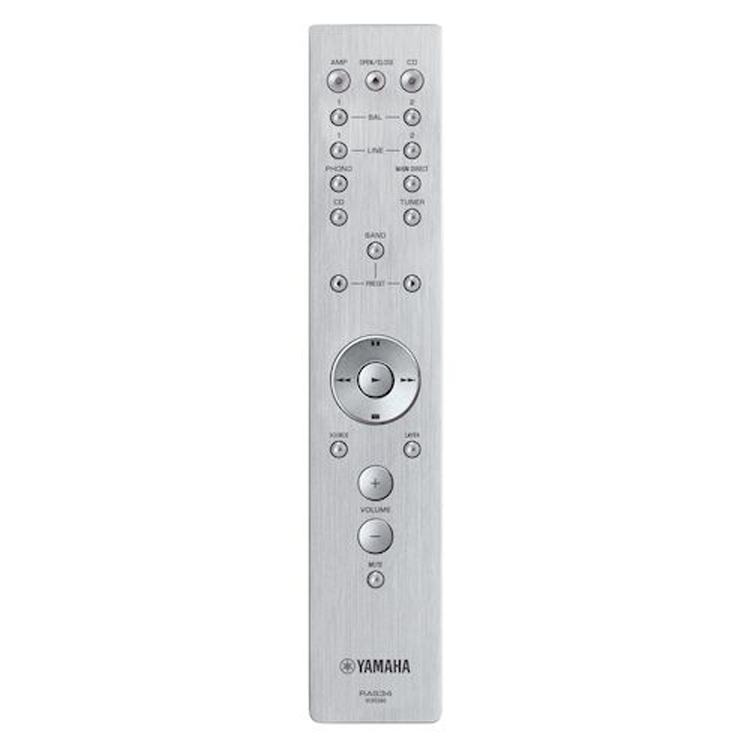 Finally, I put the A-S3200 integrated into my Dolby Atmos system, and took advantage of their home theater pass-through function. To me, this is an absolute must-have feature on any type of preamplifier or integrated amplifier, because it allows you to share amplifiers and speakers in your 2-channel setup with your home theater configuration. By using the L and R outputs from my Anthem AVM 60 processor, I was able to run them through the inputs of the A-S3200 and use its internal amplifier to drive my main speakers (GoldenEar Triton Reference).

Once I did this and did all of the ARC setup on my Anthem, it blended in perfectly. I don’t need to go into details on specific movies, as the A-S3200 did exactly what it was supposed to, and had no problems keeping up with the demands and dynamic peaks associated with movies.
Conclusion

YAMAHA’s A-S3200 Integrated Amplifier provides a wide range of features and functionality, along with high-performance audio playback, in an ultra-cool retro styling that will fit into any décor!

YAMAHA has done a tremendous job in the development of the A-S3200 integrated amplifier. The looks alone on this unit can justify the $7,499 asking price as it combines old-school styling with modern build quality and features. I typically post up pictures of the gear I am reviewing on Instagram, and this one gained more attention than pretty much any other gear I have posted. People simply dig the retro looks!

And as for performance, YAMAHA has created a single box solution that performs at the level of many high-end and expensive separates.

For those in the market for an all-inclusive integrated amplifier that ticks just about every audiophile box, and want to make a stunning visual statement as well, you should definitely take the YAMAHA A-S3200 into serious consideration!