Up NextCary Audio SI-300.2D Integrated Amplifier Review
While it wasn’t too long ago that even combining the amplifier and preamplifier in the same box was seen as somewhat of a compromise, a new generation of integrated amplifiers throws in the proverbial kitchen sink with high-performance DACs, wireless streaming, headphone amplifiers, and phono stages all inside the same chassis.

At $2495, the Rotel is a new, moderately priced entry in a product category getting crowded with an array of highly-regarded companies like Devialet, Naim, NAD, Peachtree, and Parasound. The Rotel impresses as a thoroughly modern, high-value, high-performance product from one of HiFi’s legendary nameplates.

Back in the early 2000s, Rotel seemed like one of the top go-to manufacturers for budget-minded audiophiles. As I recall, almost every Rotel CD player and power amplifier were fixtures in recommended and best-of lists. Having owned a few Rotel CD players over the years (and compared them to others in their price class), I can attest that such praise was well deserved. Fast forward several years and as I spend most of my time with higher-priced, dedicated integrated amplifiers and DAC separates, it was a welcome change of pace to revisit the house of Rotel. In fact, the timing could not be better because the Rotel’s most obvious competitor, the Halo Integrated from Parasound, was recently reviewed and lavishly praised in these very pages. While a direct comparison to the Parasound would certainly interest me as a prospective buyer, the implicit comparison to more expensive gear I have had over the years convinced me rather quickly that the Rotel offers substantial value for the money.

Rotel claims the RA-1592 “leverages the strengths of [its] award winning RC-1590 preamplifier and RB-1582 Mk II power amplifier in a sleek single chassis design.” The Rotel is a fairly imposing beast by any measure. At first glance, the Rotel’s size makes it look more like a high-end receiver than a stereo integrated amplifier. You soon realize however, that’s for good reason. The array of features makes the Rotel transcend a traditional integrated and more accurately, the Rotel is part of a new generation of fully integrated amplifiers. Yes, I just totally made that up.

As if the size and weight left any doubt, the Rotel does not skimp on power, incorporating 200 watts of Class AB power in a dual-monoblock configuration. If the specifications above haven’t already clued you in, there is a lot going on inside the chassis. In addition to the amplifier and preamplifier, Rotel includes the 32-bit/768kHz DAC from AKM and offers a plethora of inputs, including USB, coaxial, optical, and aptX Bluetooth. Analog inputs include single-ended and balanced as well as a moving magnet phono input. All in all, the Rotel is a very complete package. 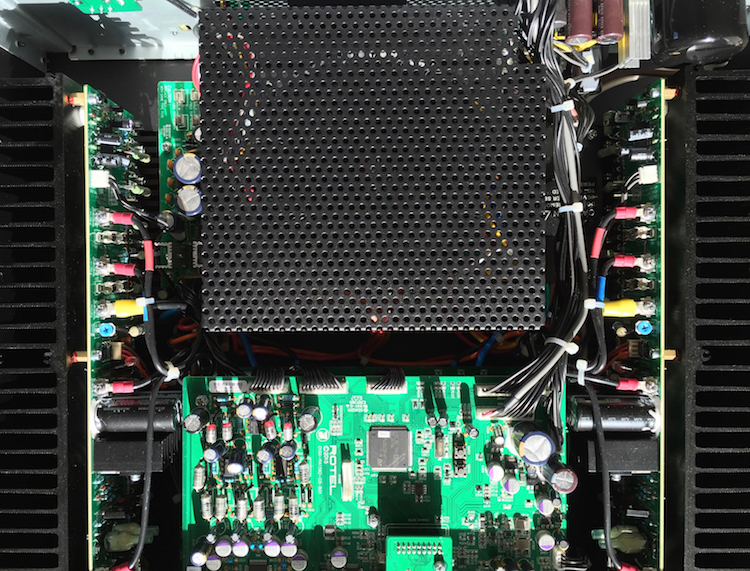 The first thing you do is pick a color, black or, like the review sample, silver. The construction itself exudes quality, the metals are nicely finished and there are smooth edges all around. The front corners appear to be solid pieces of contoured, satin-finished aluminum, which provide an interesting variation to the machine-finished front panel. Overall, it’s a classy look. The front panel controls include a dedicated button for each input, a large volume knob, and a dimmable display. While small, the display can be read from a chair, as long it is not too far away. I would prefer a backlit indicator behind the input buttons on the front panel, but since this is also a DAC, I can see why they went with a full display. While it might be easier to read, I would not want the display any larger because the unit would then even more resemble an A/V receiver. For similar reasons, the silver finish might be preferable to black, as nice as I’m sure it may be.

As for the remote, it is a bit too much like an A/V receiver’s remote for my taste. It has a very crowded feel to it (more than 50 buttons should not be allowed!) and requires reading the labels to figure out because the buttons are mostly similarly sized and are neither backlit nor glow in the dark. I did eventually learn and remember the location of the volume, which is really the key control for me. I think my reaction to the remote is more a function of the user experience with the Devialet 120 radio-frequency remote. That’s by far the best remote I’ve ever used. It operates from anywhere and includes a giant volume knob with great tactile feedback, so going back to an infrared, black plastic wand remote was probably going to be disappointing. To be fair, the Rotel’s infrared remote was plenty responsive to inputs, which is really all it needs to be.

Thankfully, the rear panel does not have the remote’s crowded layout and I had no issues with it. I connected my speaker cable, digital optical cable from my TV, my subwoofer, and I was ready to go. My MacBook Pro’s Bluetooth control saw the Rotel immediately and I had no problems making and holding the connection. Throughout the review period, I alternated between two sets of speakers, the Vivid V1.5 and the KEF LS50.

The Rotel arrived on my doorstep in the midst of my binge on the Showtime period drama “Masters of Sex,” which focuses on the complicated relationship between a man and a woman who many regard as the pioneers of modern human sexual research. While it’s very well done and endlessly interesting, it can sometimes feel like being fed Cheesecake Factory size portions of dialogue, which makes it difficult to get through one episode in a single sitting. I watched the show regularly throughout the review period and I really came to admire how clear and focused the dialogue was through the Rotel. I can’t say whether it was the DAC or the amplifier, but the combination, which is the reason why you would buy the Rotel in the first place, having admirable clarity and resolution. When characters talk in the middle of the frame, the phantom center channel is completely believable and has that locked-in, “right there” quality to it.

Season 2 of Mr. Robot began during the review period and watching the first several episodes, I noticed the Rotel had impressive placement of voices and sound effects into the corners of the soundstage. A door closing, typing on a keyboard, all of it was there to bring you closer into the atmosphere on the screen. Sometimes it even felt like I was listening to headphones. I also began using Apple TV and Bluetooth to stream music to the Rotel while making coffee, doing dishes, or messing around on the computer, which got me excited to actually sit down and listen to some music. 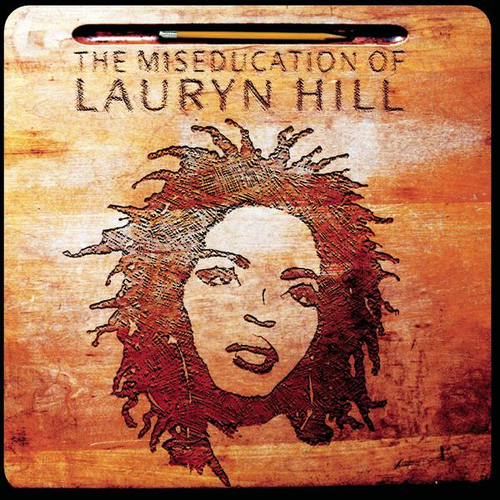 One of the first songs I remember playing was Lauryn Hill’s “Lost Ones” from The Miseducation of Lauryn Hill. The background of this song is well worth reading. From the jump, Lauryn comes fierce and fast: “. . . Some wan’ play young Lauryn like she dumb / But remember not a game new under the sun / Everything you did has already been done / I know all the tricks from Bricks to Kingston.”

She’s not trying to sound like Roberta Flack on this track. Something seemed amiss. Some of the urgency and anger I was used to feeling in this song seemed to be missing. Throughout the review period, I made comparisons using the all-in-one Devialet 120 and the NAD C 510 DAC in combination with either the Rogue Cronus Magnum II or the Rega Elex-R. The Rega in particular conveyed the hardness in Lauryn’s voice more dramatically than the Rotel. It proved difficult to compare the Rotel to a separate integrated amplifier and DAC combination, however, because you cannot separate the Rotel’s DAC performance from its amplifier performance. It seemed more sensible to compare the Rotel to the Devialet and indeed, both all-in-ones have a smoothness to the high frequencies that does not seem to diminish resolution. 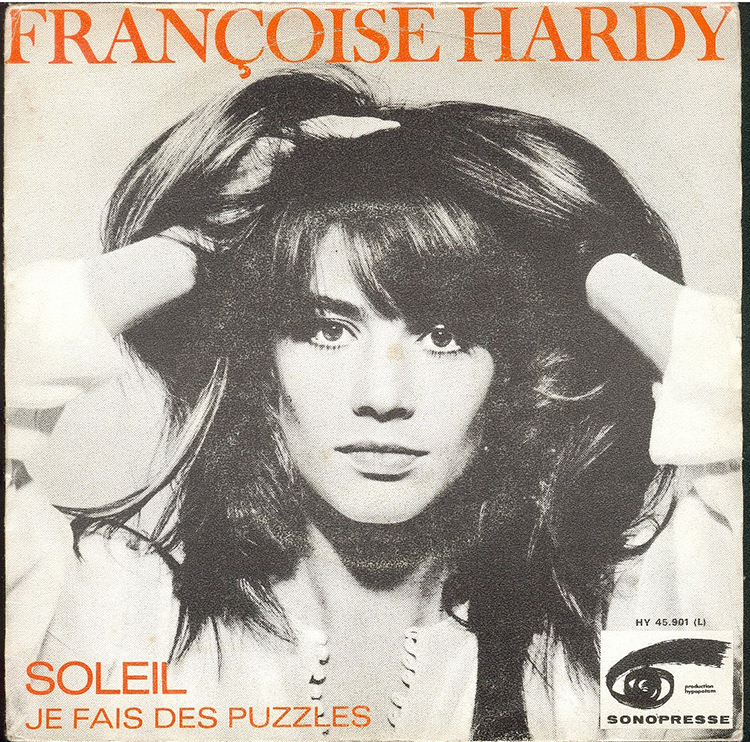 The next time I sat down to listen to some music, I switched things up a little. I put on a playlist I’ve been messing with for a few months. It starts out with “Fleur de Lune” from Françoise Hardy’s Soleil. Endowed with moody, haunting vocals, wave after wave of acoustic guitar, and orchestral flourishes, this is my favorite of her songs. The clarity of the vocal especially shines, but the Rotel also does an amazing job sorting through and integrating all the instrumental elements. Both the song itself and the Rotel’s portrayal using this standard resolution FLAC file made for lots of replay value.

THE ROTEL RA-1592 INTEGRATED AMPLIFIER Provides a Wealth of Features and Convenience for a Competitive Price. The Included DAC has a Highly-resolving, Neutral Quality to it and the Powerful Amplifier Should Drive Most Speakers With Ease.

This is a very powerful, fully-featured amplifier. I consistently admired the Rotel’s ability to drive speakers and there was never a moment I felt I could not achieve concert-level volumes if desired. Overall, I’d characterize the presentation as neutral, with an ever so slight polish in the treble. The Rotel is noteworthy for its ability to reveal the many nuances of the human voice, be them in music or video. I was surprised to find how often I used Bluetooth streaming and can report the quality and consistency is excellent.