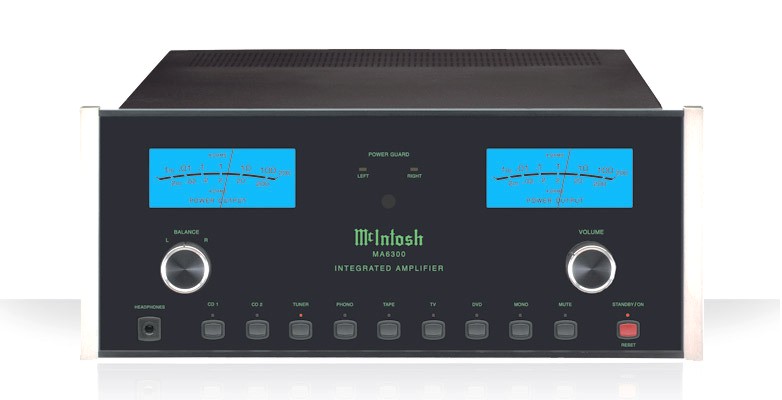 Peter Lyngdorf is a high-end audio industry veteran. He is especially well known for his innovations in room correction with Tact Audio in the 1990s. Peter left TacT over 3 years ago to found Lyngdorf Audio. If you were familiar with Tact, browse through Lyngdorf’s current product offerings and that will come as no surprise. From the split they share certain technologies including the Semi-Digital Amplification on which the SDAI2175 is based (They do not share room correction technology; Lyngdorf’s RoomPerfect is proprietary).

“SDAI” stands for Semi-Digital Integrated Amplifier. Lyngdorf uses this term to define a switching amplifier driven by an analog input – the SDAI features a digitally controlled analog volume control, which differentiates it from a true switching integrated amplifier such as the Lyngdorf TDAI-2200. In addition the SDAI-2175 uses a fixed switching frequency of 400 kHz and has a fully balanced signal path.

Lyngdorf’s website features a very accessible, in-depth explanation of the amplifier and the technology underlying it. Summarizing the design goal, Lyngdorf explains that the combination of both analog and digital technology results in a low distortion, neutral-sounding amplifier. Moving up to the fully digital TDAI is one of those “more of the same” upgrades as well as offering the option to include Lyngdorf’s “Room Perfect” room correction processor in the same chassis.

Seemingly carved from a block of solid aluminum (either silver or black), the SDAI is not a flashy piece of hardware. Where some might see austerity, however, I see purpose and substance. The panels are fastened with Torx screws, and the sides of the unit are flanked by thin strips of black heat sinks. Perhaps surprising for a digital design, the amplifier did get warm on occasion. This never caused me problems or even concerns, but maybe someone out there cares, I don’t know.

Overall, the thing is sleek – there are no knobs and the single row of buttons are nearly flush-mounted. The power button on the front is recessed. In a less-intuitive design, these choices may have resulted in some ergonomic weirdness, but here, the buttons are spaced perfectly and the click of the relay provides audible feedback when switching inputs, so those issues are non-existent for me. The SDAI also features an excellent full-function remote, obviating the need to even touch the amplifier. All the labels on both the SDAI itself and the remote are easy to read. The display allows for adjustable brightness of its very neutral yellow LED lighting.

The SDAI includes six pairs of single-ended line inputs, one pair of XLR balanced inputs, both a balanced and unbalanced set of pre-outs, and an unbalanced tape out. Internally, all unbalanced inputs are converted to fully balanced. The SDAI also features a wealth of customizable settings including input sensitivity, relative volume, default volume, maximum volume, and input naming.

This has been, by far, my most difficult review to write. I have procrastinated month after month, hoping the review would at least write some of itself. Typically, during the course of a review, qualities and shortcomings of the particular piece of equipment start to become predictable. For example, when you find yourself bracing for a trumpet blast you know will sizzle your ears, you are ready to write the review. What I’m talking about is the awareness of a certain sonic character. That awareness still escapes me with respect to the Lyngdorf, so I concluded that I had two choices: 1) I could wait until the end of time for an awareness that would never come, or 2) I could simply cut through it like this: the Lyngdorf SDAI-2175 does not seem to possess any discernible sonic character. Accordingly, with the caveat that the review to follow may very well be a description of the sound of my speakers or my sources, I will press on.

The first thing you notice is how quiet the SDAI-2175 is. I’ve read reviews that described the background of various amplifiers as “black.” Some writers are even so creative as to use adjectives like “inky” in describing the black. I’m not trying to reinvent the wheel here – the terminology has entered the audio lexicon, so I’ll use it to say that a description like that has never been more salient than in a description of the Lyngdorf. Of course, it makes sense that this would be a good thing, right? How else would you hear those miniscule details if they are obscured by noise? Duh. Surprisingly, lots of music has these details, but unsurprisingly, not a lot of systems are able to get out of the way and permit theses details from revealing themselves. I have heard so many amplifiers that allow noise to obscure detail, and they absolutely bore me to death. The Lyngdorf is different.

The second thing you notice about the Lyngdof is that you have to recalibrate your understanding of volume control. With an analog amplifier, turning the volume past the halfway point usually results in adding a lot of distortion to the signal in addition to the volume being uncomfortably loud, mostly because the distortion is really unpleasant. The Lyngdorf volume control operates from 00.0 to 99.9. With CDs, I mostly listened around 65, but other sources such as DVD and XBOX 360 were typically as high as 78. This seems strange, but it is really just a matter of Lyngdorf volume control being different. The important thing is that even approaching 90, I detected no distortion in the signal and I always got the volume I wanted, for example, to show my neighbors my taste in music is fantastic, haha.

An amplifier that presents such a neutral landscape might suggest a limitation to audiophile recordings and the like, but this proved completely unsubstantiated. The Lyngdorf SDAI-2175 disappears better than most audio components are able to do anything. As a result, it serves all sources well and most importantly, it does not strip the sound of its energy. In the end, this is all I really want an amplifier to do – amplify the signal, certainly without mucking it up, but preferably, without even changing it all.

The combination of the Avalon speakers and the Lyngdorf amplification is really something to hear. I was flipping channels one day and caught the last 20 minutes or so of Beetlejuice. The final scene is especially memorable: Winona Ryder dances while levitating up the stairway to Harry Belafonte’s “Jump In The Line.” This track appears on an album I own, Harry Belafonte’s Pure Gold [RCA] and seeing this scene made me want to hear it again – movies are so good like that. A few of the tracks were remastered in the early 1990s, but so much of the album just sounds kind of clunky and old. No matter though, because that Caribbean party will not be denied. This is especially true on track five, “Angelina,” which will not only put a smile on your face, it may very well get you on your feet.

As I write this, I’m listening to a Filter magazine compilation, Welcome to the Desert 2008 that my girlfriend brought back from Coachella just this morning. Track one represents the triumphant return of the mid-to-late nineties trip hop trio, Portishead. The track is called “Machine Gun.” I absolutely adored Portishead – the combination of hip hop beats and a super-tragic sounding female vocalist was utterly unique and positively moving. Since then, the members of Portishead have had various side projects, but Portishead has not released anything in over a decade or so. Until now. Third will likely be out by the time you read this. If “Machine Gun” is an accurate barometer, Third should be downright sinister sounding. There is something so absolutely insane about their particular form of genius – it is as if they are have recorded the soundtrack to the most terrifying movie you could ever imagine. It’s so heavy and aggressive – it is as if your speakers are scared to even play the sound coming out of them. Would I get this effect with some other random amplifier? To some degree, almost certainly, but to the degree that I’m actually shaken up over what I just heard? I’m going to have to say no. Therein lies the brilliance of this amplifier.

If the SDAI-2175 power amplifier has flaws, they were invisible in my system. Every other amplifier I have had sounded like “something”, while this one simply does not. This product has no sound characteristics of its own, and this is a remarkable achievement.