Class D Digital Amps: How do they work?

Up NextSound Bars and 3D Blu-ray player and TV 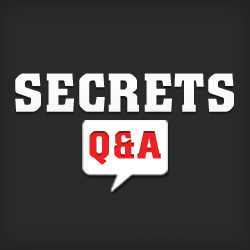 Question:
I have seen some new amplifiers that are called digital amps and labeled Class D.  How can amps amplify in a digital fashion?

Answer:
Class D amplifiers are known as switching amplifiers as the output devices are switched between being either fully on or fully off with pulses of varying lengths of time (Pulse Width Modulation or PWM). As such, they are not really digital, as in a series of 1’s and 0’s like the PCM signal from a CD. However, the industry and consumers have been calling them digital for so long, the name has stuck. The switching occurs at very high frequencies, potentially as high as 1 million times per second or 1 MHz. The incoming analog audio signal is used to modulate the carrier, which in turn drives the output devices. These output devices are either fully on or fully off, and they are usually MOSFETS (Metal Oxide Semiconductor Field Effect Transistors). In the waveform, the lowest voltages are represented by short pulses, and the higher voltages are represented by longer pulses. The pulsed waveform signal goes through a filter to remove the carrier frequency (usually an inductor), and the output then goes to the speaker.