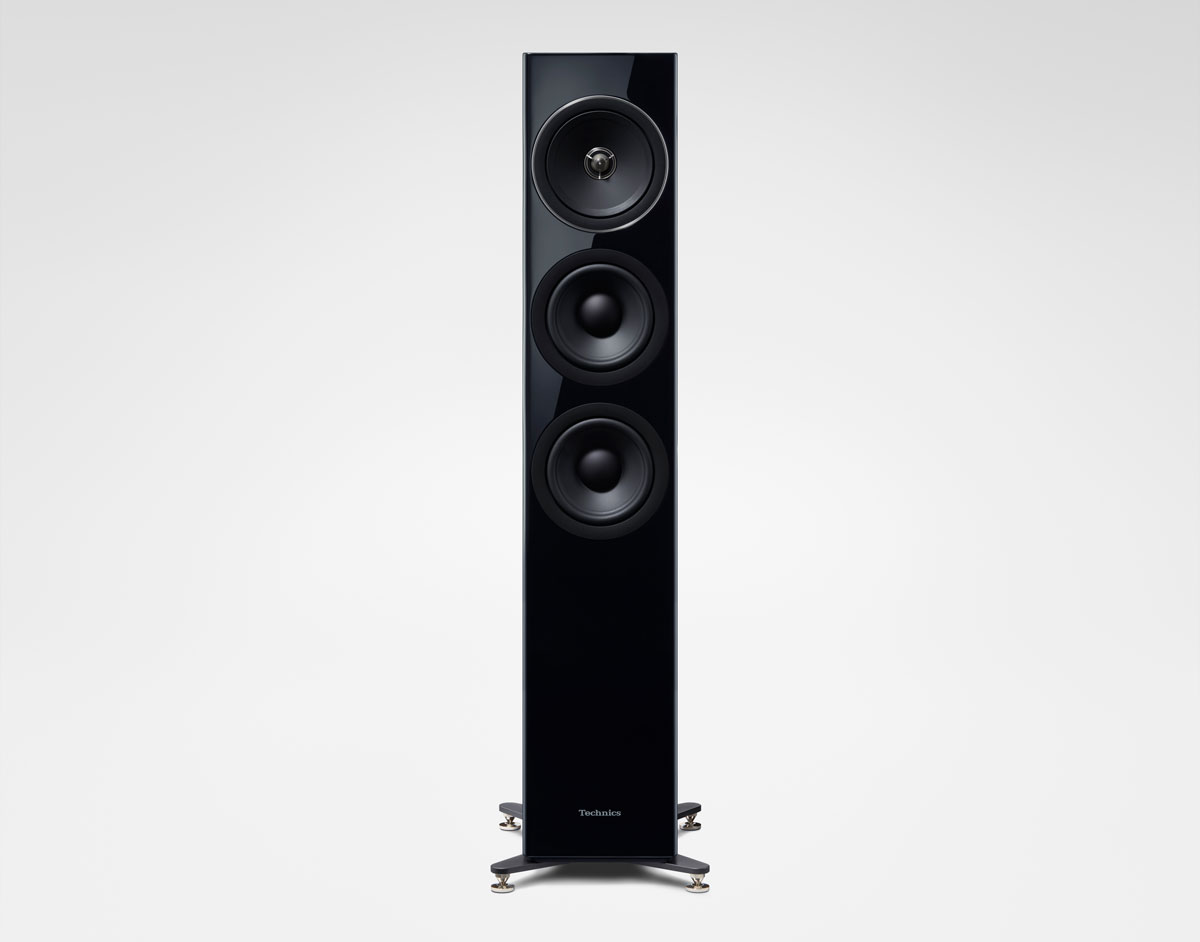 Like its predecessor, the SB-G90, the new M2 version is a 3-way bass reflex speaker system consisting of a 2-way coaxial driver combining a 25mm dome and a 160mm midrange cone made of aluminum. This is accompanied by two 160mm woofers, also constructed from aluminum. Due to meticulous research and development, Technics’s engineering team has yet again succeeded in improving audiophile performance quality through knowledge in mechanical construction and evolutionary driver design.

With the new SB-G90M2, thorough CAE analysis was used to optimize drivers, elements and enclosure structures to efficiently eliminate unwanted vibrations and distortions.

Consequently, Technics has significantly improved the already outstanding performance qualities of the SB-G90. The new SB-G90M2 loudspeaker system demonstrates Technics’ leading position in manufacturing genuinely musically involving products with one single goal: to reveal an acoustic performance as close to the original as possible – regardless of musical genre.

Below are the technical enhancements of the SB-G90M2 loudspeaker system in comparison with their predecessor, the SB-G90:

The SB-G90M2 loudspeaker system will be available from October 2021 in a meticulous and luxurious finish of high-quality black gloss.

About Technics
Technics is the brand name of hi-fi audio products owned by the Panasonic Corporation with main residence in Osaka, Japan. The Technics brand was founded in 1965. Driven by a constant strive for innovation and excellence within the audio field, countless legendary hi-fi components have been released by the Technics brand, many of them having set new standards in the audio world.

The first Technics product ever was a compact 2-way bookshelf loudspeaker system released in 1965. It set new performance standards for compact speakers in that time. Since then, Technics has introduced many loudspeaker systems, having partially become legendary: The SB-7000 of 1975 founded the Linear Phase Technology to which many speaker manufacturers followed afterwards. The SB-RX50 from 1986 can be seen as the forefather of Technics’ point source speaker systems with the Phase Precision Driver of today. The innovative, oversized AFP flat-panel monitors – due to their power and precision – were used at Vienna State Opera as stage monitor speakers, whereas the futuristic SST-1 folded-horn speaker system has received entry to the New York Museum of Modern Art due to their exceptional milestone design concept.