Peterborough, Ontario January 16th, 2018 – Bryston has announced the introduction of their Active Loudspeaker lineup, featuring three speaker models of different sizes (Model T Active, Middle T Active and Mini T Active) mated to a sophisticated DSP-enabled active crossover (BAX-1) and Cubed Series Bryston amplifiers. Two new amplifier models, the 3-channel 21B3 and 6-channel 24B3 have been created especially for the Bryston Active systems. The Bryston Active Loudspeaker System leverages decades of research into the science of acoustics and the fine art of audio component design in order to recreate each recording with stunning realism. Each system has been optimized using an anechoic chamber, generating over 300 measurements that reside within the system’s software. Bryston Active represents a highly refined audiophile listening experience unlike anything available on the market today. 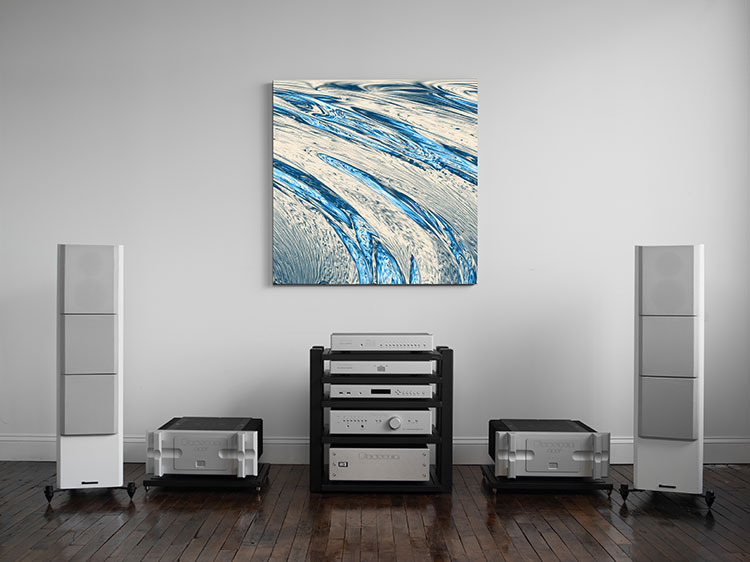 The Bryston Active system features both loudspeakers and electronic components. At the heart of every Bryston Active system is the BAX-1 crossover. The Bryston BAX-1 is a state-of-the-art digital crossover containing proprietary software for each active loudspeaker model. The BAX-1 receives a full-range analog audio signal from the preamplifier and performs the three-way crossover functionality and driver correction for each channel, also applying any user-selected filters for tailoring the bass response of the loudspeakers. The signal is then sent to each amplifier channel. Like all Bryston digital components, the BAX-1 is backed by a 5-year warranty. 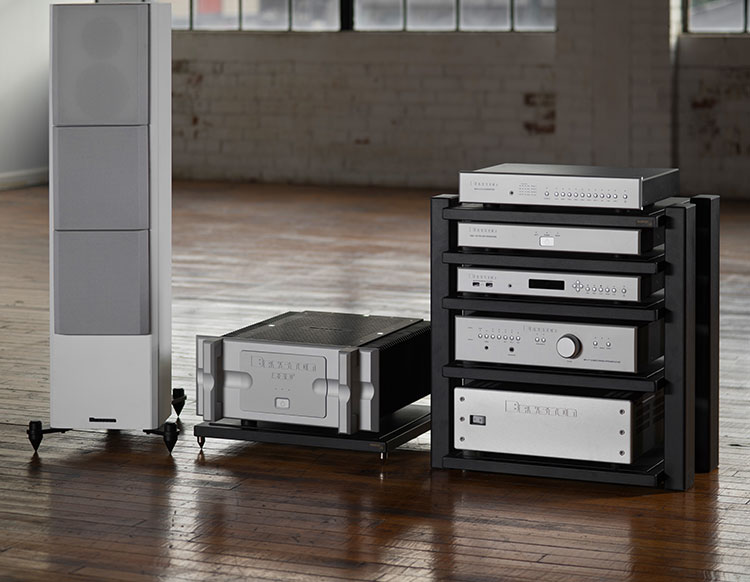 The Bryston 21B³ 3-channel amplifier was crafted to provide ideal amplification for any of the three Active systems, providing earth-moving power and flawless precision for music enthusiasts. Two 21B3 amplifiers are required to drive a pair of Bryston Active Loudspeakers. The Bryston 24B3 is a single chassis solution offering 6-channels of amplification. Delivering less total system power than two 21B3s but ample power for many listeners, the 24B3 is ideally suited for the Middle T Active and Mini T Active systems. Both amplifiers are easily connected using color-coded wiring, and both models are available with silver or black faceplate, 17-inch (without handles) or 19-inch (with handles). In addition to the 21B3 and 24B3, Bryston Active systems can be built around any combination of amplifiers from the Bryston lineup. All Bryston amplifiers are backed by a 20-year warranty.

All Bryston Active Loudspeakers are available in rich veneers such as Black Ash, Natural Cherry and Boston Cherry. Custom veneers are available with an upcharge. The Model T Active is a 52.5-inch tall floor-standing three-way loudspeaker featuring three high-excursion 8-inch woofers, two 5.25-inch midranges and two 1-inch tweeters. The Middle T Active is a 39.5-inch floor-standing three-way loudspeaker featuring two high-excursion 8-inch woofers, a 5.25-inch midrange and a 1-inch tweeter. The Mini T Active is a large 22.5-inch bookshelf speaker that also works wonderfully on a speaker stand. The Mini T Active features a high-excursion 8-inch woofer, a 5.25-inch midrange and a 1-inch tweeter. All Bryston loudspeakers are backed by a 20-year warranty.

About Bryston
Bryston first opened for business in 1962 as a manufacturer of medical equipment. The company was purchased in 1968 by John W. Russell, an ex-NASA engineer. Together with sons Chris, Brian and John D., they first started exploring the field of accurate, reliable audio amplification in the early 1970s. Since that time Bryston has become legendary for their hand-built quality, superb performance and dependability under load in the home, professional and commercial markets. Bryston amplifiers are used in some of the world’s most renowned recording studios and owned by many discerning music professionals. Bryston applies precision manufacturing techniques and materials in the assembly of their electronic equipment that are more typically utilized by the military and aerospace industries. Bryston is based in Peterborough, Ontario Canada, northeast of Toronto, and is sold through over 150 dealers in North America and 60 countries worldwide.