So, when the legendary drummer raves about the jazz he creates with saxophonist Michael Blicher and organist Dan Hemmer, it behooves music lovers to listen.

They can do just that by checking out the Blicher Hemmer Gadd trio’s recently released second film, “The Concert in Eddis Old Car Workshop”. The movie is a 28-minute, lovingly crafted documentary by Frank Rosgaard of Fade to Grey Films, in which Gadd, Blicher, and Hemmer discuss why they enjoy working together and how their collaboration produces such amazing music. The documentary, which right now can be streamed for free, features intriguing behind-the-scenes footage of the trio preparing for a concert and then performing for about 100 people in an incredibly intimate, pre-social-distancing setting.

The new movie offers an engaging and seldom-seen look at truly magical music-making and the bond between three uber-talented men that makes it possible. Filled with footage of the musicians interacting before and after they perform, the movie also features solo interviews with each band member in which they candidly discuss feelings about their music, themselves, and their bandmates. Viewers will learn why Hemmer’s work on the Hammond organ is so unique, how much Blicher’s soulful saxophone owes to New Orleans’ music scene, and why Gadd glories in the “honest music” these three virtuosos are able to produce together. Despite thousands of Gadd clips on the internet, none deliver such an intimate look at the world’s most renowned drummer as this, behind-the-scenes portrait.

“It´s a ball playing with these guys,” Gadd says. “No one plays like this anymore.”

Their unique talents, style and collaboration have produced three incredible albums. Their second, Omara, was nominated for a 2018 Danish Grammy as “Best Jazz Album of the Year.” Like all of Blicher Hemmer Gadd’s music, you can find it here. Their work can also be enjoyed on Spotify and in hi-res on Tidal. 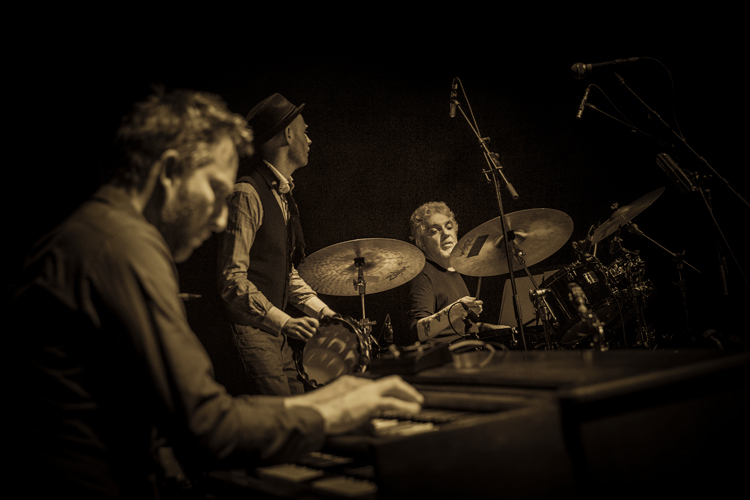 Prior to the worldwide COVID-19 pandemic, the band toured extensively, making dozens of appearances a year throughout Europe and Asia. The pandemic forced the Blicher Hemmer Gadd trio to cancel all of its 2020 tour dates, but this forced respite from touring made the ambitious new documentary and its recent release possible.

The new movie provides a deeper and more insightful look at the trio’s musical and personal relationships introduced in “The Making of Omara,” a shorter film released in 2017. It begins to explore the band members’ friendships, admiration for one another, and musical talents, which are chronicled in much greater depth in the new movie, “The Concert in Eddis Old Car Workshop.”

A quest for musical perfection is embedded in the DNA of all three men and a major reason for their synergy as musicians and friends. Their friendship dates back nearly 10 years to 2012, when Blicher, a three-time Danish Grammy-winning saxophonist who writes all of the trio’s music, met Gadd at a master class in Denmark and learned that the drummer enjoyed playing his compositions. Blicher soon introduced Gadd to Hammond organ hero Hemmer, with whom he had made an album and toured Scandinavia. The melding of each man’s musical gifts led to a 17-show tour of Denmark, Norway, and Sweden in 2014, and the trio continued touring until the pandemic reared its ugly head.

Their friendship, admiration for one another, and the music they create suggests Blicher Hemmer Gadd will be back on tour as soon as COVID-19 is under control. No doubt their growing fan base can’t wait to hear more of the trio’s distinctive sound, inimitable groove and mesmerizing music. In the meantime, the new film reveals not only how the band has been able to achieve its success, but also how and why the three men have formed such an unbreakable bond. Although “The Concert in Eddis Old Car Workshop” is about a jazz trio, all music lovers should find it fascinating. And it wouldn’t be the least bit surprising if music fans become jazz fans after getting a taste of the trio’s tunes. Honest music, indeed. 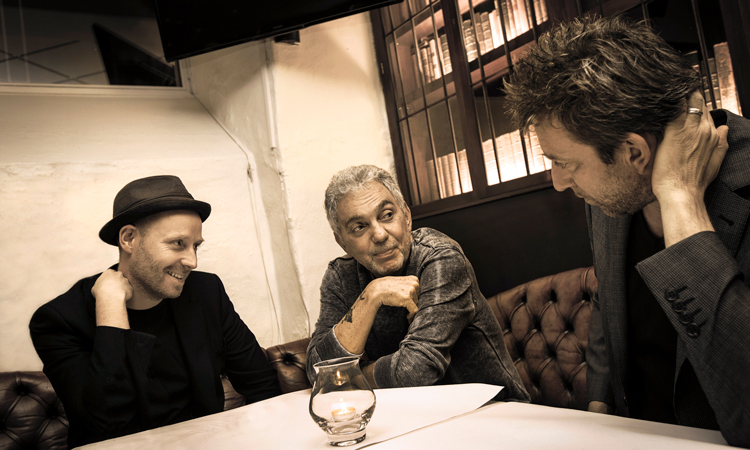 Although this release focuses on their new movie, Blicher Hemmer Gadd remains focused on capturing and reproducing audio as accurately as possible. For example, the trio’s last two albums were made in collaboration with Brinkmann Audio. Their most recent recording, Get That Motor Runnin’, was mastered using MQA technology and converted to analog with a Brinkmann Audio Nyquist Mk II Streaming DAC. The MQA Master has been directly fed from the DAC into the cutting machine, and a Brinkmann Audio Bardo direct drive turntable was employed for quality control. The band further embraced that process last year when it released a remastered vinyl version of its second album, “Omara.” You can learn more about the technology here.