Up NextELAC Uni-Fi 2.0 Loudspeaker System Preview
Michi is an elite sub-brand of Rotel representing the company’s flagship line of products.

The Michi sub-branding was introduced in 1990s to carry the company’s higher end and pricier products, but it somehow became dormant a few years later. At the end of last year, Rotel revived the Michi sub-brand with the introduction of three flagship-level products: The P5 preamplifier ($3999), S5 stereo amplifier ($6999), and M8 Monoblock amplifier ($6999). In August 2020, two new integrated amplifiers were introduced in the Michi line: the X5 ($6999) and X3 ($4999), with availability starting in November 2020 for the X5 and October 2020 for the X3.

I snatched up in a heartbeat the opportunity to review the Michi X3 when a Rotel representative offered me one. There was no way I would pass up and opportunity to review a product with such a pedigree. The X3 really knew how to make an entrance when it arrived about two weeks later. The sheer weight of the package alone gave an indication that it should not be considered lightly (literally or non-literally). At 64 lbs, this piece is ruggedly built and significantly heavier than most integrated amplifiers out there. The thick chassis, thick heatsink, and large custom high-current toroid transformer contribute to this hefty weight. Rotel seems to engineer the products in the Michi line to their highest standards. The X3 is a modern advanced integrated amplifier, but its clean and elegant appearance deceivingly hide its many features. It can switch and process analog and digital signals, the latter is powered by the AKM premium 32-bit/768-kHz DAC chip. The X3 can handle PCM signals up to 32-bit/384-kHz and DSD signals up to 5.6 MHz (DSD128) through its USB input. It also features MM phono stage and Bluetooth with apt-X for wireless music playback. Its internal amplifier is of class AB and capable of delivering 200 W/channel into 8-ohm or 350 W/channel into 4-ohm loads. 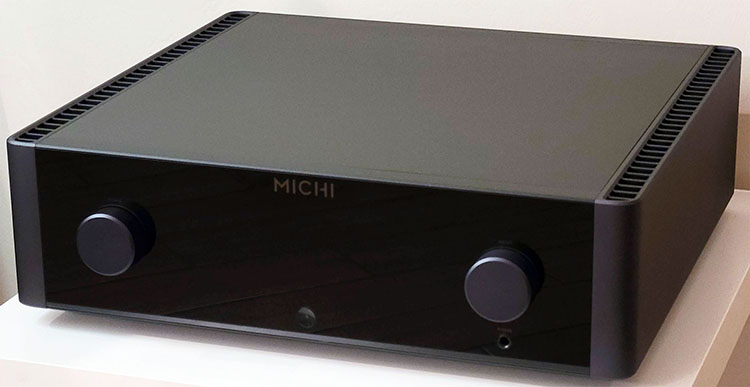 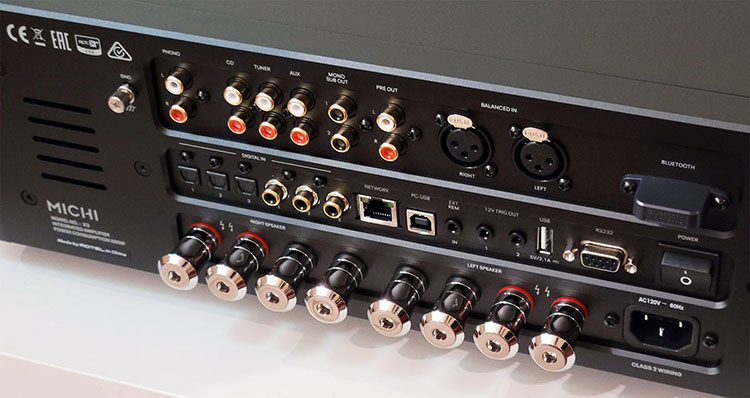 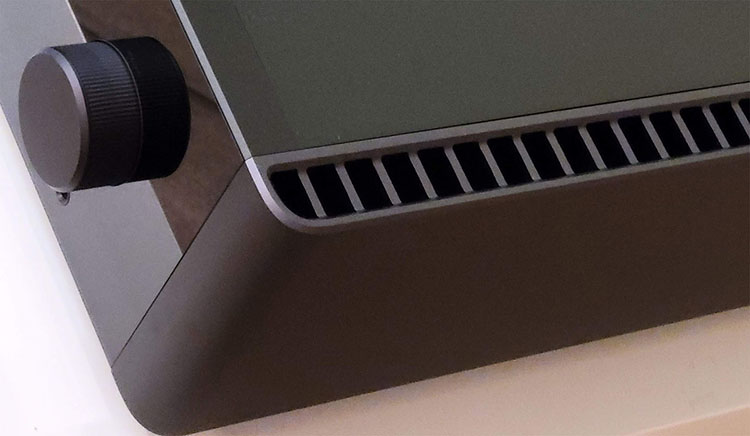