McIntosh’s MVP901 Audio Video Player, MX122 A/V Processor, and MX205 Five-Channel Solid-State Amplifier form the “economy end” of their home theater lineup. With its “stream, play, and take no prisoners” attitude, the disc player can be a network or internet receiver and a “play mostly anything” disc device. It even plays MKV files with 5.1 audio from a CD/DVD+RW disc! The MX122 A/V processor duplicates those stream-and-play capabilities while adding wireless, Bluetooth, and Audyssey room correction. The processor’s generous information screens even helped me identify an audio problem I didn’t even know I had! The MX205 amp, despite lacking the traditional McIntosh output autoformers, runs with the best of the breed while producing 200 watts-per-channel into four or eight ohms. The components look good while doing their voodoo, sporting traditional McIntosh glass faceplates, and big blue meters for the amplifier. So, are the “baby Macs” worth their prices? More importantly, do they deserve a place in McIntosh iconography? Read the upcoming review to find out! 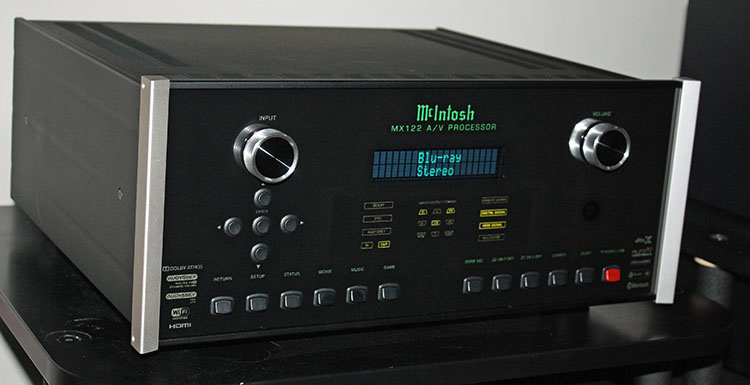 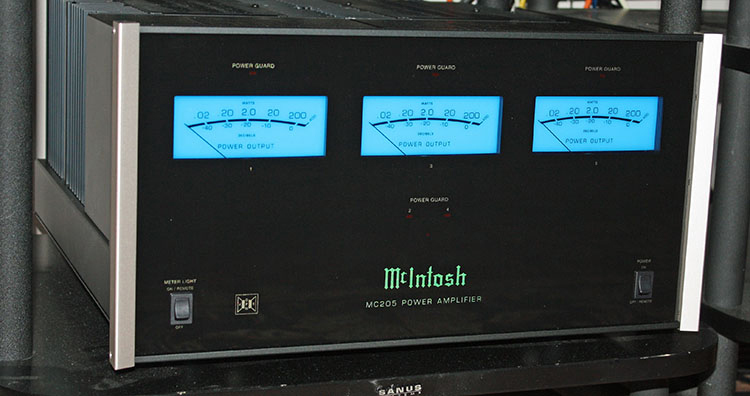