It’s their new top-of-the-range DAC and headphone amplifier with native MQA support, integrated Bluetooth, a more powerful headphone output, and ‘superior’ DAC technology. It has been purpose-built to improve the sound of your system. 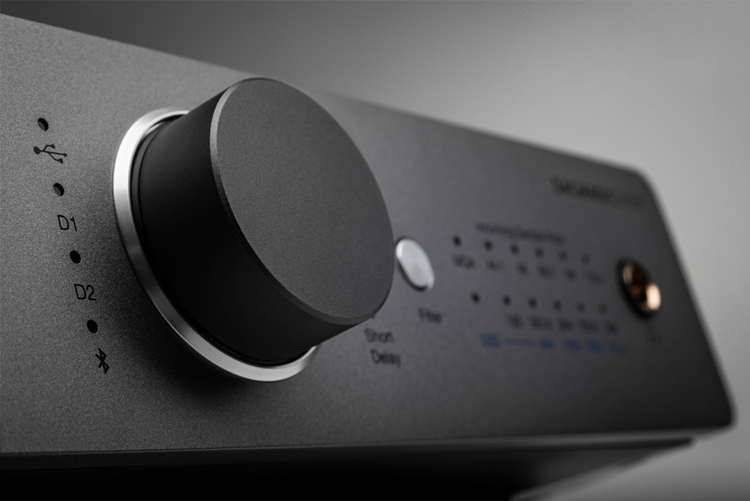 Visually, it’s a slick-looking, expertly built steel and aluminum box that measures just 2 x 8.5 x 7.5 inches and is finished, in the same ‘Lunar Grey’ that has become synonymous with all Cambridge Audio’s gear as of late. It fits right in with their newish industrial design language.

This cute little box of joy is small enough to be placed within an existing audio set-up, on your desk in your home office, or your TV rack. As someone who finds themself chained to a desk during the day (and most nights), I’m already planning to put it next to the Scarlett 2i2 Audio Interface on my desktop. Also, the aging NAD 326bee Integrated Amp which powers my DJ set up lacks any digital inputs so the DACMagic 200M would make it more functional for day-to-day use. 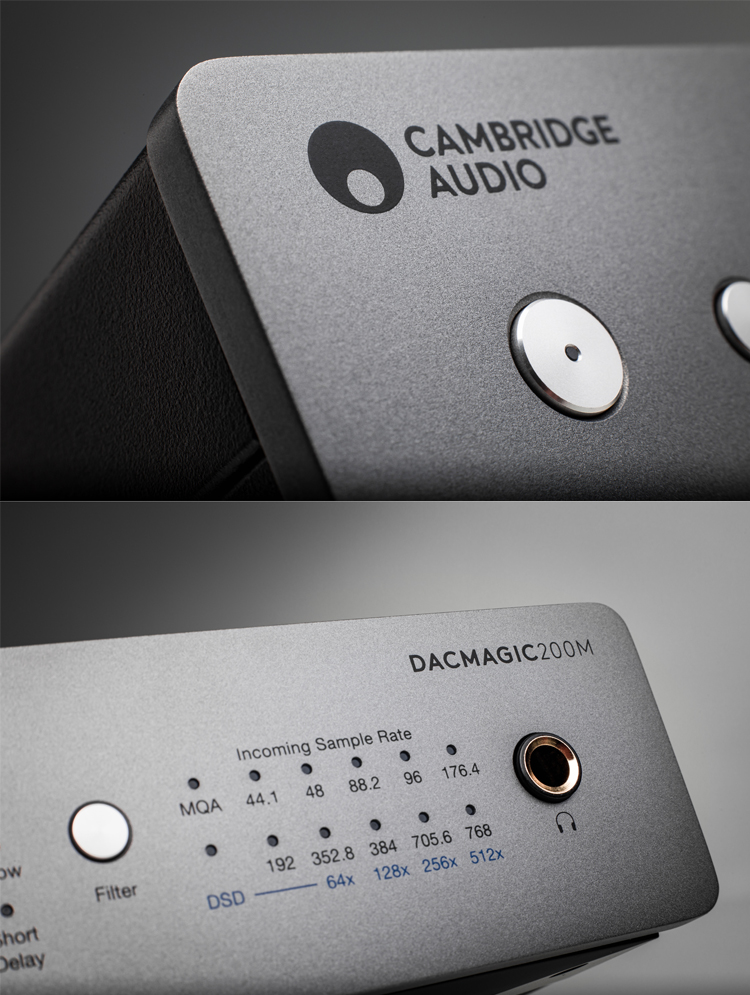 Speaking of day-to-day use, there are a whole bunch of inputs on the DacMagic 200M. Digital inputs include two coaxial, two optical, and one USB type-B for sources like laptops, CD players, game consoles, and Blu-ray players. There’s also Bluetooth aptX for wireless playback from smartphones or tablets. The DacMagic 200M has both balanced and unbalanced analog connections. And lest we forget about that headphone amp. It’s a half-inch output, with traditional class A/B amplification and reduced output impedance for ‘more power, less distortion, less noise, and tighter audio control.

The new DacMagic 200M has been designed from the ground up and Cambridge has literally doubled up on its feature set compared to the previous version. Starting with Dual ESS Sabre DACs that can handle PCM and DSD signal inputs at a higher resolution than before – up to 32-bit/768kHz (PCM) and DSD512 natively. Next up, the 200M is a dual-mono configuration, meaning the left and right channels are processed separately, which should yield a precise and distortion-free listening experience. 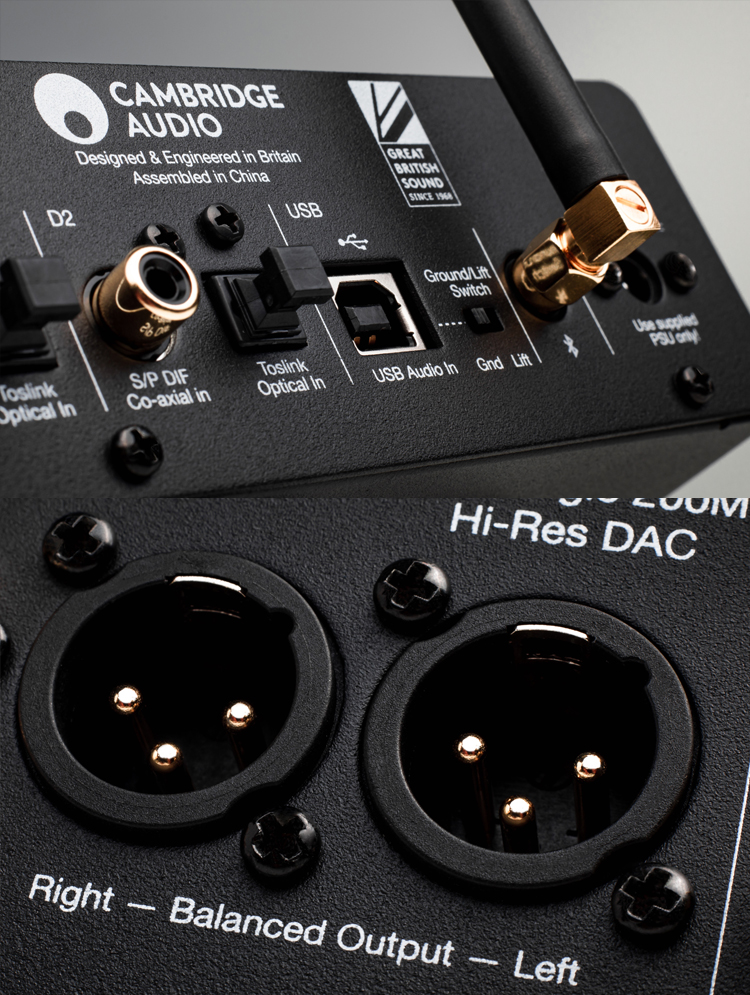 There are three pre-set filters included to help reduce ‘noise generated by the digital-to-analog conversion process, with each filter offering a different sonic option depending on the source material.’ I never even considered conversion noise reduction as a must-have but now I can’t wait to see how it works. The DacMagic 200M is Cambridge Audio’s first product to natively support MQA files. What the heck is MQA you ask? MQA (Master Quality Authenticated) is ‘an award-winning British technology that not only captures every fine detail of a recording but also makes it easy to stream online. TIDAL music streaming service, for instance, uses MQA technology to deliver master-quality sound. The master MQA file is fully authenticated and is small enough to stream or download. The DacMagic 200M can fully decode and convert these incredibly accurate files, so they sound exactly like the original studio recording.’ The LEDs on the front panel light up when you’re listening to MQA files.

I’m curious to see how the DacMagic 200M sounds and how well it integrates into my setup. It will come in handy during one of my many late-night Lightroom photo retouching sessions. And for once, I’m looking forward to it! I’ll let you know how I like it, stay tuned for my full review.