An ultra-short throw projector like BenQ’s V7050i can be a true television replacement with a bright and colorful image as large as 123 inches diagonal.

With Ultra HD resolution, HDR, and 3D support, it brings life to all the latest content from Blu-ray and streaming.

I’ve just received a V7050i sample from BenQ and have set it up in my theater room. Using a small table directly below a Stewart Studiotek 130 Luminesse, I got an 84-inch diagonal image up and squared within five minutes. After tweaking focus, I was watching 4K Blu-rays and streaming shows from the included Android HDMI stick in short order.

The V7050i is a very capable display with Ultra HD resolution achieved via DLP pixel shift. It supports HDR10 and HLG HDR formats but not Dolby Vision. With an extended color gamut, it delivers solid coverage of DCI-P3 for HDR content and an accurate Rec.709 gamut for SDR material.

As a DLP, it doesn’t quite match contrast with the best LCoS projectors, but it is better than most DLPs I’ve witnessed. A special smart mode for its laser phosphor light engine expands dynamic range by varying light output in step with content. This feature is very effective and appears to have no downside. Light output is also quite high; enough that I can have the lights on and still see a decent image. Built-in speakers deliver clean and balanced sound.

The BenQ V7050i is a complete package and can easily replace a television with an image as large as 123 inches diagonal. I’m looking forward to putting it through my battery of tests and watching movies and TV shows over the coming weeks. Watch this space for my full review. 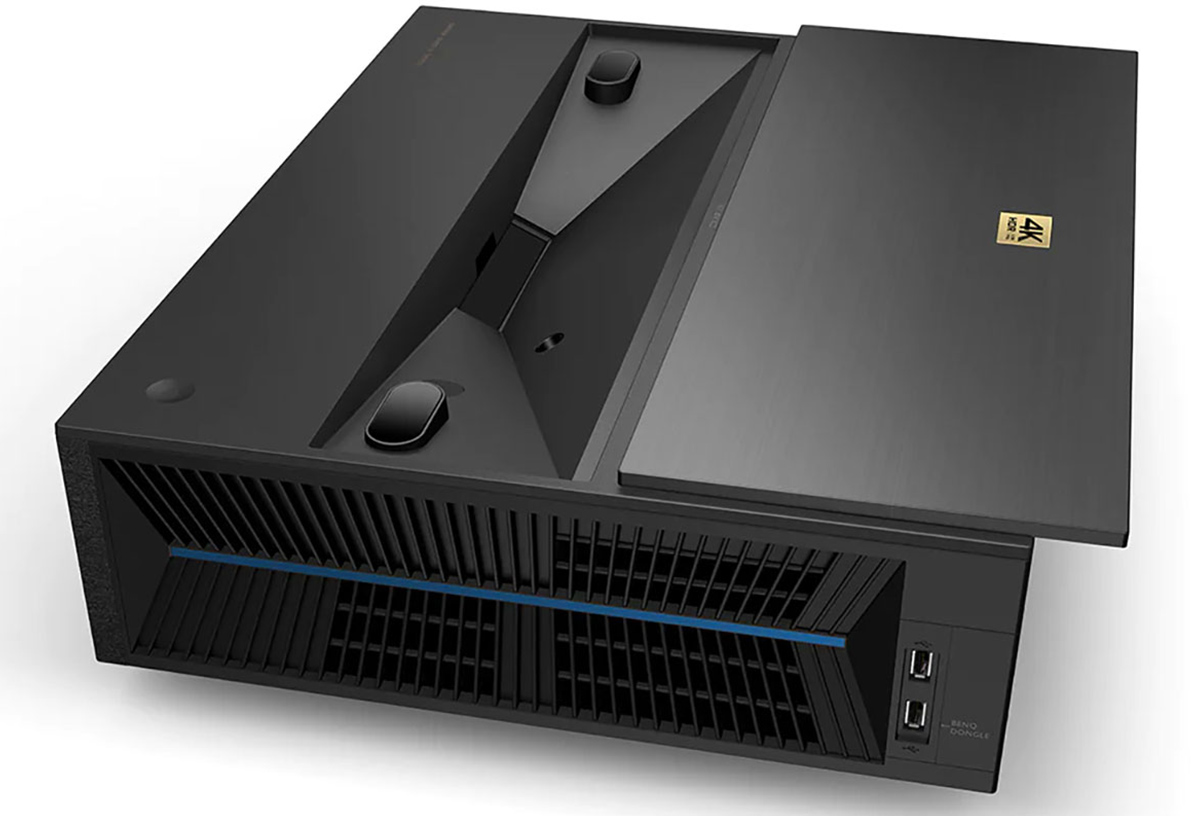