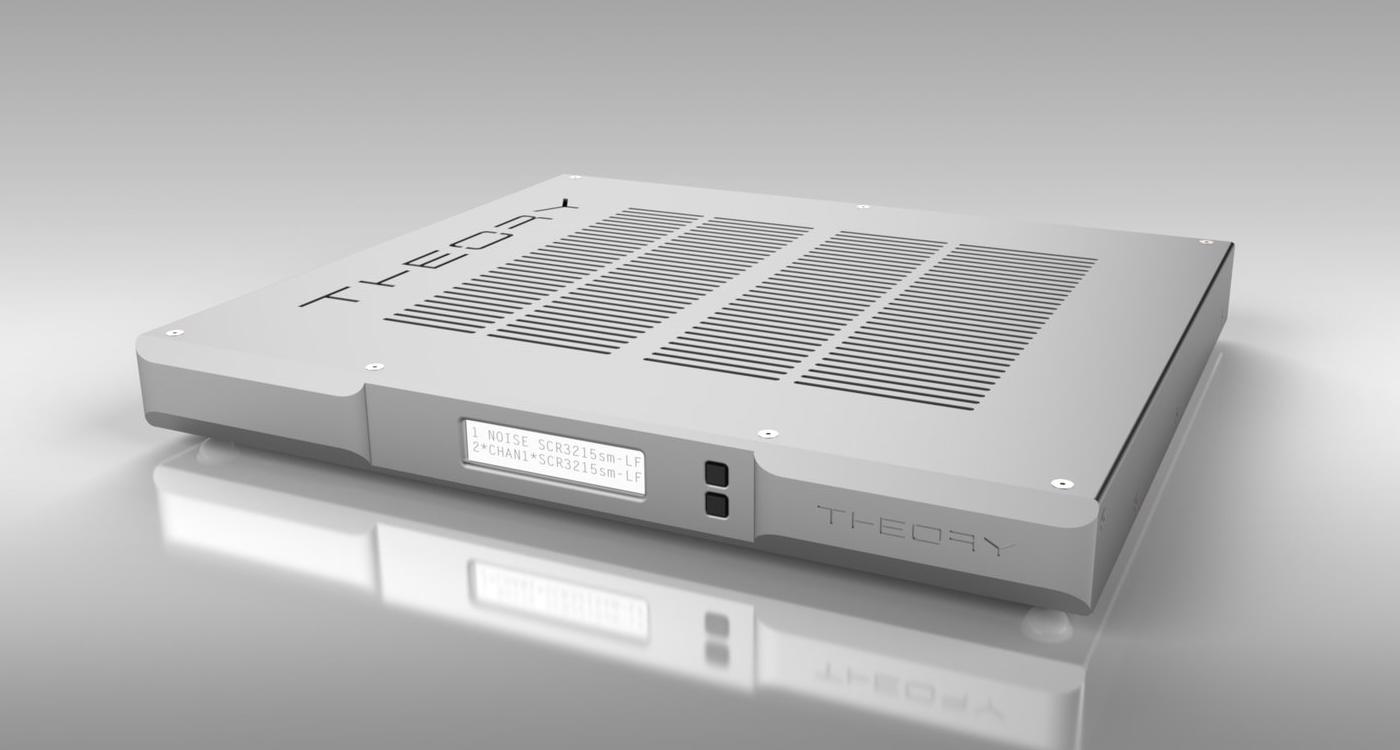 In minutes, you can set one up, indoors or out, and project an image up to 100 inches diagonal on a wall or screen. With built-in speakers that deliver surprisingly full and rich sound, you can have a movie night just about anywhere. I’ve just received both of them for review.

It’s hard to imagine a front projection display as a lifestyle product but BenQ has a lot of experience with this genre. I’ve looked at quite a few of their portable models in the past and the GS50 and GV30 represent a whole new level of convenience and ease of use.

Both units are set up in minutes with auto-focus and auto-keystone. I’ve had a few projectors with auto-focus before and BenQ is the first to deliver one (two) to me that actually work. I pressed a dedicated button on the remote and boom, the picture was razor-sharp in about two seconds. The auto keystone works too though I don’t need it in my theater. 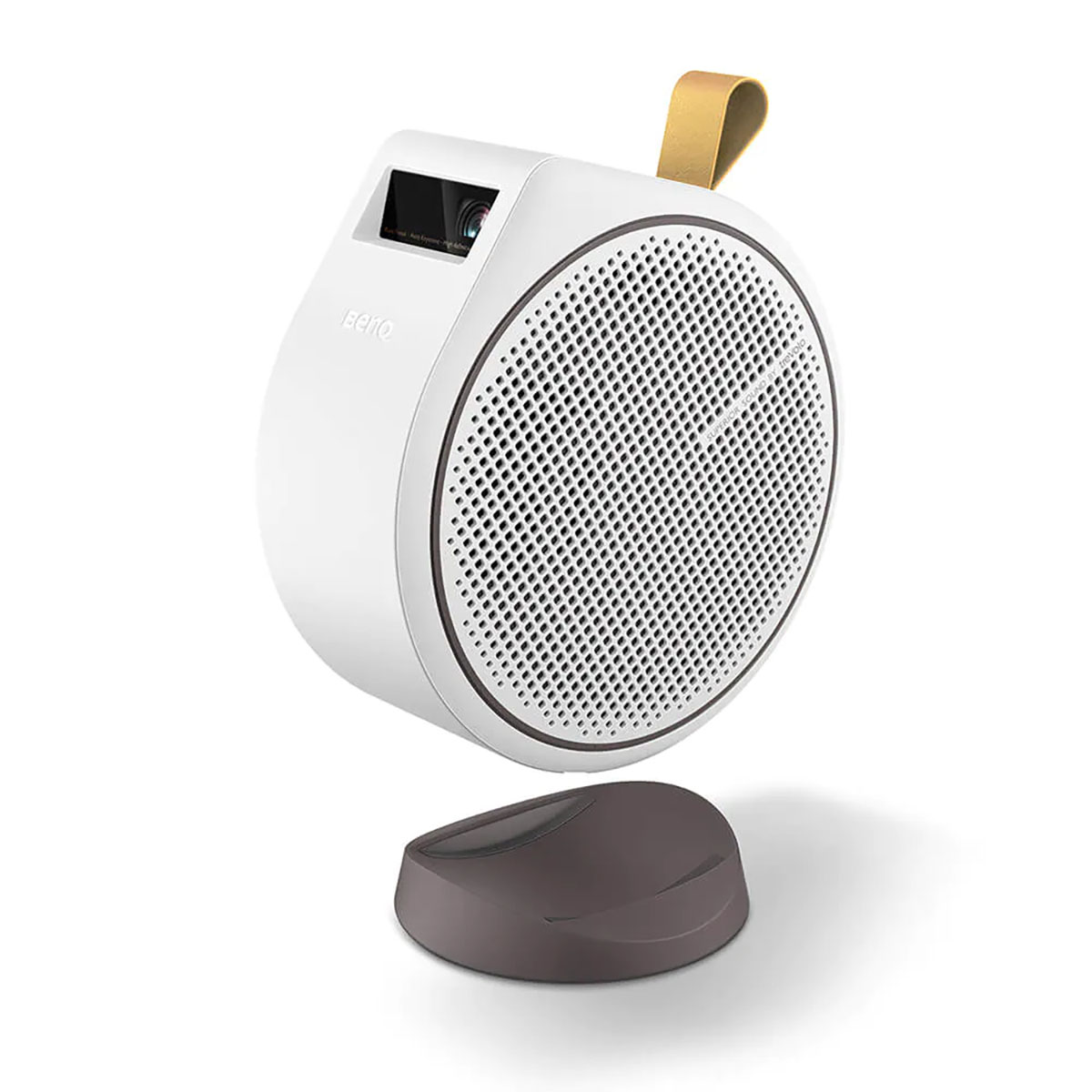 The GV30 is a tiny cylinder that sits on a magnetic base. To get the picture height set, you rock it fore or aft, then adjust the keystone. I just raised my stand to achieve the same thing and avoided the resolution reduction.

The GV30 is a 720p display which is advantageous when running on its internal battery. Yes, you can literally plug in an Android TV dongle (sold separately) and watch TV with no wires whatsoever. The battery is rated for 2.5 hours. Light output is spec’d at 300 lumens and my experienced eye says that’s about right. I’ll be watching it in the dark for sure. 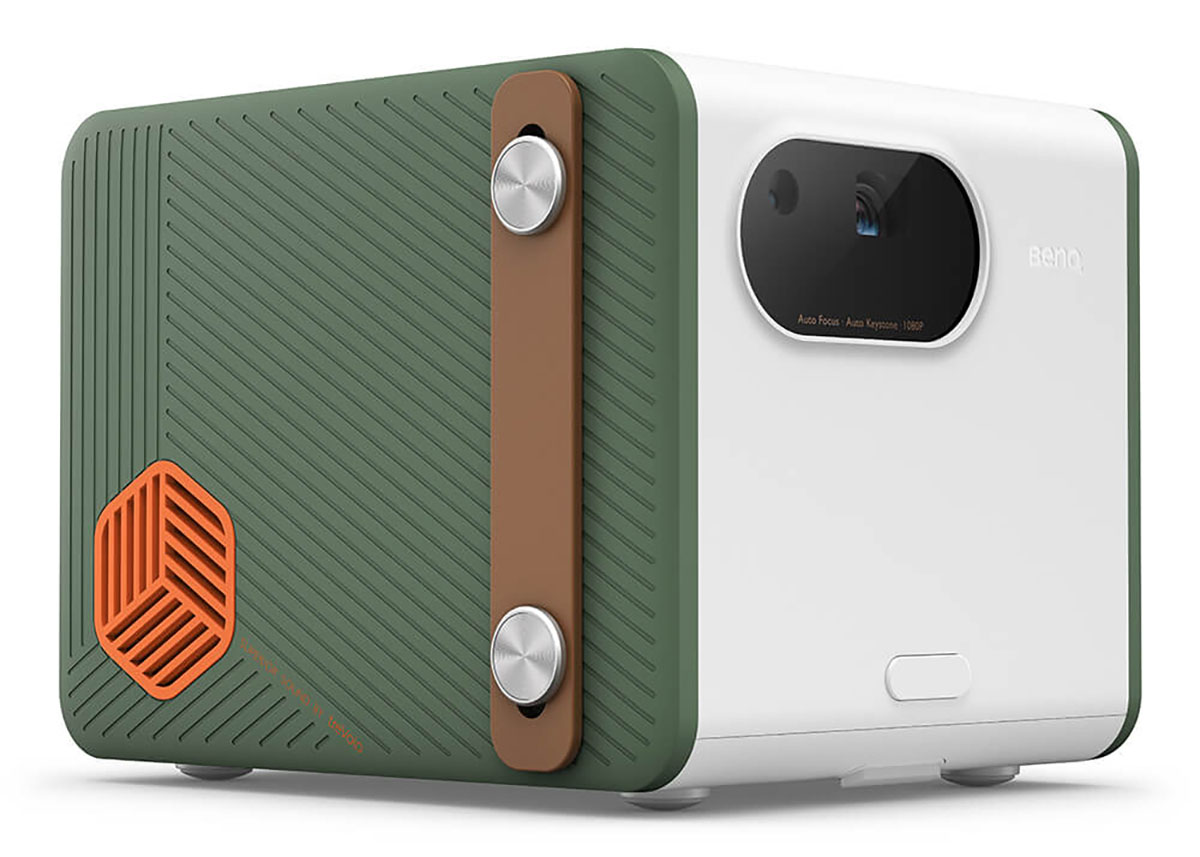 The GS50 has a cube-shaped chassis and runs at 1080p. It also accepts an Android TV dongle which was included with my sample. It’s rated for 500 lumens and is clearly bright enough for most media rooms or an outdoor space at dusk. I installed the dongle which BenQ included with my sample and was watching a fascinating YouTube video about Coke and Mentos within five minutes. 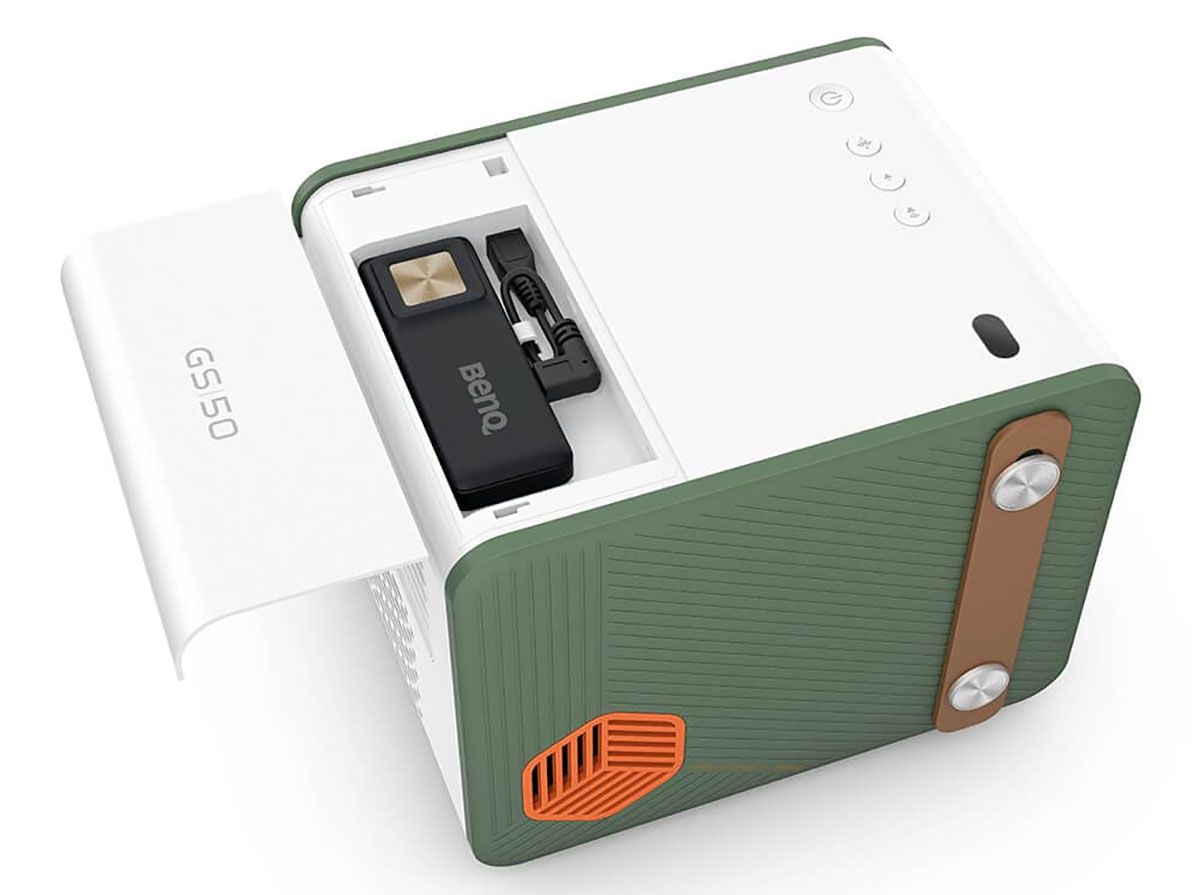 Both projectors feature 2.1 channel sound from internal speakers. I listened to the GS50 for an afternoon and was very impressed. Plenty of projectors have built-in sound and none approach the quality I heard from the GS50. There is a shocking amount of bass and the sound comes out loud and clear, with no trace of distortion. BenQ has really upped the ante in this area.

I’ll be putting both projectors through my test suite and watching movies and TV shows on them over the coming weeks. Stay tuned for individual reviews of the BenQ GS50 and GV30 portable projectors. I’m already impressed, and I’ve only just begun! 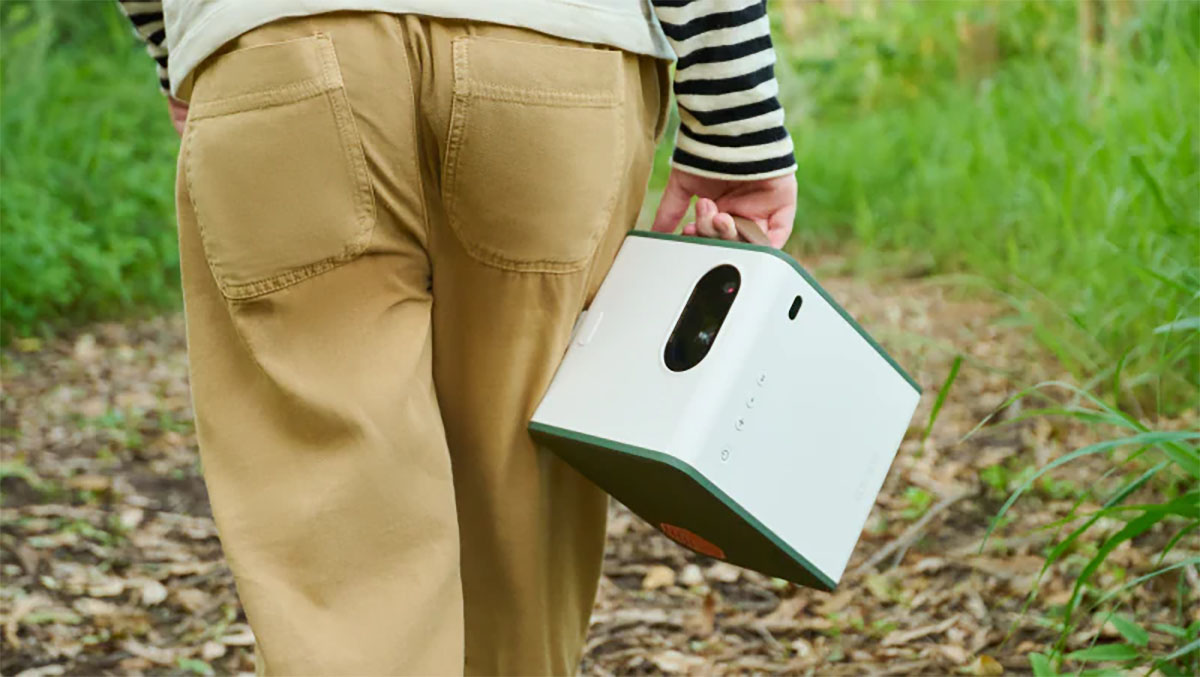 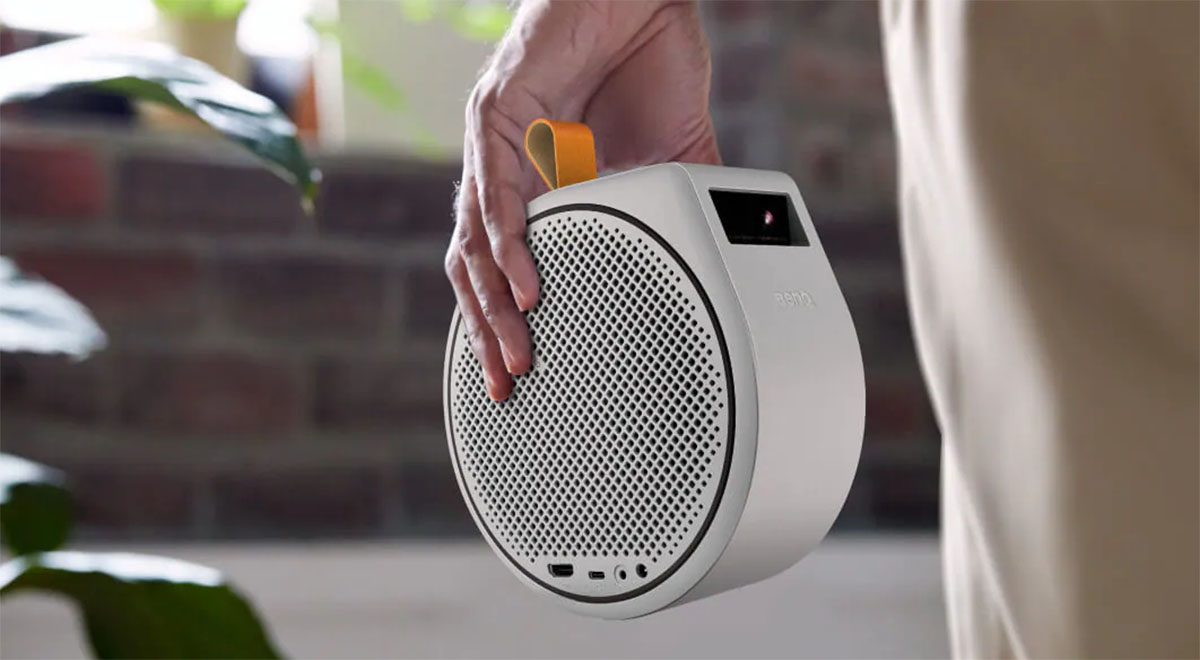