Up NextWhat We Are Watching Vol. 8: January 2021
Jim Milton 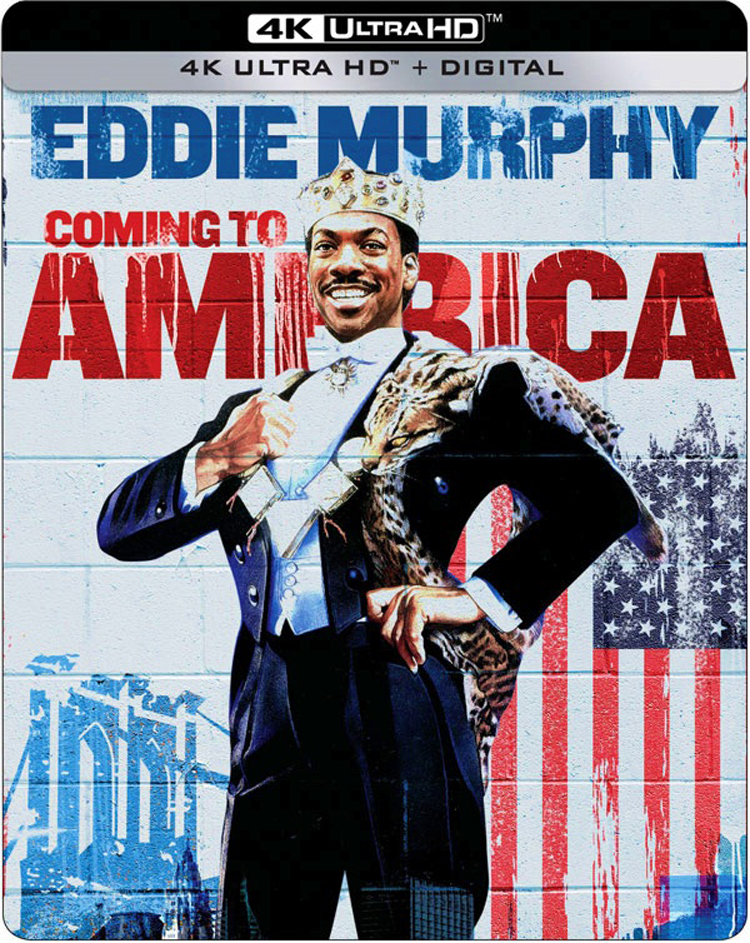 Well, Paramount has sent me a few Murphy movies that are newly minted onto UHD 4K Blu-ray. Beverly Hills Cop was the other along with this. On Blu-ray, I got The Golden Child and Trading Places. Of the bunch, I liked the lighthearted, good nature of this one. Murphy usually plays 2 types of characters: the young smart-ass streetwise character that is a rule-breaker, or, the naïve character that is so out of his element, that it leads to hilarious situations (think Borat, only way more PG).

Here we find Murphy as an African prince in search of a soul mate. The girls his father (Jones) has set-up for him are mindless Barbie dolls. Taking his trusted friend (Hall), he sets out for America where he goes to (where else?) Queens, NY. The two get a job at a local burger shop and Murphy eventually finds the love of his life, the shop owner’s daughter. Now, what I really enjoyed in the film are the cameos the two play. With some excellent make-up effects, they play different men and women…even a cranky white Jewish male. These characters almost steal the show with their funny banter and actions. Though Beverly Hills Cop may have made Eddie a star, Coming to America gave us a deeper look into his comedic genius. Arsenio had a late-night show for a while, but after this movie, he faded into obscurity. Murphy lasted a bit longer (remember The Nutty Professor? Pluto Nash? Neither does anyone else), but he too vanished for some time. His “second coming” came when he voiced Donkey in the Shrek movies. Enjoy this film and see him at the top of his game.

And what is up with those Asian elephants? Couldn’t they find real ones from Africa?

Of the Godfather Trilogy, the last one has always been a bit of an enigma. It was confusing to follow; the acting was a bit off and the pacing made it difficult to enjoy. The ending was also a bit flat in an emotional sense. However, after 30 years Francis Ford Coppola re-edited this nearly forgotten third installment in Mario Puzzo’s story and the film now reflects the original intent of the director. If you are a fan of the Godfather movies, you owe it to yourself to see this newly edited version. It makes sense and feels more complete and satisfying.

The editing has given us a whole new opening sequence that sets up the story in a more coherent fashion. The ending has been reworked as well and now has the powerful emotional impact that was missing. Michael Corleone is in his 60’s and has spent the remaining years of his life trying to make the “family business” legitimate. With some added political moves by the Vatican that have some serpentine twists, a sharper storyline emerges. While Michael wants to go straight, his past never really lets go of him and he is drawn back into the mire of his former business. Taken under his tutelage, Andy Garcia’s Vincent wants to take over the business from his uncle, but his fiery temperament reflects the impetuousness of the “business” back in the late ’50s. Added into the plot is the incestuous relationship between Garcia’s character and the daughter of Michael Corleone. Probably not a great career move on his part. Between health scares and assassins, Michael is losing everything he has worked so hard to attain.

In the end, Michael does not really die like the title implies, but his soul is murdered right before our eyes. It is said that the children will pay for the sins of their father, and so it is with this story. Nothing is more important than family. For Michael Corleone, that lesson came too late. 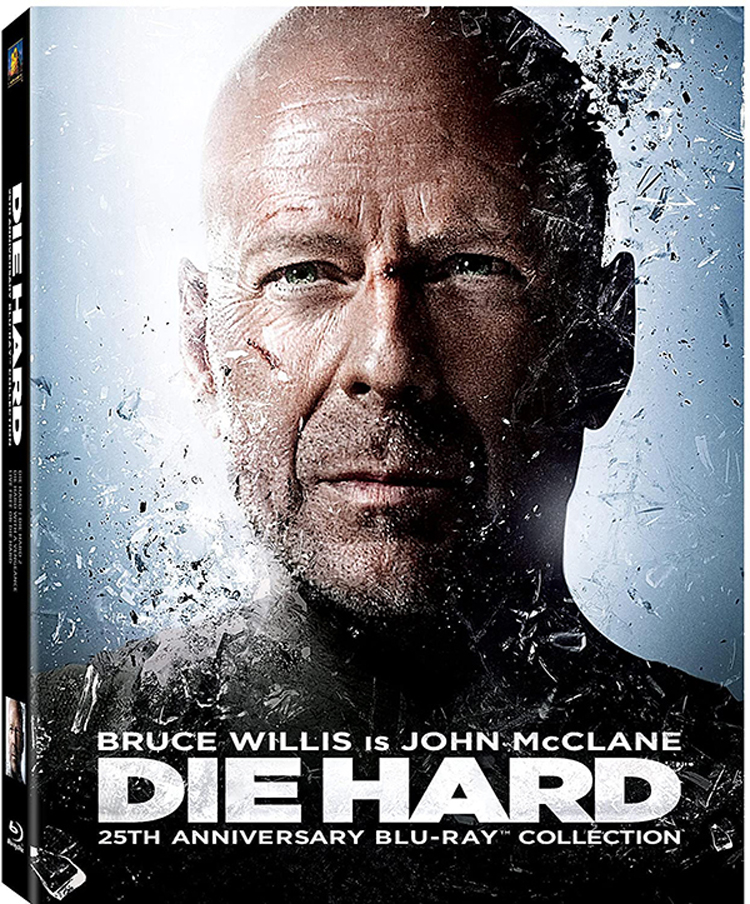 It’s become a tradition for my older son and me to watch the original Die Hard movie on Christmas Eve and this year was no exception. To put this question to rest, yes Die Hard and Die Hard 2 are legit Christmas movies and they happen to be the best of the four movies included in this set (the more recent 30th-anniversary collection adds the 5th movie but all the other transfers are the same). The third movie, Die Hard with a Vengeance never appealed to me because I hated that they made John McLane’s character such a complete and utter down-in-the-dumps ass, separated from his wife and family again.

Also, Samuel L Jackson was too strong a sidekick character and stole a lot of the movie from Bruce Willis. Live Free or Die Hard is a bit of an improvement with a better story, and reference level visuals and audio. For me though, the original with Bruce Willis matching wits against Alan Rickman’s superlative performance as Hans Gruber is the best of the lot. The penultimate 80s action flick, and one of director John McTiernan’s finest. I remember seeing this movie when it opened on a huge screen with an amazing sound system (for the time) and it screams to be seen that way. I’ve since owned the laserdisc, the DVD, and now the Blu-Ray and while the image on this disc is good, it suffers from some softness and noise especially during the dark scenes. The audio is good but nowhere near as immersive as the audio track from the 4th film. Still, we thoroughly enjoyed watching it again and no Christmas is complete without it! This set also includes a bonus disk with extensive interviews and background on the series. 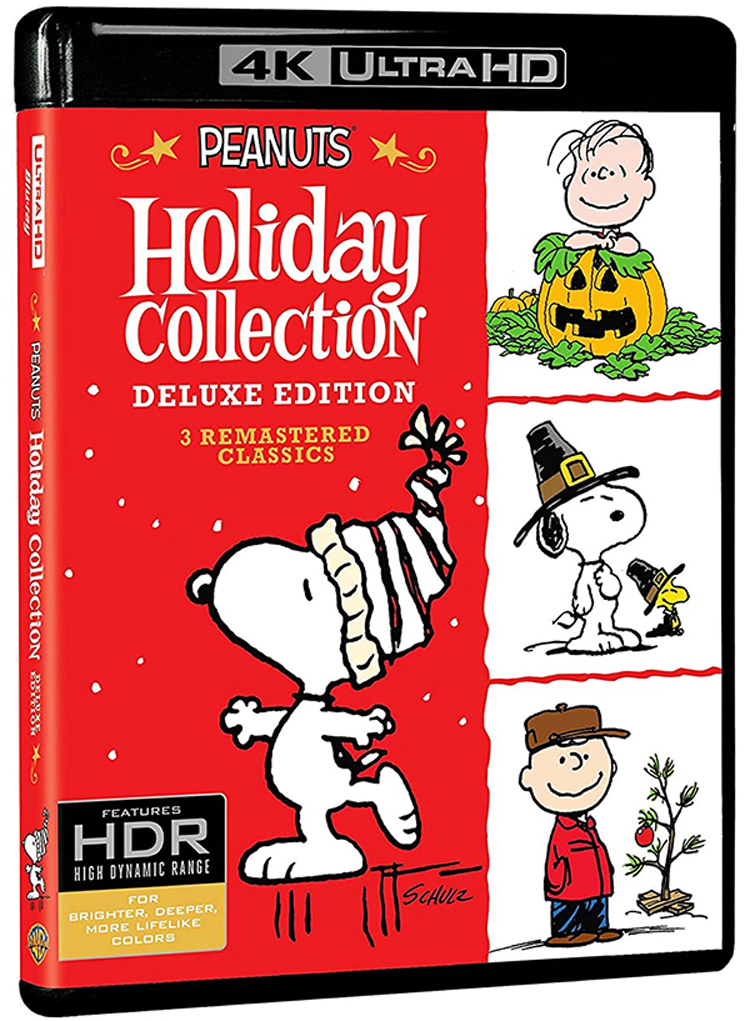 Every generation has it’s signature Christmas movie or entertainment event. For some, it’s “White Christmas” or “Miricle on 34th Street”, while for others it’s “A Christmas Story” or “Elf”. For me though “A Charlie Brown Christmas” is the signature bit of holiday fare that I cannot do without. This year CBS did not air it as it has in the past leaving the job to Apple TV and PBS this time around. No matter though, the Blu-Ray edition from this classic holiday set has the most pristine visuals that I have ever seen on any version of this TV special. Every detail, and frankly imperfection of the acetate-cel-over painted-background production method is there to be seen, including the shadows cast between the cels and backgrounds during shooting.

As an animation buff, I am beyond delighted to see that someone in the mastering process did not decide to retouch all the visual imperfections out of this classic as has been the case with some recent classic Disney releases. As a piece of entertainment, A Charlie Brown Christmas never fails to tug at the heart and remind us of the true reason for the season in its simple yet profound way. Some have complained about the lack of the original mono soundtrack with Warner opting for a synthesized DTS-MA 5.1 channel approach to the audio. It’s not ideal but I don’t find it bothersome as I would most likely upmix (via my AVR) the mono track anyhow if it was there.