Up NextWhat We Are Watching Vol. 6: November 2020
Chris Eberle

Normally I’d be writing this column about a few Blu-rays from my collection, or new discs I’ve added. But I’m going to take a detour this month to talk about a new frontier I have embarked on – Ultra HD streaming.

While videophiles spend much of their time discussing the latest Ultra HD Blu-ray release, the fact is that most people will experience this new format by watching Netflix or Amazon Prime. Just check out the internet and see how many Ultra HD Blu-ray players are available for sale. It is literally a tiny handful.

I recently added an LG OLED65GX Ultra HDTV to my living room and with it comes a host of new video format options. I already have an Apple TV 4K in the system so with a few changes to the setup, I now have Ultra HD resolution with HDR and Dolby Vision available. 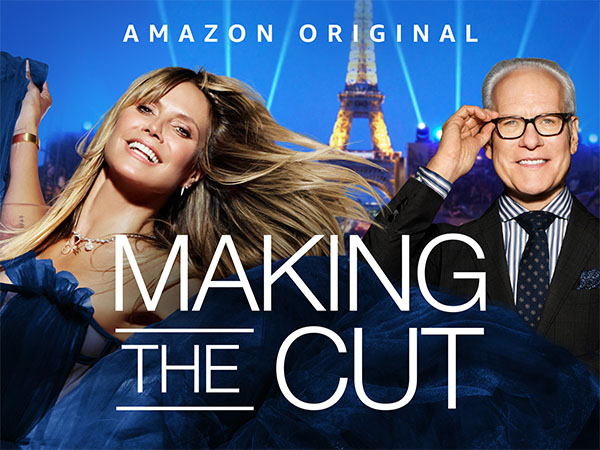 My go-to services are Netflix and Amazon, and both have a good deal of Ultra HD content. I recently checked out Making the Cut on Amazon in HD, then re-watched a few episodes in Ultra HD with HDR10. The difference is almost mind-blowing. Those who say you can’t see a difference between HD and UHD on a television should check their eye-glass prescription. I’ll admit, I had low expectations but the extra detail and pop that comes from greater pixel density and broader dynamic range is obvious.

Browsing in the Amazon app reveals a smattering of HDR-encoded content and a few Dolby Vision titles like the second season of Bosch and a few movies like Men In Black 3. 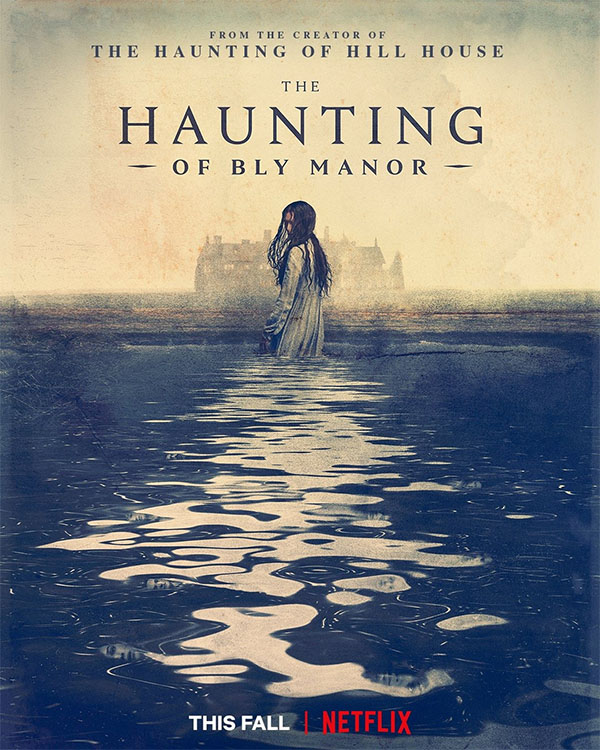 The Haunting of Bly Manor

But over on Netflix, you’ll find a lot of snazzy video to show off that new TV. I just started watching a new series from The Haunting franchise called The Haunting of Bly Manor. This is an excellent show, better than its predecessor, The Haunting of Hill House. It features some of the same actors along with new talent and a much more engaging story. It’s presented in Dolby Vision with Dolby Atmos audio and it looks terrific. Dark scenes are especially tasty with deep blacks and just enough shadow detail to see what’s happening while maintaining the scare factor. Horror fans will definitely want to check this one out. 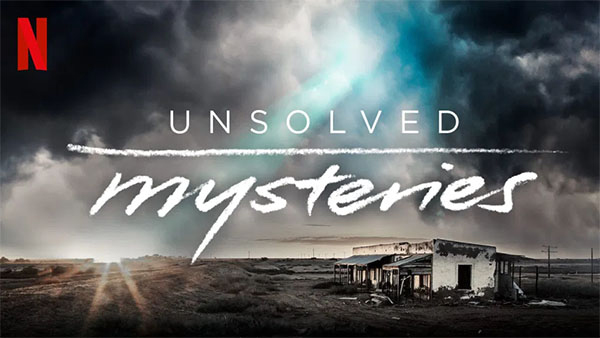 I also started the new collection of Unsolved Mysteries, presented in Dolby Vision. You wouldn’t expect much visual impact from a crime documentary, but the creators have truly embraced the format with colorful overhead pans and expertly filmed dramatizations of the events. Sound quality is a cut above as well. Though I do not have a Dolby Atmos system, the dialog and ambient effects are super-clean and accurate with a presence that exceeds the usual Dolby Digital and DTS compressed audio. 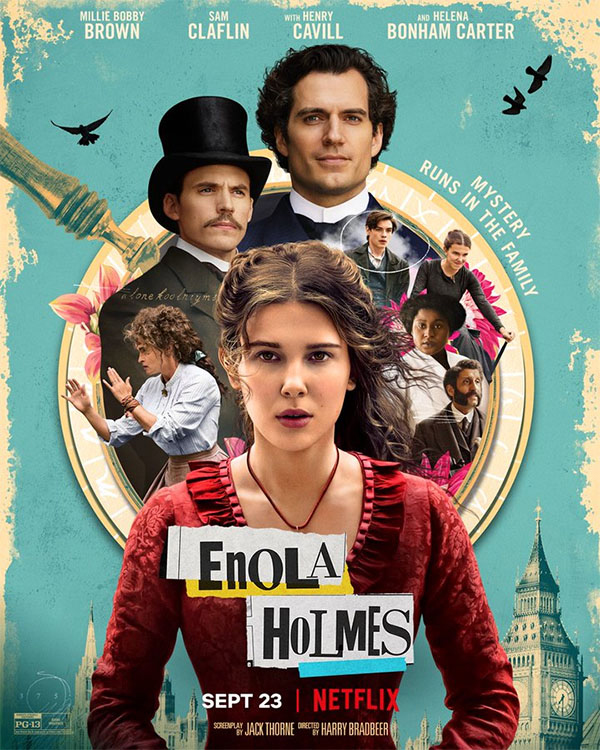 I am looking forward to watching Netflix’s Enola Holmes movie which is also available in Dolby Vision. It stars Millie Bobby Brown whom you’ll recognize from Stranger Things. If you are a Netflix subscriber, you can add Ultra HD to your account for an extra $3 a month. Given the quality I’ve seen so far, it’s well worth doing. I also highly recommend the Apple TV 4K. It does an amazing job upscaling 1080p video and makes an ideal source component for any modern display. 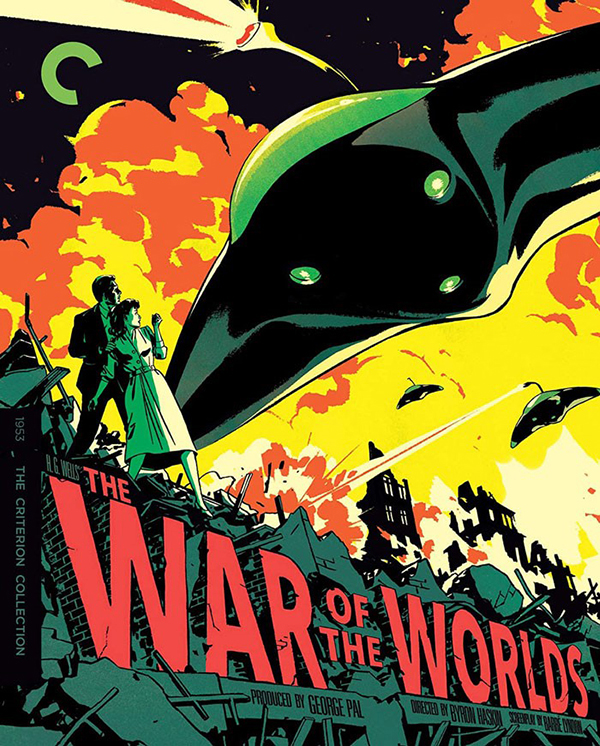 Who hasn’t seen this alien invasion classic from the UFO decade of the fifties? Still, this wonderful restoration by the Criterion Collection is like seeing it for the first time. The audio and video are a treat, something that will be effective on your home theater screen.

The film stars Gene Barry (Bat Masterson, Burke’s Law) and Ann Robinson (Son of Ali Baba, City Beneath the Sea) and it was the special effects wonder of its day. Most of the effects still hold up well, and a few visible wires on the Martian war machines have been digitally removed.

The restored print looks pristine on Blu-ray, and there is the original mono track and a new 5.1 surround mix done by Ben Burtt and presented in DTS-HD.

If seeing this great film restored is not enough of an incentive, there are extras galore. There’s a commentary track by Director Joe Dante (Gremlins) film historian Bob Burns, and author Bill Warren. I’d say these are the top guys you’d want on a commentary track for any creature film from the fifties.

There’s a 1970 interview with Producer George Pal (Destination Moon, Time Machine) and a whole boatload of other extras, including the 1938 Orson Welles radio play of War of the Worlds that scared the nation.

First time viewers will be on the edge of their seats, and if you’re familiar with the film it will still grab you. Even the 2005 remake done by the great Steven Spielberg doesn’t surpass the original, although Spielberg gave us terrific CGI effects.

Before watching War of the Worlds, I thought it would be just a cleaned-up version of a film I remembered well. But the beautifully restored video from a 4K scan and the re-done audio make for an involving and enjoyable experience. Get this Blu-ray, and you won’t be disappointed. 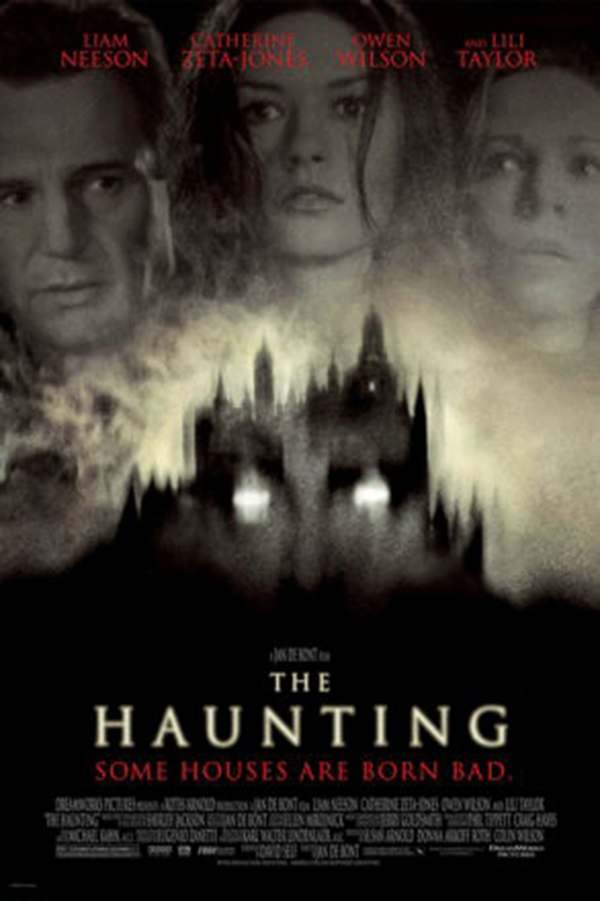 Just in time for Halloween, Paramount Presents releases this movie from a 4K master that provides an exceptionally clean 1080p picture about the haunted happenings based on a book by author Shirley Jackson. Neeson portrays a professor that convinces 3 participants that he is looking to do a study on insomniacs. The house of course has a creepy history and before long, unexplainable things start to take place. The house itself is a magnificent set piece with secret passages and grotesque statuary and architecture. Though it has some heavy CGI, they don’t distract too much from the story’s mood.

Owen Wilson seems like an unlikely character for this film, but he provides some humor to lighten the tension. I still enjoy the Haunting of Hill House with Vincent Price, but this re-make is excellent as well. The sound is generally excellent with some of the loudest bass thumps-in-the-night I have ever heard. I wish this had gotten an Atmos update, because it would have been wonderful to hear even more spooky sounds emanating from all around you in your room. Included in the extras are commentary by Jan de Bont, the director, and some behind the scenes featurettes. The movie has little gore, but some of the scenes can be quite intense. Remember, “Some Houses are Born Bad”. 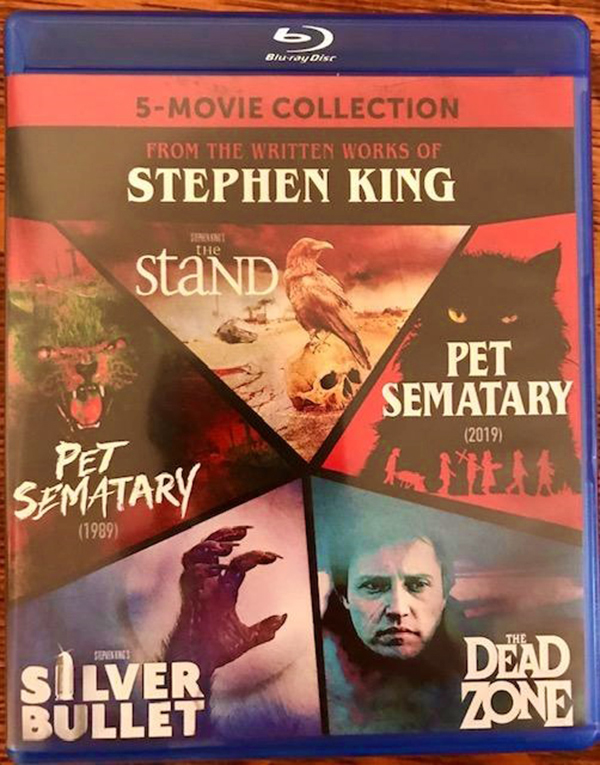 Pet Sematary– 2019 and 1989
I reviewed the former one earlier this year and will only say that has a different take from the 1989 version, particularly with the ending. Rather than having both of these in the same box set, I would have liked getting Salem’s Lot or The Langoliers as an option instead…. but that’s just me. Both are good, but with so many other King flicks, the redundancy wasn’t needed. Perhaps somethings are better left buried!

The Dead Zone– 1983, 1 hour and 43 minutes
A great performance by Christopher Walken as a schoolteacher that has an accident that changes his whole life. He can see the future in people he holds hands with. Usually, their futures are not good or else this story wouldn’t be any fun. With support from a doctor, played by Herbert Lom (Pink Panther) and direction from Dino de Laurentis, the story is engaging and thought provoking. If you had a chance to go back in time, would you kill Hitler? And if you did, would history be changed for the better or worse? Is knowing the future a gift or a curse? Even as you ponder those questions, you won’t see the stories ending coming.

Silver Bullet– 1985, 1 hour 34 minutes
With a bit of tongue in cheek humor, this tale about a wheelchair bound boy (the late Corey Haim) and his Uncle (Gary Bussey) fighting a werewolf that lurks in their community. Silver Bullet is the name of the kids motor powered chair as well as the reference to the weapon used to the werewolf. The effects in this film are more or less practical effects and they work really well. There are plenty of scary moments and the film zips right along, so to speak. This movie is my favorite of the bunch.

The Stand– 1994, unrated, 6 hours and 38 minutes
From the TV miniseries, is an epic story with King’s vision of the post-apocalyptic future. In the plague ravaged world, a band of people must decide about good vs evil that will decide the fate of the future human race. As far as I know, this is the first time it appears on Blu-Ray. I found it a bit too long, but if you’re a King fan, you’ll want to buy this collectors set just to complete your King collection.

Well, there you have it. My film picks are more treat than trick. Happy Halloween!