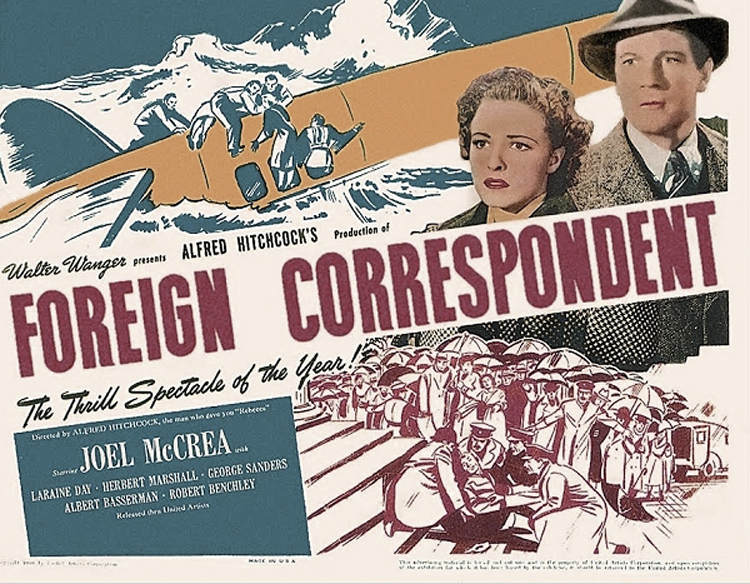 I love old movies about WWII, and here are two superb examples. The first one is Foreign Correspondent, directed by Alfred Hitchcock. It was released in 1940 before the US entered the war. It has Joel McCrey as Johnny Jones, who is sent to Europe in 1939 by his editor to get information as to the likelihood of war breaking out. Non-stop entertainment from beginning to end, with a fabulous direction by Hitchcock. I have watched this one many times, and I saw on my last visit something very interesting that I had not noticed before. When Jones, who has changed his name to Huntley Haverstock because the editor wants to use something more interesting than Jones in his by-lines, is chasing spies in Amsterdam, and he tries to see what they are up to in a windmill, there is a scene where he is on some stairs above the spies. On the old lumber next to him, there is something that looks just like Hitler’s face. It is not obvious, so you will have to look carefully. This is supposed to catch you subliminally. Part of Hitchcock’s brilliance. If you are a fan of WWII movies, this one is a must-see. 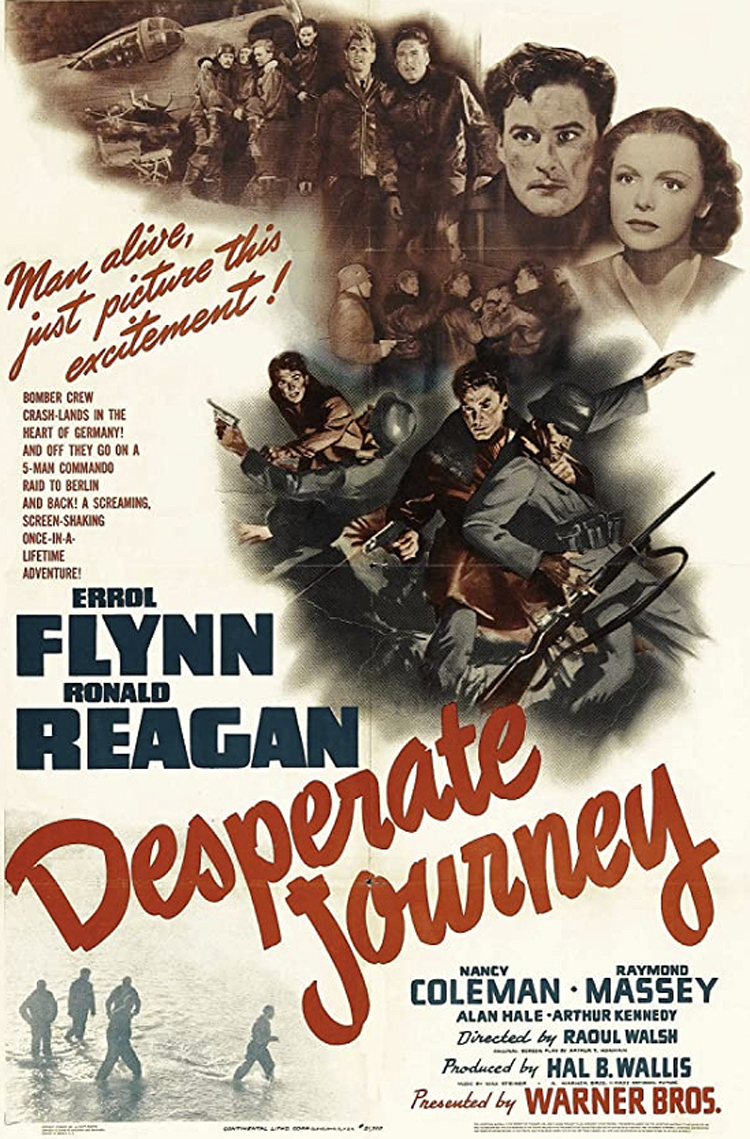 So here is the second one. Desperate Journey, released in 1942, after the US entered the war, directed by Raoul Walsh. Starring Errol Flynn, the story is about a crew in England who take a Flying Fortress into Germany with the goal of knocking out some railway junctions. They crash into a forest and make their way through Germany creating as much destruction as they can. Alan Hale plays one of the crew, and I believe he is one of the best supporting actors on the Warner Brothers contracts of that time. He was in many of Flynn’s movies. Most of this story takes place at night and has great action with a rousing film score by Max Steiner. Raymond Massey is also in this one as a supporting actor, playing a German officer who chases the British crew. 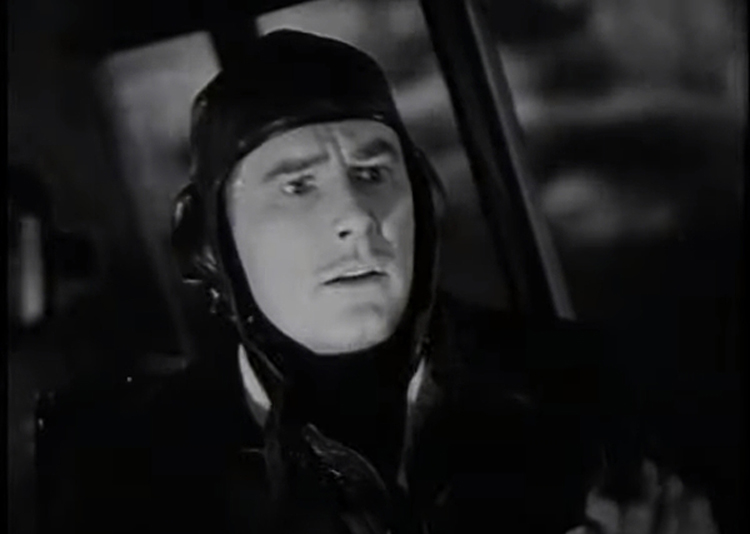 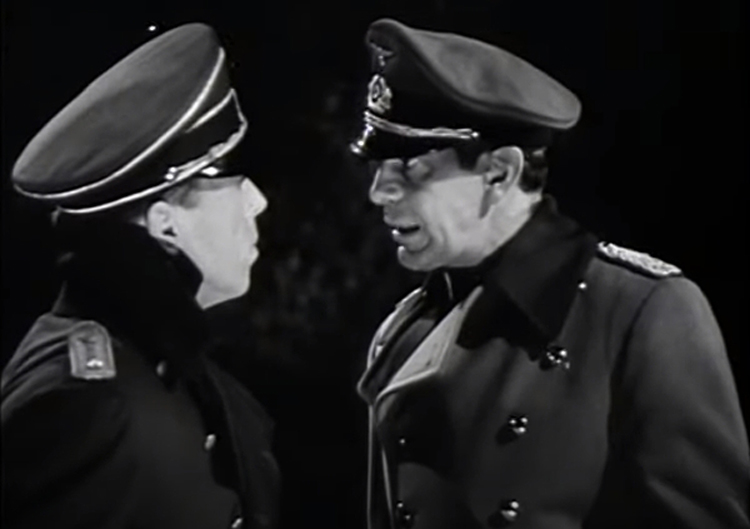 Interestingly, another supporting actor, Albert Basserman, is in both of these movies, playing a politician in Foreign Correspondent, and a doctor in Desperate Journey. He was an amazing actor. 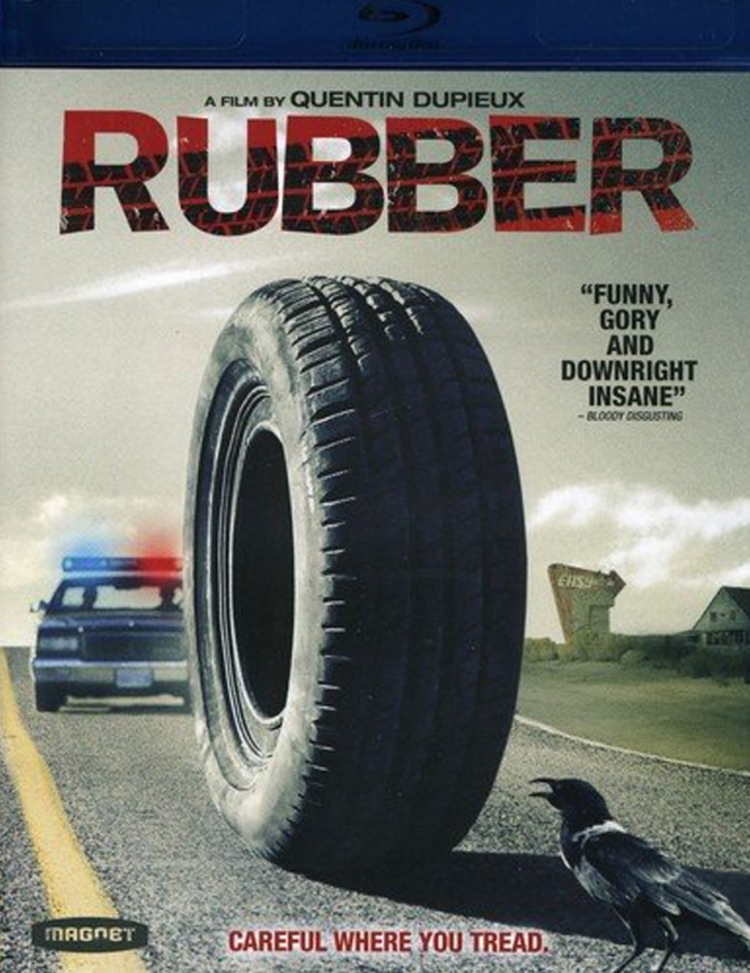 What is there to say about a film featuring a homicidal car tire with psychic powers? Quite a lot really. While that description may sound like a grade Z film, Rubber is actually a funny spoof on horror flicks. It’s Stephen King meets Airplane.

French director Quentin Dupieux gathers a bunch of little known actors and some slick mechanical effects to create its killer tire, which animates itself after being discarded in the California desert. It’s frustrated, and it’s mad. It also has an eye for the ladies. Actors routinely break the 4th wall and talk to viewers, both those watching at home and other actors in the film who were invited to the desert in sort of a movie within a movie to see this tire do its stuff.

Surprisingly, and happily, the tire shows some emotion and after a short while, we are sucked into all the antics. The film is rated R for some violence, but really, it’s all in good fun. The film kept me guessing, and some guests I had over to share the experience had a great time. It helps if you’ve been a fan of horror films and tongue in cheek parodies.

The video is sharp and there is a 5.1 surround track which delivers when the movie calls for it. Frankly, it’s hard to describe this film, but I can tell you it’s better than a wordy description. Everyone I’ve shown it to loved it. So take a chance, invite some friends over and I think laughter and fun will ensue.

The extras are also terrific, with a solid parody of the typical interview with the director that is full of surprises. After weeks of watching classics and big-budget hits and flops, Rubber was just what I needed.

Yes, this is a killer tire movie. Yes, some heads explode. Yes, I think you will really enjoy it. 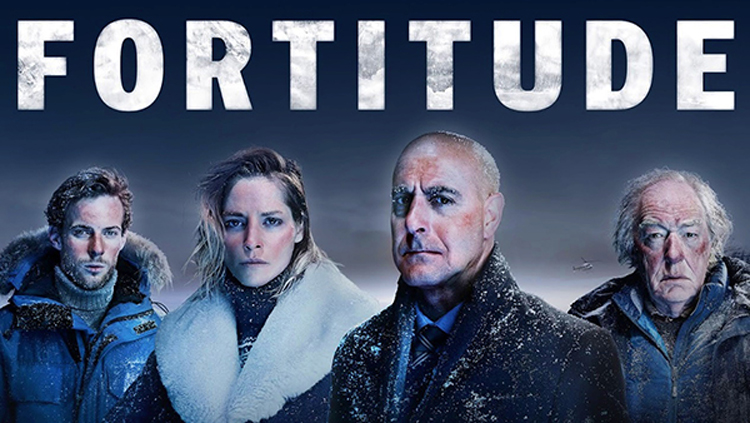 This 3-season series falls under the genre of sci-fi horror, mystery, and drama. It takes place in a fictional town above the Arctic Circle that is under the control of a Scandinavian country. Strange things happen here that can not be easily explained. People die violent deaths or go missing, only to turn up “changed”. It is all quite interesting as the show progresses and I won’t spoil too much of the plot other than to say…prehistoric wasps and death by polar bear! The characters are all given time to grow on you and like Game of Thrones, some people die that you would not like to see missing from the show. Stanley Tucci is a standout detective from Scotland Yard (though FBI trained). The picture and sound are exemplary, and the scenery is vast, beautiful, and cold. I plowed through this in about 2 weeks and am looking forward to season 4. If you like your mystery to be a bit creepier, this is your series. Secrets are being revealed! 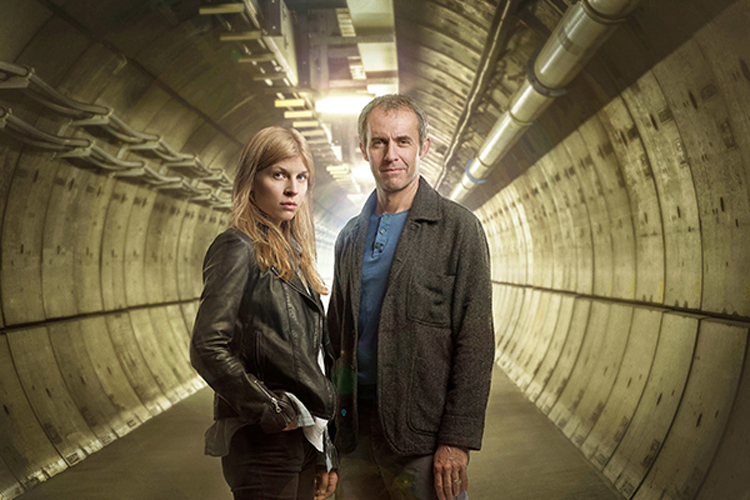 A European detective mystery that uses the tunnel under the English Chanel that connects France and England as a central focal point. The male English detective meets a French female detective at the exact midpoint of the tunnel where a politician’s body is found on the tunnel’s demarcation line, half in England and half in France. Who gets priority? As they move the body, it neatly splits in two making it apparent that they will need to work as a team to unravel this mystery. The French detective is brilliant but seems to suffer from a form of Asperger’s syndrome as she has almost no people skills. The two make an interesting Sherlock and Watson with both funny and poignant moments during their relationship. This show has excellent production values and is far more mentally engaging than your run of the mill American detective shows. There is also an underlying theme of current affairs that comes into play during the series that reflect on social issues like immigration and how the EU is a bit dysfunctional. This series is well worth your invested time and pays a big emotional dividend at the end of season 3. Recommended! 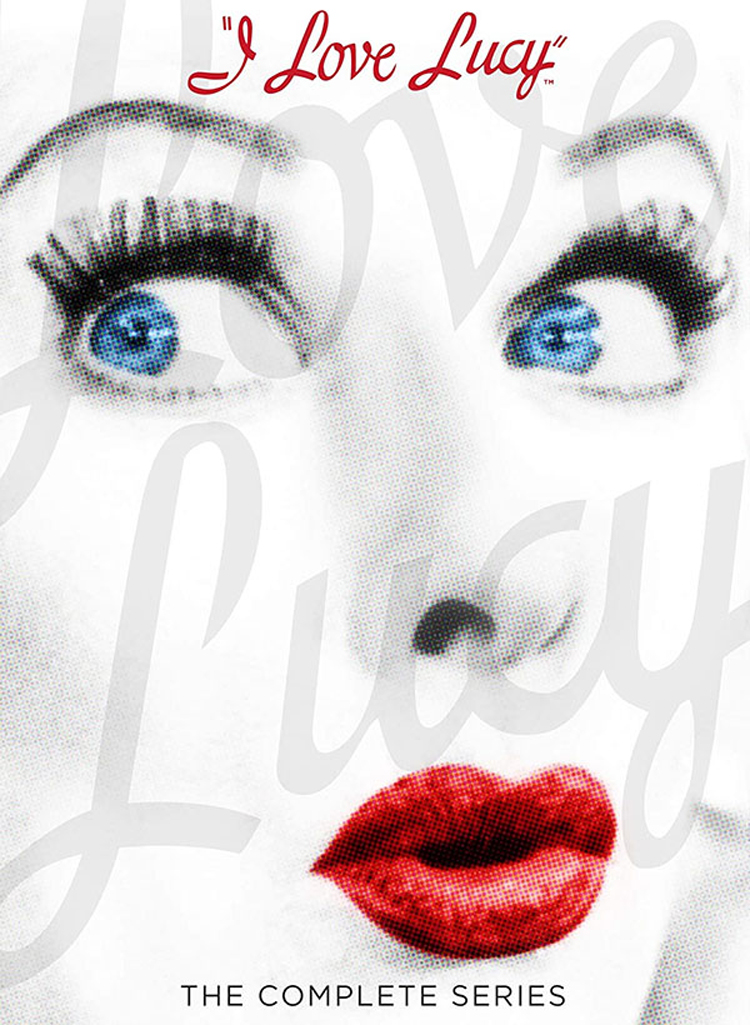 With so much emphasis on blockbuster movies delivered in spectacular Ultra HD with HDR and extended color, it’s easy to forget that there are some real entertainment treasures that will probably never go beyond a DVD release. That’s OK when you’re referring to a TV show that premiered in 1951. I’m talking of course about I Love Lucy, only the most iconic television show that ever existed. Running for six seasons and 181 episodes, it did more to shape the future of TV entertainment than any other property I can think of.

Though the first two seasons are available on Blu-ray, DVD is the only way to own the complete set, which I do. My wife and I have watched the series countless times and at the moment, we’ve just finished the Hollywood episodes which kick off season five. The show never gets old, even though we can recite most of the lines while we watch. In fact, over the entire run of the series, I can only think of one or two episodes that aren’t golden-age classics.

The DVDs are of very high quality. The original film elements are pristine except for a few seconds of footage here and there. It looks best in black & white (there are colorized versions out there), on a calibrated display. That last bit is important because any variation in the white point will create a colored tint that flattens the image. When everything is properly dialed in on your TV, it just pops.

The audio is also quite good. The original track is monaural, but the DVDs are Dolby Digital Stereo. Dialog is super-clean and the music, which is such an integral part of the show, plays over a wide sound stage. The Desi Arnaz Orchestra has never sounded better!
If you’re a fan of I Love Lucy, you owe it to yourself to pick up the complete series on DVD. A quick check online shows it can be had for around $40, a real steal!