Up NextWhat We Are Watching Vol. 4: September 2020
Chris Eberle 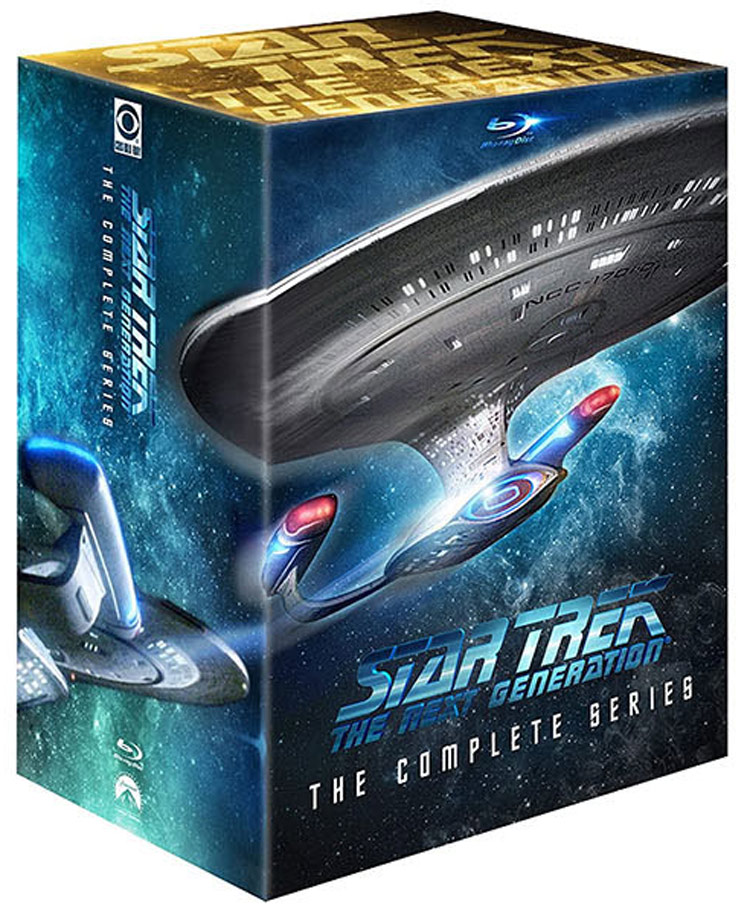 With less time spent out of the house, I’m finding solace in more time spent in the home theater. If there ever was a time for a personal theater and a large disc collection, this is it!

I’m a huge Star Trek fan and I’ve collected every show and feature film for my library except for Deep Space Nine and Voyager. The moment Paramount releases those series on Blu-ray, I’ll rectify that omission.

I’ve just started my trip through the gold standard, Star Trek: The Next Generation. I and many fans still hold this series as the ultimate expression of Gene Roddenberry’s vision.

An ensemble cast explores the galaxy while projecting an overwhelmingly positive evolution of the human species. Every episode stands alone as a complete story, though later in the series, over-arcing storylines are introduced like the Borg conflict. But its adhesion to the adventure-of-the-week format is something that I miss with modern TV shows.

The first season is almost primitive when compared to later episodes. You have to remember that it’s 1987. Yes, this show first hit the airwaves 33 years ago, amazing! The real turning point comes when Picard is captured by the Borg setting up the cliffhanger transition between seasons three and four. From this point, the show really hits its stride with truly thought-provoking plots and some terrific writing and acting from everyone involved.

Star Trek fans were blessed in 2012 when Paramount decided to transfer the series’ original film elements to Blu-ray. The detail is almost too good in spots where you can see imperfections in set dressing, costumes, and actor’s makeup. But for me, that simply adds to its charm. It’s a welcome respite from the too-good-to-be-true computer-generated environments seen in modern films. Visuals like this make it easy to concentrate on the fine acting and writing presented here. And it only gets better as the show marches through its seven-season 176-episode run.

Audio is also a revelation. The discs have done an admirable job of converting the original stereo recording into a superb DTS-HD Master Audio 7.1 encode. The depth of sound effects and even dialog are on par with some of today’s Hollywood blockbusters. It draws you into the story in a way no regular TV show can.

With such quality available, it only makes sense to enjoy the show on the big screen. I’ve been watching 2-3 episodes a day on my 92-inch Stewart Filmscreen Studiotek 130 Luminesse and Anthem LTX-500 projector combo. My 5.1 surround system features Axiom speakers and sub with Emotiva amplifiers and an Integra surround processor. Star Trek: The Next Generation is truly worthy of a theatrical presentation and to me, still represents the best of the franchise.

What I’m Streaming: – What Happened to HGTV? You’ll Find It On Netflix

If you’re a long-time fan of HGTV (Home & Garden Television) then you may have noticed two distinct eras in the network’s evolution. I like to call them BPB and APB. Or, Before Property Brothers and After Property Brothers. Now I have nothing personal against the Scott twins. They have built an empire around sound home design and a consistent approach to home renovation. And they have a huge following; all elements that guarantee the continued success of HGTV.

But if you watched the network before they were on it, you might remember shows like Holmes on Homes or Devine Design. Or how about Gardening By The Yard? How many Property Brothers fans realize that the “G” in HGTV stands for Garden?

Personalities like Candice Olsen, the best interior designer who ever appeared on the network; and Mike Holmes who one could really learn from, have all but disappeared. I was happily surprised to see rental property expert Scott McGillivray with a new show called Scott’s Vacation House Rules, where he helps families realize the income potential of their vacation homes with practical renovations and sound business advice.

So where can one go if they want to learn about something other than home makeovers and real estate flipping? Netflix of course. I’m under no delusion that Netflix can match the sheer volume of shows and episodes one sees on HGTV. They literally have entire days devoted to a single show. But I’ve found a few gems on Netflix that are truly fun and educational.

Grand Designs is probably my favorite so far. This show boasts 204 episodes over 20 seasons beginning in 1999. Hosted by Kevin McCloud, one of the best presenters I’ve seen to date; it profiles unique home construction projects all around the UK. Not only are the designs unique and fascinating, one can learn about advanced construction techniques and materials that you’ll likely never find in your nearby cookie-cutter development. Sadly, Netflix only makes two seasons available. I hope to see more added in the future.

Another gem is Amazing Interiors. It is exactly as the title suggests. People with truly singular visions build amazing home interiors from skate parks in the living room to science fiction museums in the basement. It’s a Netflix original, made in the USA, but filmed in many international locations. You’ll be especially impressed with the Russian couple that buys a Mason’s lodge in Massachusetts and paints amazing mural art on every single surface inside the building.

If you’re considering buying a tiny house, you’ll want to watch Tiny House Nation. This one follows an HGTV formula with two goofy hosts that finish people’s tiny house projects. They interview the family and find some clever and innovative ways for them to adapt their lifestyle to a tiny home.

These are only a few of the interesting HGTV-type titles available on Netflix. If you need a break from the Property Brothers, definitely check them out. 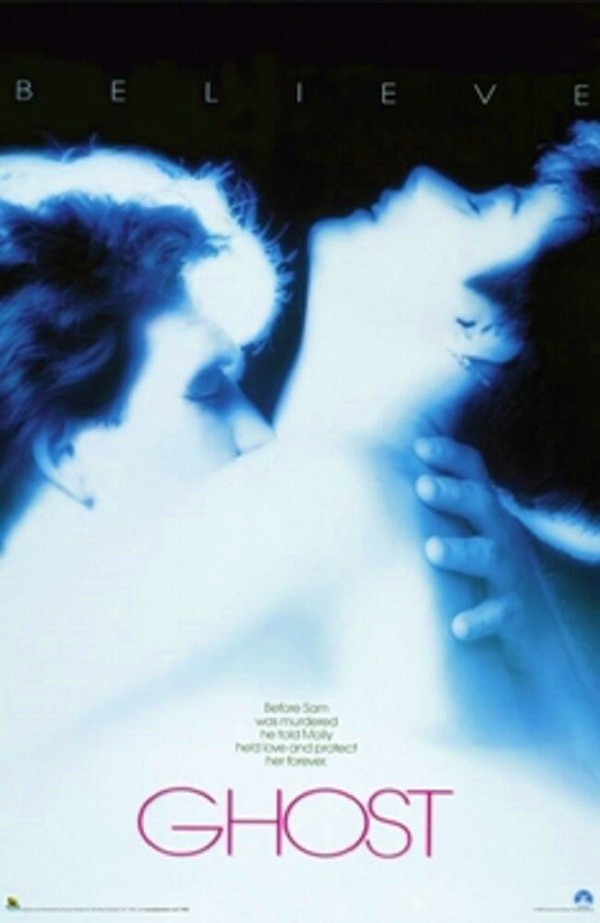 From Paramount Presents classic film vault comes perhaps the most romantic movie from 1990. This film garnered 2 Academy Awards, by the way. Patrick Swayze plays Sam, recently murdered on the streets of the city, and now is left behind as a wandering spirit. Demi Moore plays Molly, the love of his…well, previous life. Sam learns that his death was not a random act of violence, but an orchestrated plan by someone he knows. With the help of a flim-flam psychic (Whoopi Goldberg, when she was funny), he learns to communicate with his love but unintentionally places her in the bullseye of the killer. Romance, mystery, and comedy are generously sprinkled throughout. 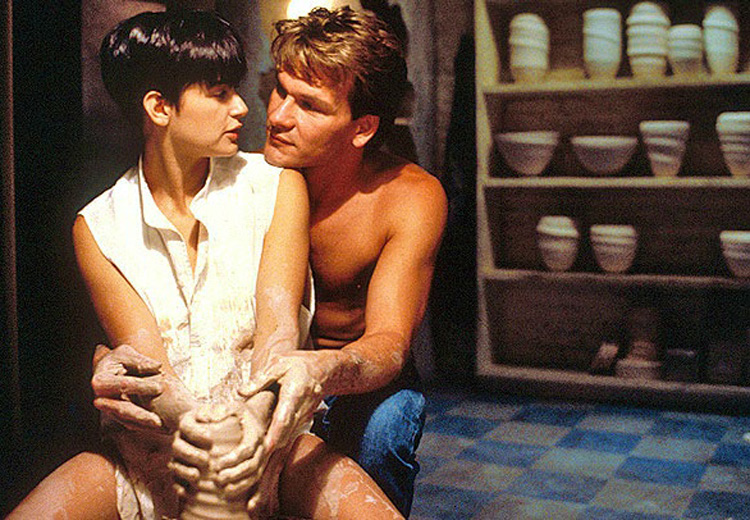 Re-mastered directly from a 4K film transfer, the movie looks good for its age. Some of the special effects come off as a bit cartoony, but the overall story is quite engaging. Fine film grain never distracts and the soundtrack (by Maurice Jarre) sounds fresh and vibrant. It is hard to think that this film is 30 years old, however, if you and your significant other are in the mood to sit at a potter’s wheel any time soon, this is your movie. Relive this spirited gem, again!