Up NextWhat We Are Watching Vol. 3: August 2020
Chris Eberle 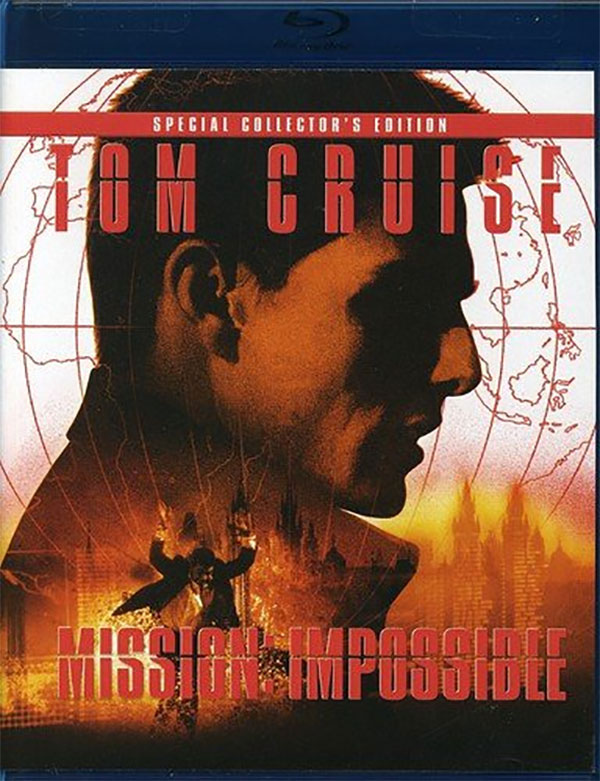 Over the past few weeks, I’ve found myself rediscovering one of my favorite action franchises – the Tom Cruise Mission Impossible films.

Mission Impossible comprises six chapters with the latest one, Mission Impossible Fallout, dropping recently in 2018. The first movie came out way back in 1996 and by watching all six over a couple of weeks’ time, I could compare not only their production quality but the Blu-ray transfers too.

The story is a classic one of misdirection as Hunt evades his own agency while looking for a traitor in the ranks. It’s a nod to the original TV show from 1966. The Blu-ray is crude by today’s standards. In fact, it’s a very early example of the format and dates back to 2008.

The next two chapters are similar in transfer quality with grainy video that’s mostly sharp but occasionally shows softness and smearing. But the most missed feature is a lossless soundtrack. You have to live with good ‘ole Dolby Digital though it is encoded at the maximum bitrate of 640Kbps. The plots continually ramp up in intensity with Philip Seymour Hoffman in MI:3 playing one of the most terrifying villains seen in any movie.

Luckily, more care was taken with the other three films, Ghost Protocol, Rogue Nation, and Fallout. These discs are given a higher quality video transfer with far better contrast and sharpness. You can thank their use of the latest digital film technologies for that. And the sound is a major level-up. MI:4 features Dolby TrueHD 7.1 while numbers five and six include Dolby Atmos. All three make superb home theater demos with extensive use of the surround and LFE channels. If they don’t shake your house, you need a bigger sub.

I’ve collected these titles as they came out, first editions if you will. But you can now buy them in boxed sets. The latest Ultra HD version features Dolby Vision and Atmos for all six films. Now that’s a tempting upgrade! 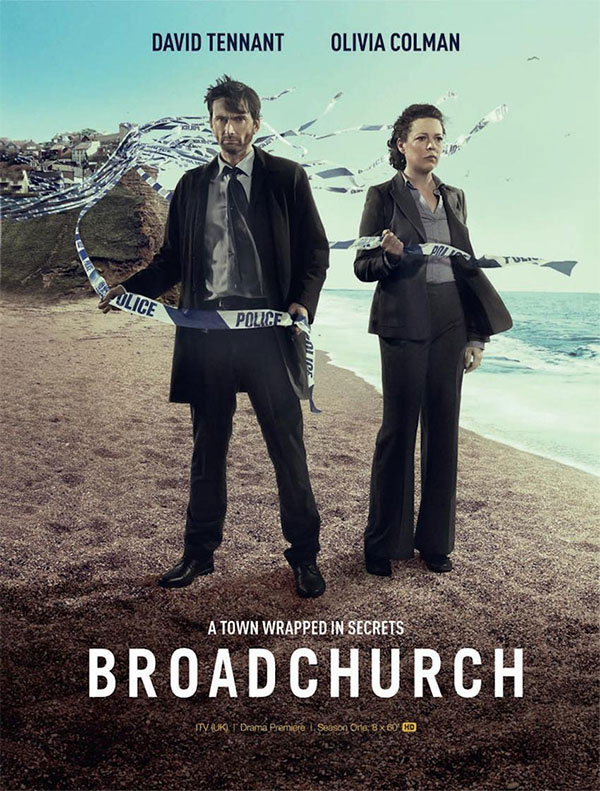 After enjoying Olivia Coleman’s brilliant performance as Queen Elizabeth in the Netflix series, The Crown, I was intrigued to learn that she had also anchored a popular crime drama show called Broadchurch. The show ran in the UK from 2013 to 2017 in three series, eight episodes each. The first two series focus on the murder of a young boy in the town of Broadchurch, and its investigation by two detectives played by Coleman and David Tennant. You’ll remember him as Barty Crouch Jr. from the fourth Harry Potter film, and as Kilgrave from the Marvel series, Jessica Jones. The third series brings a new crime and investigation to the sleepy seaside town. The show is a proper mystery with plenty of twists and turns and every outcome is a surprise. 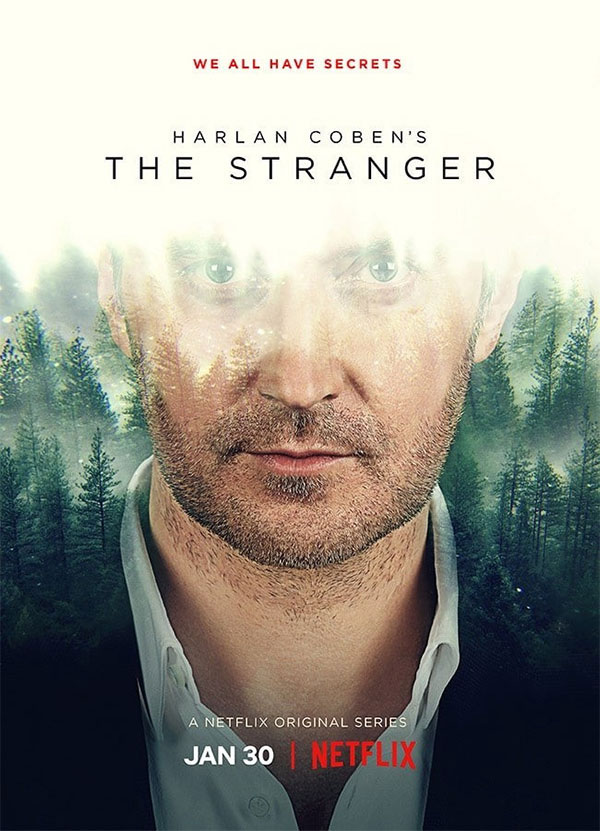 Watching Broadchurch led me to another single-season offering called The Stranger. This one stars Richard Armitage, Thorin Oakenshield from The Hobbit films; and Siobhan Finneran, the evil lady’s maid Mrs. O’Brien from Downton Abbey. In this eight-episode series, a mysterious woman approaches people seemingly at random with intimate information about them. Some she blackmails while others just get the truth. Once the different threads are established, they all come together in an exciting climax that is sure to appeal to mystery lovers. 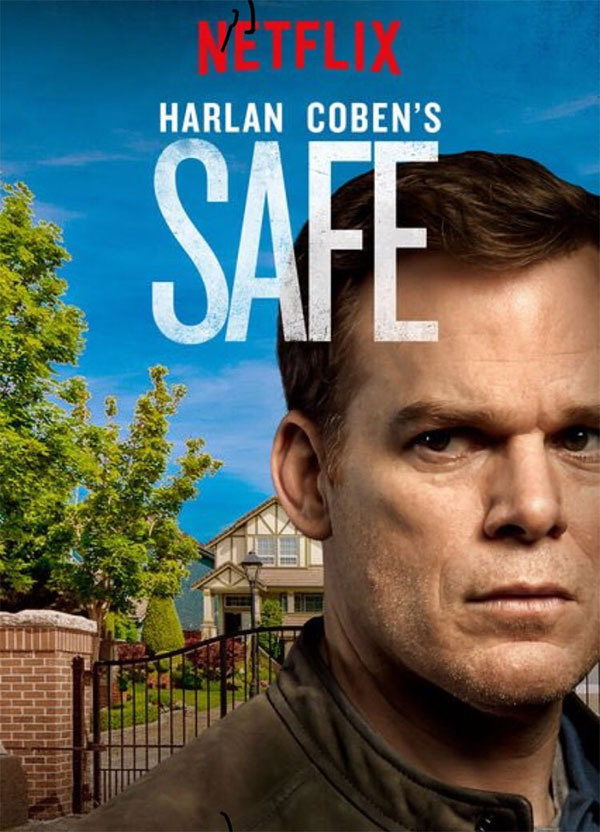 I learned that the author of The Stranger, Harlen Coben, also had two other books made into TV series. Safe stars and is produced by Michael C. Hall who brings his towering acting skills and passable British accent to a tale of upper-middle-class folk who just can’t seem to help being horrible to each other. Hall’s character, Tom Delaney, is a widower who wakes up to find his teenage daughter missing one morning. What follows is a series of shocking discoveries about people he thought he knew and trusted. It’s definitely binge-worthy. 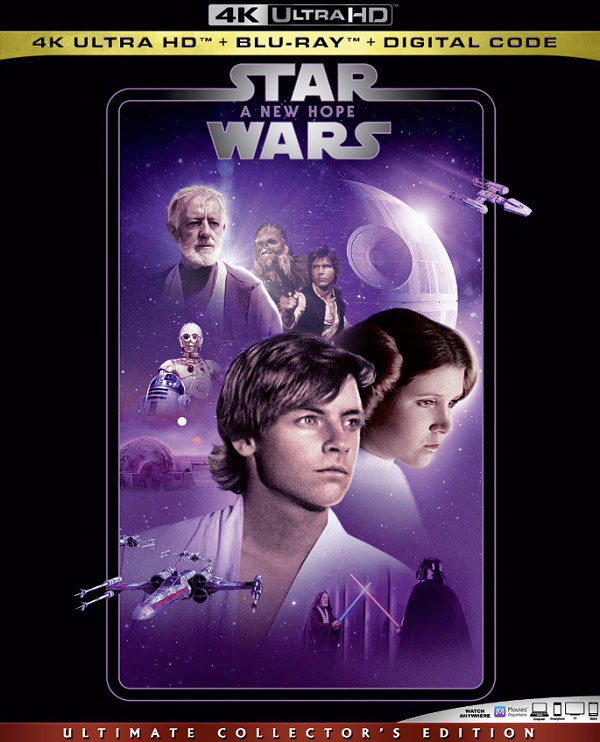 Well, they are finally here. The first three Star Wars movies, in 4K.

The first one, subtitled Episode IV – A New Hope because it was not the initial part of the story, was the one that made us all go, “Wow!”, when we saw the starship slowly emerging from the bottom right corner of the movie screen. That was back in May 1977.

Unbelievably, it was issued not just in 35 mm but in 16 mm prints as well. Now, it is here for us in glorious 4K. It had an $11,000,000 budget and grossed almost a billion dollars worldwide. That is what I call PROFIT.

Nicely, the Digital Intermediate (DI) for this one, and the other two for that matter, is 4K, so the image you see on your 4K UHD TV is true 4K, not 4K upsampled from a 2K DI. The surround sound is available in Dolby 7.1 if you have that decoding capability. 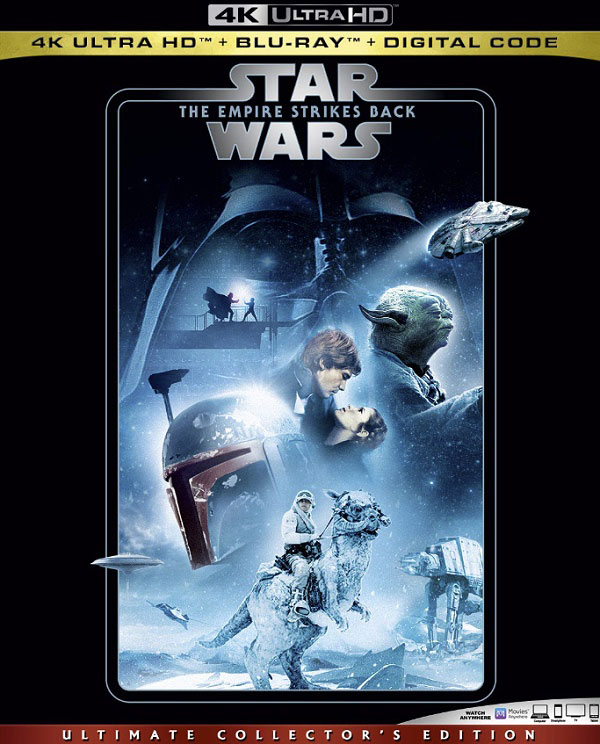 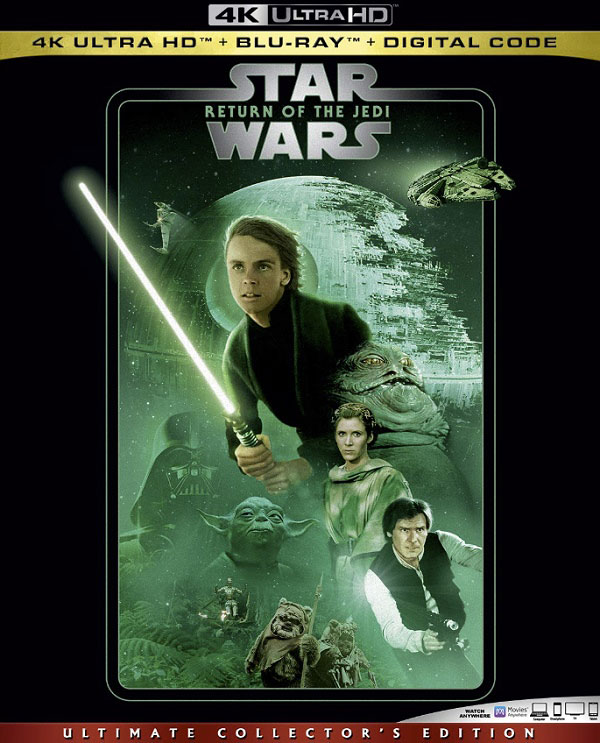 I am assuming that all of you are fans of this series. You probably have the Blu-ray versions that were released a few years ago. Keep them because they have some features that are not in the 4K releases.

It will upsample 4K to 8K, and it will probably do a good job of it. You might have to get another pair of glasses to see all the detail. 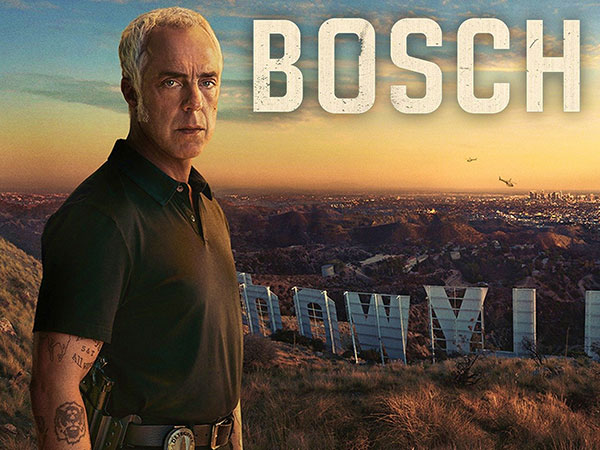 An excellent detective story about an LA cop named Hieronymus Bosch (as in the Dutch painter from the middle ages). Starring Titus Welliver, the series is filmed in UHD with HDR10. The stories are engaging and often difficult to predict, which makes them binge-worthy. Even my wife commented on how little filler there is in the storyline.

It is a smartly directed series based on the books by Michael Connelly. I’m up to season six now and the series will come to a close at the end of the yet to be produced season eight. I am not looking forward to the end of the show, but I can’t wait to see the next episode this evening. I might add that the sound and picture quality are excellent. (Bosch listens to a lot of Jazz and has a turntable, a McIntosh amplifier, and classic Ohm speakers!). 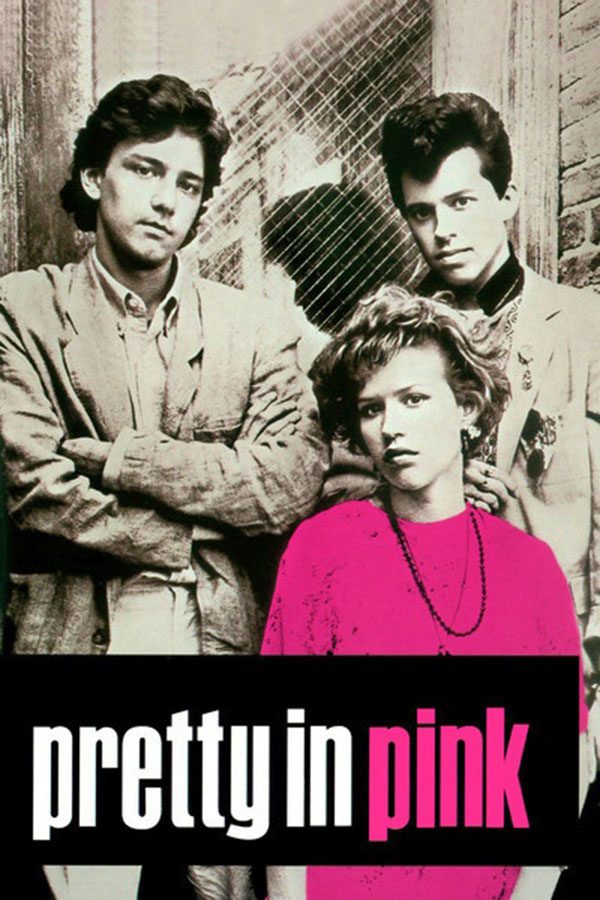 In 1986, the “It” girl was Molly Ringwald. Directed by Howard Deutch, who was influenced by John Hughes, the film is about…well, it’s a theme from Cinderella and Shakespeare; poor girl meets rich boy. Ringwald’s character hangs out with either her older boss, played by Annie Potts (Ghostbusters) or her best friend (played by John Cryer of Two and a Half Men fame). Other cast members are the love interest, Andrew McCarthy and the self-centered rich jerk played by James Spader. Spader always seems to play that character, even when he was on The Office. In any case, this film defined life in the mid-eighties, which was a blur for me, but the film brought back (very) distant memories for me in an era when men could wear pink, spike their hair and not be ashamed. Ringwald grew up and became a director, musician and still does some acting here and in France where she now resides.

Originally done in DD stereo, the disc is upgraded to DTS-MA 5.1 audio with a nice transfer that shows such modest film grain that is reminiscent of film from that time. See it with your wife and have a laugh at the times and tear in your eye for the story. 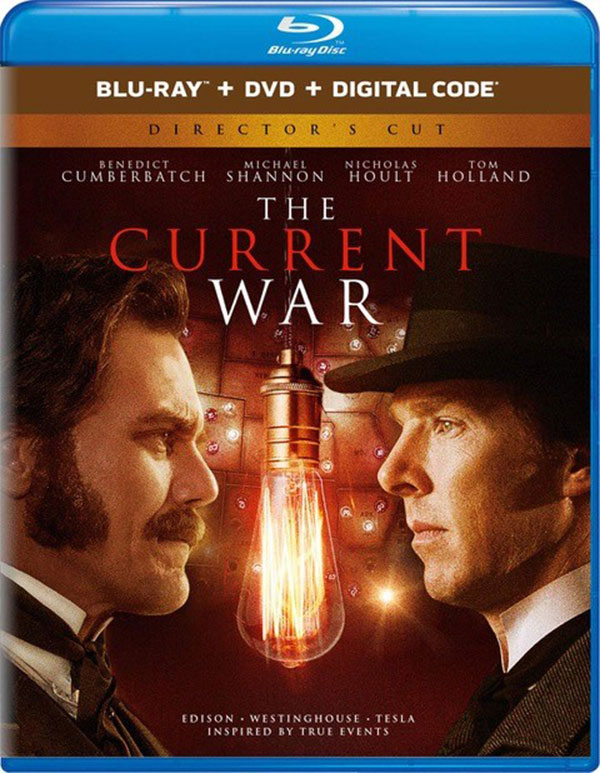 This film was held up with re-edits but finally made it out late last year and onto Blu ray this spring. One of the best movies I’ve seen in a long time, it pretty accurately tells of the competition to make AC current the standard for electricity, while Thomas Edison fought the losing battle supporting DC current against George Westinghouse. If it sounds like dull viewing, I can assure you it is not.

The film doesn’t show the usual cleaned-up grade school portrait of Edison, but an honest appraisal of some of his failings and ego, and his inability to see the genius of his own employee, Nikola Tesla.

The acting, with Benedict Cumberbatch as Thomas Edison and Michael Shannon as George Westinghouse, is superb.

On top of that, the Blu ray disc has some of the most stunning photography I’ve seen in a movie. The lighting, realistic CGI, and overall atmosphere are a must-see.

It’s a movie most people missed but it’s worth seeking out. There probably won’t be a 4K version, but I’d love one.