Up NextWhat We Are Listening To - Summer 2022 Edition
Taps Das

I’m generally at a loss when it comes to describing the sonics of a Drum and Bass tune. It’s beats and bass and vibe. Others have no problem waxing poetically about music—and it is reflected in their reviews—it’s just not my bag. So, this month, that sentiment applies to everything that I’m listing for ‘What I’m Listening To’ this month. 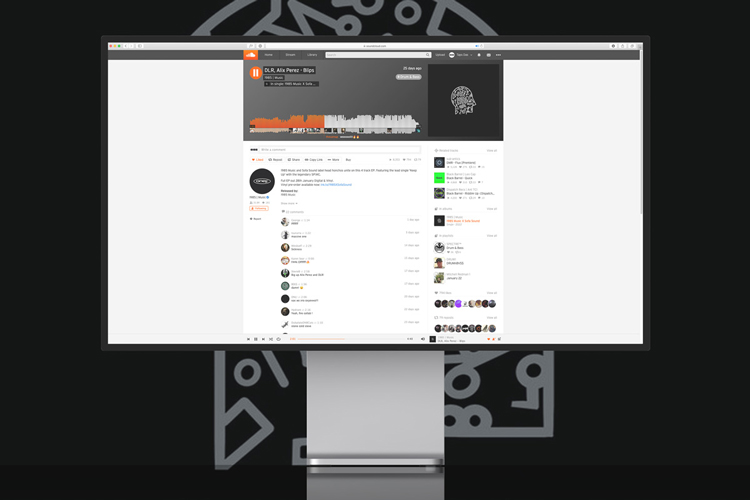 1985 Music X Sofa Sound
A Marriage of two of my favorite labels and artists. I’m still foaming at the mouth to buy this 4-track slab of vinyl. Of the tracks, it’s the tune ‘Blips’ that’s the stand-out. It’s fun and dark at the same time. 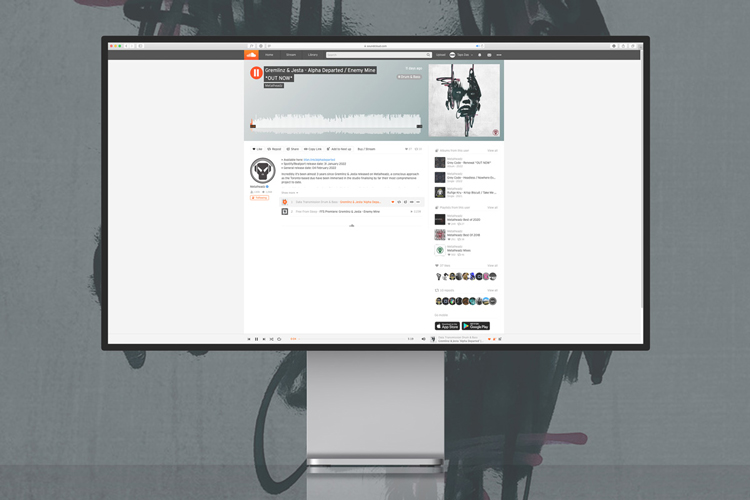 Gremlinz & Jesta – Enemy Mine/ Alpha Departed
This Toronto duo has been killing it as of late. This single on Metalheadz is no exception. If you’re new to Drum and Bass, this would make a great introduction to the darker side of the sound. But with amazing break edits and atmosphere. 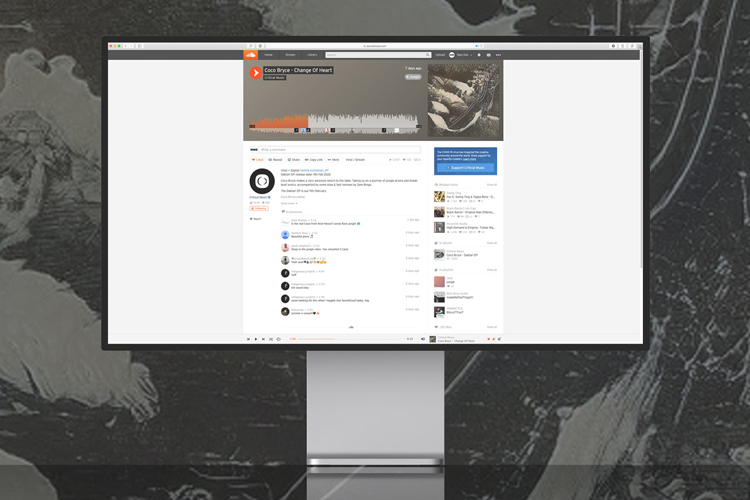 Coco Bryce – Change Of Heart
I read an interview from Coco Bryce on ukf.com where he talks about his changing sound. “Boredom and the unwillingness to keep repeating the same thing. I cannot be working on the same genres for years on end, that would take the fun out of it.” This particular tune is a bit of a throwback to the old School Jungle vibes of the past. It’s lush and smooth. 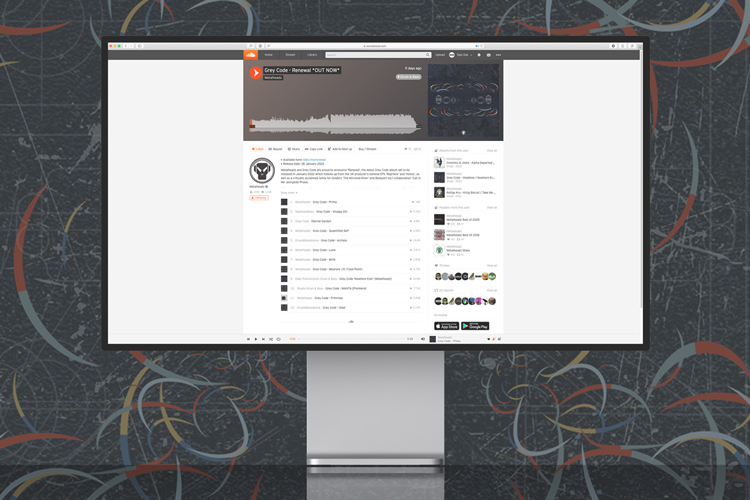 Grey Code
Admittedly, I don’t know much about Grey Code. I have an old one of his (their?), pieces of on vinyl or something somewhere. Either way, this LP is pretty badass. I haven’t fully ingested it yet either. Right now, tunes that stand out are ‘Miserere (ft. Fixed Point), ‘Primrose’ and ‘Actress’. 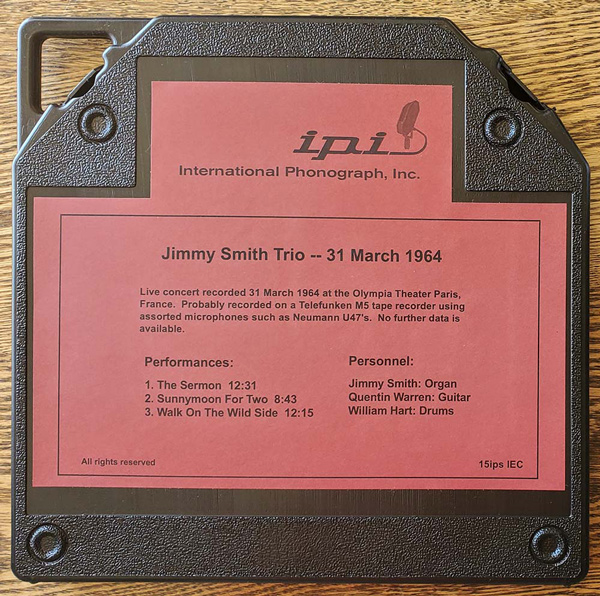 This recording is on RTR tape, having been recorded in 1964. The version I have is a copy of a copy of the studio master.

There are three tracks lasting anywhere from about nine minutes to more than twelve. The music is impeccable, but the recording sound quality is not very good, which is understandable, as it was recorded more than half a century ago.

Not every master tape from the early decades is in the same condition. Some are remarkably in good shape. This one is not.

It is in mono, or certainly appears to be, and the high frequencies have all but disappeared over the years.

Because of the historic value of this recording, I digitized the entire album at 24/96 PCM sampling. Here is a spectrum from Track 1, “The Sermon”. If you look at the peaks, you can see that everything above about 6 kHz is attenuated. The stuff above 20 kHz is noise. 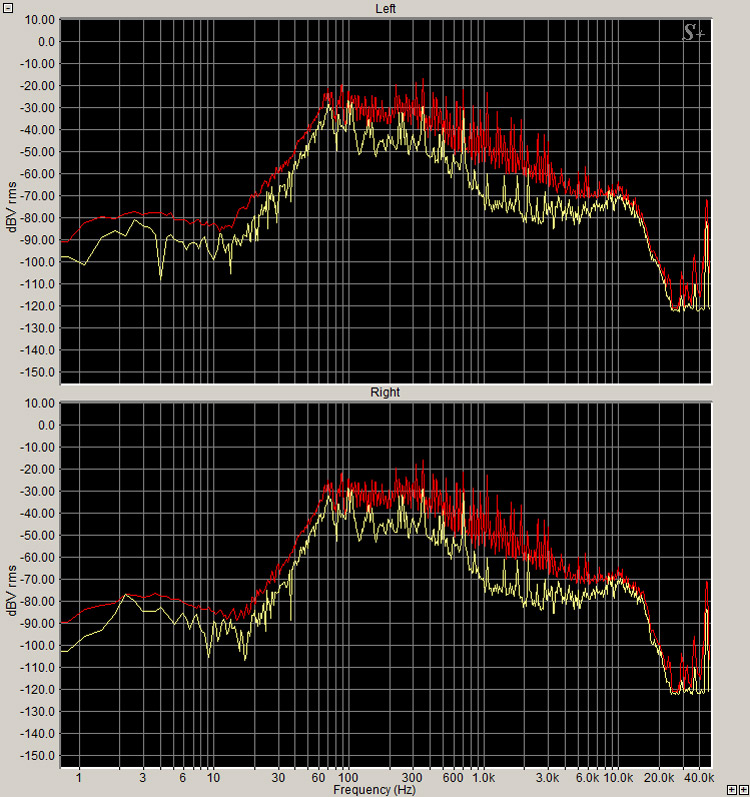 I heard others say that it sounds mono but may be stereo. I think it was recorded in mono. Shown below is a time spectrum from the same track, “The Sermon”. Notice how the two tracks (left and right channels) are identical. If it had been recorded in stereo, there would be a lot more differences between the two channels. At best, it was recorded in stereo with the two microphones very close together. Listening with a good pair of headphones, I did not hear any evidence of stereo. 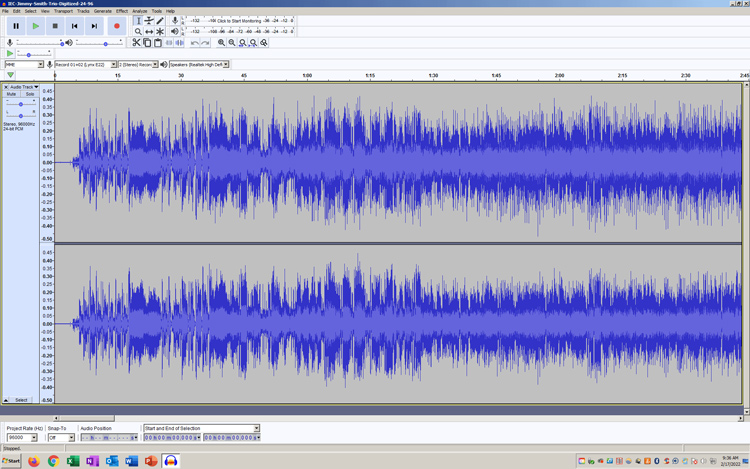 However, this is an important recording from a jazz history viewpoint. I have never heard this recording before, and the music is great, very typical Jimmy Smith. Worth having in my jazz collection.

I saved the 24/96 sampling as *.wav and *.flac files and ran the FLAC file through Audirvana digital music player with MAAT thEQred Linear Phase EQ Plug-in. This plug-in applies EQ without phase-shift artifacts by using what is called digital linear phase EQ. Linear phase EQ adjusts the signal timing for the entire track to match the phase shift (timing) that is produced by using EQ at specific frequencies. You can’t obtain linear phase EQ in the analog domain, only in the digital domain. Although I don’t like to digitize my analog recordings, this one truly benefited from it. Here is the EQ curve that I created which improved the sound quality significantly (to my ears). By adjusting the mid-high frequencies up compared to the lower-midrange, I was able to improve the ride cymbal on the drums with respect to the organ which is mostly in the midrange. The cut at 100 Hz (band 4) is because I am getting some resonance in my speakers due to the woofer port being on the bottom of the speaker and close to my hardwood floors. Once I fix this problem by using some foam absorption on the floor, I can simply turn EQ band 4 off. 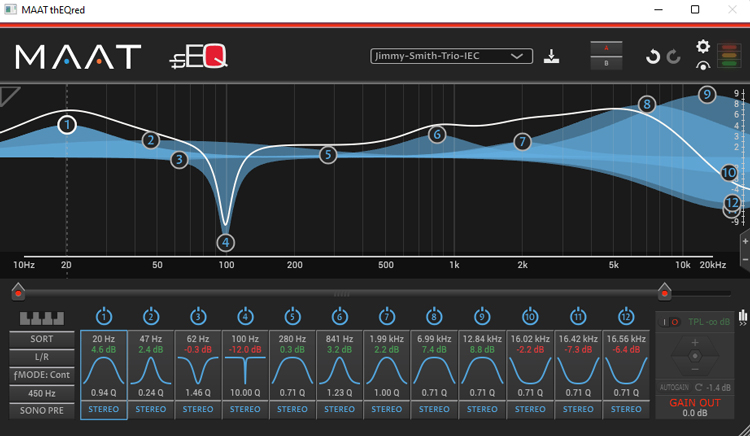 One additionally nice thing about using EQ is that, if you have an RTR tape deck that only has NAB EQ, but obtain a tape that has IEC EQ, such as this Jimmy Smith album was, you can change the EQ to take into account that NAB EQ on the tape deck does not boost the low frequencies as much as IEC EQ does, nor does NAB EQ attenuate the high frequencies as much as IEC EQ does. My deck (Otari MX-5050B-III-2) has a switch to select NAB or IEC EQ. These are analog tape post-emphasis curves that look more than a little bit like RIAA phono (vinyl) post-emphasis curves.

Digitizing music adds a bit of edginess to the sound, but the benefits make it worth doing anyway depending on the recording quality of the album. This is a new experience for me, and it is a revelation. I was so used to the issue of audible phase shift with analog EQ, I had never considered using it with my analog recordings. Digitizing analog music does introduce some artifacts, but it can save a poor recording as long as you use digital linear phase shift EQ to edit the sound.

If I listen at night, I will play the analog Jimmy Smith tape with its attenuated high frequencies because it is easier on the ears and my sleep, but during the day, the digital version with EQ. 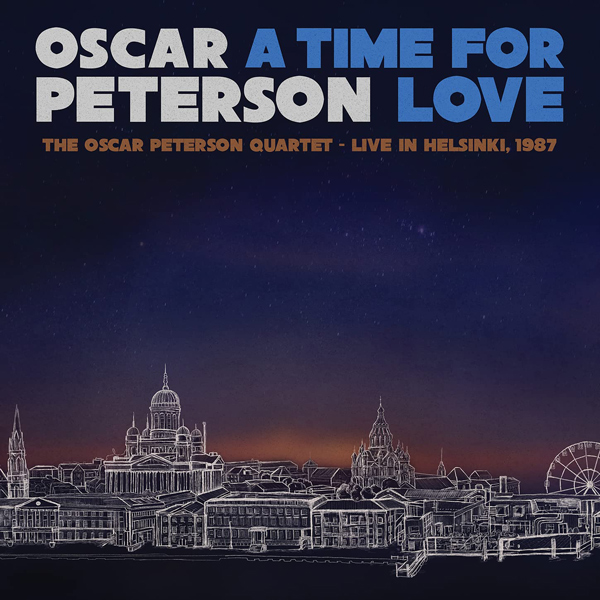 Growing up in Canada, Toronto proper, I always was aware that Oscar Peterson was a piano player, and yes, a good one at that. I did not however learn to appreciate just quite how good he was until my college years when I spent more time listening to a wider variety of Jazz and Blues. I eventually came to understand just how great not only his technical skill was but also how important a jazz figure he was.

He had literally played with everyone and yet whenever I saw him on TV or in interviews, I never got that air of self-importance or celebrity about him. So it was with great interest that I got my hands on this newly released 3-LP set from a previously unreleased live concert in Helsinki, Finland. It was the last show of a 14 concert European tour. The personnel on the tour consisted of Oscar Peterson on piano, Joe Pass on guitar, Dave Young on bass, and Martin Drew on drums. Recorded on November 17th, 1987. That would have been the day before my birthday when I was a senior in high school.

The three LPs themselves are pressed on 180 gm translucent blue vinyl and were manufactured at RTI. The package also comes with a voucher to download the full album digitally as well. The actual recording was done by the Finnish Broadcasting Company and someone there must have known what they were doing because WOW, does this entire concert sound good! It’s a lively, dimensional recording that gives a great sense of the performance venue. Each member of the quartet sounds crystal clear, and Peterson’s piano sounds stunningly good. He is in full command of his abilities, and it shows. Listening to “A Salute to Bach” is a jaw-dropping experience in virtuosity. Each member of the group gets a chance to stretch out and go to town. Everyone sounds so tight, but Peterson and Pass are especially brilliant in the way they bob and weave and play off each other at such a rapid clip. I don’t think I’ve ever felt like playing air guitar to a jazz solo before until hearing Joe Pass on this track! Speaking of Pass, his solo take on “When You Wish Upon a Star” is beautifully sublime in its finesse and emotional tenderness. Following that up with a Duke Ellington medley of “Take the “A” Train / Don’t Get Around Much Anymore / Come Sunday / C-Jam Blues / Lush Life / Caravan” just puts me in a rollicking good mood. The energy that these guys are feeding off each other is palpable and is so perfectly captured in the recording. And I must give Young and Drew their due, they so complement Peterson and Pass on every level of this concert with fluid and punchy basslines along with crisp and perfectly timed drumming.

The quality of the pressing is extremely good. No skips or pops and very little noise in the intro and runoff areas. As glorious and upfront as his piano sounds, I was easily able to hear Oscar Peterson’s trademark scatt, grumble, vocal beat marking (whatever you want to call it) that he does when he is really in the groove as he plays. I compared the sound of the vinyl to the 24/96 stream from Qobuz and while the stream was a little cleaner and more dynamic, the vinyl was also very clean and clear but with that added sense of warmth that made me want to turn the music up more than the digital stream. You really can’t go wrong either way but, if you love your little black platters of heaven, then get this album. Like NOW!