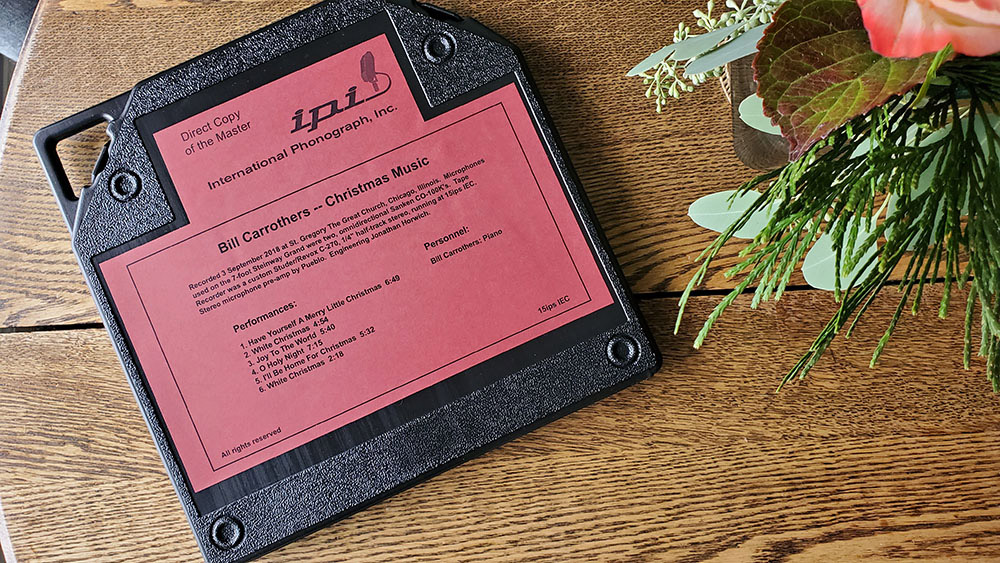 At this festive time of the year, I love to listen to Christmas music. I have it streaming from Qobuz as I write this review.

RTR music tapes are relatively new to me. I purchased my first RTR deck last year and another one in the past couple of months.

This tape is by Bill Carrothers who plays Christmas music on the piano. It was recorded by Jonathan Horwich at International Phonograph, Inc. (IPI) in 2018. I obtained a direct copy of the master tape for the copy of a copy price at $150. Direct copies of the master are usually $250, but they offered a direct copy for the $150 price at Christmas, so I bought it.

The recording is very high quality, typical of IPI. Carrothers hums in the background like some other jazz musicians do, and I don’t particularly care for that, but it is at a very low level and probably not audible from speakers across the room.

He also strays quite a bit from the melody, so it is difficult to tell what song he is playing, but, again, this is a style. “White Christmas” occurs twice on the recording, and with the second one, the melody is obvious.

The music is very relaxing overall, unlike some Christmas music recordings that sound like the musicians had snorted cocaine before playing.

It has an excellent stereo effect, with two microphones a few feet from the piano. As a result, the sound has very good depth.

I welcome this tape to my library. IPI offers very high quality at a very low (comparatively) price. If you are into RTR recordings, be sure to check this source out. 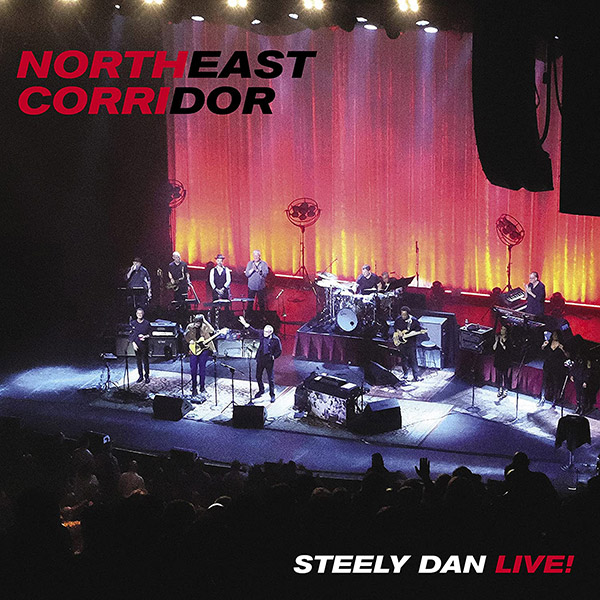 I’ve been a huge Steely Dan fan for a long while and was fortunate enough to see them perform live three times in recent years before the passing of co-founder Walter Becker. So it was with great delight when I stumbled across this newly released live Steely Dan recording (along with The Nightfly that follows) on Qobuz one day. Steely Dan never officially released a live album during their early touring years or while they were on hiatus. Although there have been bootleg recordings out there, and early live appearances with them are available to see on YouTube, more live material on CD and video started appearing after Donald Fagen and Walter Becker regrouped in 1993 and began touring and recording again. And while Northeast Corridor was performed and recorded after Becker’s death, I think it qualifies as both a fitting tribute to him and the band he helped create as Donald Fagen carries on. It’s also probably the best sounding bit of Steely Dan live material that you will come across as it has been expertly recorded and mixed. Its sound quality is full, dimensional, and alive. Convincingly capturing the energy I felt when I attended the live shows and brought them into my listening room. A number of the classic hits presented here like “Rikki Don’t Lose That Number,” and “Reelin’ in the Years” sound smoother and more refined than the originals but they still keep enough of that energy and edge to be appealing and memorable. Hat’s off to Jon Herington for his exceptional guitar work on all these tracks, filling in for all the top-shelf axe-men that Steely Dan used in the studios over the years. His interpretation of Larry Carlton’s solo on “Kid Charlemagne” is superb. I thoroughly enjoyed this album and love using it as speaker testing material along with just listening for pleasure. 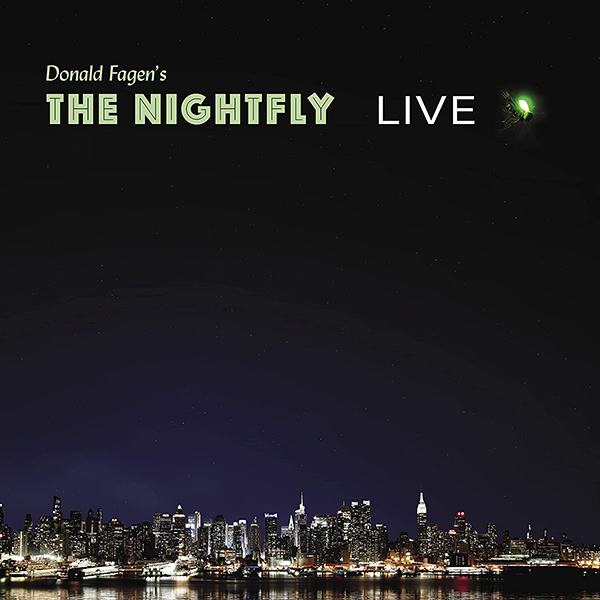 All the superlatives I used on Northeast Corridor, apply here too as Donald Fagen essentially used the same band to record this live version of his debut solo album a year after Northeast Corridor. The Nightfly is still the best of Donald Fagen’s solo albums, in my opinion, and this live version of it is just so enjoyable to listen to. Smoother and jazzier than even much of Steely Dan’s later material, the recording is top-notch and a great benchmark for how good live performances can sound when expertly committed to tape or bits. If you are a Steely Dan or Donald Fagen fan, get this album. Your ears and your speakers will thank you for it! 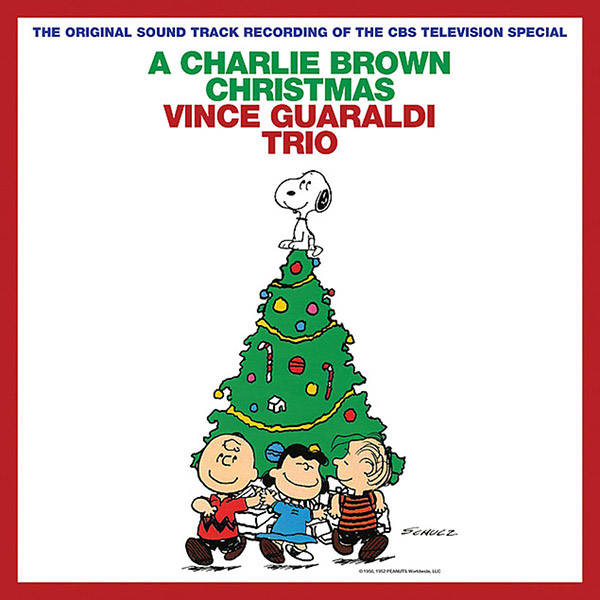 It would not be the holiday season in our house without A Charlie Brown Christmas playing numerous times during the month of December. It is, for me, the quintessential Christmas music and the entire holiday would not feel right without it. Beyond being a lifelong devotee of Charles Schulz’s Peanuts comic strip that I grew up with and the various TV specials it spawned, Vince Guaraldi’s music to this particular TV special is particularly meaningful. Just as old Warner Brothers cartoons snuck in famous classical music works into my childhood understanding, this album democratized Jazz for me and opened a door to another world of musical appreciation at a very young age. I’m sure it did the same for many other kids of my generation whether they realize it or not. The musicianship is first-rate, the melodic structure is sublime and infectious and this recent remastering sounds wonderful given the age of the material. The music is important to me in probably more ways than I can reasonably describe and it would certainly be on any “Desert Island” music list that I would ever come up with. Go ahead and call it up on your phone, stream it to your Hi-Fi or play it on your record player right now and see if it doesn’t put you in the mood! Merry Christmas everyone!