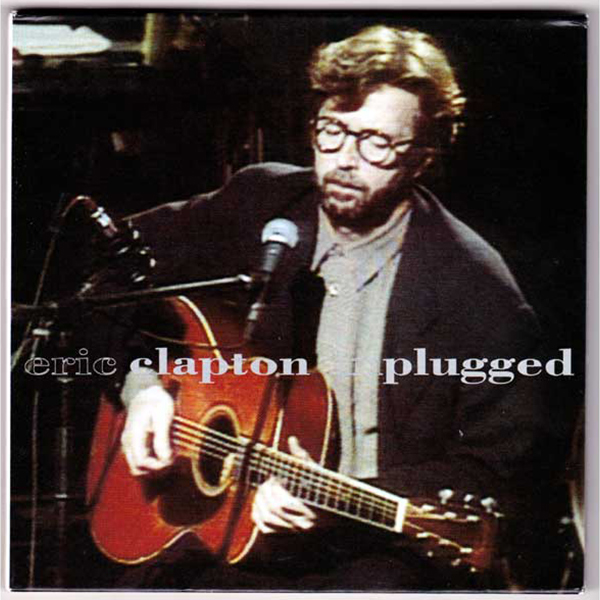 Growing up in the late 1960s and 1970s afforded a lot of us the experience of some of the best rock music in history. The Who, The Rolling Stones, Springsteen, the list goes on almost forever. Of course, we also had “Muskrat Love”, so it wasn’t ALL great.

Eric Clapton was a part of this era and has been making music for decades. Unplugged is one of my favorite discs for both relaxing and evaluating speakers. The quality of the recording is astonishing. One can clearly hear (with a good system) the depth of the stage, the amazing guitar work, and the palpable sense of “being there.” When his hand strikes the body of the guitar, one feels it as one would sitting next to the performer.

When he sings his tribute to his son, Conor, it is hard not to get choked up. The sadness of losing a 4-year-old boy is something that, to this father of 3, is overwhelming. How Daddy Clapton managed to do this song speaks to some real courage. He’s hoping to meet Conor in heaven, and I hope he does, too.

Layla is a terrific listen, but this CD is one of those few albums that one takes the time to fit the just over an hour’s listen into the schedule. You don’t need to be a Clapton fan to enjoy this collection. It might even lower your blood pressure. It does mine! 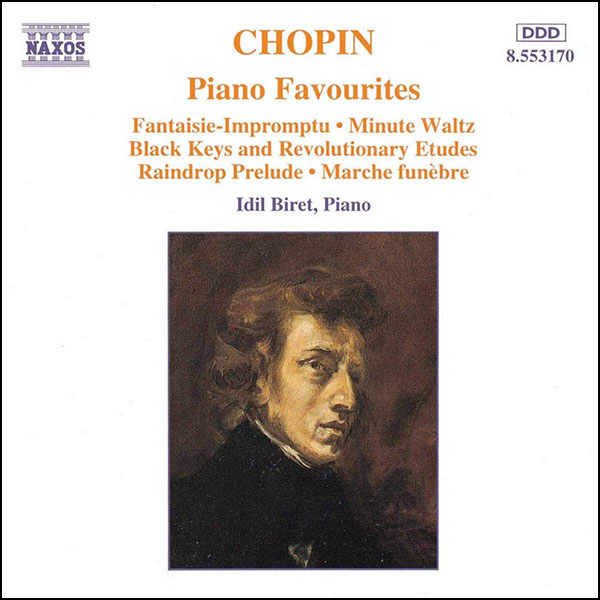 I recently watched a fascinating documentary on Amazon Prime called Searching for Chopin. It made me realize that among all my classical music knowledge, I knew almost nothing about Chopin. That stands to reason as he did not write for bassoon, nor did he write any symphonies. His orchestral works are limited to just two piano concertos.

I was inspired to buy a compilation of his more familiar pieces, so I picked up Chopin Piano Favourites performed by Idil Biret. I was immediately surprised at just how familiar the music was. The funeral march from Piano Sonata No. 2, Op. 35 is something we’ve all heard before and I never realized it had been written by Chopin. Trust me, you’ve heard it.

Biret’s playing is uber precise which is something I really enjoy. She is certainly musical too, but the technique is a real focus for me. Playing at such a high level is extremely difficult and requires a lot of practice. Biret has achieved this more than adequately. As I add to my Chopin collection, I’ll be looking for more recordings from her. The disc’s fidelity is also top-notch. I listened to the album on multiple systems at home and in the car and found each presentation to be clear and detailed. The sound is on the bright side but never harsh or strident. Bass notes are full and present, and the entire mix is beautifully balanced. 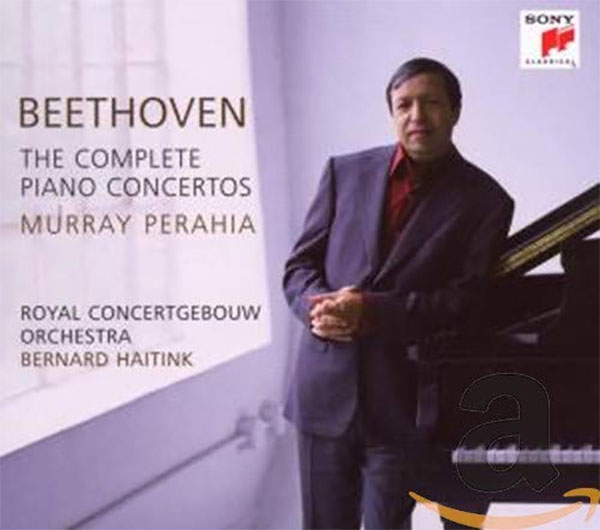 The search for a series of composer documentaries on Amazon also includes Beethoven, naturally. He, like Chopin, was a piano virtuoso and it shows in the structure, technique, and difficulty of his five concertos. These works are more familiar to me because I’ve played in the orchestra for some of them. And I know how difficult they are to play because some of the soloists I’ve worked with were not quite up to the task.

Murray Perahia is more than up to the task, however. He is one of the most recorded pianists from the twentieth century. This Beethoven set is from 1985-87 and was remastered on CD in 2007. It’s a bit old school in terms of overall feel but Perahia’s playing is equal to anything I’ve heard lately, both live and recorded. This set can be considered a reference for those wishing to experience or study Beethoven’s iconic piano works.

The sound is bold and strident with the piano taking center stage, as it should, and the orchestra providing an ideal backdrop. The woodwind parts are featured nicely with solos from all four principals. It’s nice that the engineers chose to let all the musicians shine, not just the pianist. When the piano is the focal point, it delivers a warm and detailed sound with very good dynamic range; better than what is typically heard in recordings from this era.

If you’re looking to get your feet wet with iconic piano literature, these two albums are a great place to start. My library is rife with orchestra music and now that I’ve added these discs, I look forward to expanding the genres in my collection. 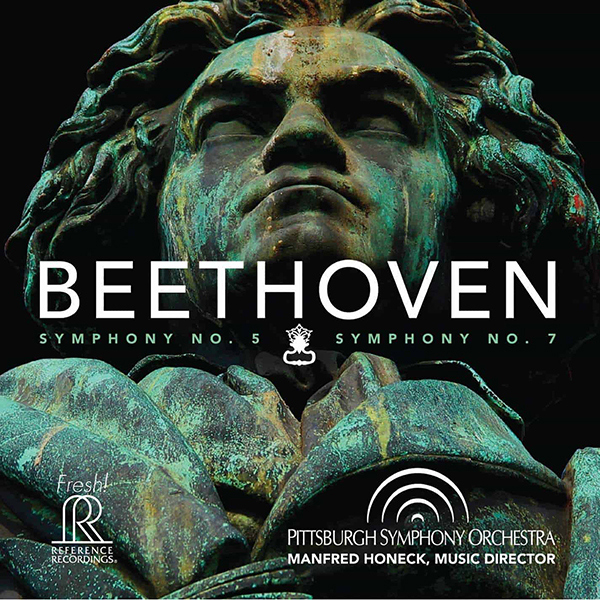 We’ve all heard Beethoven’s 5th. It’s one of those pieces of music that has permeated into our modern psyche over the years through the sheer force of its power, and that simple opening hook. Whether from watching a Warner Brothers cartoon as a kid, or through the Disco soundtrack of Saturday Night Fever, or just in its natural state as a live classical performance, we all know what’s coming when we hear those first four notes: “Da, da, da, duuuh!” While some might consider Ludwig’s 5th a stale old warhorse, that is definitely not the impression one gets when listening to this version by the Pittsburgh Symphony Orchestra on Reference Recordings. I accidentally happened to stumble across it while looking for another Classical work while searching with ROON. It’s an impeccably recorded bit of high-resolution audio so it sounded big and expansive over my studio speakers with superb detail and precision imaging of the instruments. But, beyond that, the reading and approach that conductor Manfred Honeck chose to use with this recording sound fresh and different from any other version that I have heard before. If he has chosen a more traditional or un-orthodox path in directing the performers on this rendition, I’m not smart enough to say. I just know that I like what I am hearing and that I am thoroughly enjoying a musical work again that I had long written off to overexposure. 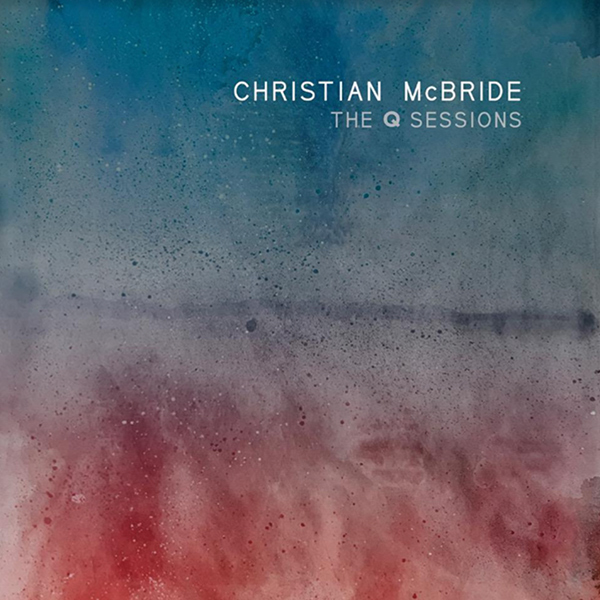 The Q Sessions is a special production commissioned by streaming service Qobuz and released in support of International Jazz Day on April 30th. The album is an extended three-track set featuring McBride on bass, Mike Stern on guitar, Marcus Strickland on saxophone, and Eric Harland on drums. I am familiar with Christian McBride’s work mainly as a sideman on most of Diana Krall’s albums but it’s the first time I’ve heard him as part of another group and it’s a very satisfying and enjoyable experience. I particularly like the fact that Mike Stern is a part of this quartet with his distinctive-sounding guitar. I’ve enjoyed his work for years. The first track “Blues Connection” is more of a free-form jam while “Green Dolphin Street” is the standard with plenty of embellishment and “Bruhaha” is a new McBride composition said to be inspired by the late Chick Corea. All four of these performers gel so well in each of these songs. Each one gets plenty of time to stretch and show their best efforts while feeding off the creative expression of one another. It really is jazz at some of its finest, combined with exceptional recording methods so that people like me can thoroughly geek out on what they’re hearing! “Bruhaha” is an especially funky-sounding treat that put the biggest smile on my face. Listening to this really makes me want to go attend a live concert again. That date can’t come too soon!