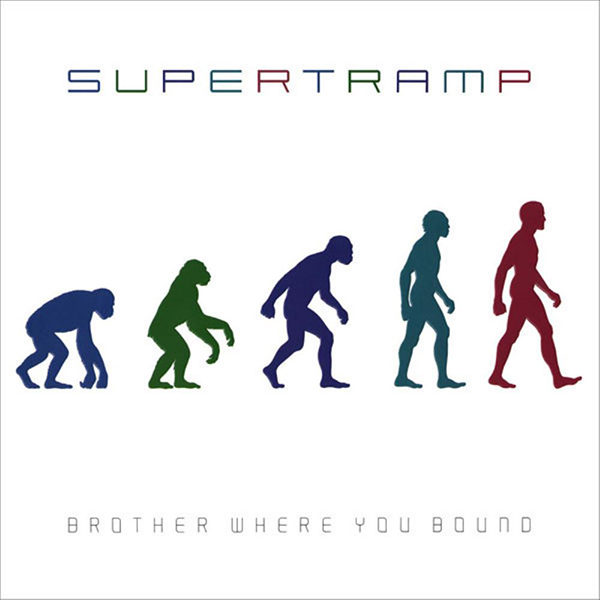 This month’s personal edition of “What We’re Listening To” is Supertramp’s 1985 look at the perils of a totalitarian government. The album (CD) is “Brother Where You Bound.” It was released in May 1985, 3 days before my 25th birthday. Almost 36 years later, it still remains fresh in both the quality of the soundtrack and the depth of the message.

The title track (Brother Where You Bound) has the prophetic warning from George Orwell … “By the time we have finished with them, there is nothing but sorrow for what they have done and love for Big Brother. ” The song itself is about the cold war, but it is relevant to government control regardless of where one falls in the political spectrum. It could apply to the war on drugs, the war on terror, and more recently, the war on our own citizens. Did you ever think we would see the day when 27 FBI agents stormed a home at 6 AM with a television crew present as part of the show, all to arrest an elderly man for a crime no one can explain? This song will have you loving the quality of the performance all while sending this message: Can’t we all mind our own business and not cheer when our neighbor’s rights are being violated?

The one hit from BWYB is “Cannonball.” Cannonball is all about a REALLY bad breakup in which the singer can’t decide who he loathes more: the woman who caused him all the pain or himself for putting up with so much … stuff.

“Better Days” is a fairly tame version of Brother Where You Bound, in which the band takes on politicians who take credit for economic success in the private sector. It’s also an anthem-style song that is STILL fun to sing at the top of your lungs while not being able to drive 55.

BWYB is recorded as well as one expects from Supertramp and is one of those albums that is both nostalgic and contemporary simultaneously, which is not an easy task. The nostalgia is alarming in one special way: in 1985, a lot of people smoked an illegal substance while talking about the perils discussed in the recording. In 2021, in many states, the substance is legal, and the same people who were alarmed by Big Brother 36 years ago are smoking this now legal substance while embracing Big Brother.

Can we get our hippies back? We could really use a few million hippies today.

I’ve been a fan of the Foo Fighters (or is it just Foo Fighters?) since the release of their seventh album, Wasting Light in 2011. Having been introduced to grunge by, like, you know, Nirvana; I was immediately hooked by Dave Grohl’s take on the genre.

Dave Grohl, in my opinion, is a transitional artist. Every genre of music, classical, rock, jazz, or whatever; has different artists that either create, define, or evolve. Grunge began as an underground form in Seattle clubs. Local bands simplified the rhythmic and chordal structure of traditional, blues-based rock down to its raw fundamentals. Kurt Cobain defined the genre and took it out of the basement and into the arena. One wonders what he would have accomplished had he been around longer.

Fortunately, he had a profound effect on his tremendously talented drummer, Dave Grohl. Though not an original member of Nirvana, he was with the band during its most successful and visible period from 1990 to 1994. After Cobain’s death, Grohl was on his own but he had a nest egg. During those four years, he had written around 40 songs that remained in the realm of handwritten lyrics and demo tapes. As Grohl said in an interview, “I didn’t want to make anything public because I was in such awe of Kurt.” That may not be an exact quote. 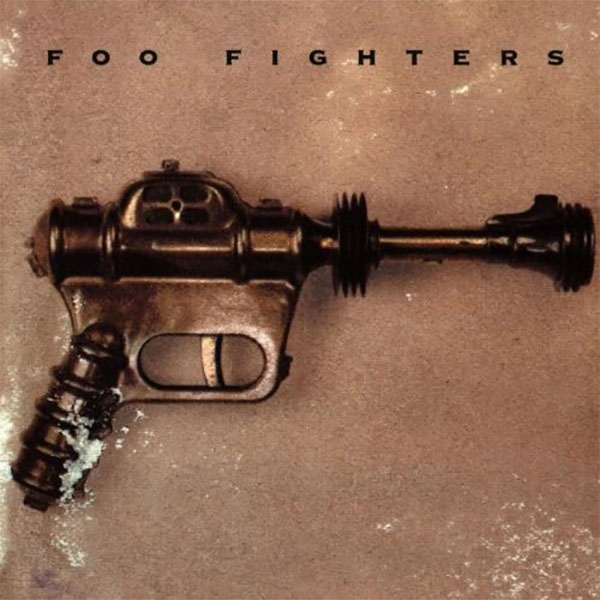 Grohl took that material and created the first Foo Fighters album, Foo Fighters, a band of which he was the only member. That first record was laid down entirely by Grohl who played all the parts and sang the vocals. The rest, as they say, is history. His take on grunge was a clear and profound evolution that has continued for the past 25 years. 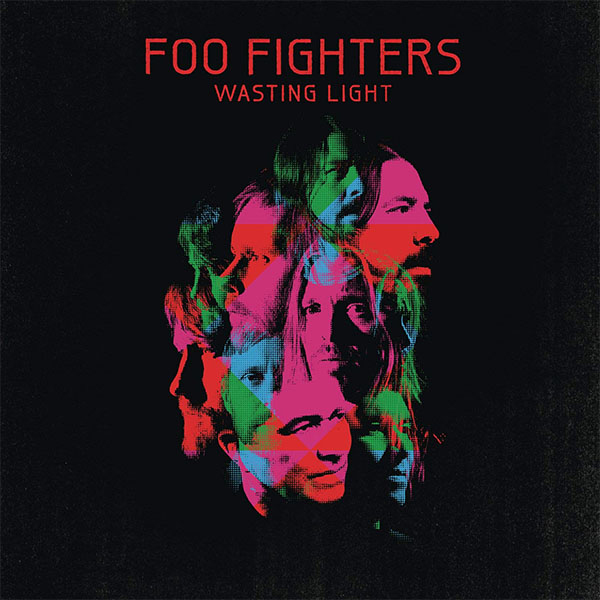 Wasting Light was the first Foo Fighters album I consider to be thematic. It celebrates the glory of analog recording and it was the first of many to be produced using the famous Neve console Grohl liberated from the bankrupt Sound City Studios in Los Angeles. This facility saw the production of many famous albums from Nirvana, Metallica, Fleetwood Mac, and others. Wasting Light was produced by Butch Vig who also produced Nirvana’s defining record, Nevermind. 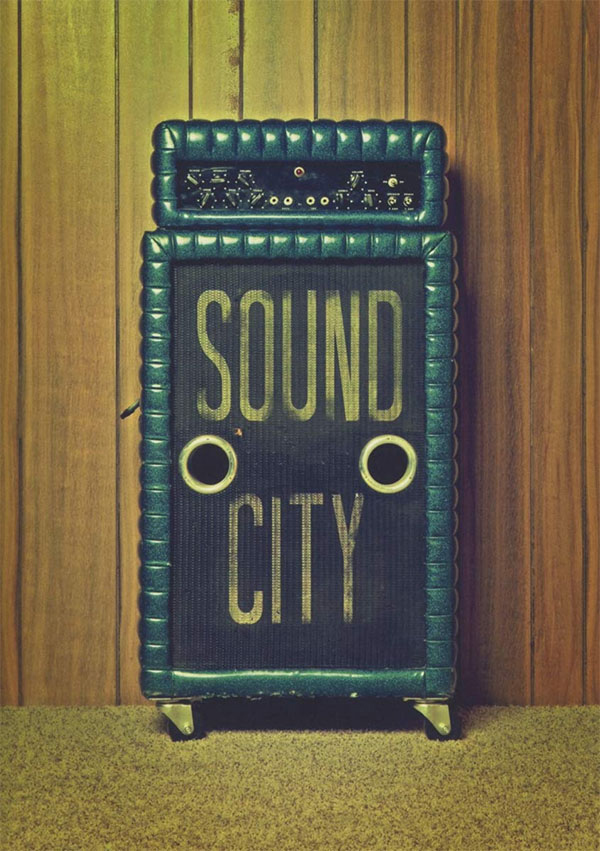 If you want to learn more about Sound City, check out Grohl’s documentary film, Sound City Reel to Reel. The studio’s history is covered thoroughly along with Dave’s acquisition of the Neve console. He also records a collection of songs with other artists including an amazing session with Paul McCartney that is a must-watch for any music lover. 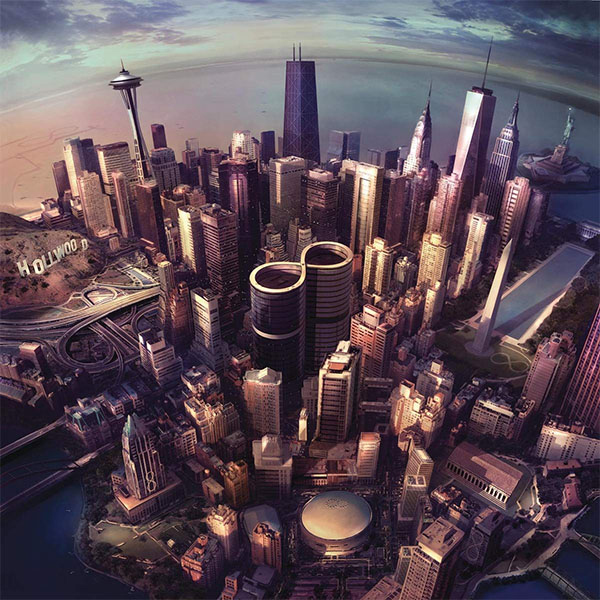 Foo Fighters’ next album, Sonic Highways, takes the listener on a tour of famous rock and roll music sites like Nashville (of course), Chicago, Austin, New Orleans, and others, eight in total. Each song was recorded in a different venue and designed to capture the musical history and heritage of that place. It’s accompanied by a superb documentary, shot by Grohl, covering the production of the album which is also helmed by Butch Vig. 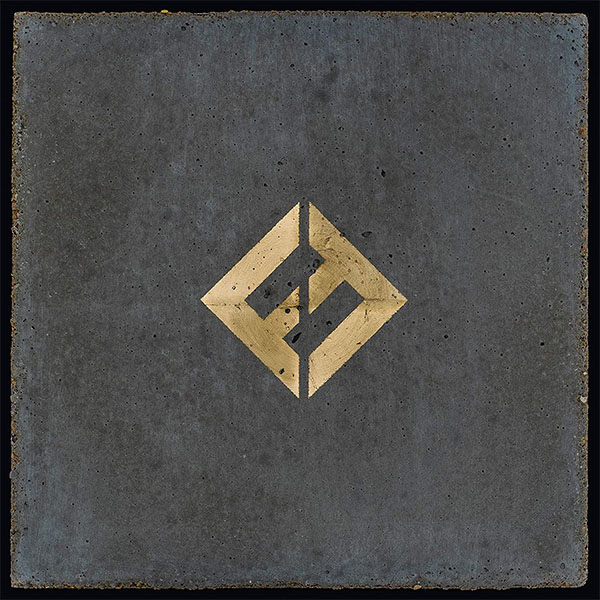 Their ninth album, Concrete and Gold, explores new styles and is self-described as a collision of hard rock and pop. It is indeed a little more mainstream, a little more “radio-friendly”, but still distinctly Foo Fighters. It saw a new producer in Greg Kurstin who has worked with artists like Adele, Beck, Kelly Clarkson, and Pink. Grohl describes the album’s theme as “hope and desperation.” Perhaps a premonition of things to come?

February 2021 saw the release of Foo Fighters tenth album, Medicine at Midnight. I haven’t heard it yet but as it is helping usher in their nomination for induction into the Rock and Roll Hall of Fame, I have high expectations.

If you’re looking for pure rock and roll among modern artists, it’s hard to beat Foo Fighters. And I didn’t intend to give their first six albums the short shrift. I have them all and enjoy them regularly. 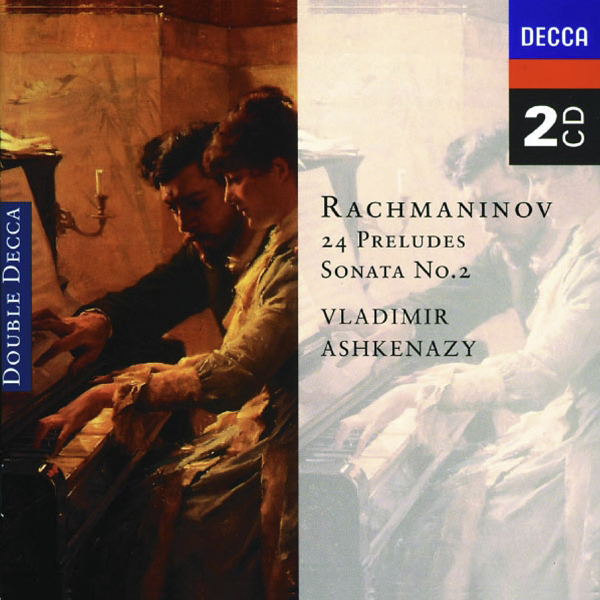 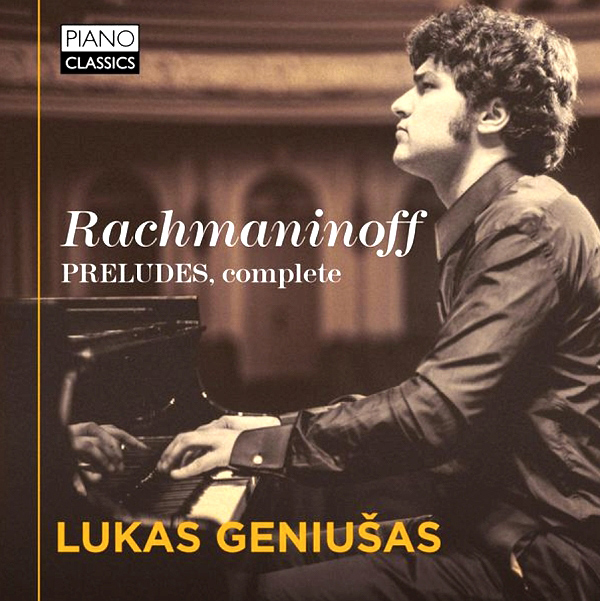 Rachmaninov (1873-1943) was one of the world’s greatest pianists and composers and was the last of the Russian Romanticists. His Piano Preludes are fantastic. My favorite is No. 4 in E-minor, Opus 32. It is also listed as No. 15 (and Rachmaninov is also Rachmaninoff for that matter). It is one of the most difficult piano compositions to perform. Just listen to it and you will see why. This particular set of his preludes is recorded by Vladimir Ashkenazy. I had to search through several albums to find the performance that I really liked. It is from more than 25 years ago.

Here is another version worth listening to. 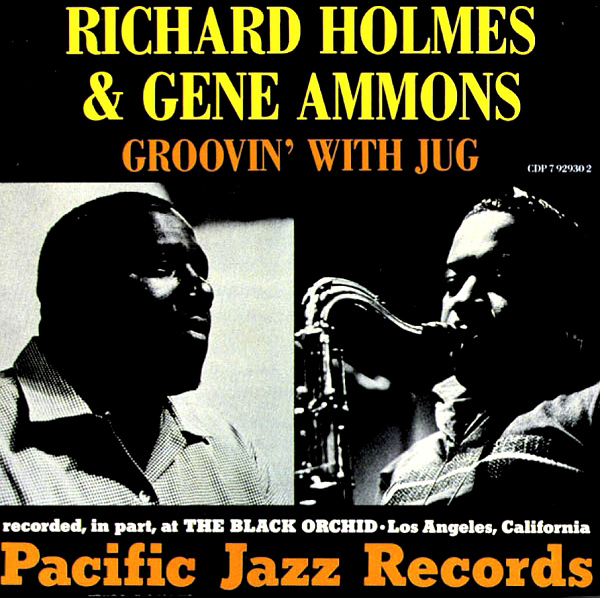 This was recorded in 1961, part of the heydays of classical jazz. Gene Ammons is my second favorite jazz saxophonist, next to Art Pepper. I also love Hammond organ jazz. I heard Richard “Groovin’” Holmes when I was on my honeymoon in San Francisco in 1968 and was hooked on organ jazz from that point forward. This is a great album from both Ammons and Holmes, live (in part) at the Black Orchid in Los Angeles. 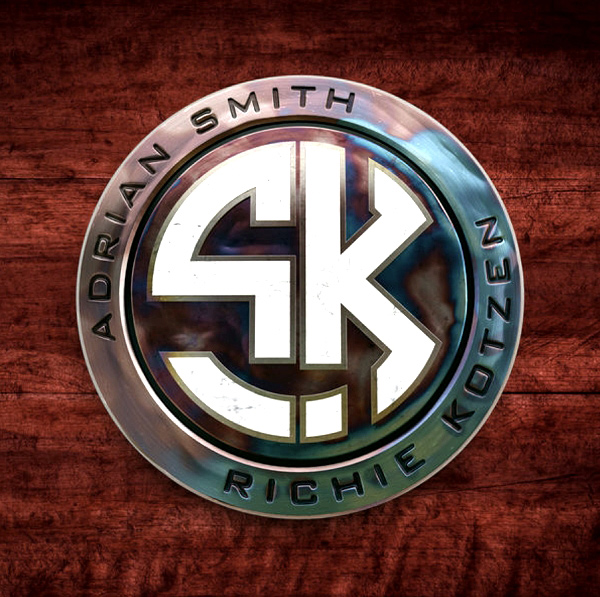 I am not a huge fan of metal, but this album is great. I was a drummer in a garage band back in the late 1960s, and if we had played metal, it would have been like this. The drums are pounding, which is the way I liked to play. 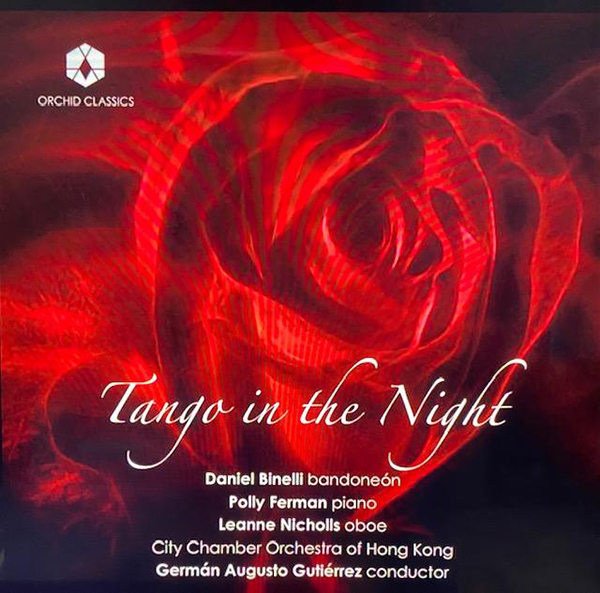 I stumbled upon this gem through serendipity. The recording and playing are superb and I use El Choclo as a demo when friends come over. The music is relaxing and reminds me of warm summer evenings. The orchestra is bolstered with some piano and a gentleman who plays the bandoneon (a type of concertina that is popular in South America). It gives the tangos their charming rhythm and drives. The sound is lush and remarkable wide and deep, with instruments easily envisioned in a 3D landscape. I found the idea of an orchestra from China playing these Latin tunes a bit amusing at first, but this recording is a relaxing charmer for those who are tired at the end of a long day at work. Dance on! 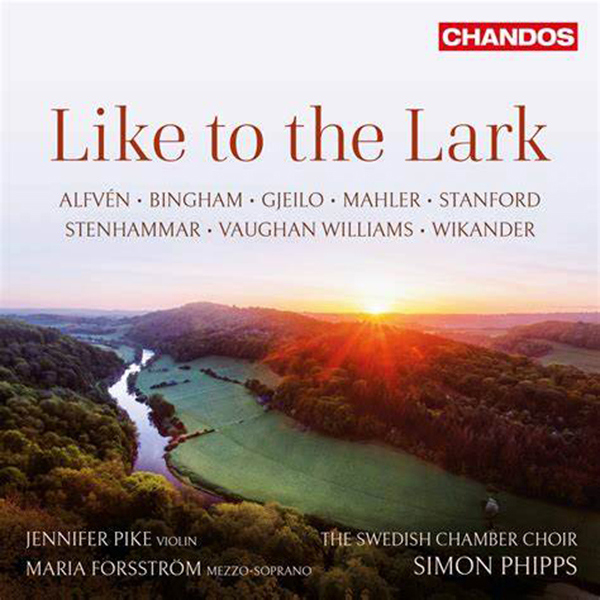 Like to the Lark – Simon Phipps and the Swedish Chamber Choir, Jennifer Pike violin, Chandos records, 24/96 hi-rez on Qobuz.

A recent survey in England has found Ralph (pronounced Raff) Vaughn Williams The Lark Ascending being the most loved tune for several years in a row now. And no wonder. I have considered it one of my all-time favorites since I first heard it in college. The solo violin soars so beautifully, it can bring tears to my eyes. The lyricism can make your heart soar like the bird it describes in music. Now I have listened to the other tunes on this recording, but this particular piece is voicelessly sung by a choir, usually doing the part ascribed to the orchestra, and the sound they produce against the solo violin is entrancing. It takes it into another domain altogether. The recording is spacious and clear. Even the highest notes sung have air and no distortion. Listen to it in a darkened room and just let the sound sweep over you for the next fifteen minutes. Your spirit will ascend.