Recently, I had the chance to listen to my entire collection of Mahler Symphonies. Sadly, it isn’t all nine complete works nor do I have the unfinished tenth in my library, but I have excellent examples of numbers 1, 4, 5, and 6. 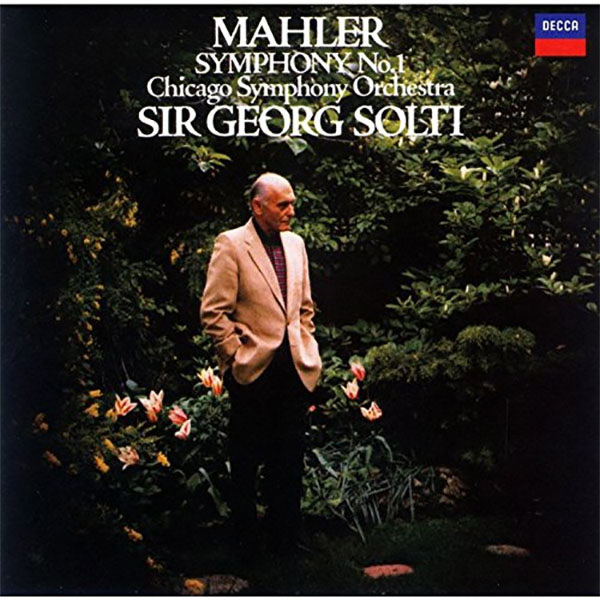 Mahler, Symphony No.1, Chicago Symphony Orchestra, Sir Georg Solti, Decca, 1991, CD.
The First is another tried and true performance by the Chicago Symphony and Sir Georg Solti from the Seventies. It and all my London Digital CDs are still cherished for their honest musicality and human-sounding performances. You can hear Solti’s stool creaking and the string players breathing. Pitch and ensemble aren’t perfect. But I’ll take it over a modern recording any day. 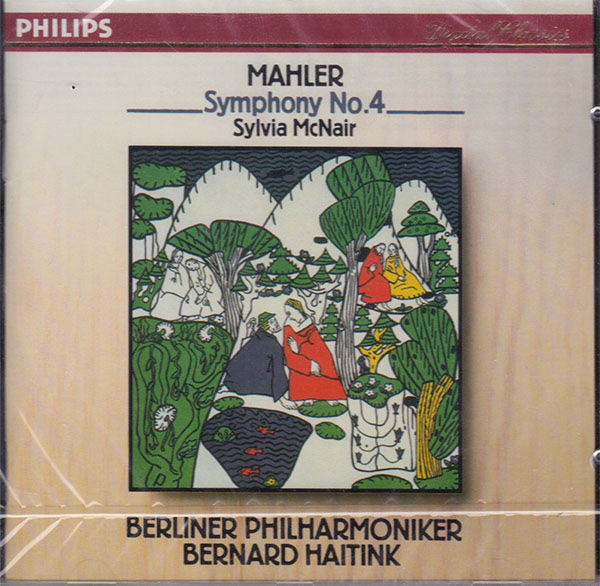 Mahler, Symphony No.4, Berliner Philharmoniker, Bernard Haitink, Philips, 2006, CD.
The Fourth comes by way of the Berlin Philharmonic and Bernard Haitink. It’s from the same era as the Chicago recording and has a similar feel and style. Woodwind sounds are somewhat different with dark bassoons, clarinets playing with vibrato, and oboes that are a bit honky. But the lush string textures and brass fanfares give me goosebumps every time. And Sylvia McNair’s solo in the final movement always moves me. For Mahler to include this amazing element, a soprano soloist, brings a wonderful feature to the symphony and I’m surprised it hasn’t been more imitated. 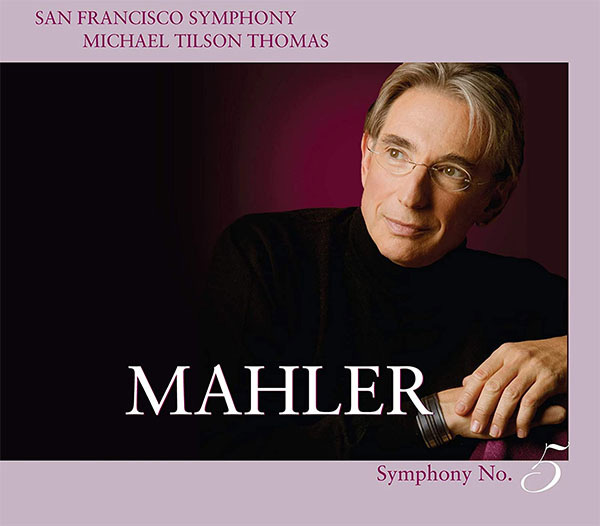 Mahler, Symphony No.5, San Francisco Symphony, Michael Tilson Thomas, SFS MEDIA, 2007, SACD.
The Fifth is from the complete cycle on SACD by the San Francisco Symphony and Michael Tilson Thomas. This set won a Grammy and is taken from multiple live performances. In many ways, it’s better than any studio recording. It is rich in dynamics and lyricism and is technically flawless. That musicians perform at such a high level in a live setting truly speaks to the progress of today’s classical music education and training. 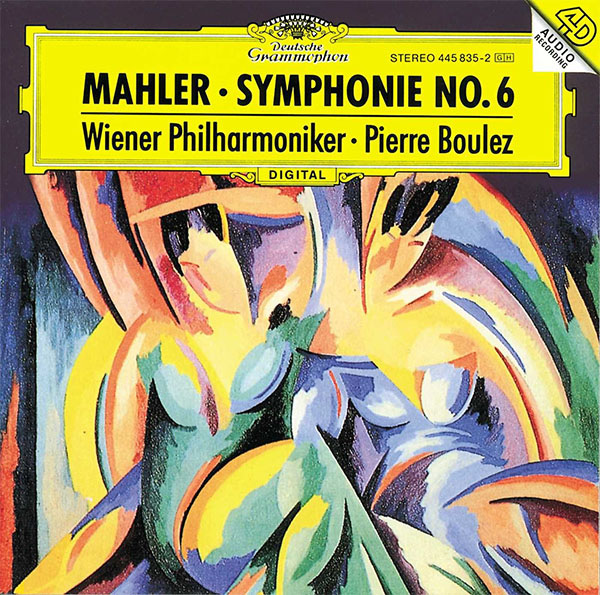 Mahler, Symphony No.6, Vienna Philharmonic, Pierre Boulez, Deutsche Grammaphon, 2006, CD.
My recording of the Sixth is on Deutsche Grammaphon from 1995, the Vienna Philharmonic conducted by Pierre Boulez. This is a massive work; one I had the privilege to perform in 2019. It requires over 100 musicians with massive numbers of brass and woodwind parts. To say it was loud would be a gross understatement. It goes on for over an hour and amazingly is never repetitive or over-stated. The recording is engaging for its entire length and is perfect for a long trip late at night driving back from a gig.

My takeaway from listening to all these discs over a few days is that Mahler had a tremendous amount of material in his head. Every symphony, though undeniably from his pen, has its own character and feel. If I had the opportunity, I’d listen to all nine in one sitting. There are few composers I can say that about! 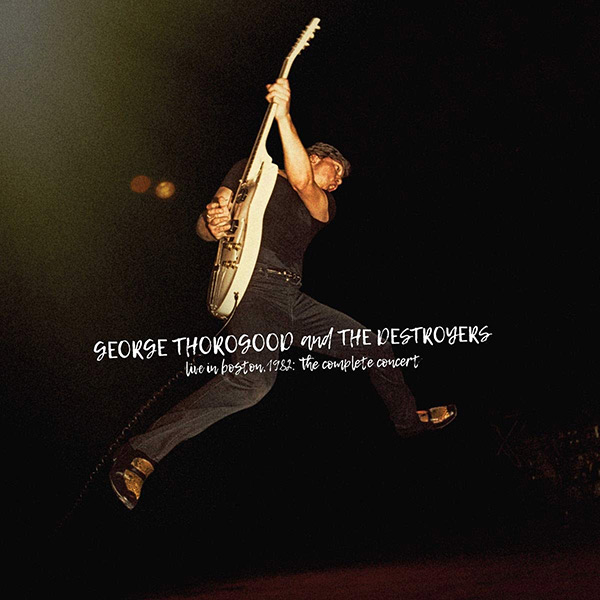 George Thorogood and The Destroyers, Live in Boston-1982: The Complete Concert, Craft Recordings, CD, 2020.
I first saw George Thorogood and The Destroyers perform live at Massey Hall in Toronto in 1990. It was certainly one of my most formative early concert events because every element of the experience just seemed to click that particular evening. If you are unfamiliar with Massey Hall, it is a downtown Toronto concert and performing arts institution, originally built in 1894. Back in 1990, it was a warm May evening, the Hall had great acoustics, a capacity of 2700 people and, that night, we had middle floor concert seats.

Perfect conditions. I remember the band coming on the stage and then Thorogood strutting up to the mic after everyone was ready and his gravelly voice uttered “And away we go!” A second after he said it, we were greeted with the five-second guitar opening followed by the concussive wall of sound that was his version of Bo Diddley’s “Who Do You Love?” It was the beginning of one of the most fun and visceral concert performances that I have ever been to. A room full of hard-rocking Blues and R&B joy that lasted over two hours. I’ve seen the band a subsequent six times over the years in various venues big and small. All were consistently good shows, but the stars were completely aligned for that Massey Hall gig and I so wanted a version of it captured on CD somehow. Until this point, I have only owned the 1986 “Thorogood Live” CD which, while a good introduction to the band, didn’t quite have the sonics, artist interaction, or the track depth that a real live show would. Over the years other live CDs came out but I didn’t think that they could measure up to the experience I was after, as unreasonable as it may sound. Craft Recording’s expanded re-release of the “Live in Boston 1982” concert (originally released in 2010) is IMHO the ultimate live George Thorogood and the Destroyers CD set. Unlike the original edited 2010 release, this is the complete concert with an additional 12 previously unreleased tracks, almost feeling a bit like a bootleg release. It’s official though and it’s got everything, a fantastic setlist, great sonics for a live recording (the audience does not overpower the band), and George’s banter with the crowd. I listened to the full 2 CDs both on my 2-channel rig and in my home theater, letting my AVR up-mix the performance to 5.2.4 channels. In both cases, I cranked the music up and it took me right back to that night (I can’t believe I’m saying this) 31 years ago. Along with the excellent mastering job, Craft Recordings did great work with the packaging, printing, and liner notes. If you are a George Thorogood fan you owe it to yourself to pick this one up. 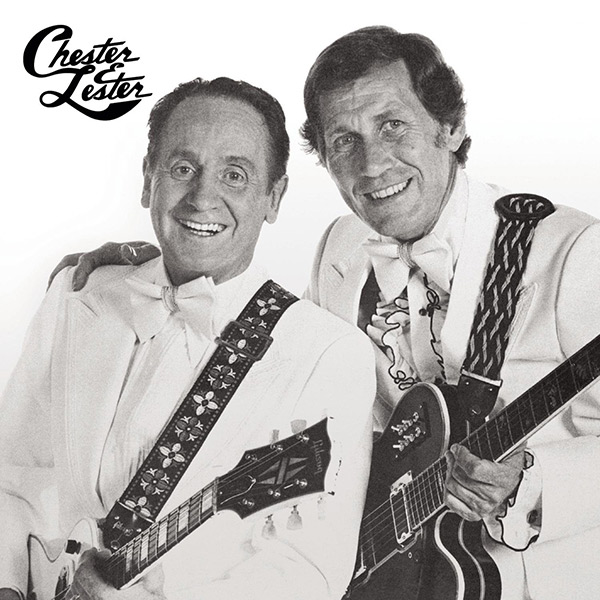 Chet Atkins and Les Paul, Chester & Lester, Exhibit Records, (1976) 2012 180gm LP pressing.
This LP was a recent Christmas present and I could not have been more overjoyed. These two late guitar masters sound absolutely fantastic and this 180gm vinyl pressing, done at RTI, simply crushes the sound of my old CD copy to dust. The re-issue mastering is top shelf, imbuing a sense of warmth and spaciousness to these classic standards that Paul, Atkins, et all are obviously having fun with. From the opening strains of “It’s Been a Long, Long Time” you know you are in for something special.

The tastefully played notes coming from two very different guitar players just flow like liquid and harmonize into a satisfying whole, wrapping you up as in a warm hug. That warmness and spaciousness of sound don’t overpower the crispness of the picking when it’s there nor does it interfere with the clean ringing of the harmonics as you’ll hear in the duo’s take of “Caravan.” “Out of Nowhere” showcases Les Paul coaxing some of his unique sounds out of his heavily customized namesake guitar, his notes sounding almost like a synthesizer at times. There is a casual ease about this record, in that it seems more like a jam session than a polished studio album. In fact, the liner notes confirm that the entire album was recorded live in-studio with only minimal overdubbing done on just two tracks. And then there is the studio banter, with both principals cracking wise from time to time and eliciting laughter (riotous on occasion) from the rhythm section. “Avalon” is just a tremendous example of passion and skill for the guitar that both these guys have laid down on tape in one take. And after they play it completely through the first time Chet Atkins, playing the straight man, eggs Les Paul on to play it in a faster tempo. “You mean more nervous than that?” says Paul. They proceed to up the ante and replay the song at an almost ridiculous pace but yet it sounds utterly fantastic, these two pros making look so easy and clowning around the entire time. The story goes that Atkins coaxed Paul out of a 10-year retirement to record the album. You wouldn’t have known it from the quality of the performance. Chester & Lester would go on to become the 1976 Grammy winner for Best Country Instrumental Performance. 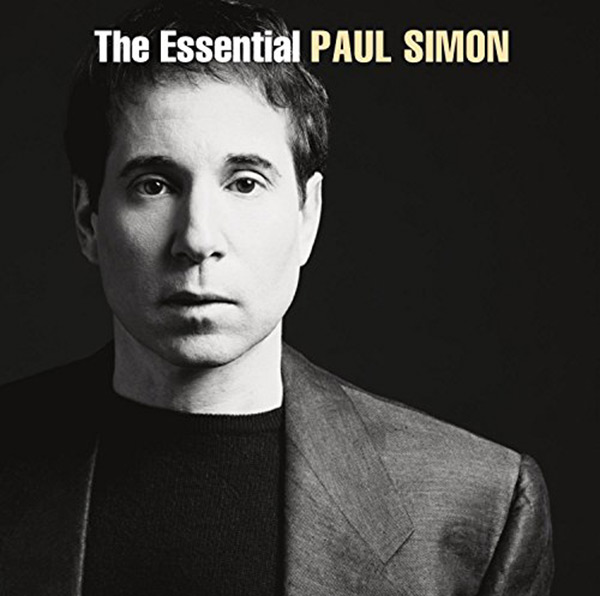 Paul Simon, The Essential Paul Simon, Qobuz (High Resolution 24/44.1)
I have been a big fan of Simon and Garfunkel since my college days and have always been amazed by Simon’s ability to put stories to music. Whether unrequited love or social commentaries on what is going on in the country, he has a way of making you slow down and listen to the words. His tunes are catchy and perfectly complement the story he is telling. He has a great solo voice, but he is not afraid to mix in some excellent backing vocals (James Taylor, Linda Ronstadt, Ladysmith Black Mambazo, etc.) to enhance the musical palette.

He has written hundreds of pop tunes and songs over the years and his ability to keep producing music is nothing short of phenomenal…and this is after over 40 years of breaking up with Arty! In this hi-rez recording, I am particularly enamored with the songs from Graceland and The Rhythm of the Saints where the recordings have great detail and separation along with some incredible drum work. This set is a fine introduction to the musical genius of one of America’s greatest songwriters. 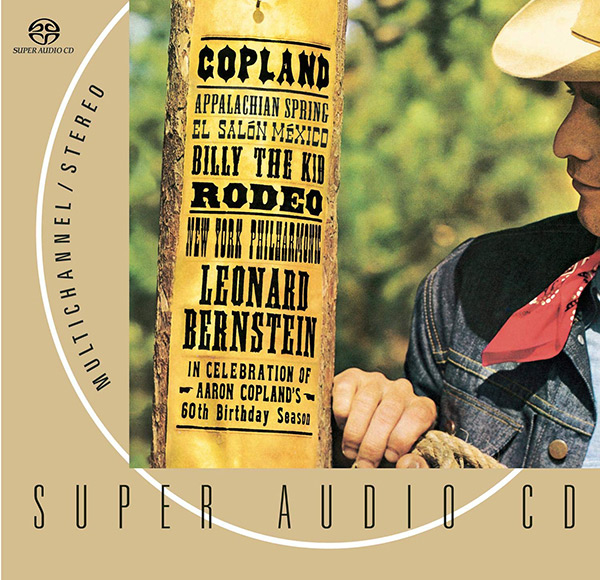 Aaron Copland, Rodeo and Billy the Kid, Lenard Bernstein conducts the New York Philharmonic, Qobuz (24/192 Stereo)
Originally recorded in 1960-1961, this American composer had a champion in Bernstein. Even though Copland recorded his own music under his baton, the NYP had a sound that Lenny utilized to the fullest. The intricate pacing, timber, sonic details are all brought to the fore in this Sony re-release. I have the same recording on multichannel SACD which is still my favorite way of listening on late evenings in a darkened music venue.

In fact, this was my first SACD purchase ever…several months before I had saved up enough money to buy a Pioneer DV-563A Universal Disc Player back in the mid-’90s (?). I know that many don’t care for surround music, so this version in hi-rez stereo will have to suffice. It is wonderfully recorded and does not sound aged at all. The only other conductor that does Copland’s music justice is Leonard Slatkin and the St. Loius Symphony on the RCA label. Of course, that’s my opinion. Included on this disc is Appalachian Spring, which is some of the most beguiling American music ever written. (My apologies to Paul Simon, of course).