Up NextA Collection Of New Vinyl For The Audiophile – April, 2020 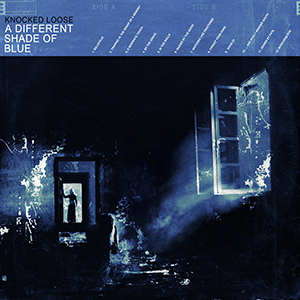 Knocked Loose wasted no time establishing themselves as a force to be reckoned with in the hardcore scene, with their EP Pop Culture and their debut album Laugh Tracks both boasting monumental weight and lasting impact. The outfit has earned its place among the ranks of hardcore innovators and has earned a reputation for live shows that command immense amounts of energy. Their most recent effort, A Different Shade of Blue, incorporates the uncompromising heft of their other work while also adding more melodic and cerebral elements, a new take on their sound that I’ve been enjoying since the release of their lead single “Mistakes Like Fractures.”

The entire album is crushingly heavy from start to finish, maintaining a steady flow of chuggy, head-moving riffs, but it plays with creative and unconventional songwriting at several points throughout the runtime. The whole album feels raw, in a way. The production doesn’t hide vocalist Brian Garris’ breaths, somehow compounding the fury with which he delivers his unique and screeching vocals. Sitting down and listening to this LP feels like watching a live set. Near the conclusion of the album, the track “…And Still I Wander South” manages to combine melody and weight in a way I’ve never quite heard before, creating an astonishing experience and an excellent platform for the two songs that follow it to close the album. This point, along with other landmark tracks in the album (“By the Grave” and “In the Walls”), create a must-listen-to opportunity for fans of bands like Jesus Piece, Code Orange, Varials, or any other members of the most recent wave of hardcore bands. The pressing of the album itself is high quality; I didn’t notice any flaws in the playback and the album played smoothly. This album sits well in my collection (still limited to one milk crate at this point) and I thoroughly enjoyed my time with it. 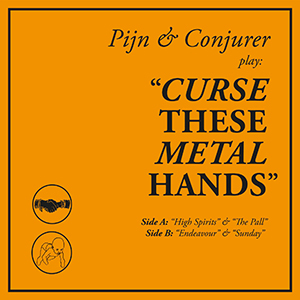 After the release of Conjurer’s debut album, Mire, in 2018, I have been anxiously awaiting any new material that the band might release. This new music came in the form of a collaboration with a band called Pijn, whom I had never heard of before. The album in question is amusingly titled Curse These Metal Hands. The project was specially commissioned for the annual British hard rock Arctangent Festival and consists of an original live suite performed for the festival. I gave this record a spin knowing nothing about it apart from the fact that Conjurer’s name was on it. For those who are unfamiliar, Conjurer blends elements of Neurosis-esque post-metal with deep, dense riffs and dual vocals.

This suite blew me away. It is distinctly heavy and is intended for the metal listener, but it plays like a metalhead’s version of Holst’s Fantasia on the Dargason at points. There are copious amounts of melody and the structures weave together effortlessly, and it manages to incorporate elements of classical music with Conjurer’s brand of post-metal. It does seem reminiscent of Baroness, in a way, but a bit more weighty. During the four songs, there are so many layers that fall forth from the bright orange-colored vinyl, too many to dissect. It is a must-listen.

I do, however, have to remark that my copy of this vinyl was damaged in shipping. There is a visible warp in the record and the packaging was slightly mangled up. For this reason, I refrain from giving an accounting on the quality of the pressing, but let it suffice to say that the music itself is stunning and worth a purchase on its own. 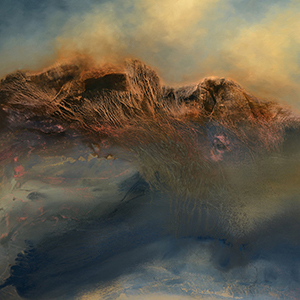 After the release of SUNN O)))’s album Life Metal, I was surprised that they would release another piece of material so soon. This particular record is, however, a collection of music from the Life Metal sessions that didn’t make the final album. Being that I enjoyed the album so much, I came into Pyroclasts with good expectations.

I wasn’t let down, either. Pyroclasts sounds very close to Life Metal and delivers the same waves of goosebumps that its predecessor did. Steven O’Malley and Greg Anderson continue to deliver the crushing drone that they are known for, tearing away at the ears with deep and low caverns of sound. The listener is transported away from their location, taken out of the moment and whisked away to a foreign frequency, produced by the low, low sub-bass. SUNN O))) can be boring to some, being that it is extreme drone-doom metal, but with repeated listening, it becomes apparent that Anderson and O’Malley aren’t just slowly tuning their guitars. There is a certain level of compositional knowledge within these songs, and they create a beautiful and profound soundscape for the listener. It’s hard to compare SUNN O))) to anything else, they need to be experienced. Preferably at a live show, where it is known that people have left on stretchers due to the sheer volume of the band. As they state on the liner notes of their records, “MAXIMUM VOLUME YIELDS MAXIMUM RESULTS.”

The quality of the vinyl itself is superb, something that SUNN O)))’s own label Southern Lord is known for. The slipcase is beautifully adorned with abstract painting and a gloss finish and is constructed out of hefty, thick cardstock, making it an eye-catching addition to my collection and a joy to listen to.