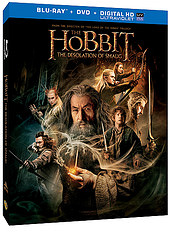 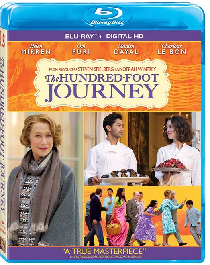 Hassan Kadam (Manish Dayal) is a culinary ingénue with the gastronomic equivalent of perfect pitch. Displaced from their native India, the Kadam family, led by Papa (Om Puri), settles in the quaint village of Saint-Antonin-Noble-Val in the south of France. Filled with charm, it is both picturesque and elegant – the ideal place to settle down and open an Indian restaurant, the Maison Mumbai. That is, until the chilly chef proprietress of Le Saule Pleureur, a Michelin starred, classical French restaurant run by Madame Mallory (Helen Mirren), gets wind of it. Her icy protests against the new Indian restaurant a hundred feet from her own escalate to all out war between the two establishments – until Hassan’s passion for French haute cuisine and for Mme. Mallory’s enchanting sous chef, Marguerite (Charlotte Le Bon), combine with his mysteriously delicious talent to weave magic between their two cultures and imbue Saint-Antonin with the flavors of life that even Mme. Mallory cannot ignore. At first Mme. Mallory’s culinary rival, she eventually recognizes Hassan’s gift as a chef and takes him under her wing.

From Lasse Hallström, the director of “Chocolat” and “The Cider House Rules,” comes “The Hundred-Foot Journey,” a romantic tale about a young man’s passion for the culinary arts. The movie opens with a young Hassan, who is just learning the ways of the kitchen from his mother in India. The family flees the country and the mother dies in the chaos, leaving Hassan with a special connection through food to his mother. The father is setup to be a bit old school and stuck in his ways which quickly leads to the setup tension between the Kadam family and Madame Mallory. It might be contrived and predictable, but the movie is heartwarming, entertaining and enjoyable. The characters are tangible enough that fairly early on in the movie I ended up caring for them. Mirren again redefines ageless beauty and grace, bringing an edge with that elegance to Madame Mallory. Manish Dayal does a fine job playing up the passion and confidence of Hassan.

The Indian atmosphere is wonderfully tied together by a lovely score by A.R. Rahman and the French scenery beautiful and the photography of spices and food will leave you salivating. I found this ardent journey of the Kadam family touching and very enjoyable.

The picture quality on “The Hundred-Foot Journey” Blu-ray varies quite a bit. Some scenes had excessive noise to the image which I’m not sure the source of. The movie was photographed with an Arri Alexa Plus which usually produces some beautiful clean images. The color saturation looked to be pumped a bit in post processing, which I’m sure was the intent, just don’t expect reference quality, natural looking images on this disc.

The sound mix is on the subtle side, but a few scenes bring out the surrounds and LFE. Another great score by A.R. Rahman is presented with a wide soundstage to fully immerse the viewer.