This is the extraordinary story of Desmond Doss (Garfield) who, in Okinawa during the bloodiest battle in the Pacific theater, saved 75 wounded men without carrying a weapon. As a conscientious objector, he felt that the war was justified, but killing was nevertheless wrong. As an Army medic, he single-handedly evacuated the wounded while braving enemy fire, being hit by snipers and even being gravely wounded by a grenade. Doss was the only CO to ever earn the Congressional Medal of Honor with clusters. This film was nominated for 3 Golden Globes, including Best Picture. 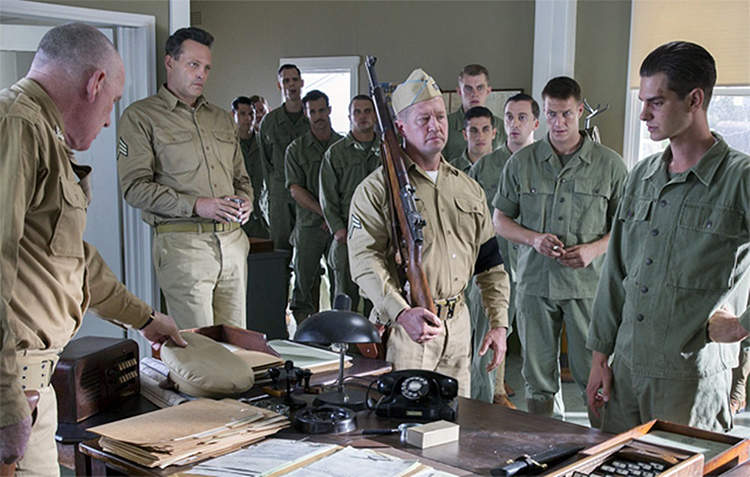 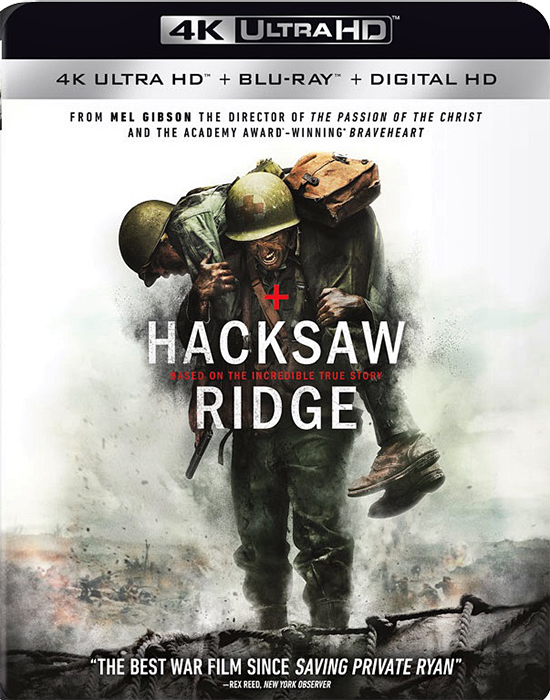 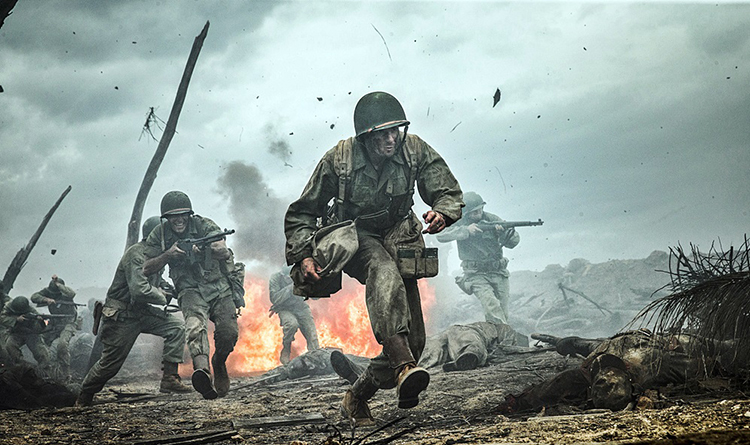 This is an interesting story of a man’s faith, perseverance, conviction and courage. From what I garnered from the interviews, Desmond Doss never thought he was anything special and refused (during his lifetime) to allow Hollywood to buy the rights to this story. And what an amazing story it is, with many parts left out according to Mel because they were almost too unbelievable, even for Hollywood. The first half of the movie dives into Doss’ life as a green recruit and the abuse the Army put him through because he refused to touch a weapon. He still had an immense desire to serve during the war, but wanted to put thing back together as an Army medic, not as an infantryman. This half of the film allows you to see things through the eyes of his fellow soldiers. The second is intense and graphically violent.

The violence rivals or exceeds what Private Ryan showed, so be forewarned. Mr. Gibson has some inner demons he must be exorcising in his films, because he sure likes to see killing up close and personal. I understand that war is Hell, but, ease up a bit!

Anyway, the platoon is cut to ribbons on Hacksaw ridge on Okinawa and Doss stays when everyone else cuts out. For the next day, he single handedly carries 75 wounded soldiers to safety without using a weapon to defend him. His prayer throughout the night was, “Lord, help me get just one more.” And so the meek become the brave. Were there others during the war that did brave acts like this? Some, but not many did it without a gun…and lived to tell their story. Garfield plays Doss with dignity and doesn’t let his character become sappy or maudlin. The only character that I felt was miscast was Vince Vaughn as the sergeant…he was too nice and polite.

The picture quality on this 4K film is excellent. It was shot with an Arri Alex XT Plus and the DI came from a 3.4K source. Color, contrast and details are outstanding, even demo worthy. My only complaint is the lighting in some of the outdoor scenes reveals the use of a green screen for some of the backdrops. When Doss is being lowered down from the ridge in a stretcher, the sun is on the horizon, but you can see lighting from underneath hitting the stretcher as well.

Complaining that some scenes are too well lit is really just a minor quibble on my part, but it made the drama of the scene a bit unrealistic to me. The sound of course is very active during the battle scenes and the musical score is supportive of action as well. Mel took great pains to get the uniforms and weaponry right for this film and he has a great eye for detail. If you like heavy action films, you will be impressed with the action and the story being told. 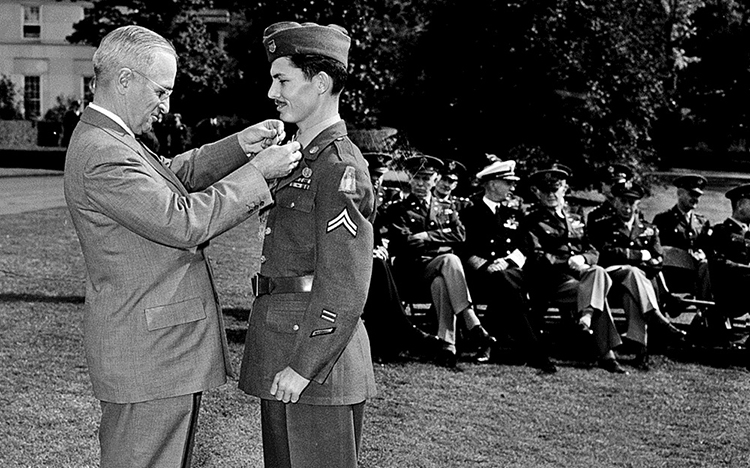 Besides a BD copy, you also get: “The Soul of War: The Making of Hacksaw Ridge”, Veteran’s Day greeting from Mel Gibson and deleted scenes. Several pictures of Doss getting his Medal of Honor are included.