The stars of a 1970s sci-fi show – now scraping a living through re-runs and sci-fi conventions – are beamed aboard an alien spacecraft. Believing the cast’s heroic on-screen dramas are historical documents of real-life adventures, the band of aliens turn to the ailing celebrities for help in their quest to overcome the oppressive regime in their solar system. This film is a delightful spoof of the Star Trek series that the whole family will enjoy. 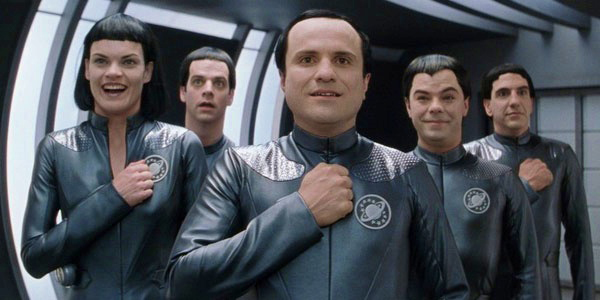 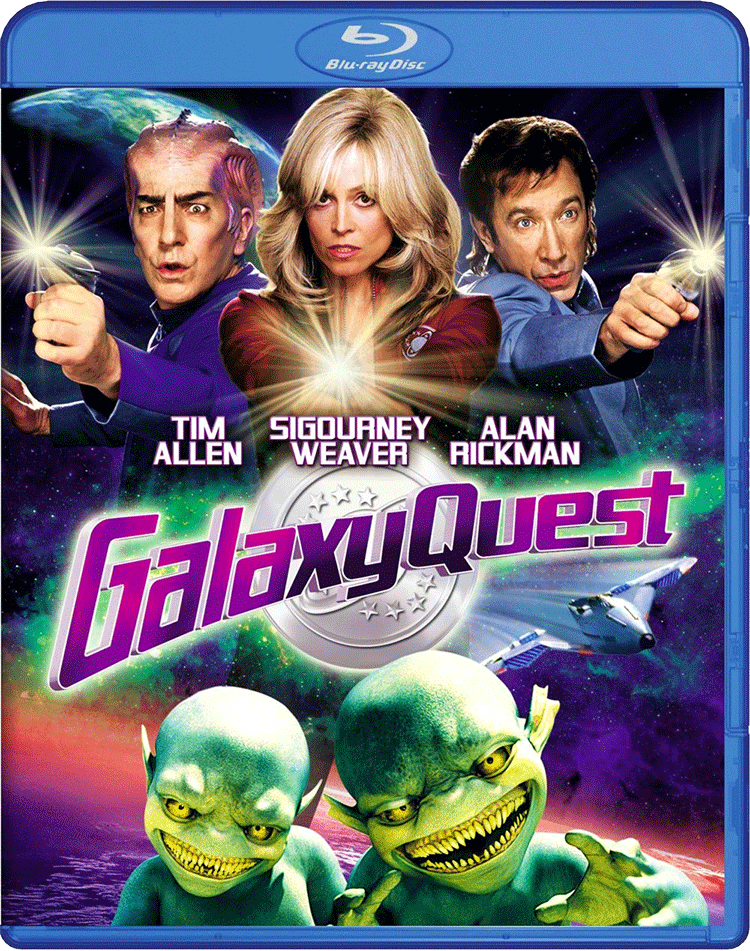 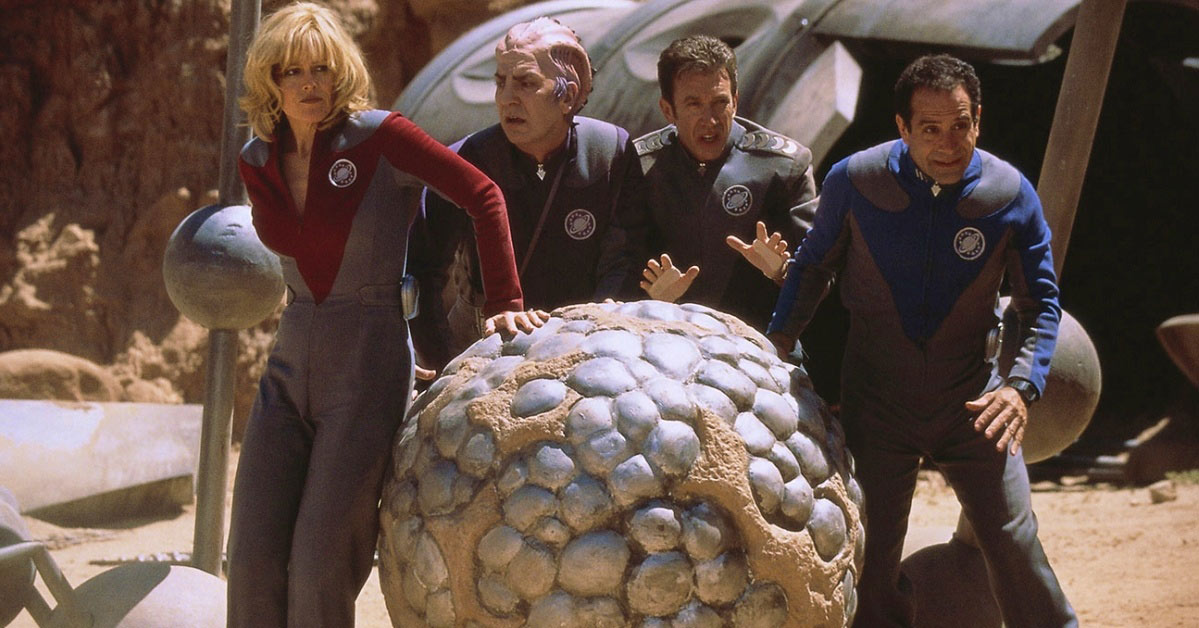 Had to believe this movie has turned twenty, but hey, we all grow old sooner or later. Allen was starting to come out of his Home Improvement phase and this vehicle helped launch him. The cast is excellent, especially the droll Dr. Lazarus (Rickman) and the “somewhere else” character by Shaloub. See if you can find Rainn Wilson from The Office, amongst the alien crew. The movie manages to poke fun at ComiCon while also paying homage to the sci-fi community as a whole. Don’t we all wish that the movies that take us “where no man has gone before” we real? Excellent bad guys, hilariously naïve friendly aliens and a crew that struggles with fantasy and reality make this an entertaining hour and half adventure a joy to watch, even after all of these years. Never give up, never surrender! 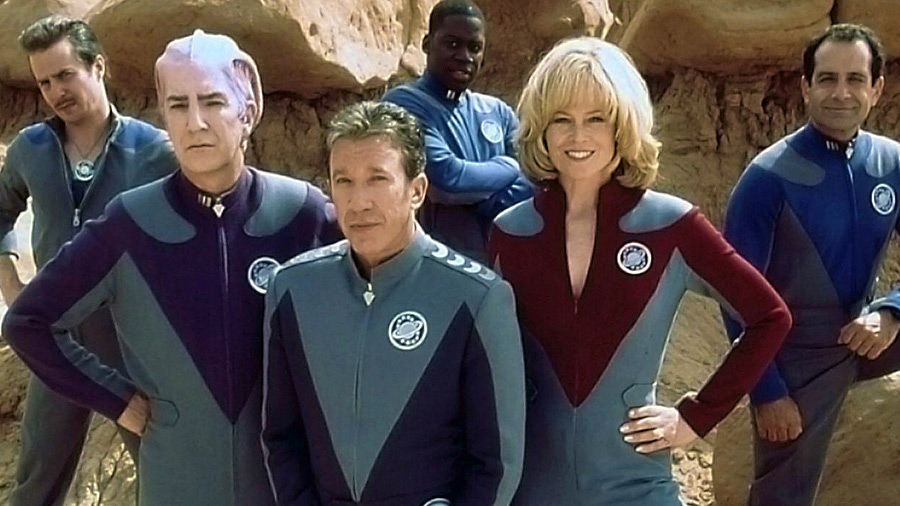 The movie looks very good with lots of details. The CGI has aged well, too. The special effects and close ups of the aliens has lots of fine details that add to the enjoyment of watching. In an early scene outdoors in the parking lot, I did notice some lack of contrast in the dark areas, but that’s a minor quibble. The sound was good, but I wish they had given it more than just 5.1, but Atmos may have been overkill