A girl named Sophie encounters the Big Friendly Giant who, despite his intimidating appearance, turns out to be a kind-hearted soul who is considered an outcast by the other giants because, unlike them, he refuses to eat children. 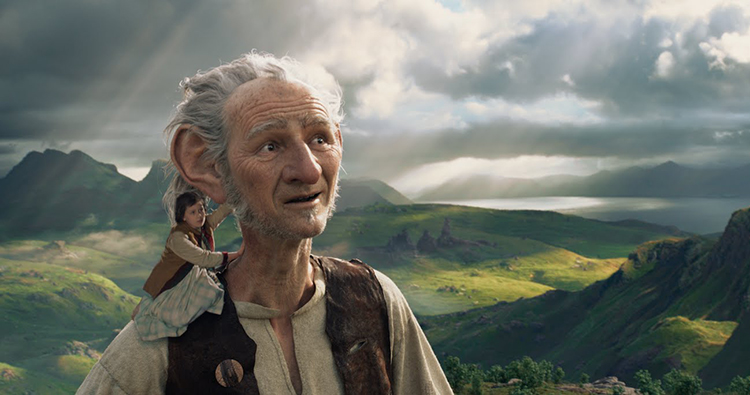 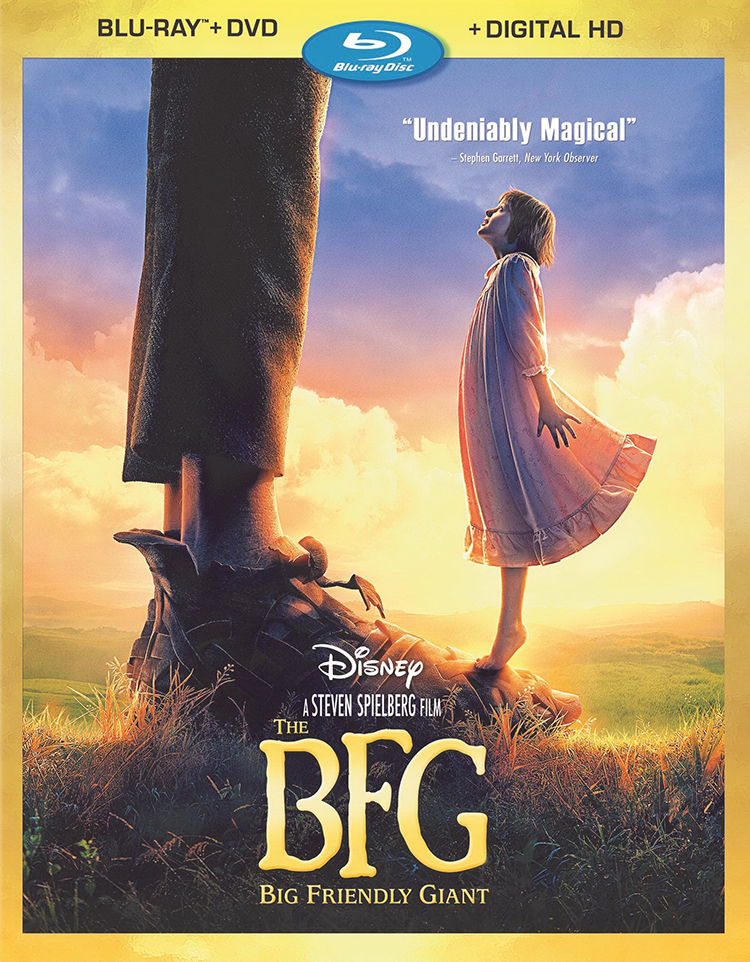 Violence: Minor
Sex: None
Language: None 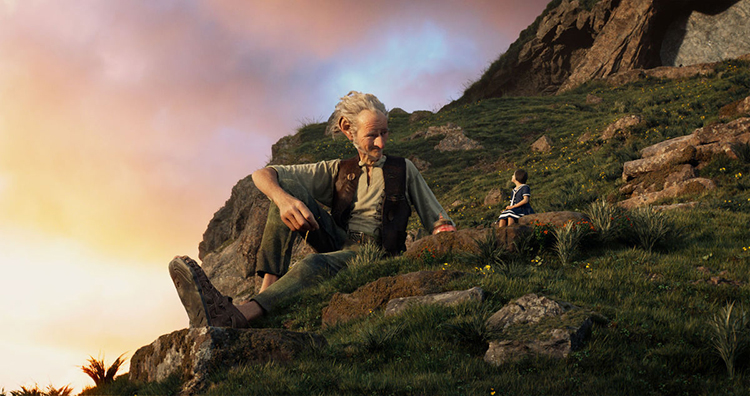 I’ll admit it right off the bat: I have not read Roald Dahl’s The BFG in many, many years, and mostly had forgotten the story before watching this film for review. I’m kind of glad it worked out that way, as I was truly able to experience the story as new, and preventing any judgments about how it compared to the book. Of course, the film was directed by the venerable Steven Spielberg, so my expectations were somewhat high. The story premise is rather simple – a Big Friendly Giant (who is small by giant standards), is spotted late at night by an orphan named Sophie, and thus, he feels compelled to kidnap her so she won’t tell anyone about him or Giant Land. During her short “captivity”, she learns how he is bullied by the bigger giants, who, incidentally, would very much like to eat her as a snack. Determined to help the BFG rid himself of the other giants, Sophie brings the BFG to Buckingham Palace and they have a jolly old tea time. The Queen offers to help the BFG get rid of the mean giants, which they do. Though rather a simple plot, the story works and is entertaining for both adult and child alike.

What I liked best about the film were the beautifully created locations in which the BFG lived and worked. His humble abode, though really a small-ish dumpy place for him, was like an enormous wonder world from Sophie’s point of view. There is a sailboat that served as the BFG’s bed. There was a network of open waterways that would have felt like a huge waterpark to Sophie. And perhaps he best of all, the BFGs work area that housed the dreams looked magnificent with all the dancing sprites representing the dreams that were individually contained in small (well, small by the BFG’s scale) bottles. I genuinely felt awful for the BFG when the bully giants ransacked the place looking for Sophie. 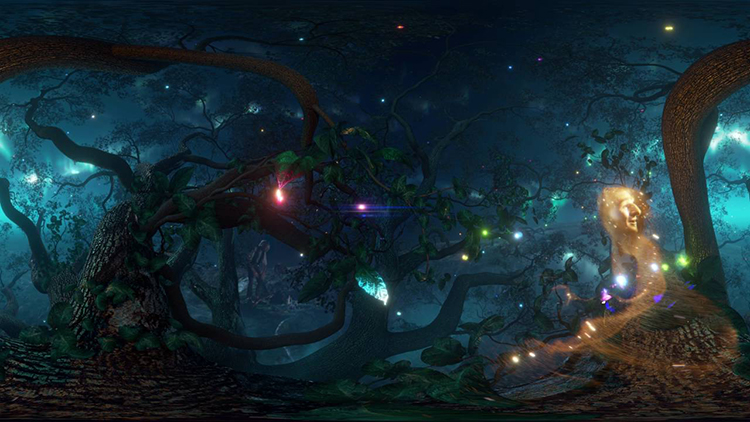 The other location that was stunning was the Dream Tree. From the moment they entered this magical realm by jumping into the pond and instantly standing upside down in the reflection (which turns out to be the actual Tree and pond) I was captivated. The visual effect here was so natural looking, and perfectly depicted their entry into the BFG’s workplace. Rather than being encased in bottles, the dreams here flew around freely creating a night sky worthy of comparison to Van Gogh’s The Starry Night. I had to watch this scene more than once just to take in its splendor.

My family’s favorite scene was that in which the BFG visits the palace. We loved how the royal servants set the BFG’s table, brought him his food, and how he tried to retain decorum throughout was hilarious, but not nearly as much as when he finally shares his frobscottle with everyone. Little did they know what kind of side effects the fizzy drink had before the entire room was exploding with whizzpoppers. I guess you had to be there.

The film is presented in the 2.39:1 wide screen aspect ratio with a DTS-HD Master Audio 7.1 sound track. The transfer looked outstanding, as you can tell from my discussion of the locations in the film. The soundtrack really stood out as well. There was great use of bass to enhance the footsteps of the giants. I felt immersed in the dreams flying around as well as I could hear them swoosh around behind and to the sides of me. The giants’ voices were full and conveyed in such a way as to match their size in comparison to Sophie’s, for example.

The BFG is a worthy film version of the Dahl story. Perhaps it lacked a tremendous amount of substance, but it made up for it in spades with its beauty, creativity, and humor. Though not at all a box office hit, I would certainly consider it worth recommending for a family movie night.