Up NextTrespass Against Us - Blu Ray Movie Review
Synopsis

Max Vatan (Pitt) and Marianne Beausejour (Cotillard) fall in love while on an undercover mission in Casablanca. Returning to England, the two marry and have a child. But when Max learns that his wife may actually be a German spy, he has 72 hours to prove her innocence and save his family. And if she really is a spy? He must do the unthinkable and execute her with his own hand. 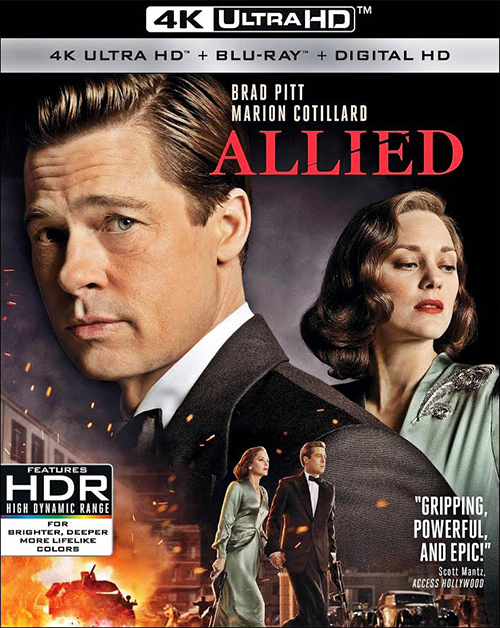 How refreshing to see a movie that is a throwback to the classical style of Hollywood film making. The acting is great, with real chemistry between Pitt and Cotillard characters, and the secondary actors offer excellent support as well. The story is a simple premise that will have you guessing right up to its satisfactory climax. The cinematography is astonishingly beautiful with wonderful costumes, ball rooms with chandeliers, and sun sets over the Sahara.

The use of metaphor is implied when the two lovers “get busy” in the front seat of their car while a sand storm is swirling around them. A prelude of things to come? You bet! So this film offers enough romance for the wife with enough action to keep you entertained and a story that will leave you both interested and pondering the complexity of relationships, and marriage in general. Just how well do we know our spouse and what will a little doubt do to a relationship? Zemekis films are usually straight forward and never overly complex, but he does a knack for character development and keeps thing interesting and moving along. Recommended. 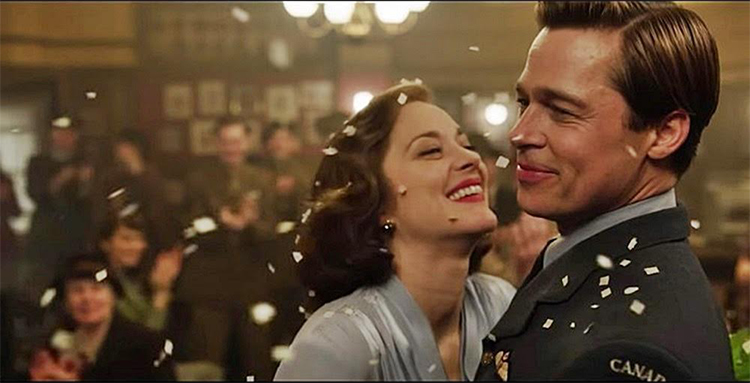 The picture was shot with an Alexi Red Weapon 6K camera and down rezed to 2160 for this release. The detail in the movie is fantastic, with every stitch in the uniforms clearly showing. Skin texture and colors are detailed and are rendered with great accuracy. The HDR gives the blacks a deep inky appearance and the dazzling highlights from the crystal ballroom chandeliers are stunningly beautiful.

The first half of the movie (Casablanca) has a natural earth tone color that reminds me of the old movies from the 60s (ala Lawrence of Arabia), while the scenes in England are cooler, reflecting the wetter weather and dimly lit interiors of the English flats. I watched this film twice, not just because the story was compelling, but because of the beautiful film like quality of this release. If you have HDR capabilities, I think you will be as impressed as I was with this movie. 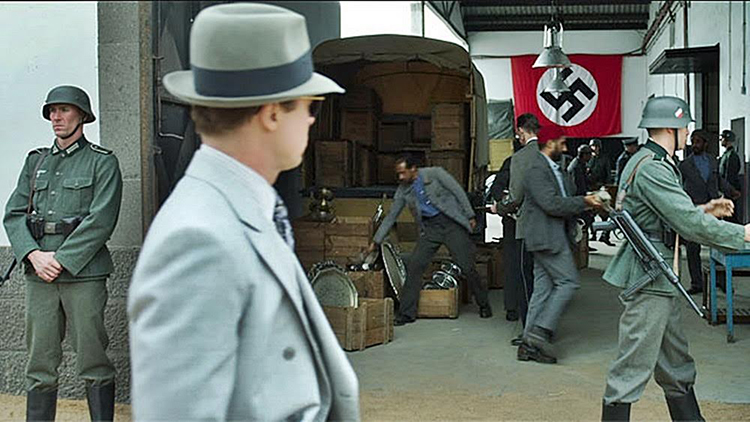 Beside a Blu-ray copy, you get: Story of Allied, Production Design, Through the Lens with Robert Zemekis, A Stitch in Time (costumes), “Til Death Do Us Part, Guys and Gals, Light, Pixels, Action! (visual effects), Behind the Wheel (vehicles), Locked and Loaded (weapons), and That Swinging Sound (music of Alan Silvestri) 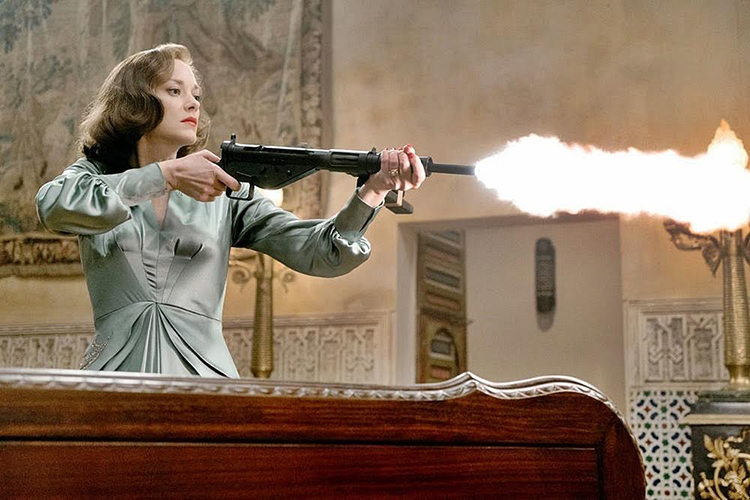