An inside look at the “King of Instruments”: A tour of the Kotzschmar Organ in Portland, Maine

Up NextWorld of McIntosh
How do we judge whether our stereo systems produce sound that rivals the “real” thing? Hopefully, it is because we visit actual, live music events or concerts. 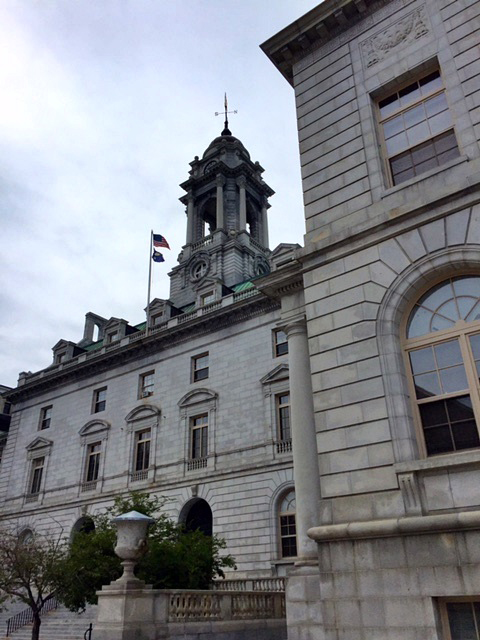 In other words, we judge our systems musical fidelity based on what we know “live” music to sound like. Since I happen to like classical music, I make it a point to attend concerts at Symphony Hall in Boston, or in this particular case, the large concert hall in the Merrill Auditorium in Portland, Maine. 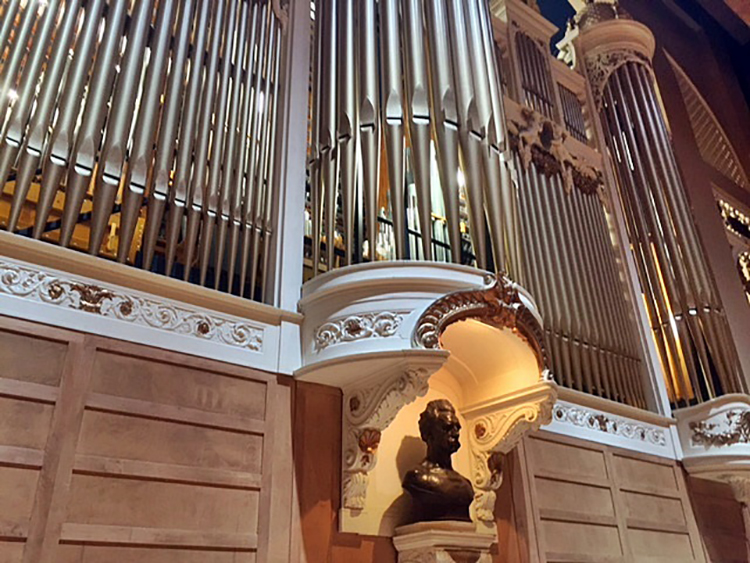 The Merrill Auditorium happens to house the largest municipal organ in the United States. By municipal, I mean the organ is owned by the city. They even have an organist who is responsible for maintaining it and organizing concerts year round in the venue. The only other municipal organ in the US is the Spreckles Organ in San Diego, which is actually an outdoor instrument. The Merrill is home to the mighty Kotzschmar organ (#323), built by the Austin Organ Company of Connecticut in 1912.

Unlike almost any other musical instrument, the pipe organ is defined by, not only the voicing of its pipes, but also by the acoustical environment it is located in. This is why so many organs are associated with cathedrals and basilicas. The large acoustic venues are a natural marriage of space and sound. In the last century, concert halls started to acquire organs and the sacred music written for the church organ became more secular in nature. I consider myself an organ aficionado and attend organ concerts throughout New England on a regular basis. I often use organ recordings to “test” speakers and subwoofers for SECRETS. I thought it might be fun to share a musical journey into the Belly of the Beast, so to speak. 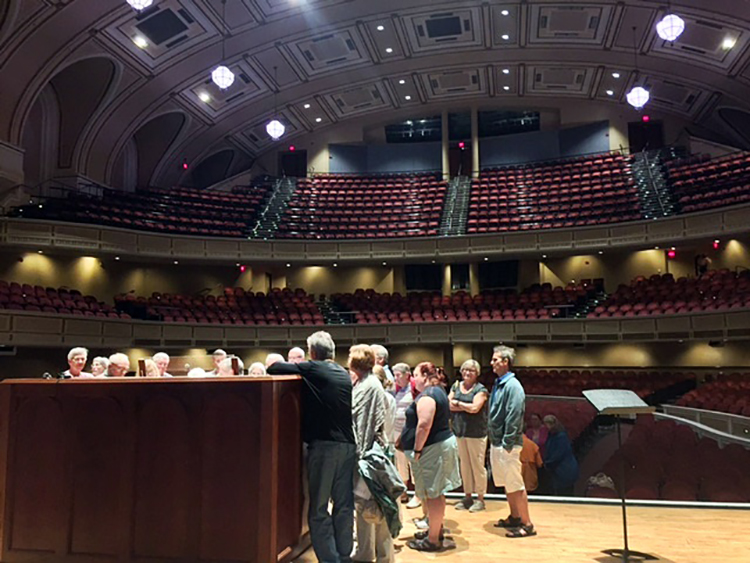 The organ is named after the Hermann Kotzschmar, a beloved organist and music teacher in Portland who died in 1908. A benefactor named Cyrus Curtis gave the instrument to the city of Portland in 1912 and it became one of the earliest municipal organs in America. Back then, it cost $30,000 to build. Now, after a very recent renovation from 2012-2014, it is estimated to have a value of $2.5 million.

The main organ chamber is 60 feet long, 16 feet wide and 40 feet tall. In perspective, it could hold 6 tractor trailers. The organ’s wind chest is 9 feet tall, 7 feet wide and 54 feet long. The wind chest is a pressurized “box” that feeds the air to the pipes. 50 people can fit inside it, even when the organ is playing. I have included some pictures of our tour group inside the main wind chest.

Though most of the pipes that make up the facade are fake, the organ has 7,101 pipes (laid end to end, about 3.6 miles of pipe work), arranged into 104 ranks, played from 225 stops (the knobs on the console) with 5 manuals (keyboards)and each manual has 64 keys. The longest pipe is 32 feet tall (obviously, a bass pedal), and the smallest is less than an inch in length. Pipes are made from metal or wood. About six stories above the audience in the ceiling are the Antiphonal and Echo divisions. Those divisions contain an additional 1,547 pipes. Some organ pieces allow for the throwing of sound back and forth for an interesting “stereo effect”…or surround sound. Even though the organ is tuned annually, spot tuning takes place before each concert. Notice the tuning prongs on some of these pipes that can be pulled up or down to change the pitch.

It is a common misconception that an organ can be made to play louder by stepping on a “gas pedal”. The truth is that the organ always plays at the same full throated volume, but can be made to play quieter with the use of swell shades, a Venetian blind device as it were. The pipes are housed in separate divisions and a louver opens or closes to reduce the amount of sonic output, all of which is controlled by a foot pedal above the pedal board. The air pressure that fills the wind chest is provided by a 25 horesepower blower. The PSI is only around 6 pounds per square inch, which doesn’t sound like much, but keeping the pressure consistent can be tricky. During the time of Bach, the bellows were operated by hand or foot. When all the pipes are playing, the wind chest walls are spring loaded and can collapse the room dimensions to help maintain the exact amount of pressure needed. Some of the bass pipes have their own wind supply because they require quite a bit of air on their own.

During the 2012-2014 renovations, the wiring consoles were reduced from two full walls to 2 circuit boxes. From each box a wire goes to and action, which lets air into a particular pipe.

The Kotzschmar also has a room called the Toy Box. It houses “unusual” sound effects such as: a snare drum, marimba, xylophone, crash cymbal, harp, train whistle, carillon, door bell, horse’s hooves, castanets, chime, triangle sleigh bells, car horn, bird chirps and a fire gong. These sound effects are often used during the silent movie series that play throughout the year. Original Phantom of the Opera with Lon Chaney, anyone? 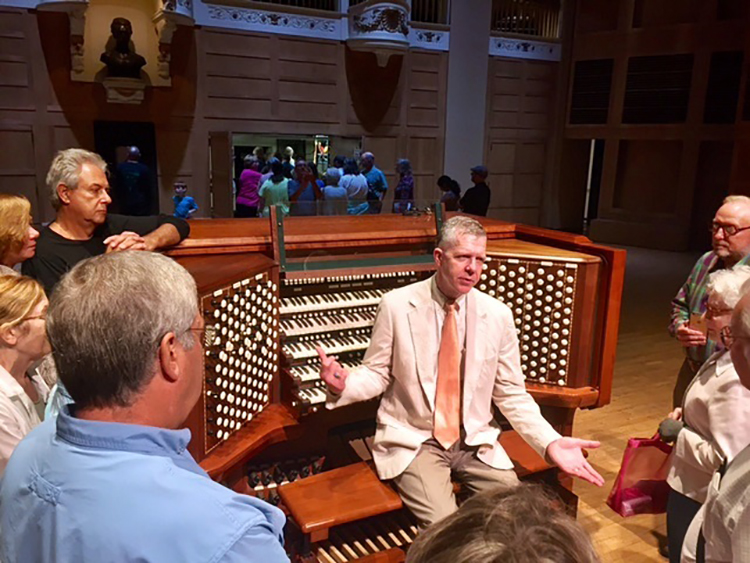 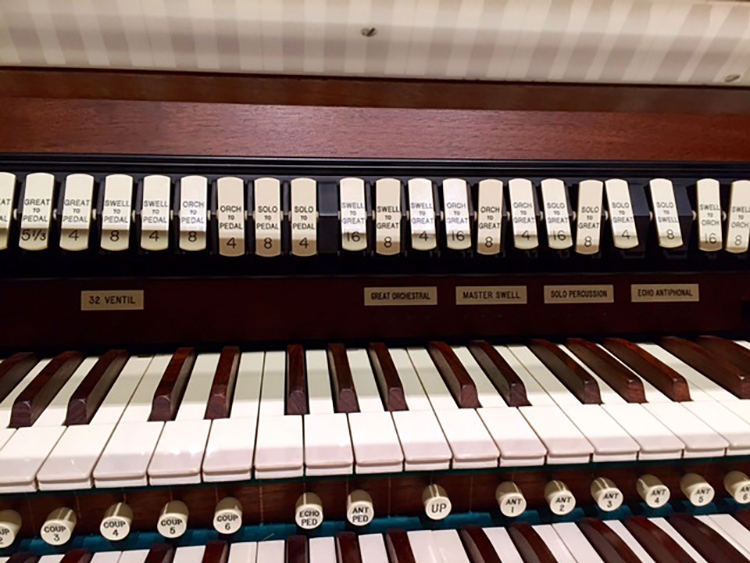 Several times a year, Ray Cornils, the municipal organist, gives tours of the organ. I’m sure that the average person has never seen the insides of this instrument, so I thought it would be fun to bring you along. Perhaps it will initiate a desire to go to a live concert. At the very least, you might want to buy a nice recording of an organ so you can appreciate the majestic sound and marvel at the skill needed to play, what Mozart called, the “King of Instruments”.

Enjoy the tour. Enjoy the music! 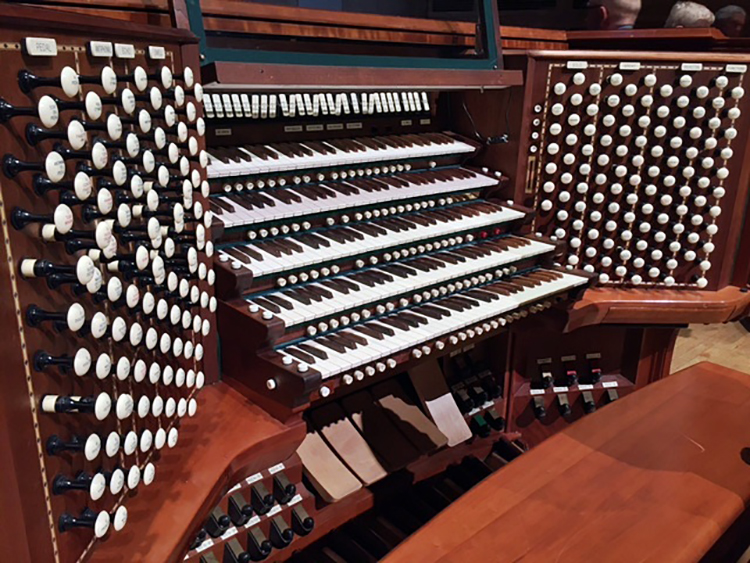 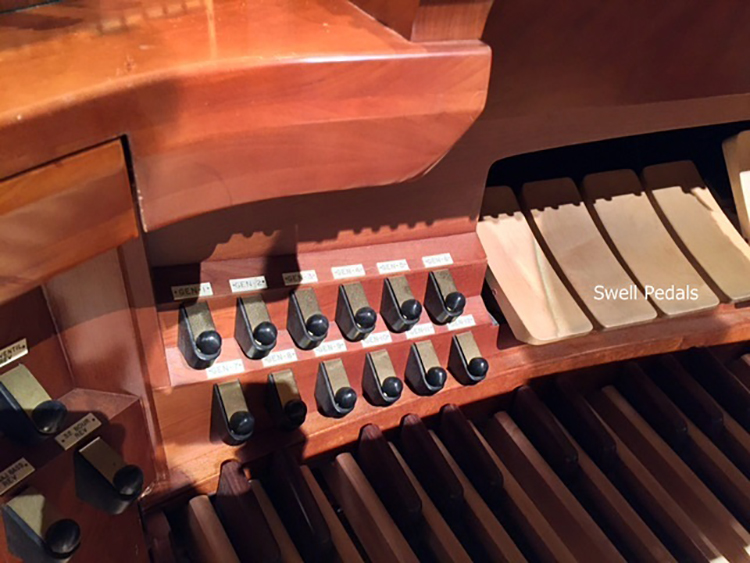 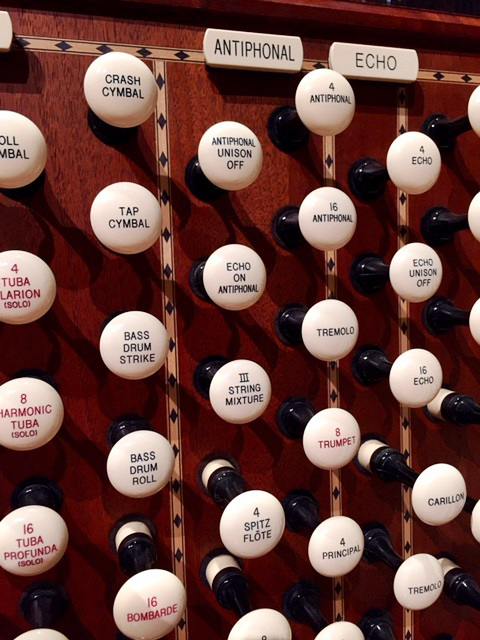 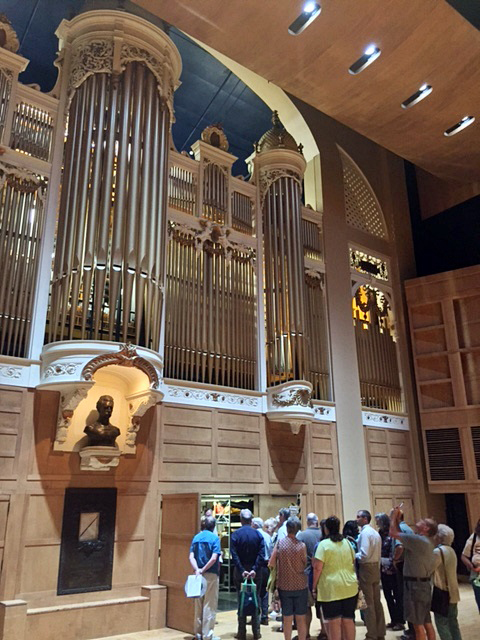 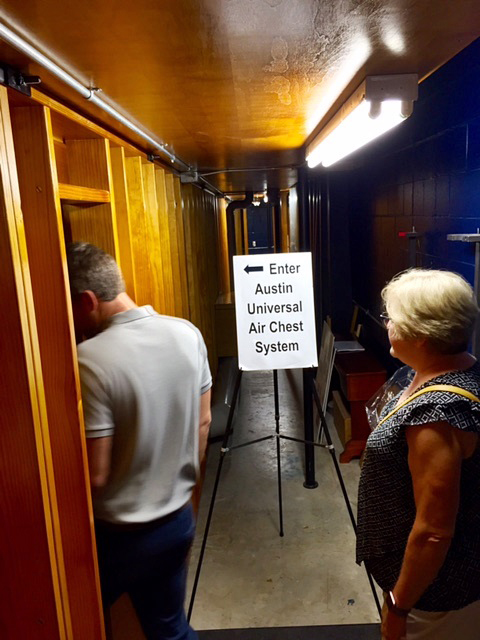 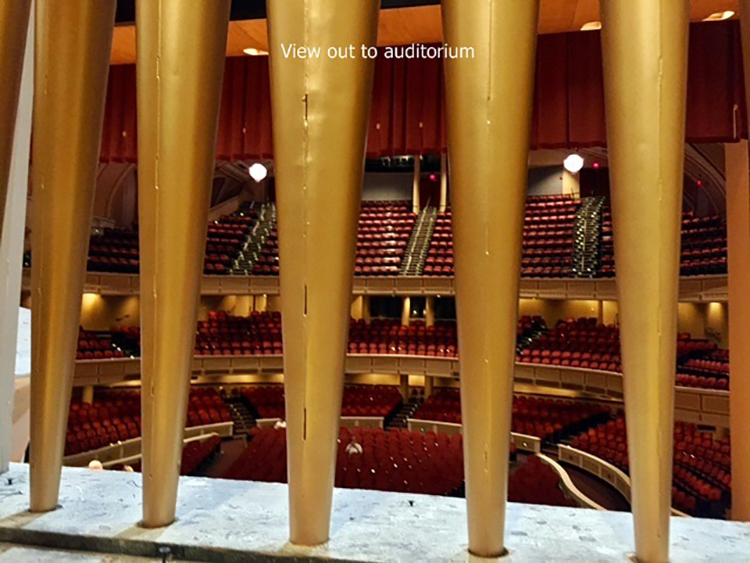 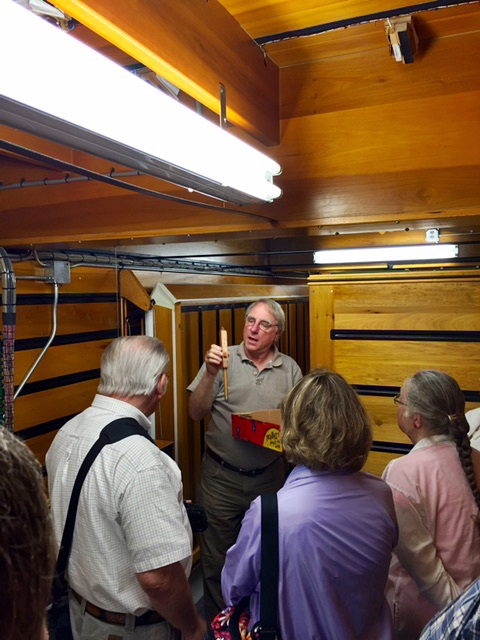 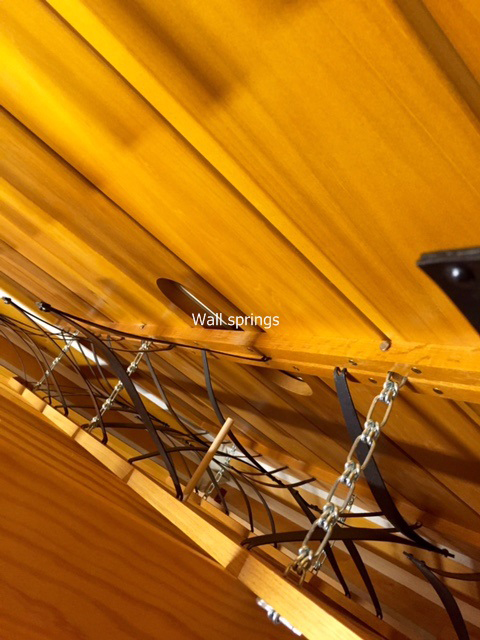 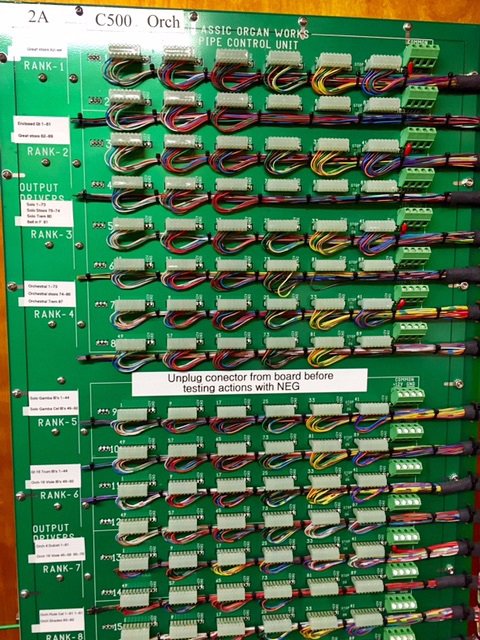 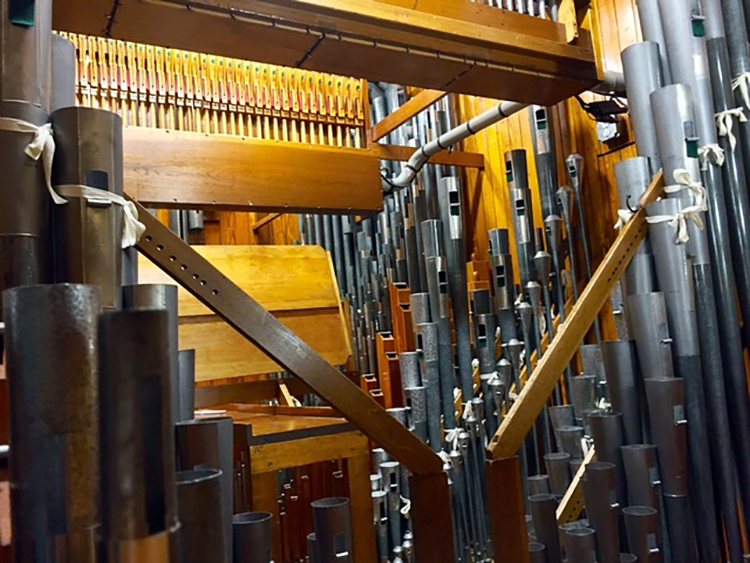 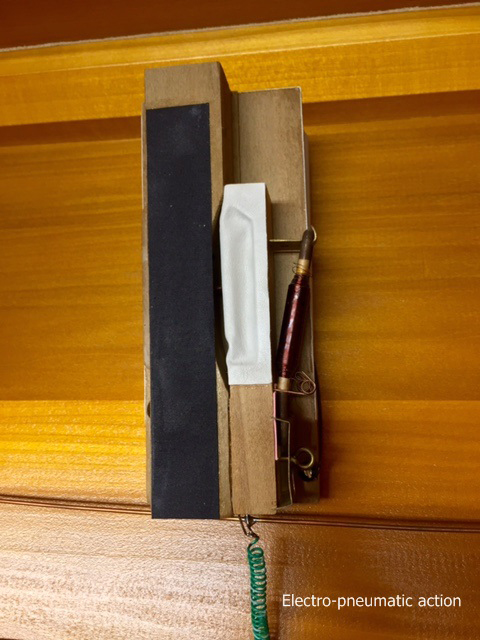 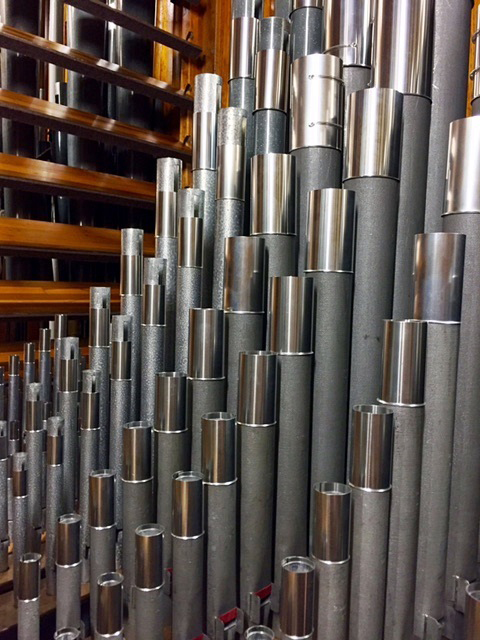 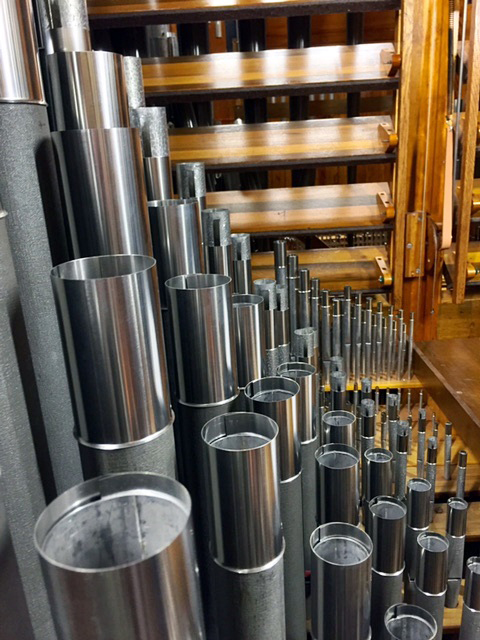 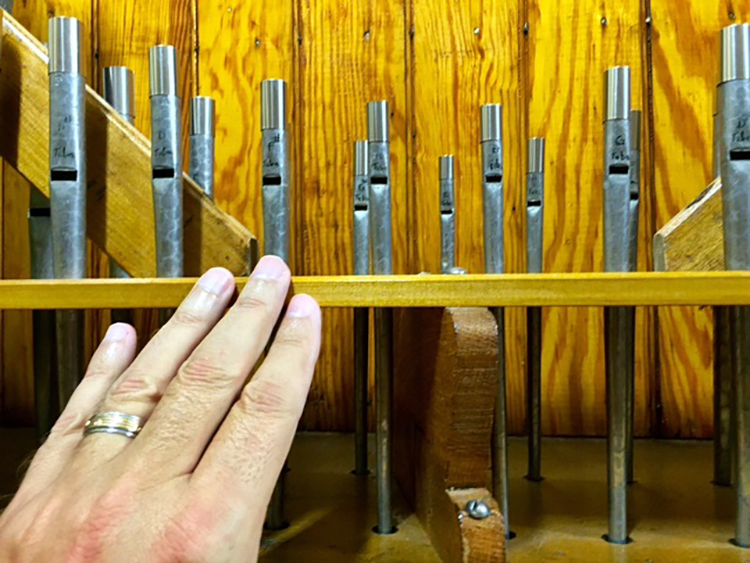 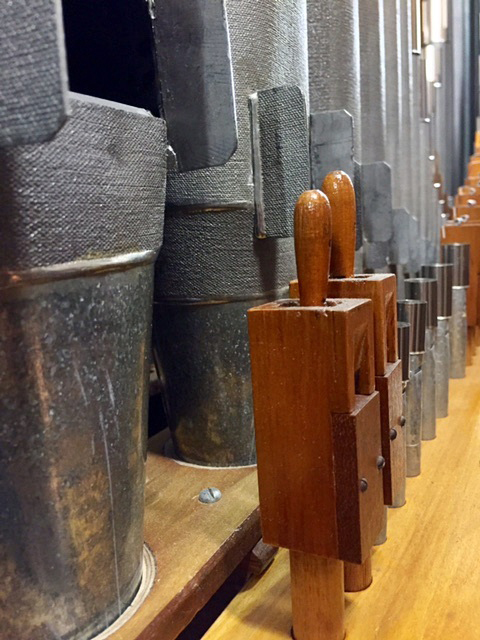 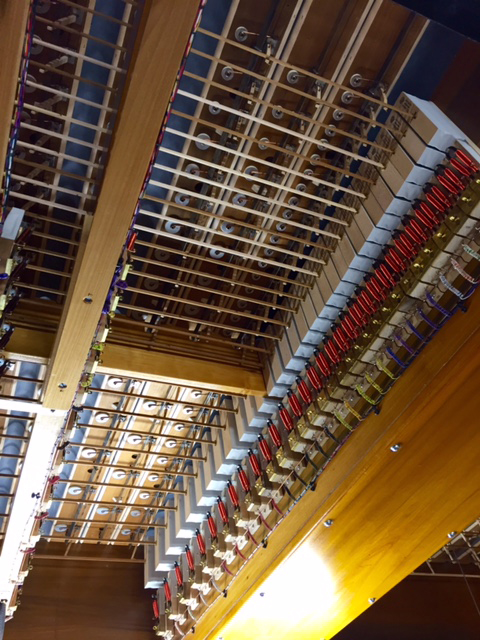 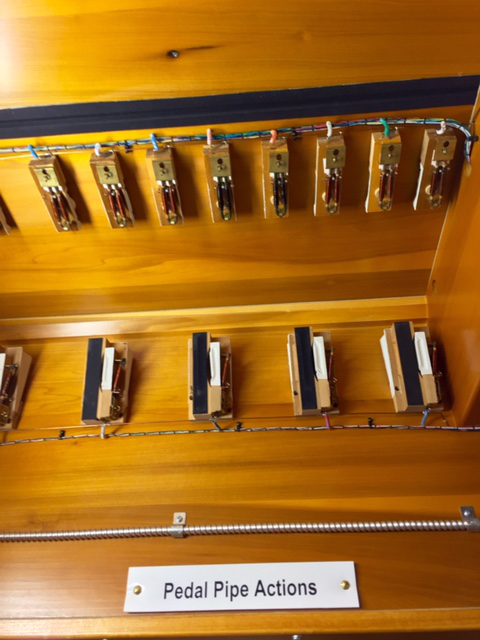 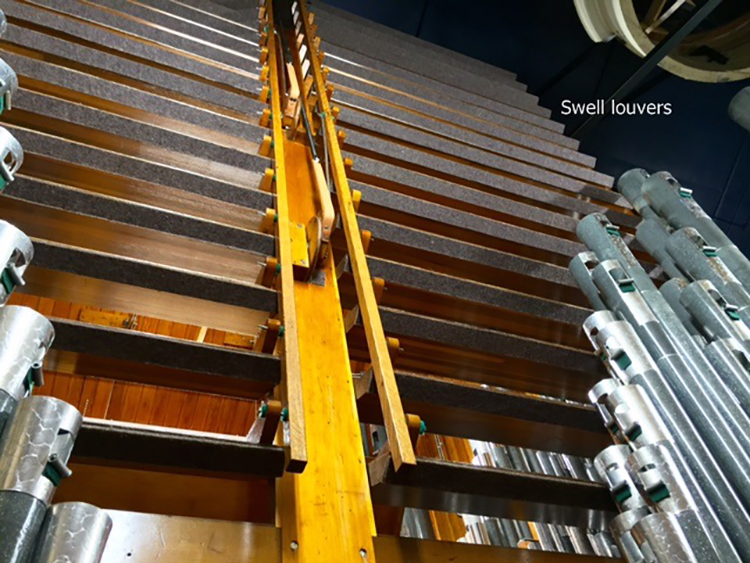 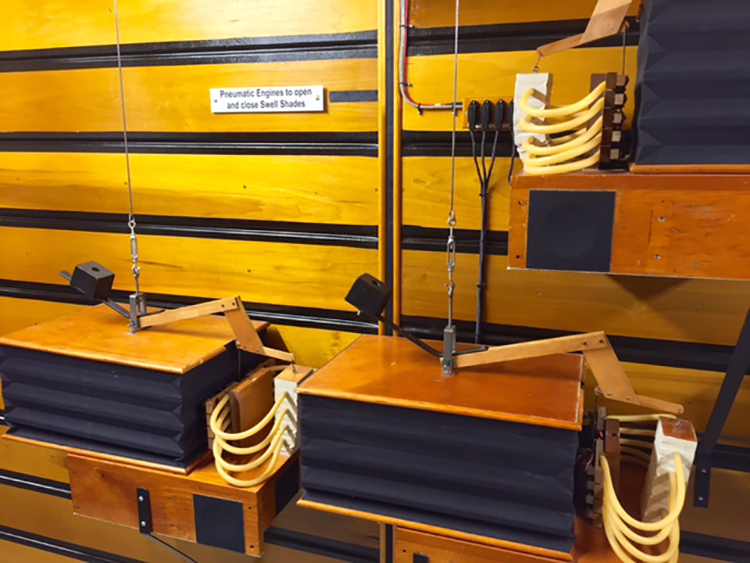 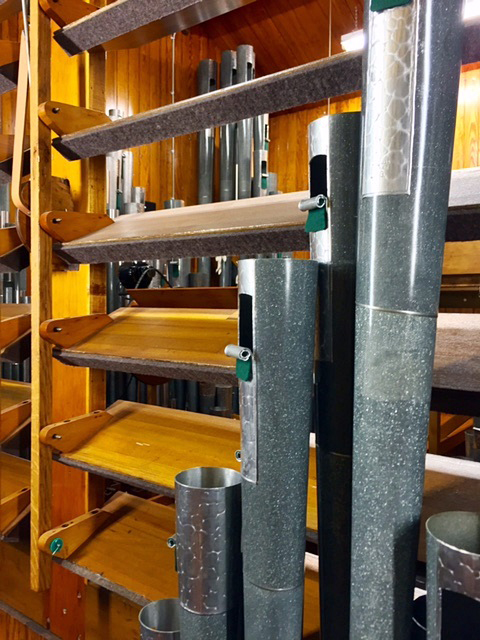 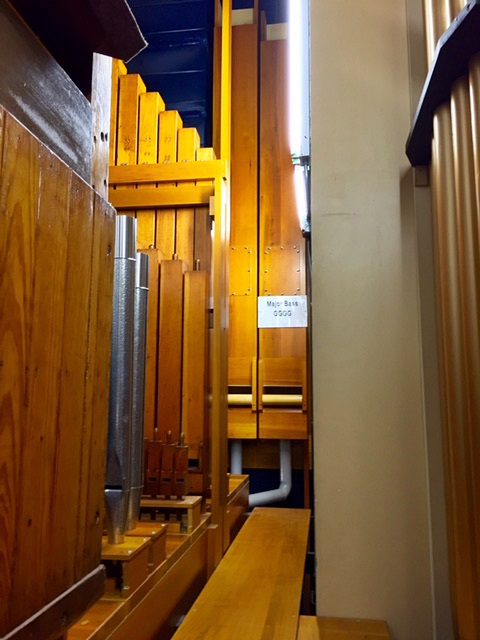 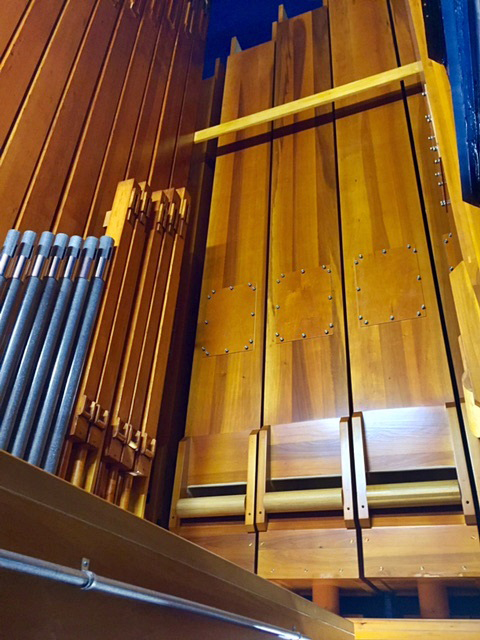