Up NextDante: Networked AV Distribution – Q&A with Audinate’s Brad Price
A passing comment about tube amplifier burn-in. I have noticed, that on multiple vacuum tube power amplifiers, the sound of the amp changes considerably during the first 50 hours (or less) of use.

But once the power amplifier has some running time (anywhere from 10 to 150 hours of use), the frequency response becomes more linear, but at the expense of dynamics and transparency. This is usually NOT a subtle change. The amplifier may still sound “good,” but never again like it did when it was brand new.

Why is this so? Initially, I hypothesized that the resistors and capacitors were changing their sound during the “burn-in” period, but I’ve never found a single solid-state power amplifier that displayed this magnitude of change. So I’m left to speculate, instead, that it’s the output tubes themselves that cause this. Why not the driver or splitter tubes? Because tube preamplifiers (in my experience) don’t exhibit this phenomenon, or at least not to the same extent. This theory is easy to test for yourself – Get a new tube power amp, let it burn in until the initial “bloom” has passed, and then plug in a brand new set of output tubes. 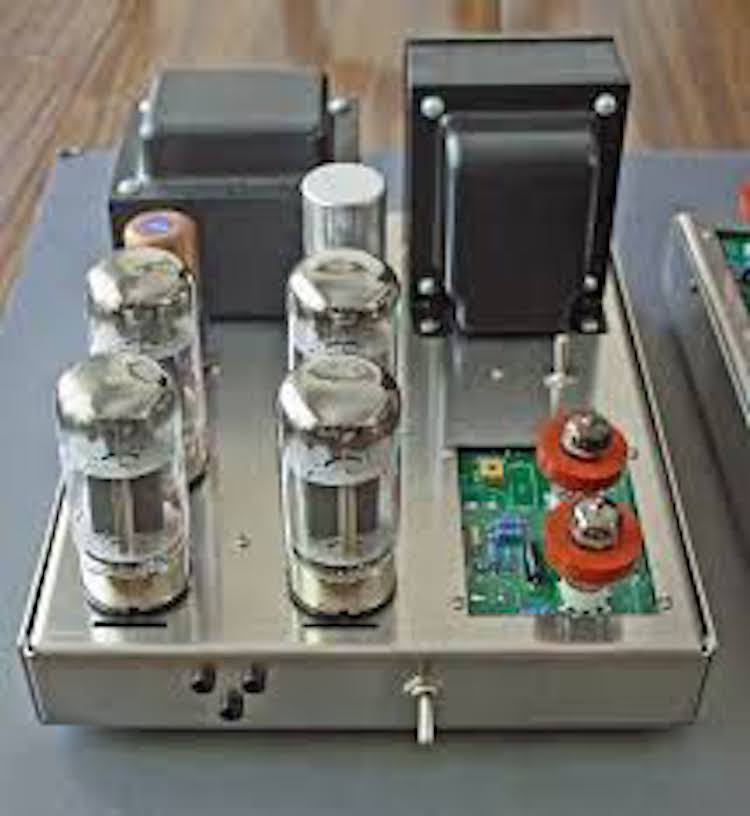 There is a factual basis for my theory: Vacuum power tubes change considerably during their first few hundred hours of operation. Things including the vacuum composition within the tube itself and the cathode surface, itself, whose characteristics measurably change in early use. In fact, those things continue to change throughout the service life of the tube, although the early changes are the most significant. Tube changes are more significant with big power tubes because they not only carry more current but also run hotter.

Tube power amplifier designers account for this by tuning their circuitry for the average of wear-conditions over the life of the tube. But despite this, there will be far greater variability in the tubes themselves than what a solid-state designer would have to design for. For example, the same KT-88 tube from different manufacturers would have greater variability than an identically-numbered output transistor from different manufacturers. Additionally, tube amp users have the ability to “tube roll,” inserting tubes that, while pin-compatible, do not have the exact amplification curve that the designer expected.

The sound of tube circuitry also tends to be affected by the type of circuit design. For instance, a tube used in triode mode tends to introduce different colorations than would an identical tube used in pentode mode. So tube circuits, regardless of design, are at the mercy of both the tube manufacturer and the consumer, who may opt to use tubes other than the models that the circuitry was specifically designed for. 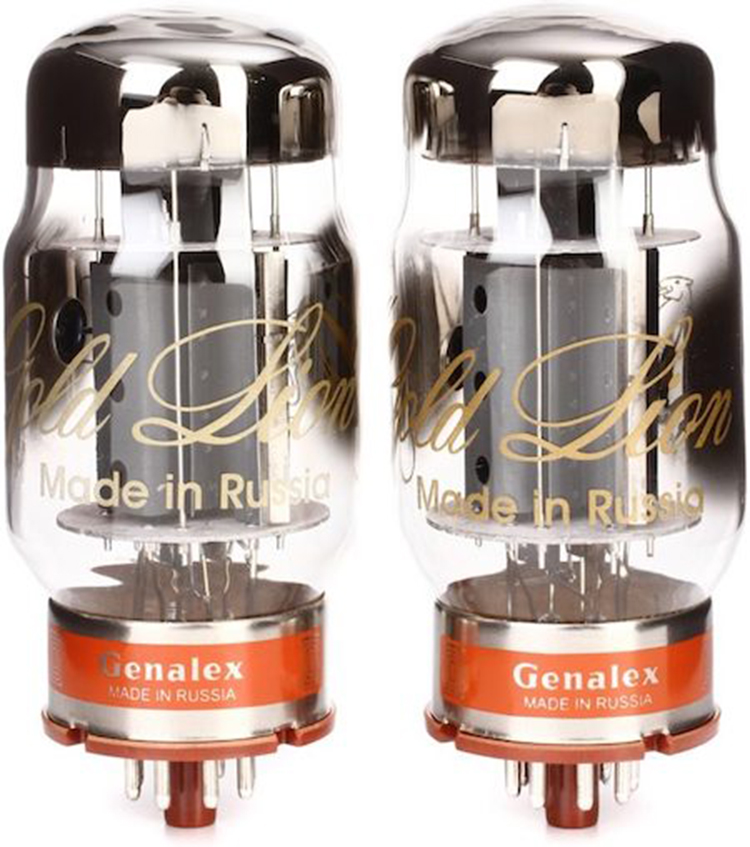 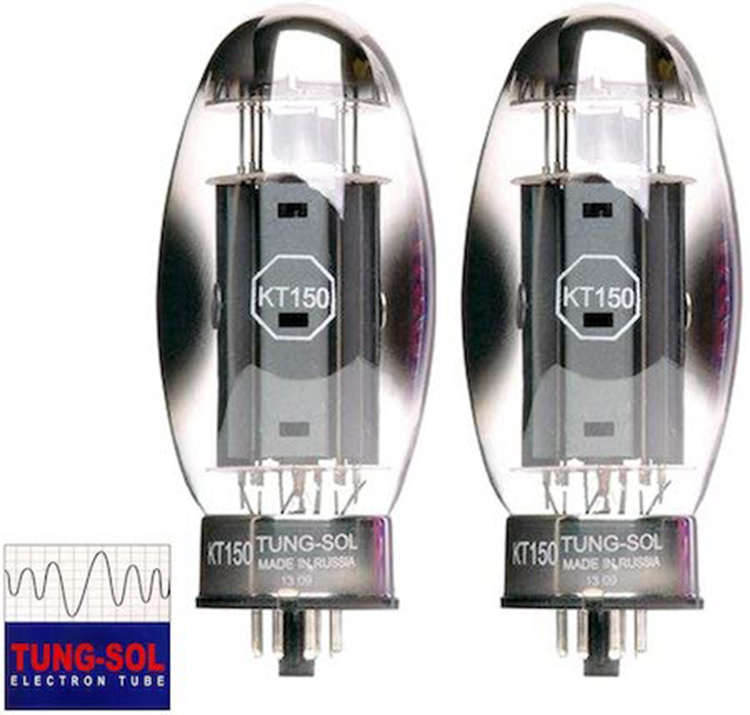 I’ve also noticed that the greater the number of output tubes, the greater the audible change that occurs during the “burn-in” period. A tube power amplifier with, for example, eight or even four output tubes per channel exhibits this phenomenon to a significantly greater degree than an amp with only two output tubes. 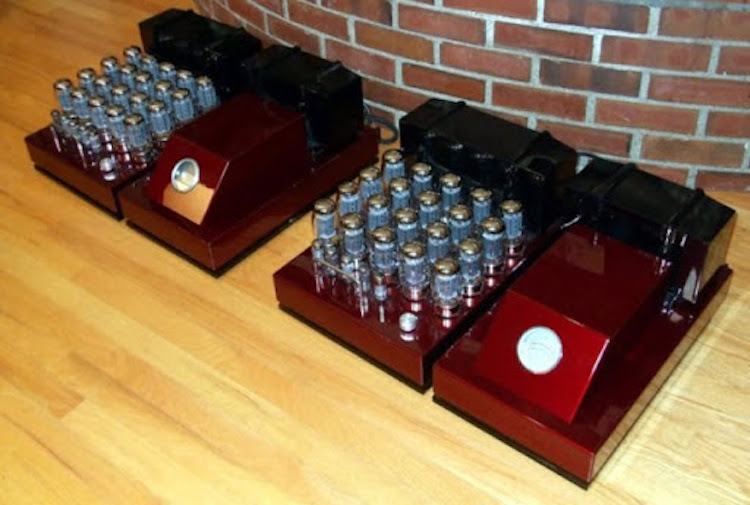 In fact, I’d almost propose a strong inverse correlation between the number of output tubes and how good the amplifier will sound once fully broken in. The very best sounding tube amplifiers that I’ve owned have all had only two output tubes per channel. Of course, this limits the ultimate output wattage available, but to my mind, I’d rather have better sound than more watts. But that said, I’ve owned only a few tube power amplifiers with more than two output tubes per channel, so take this idea with a strong grain of salt.

I’d also say that the more power output per tube, the greater the audible change during the burn-in period. An amplifier that outputs 40-Watts per pair of output tubes has less “break-in difference” than another amplifier developing 60-Watts from the same two tubes. In other words, the “hotter” an output tube is run, the greater the “break-in difference.” I own one pair of 12-Watt tube amplifiers using two tubes per channel. At this low power output, the burn-in difference is minimized, and the amp continues to sound exceptionally dynamic even after the original hours have passed. 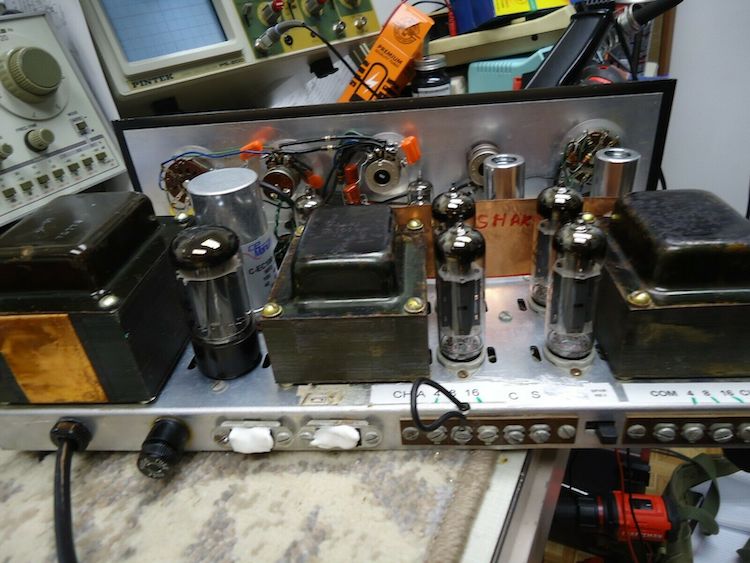 For those unwilling to tolerate audible changes during break-in, may I recommend solid-state amplifiers which (to my ears) don’t exhibit this phenomenon to the same extent.