Up NextRIAA Vinyl Sales Q&A with McIntosh Group CEO Jeff Poggi
The question is often asked, how much amplifier power do I really need?

Is my 80-watt per channel AVR going to drive my speakers to an appropriate listening level? One way to answer the question is to use one of the many calculators available. My favorite discussions on this topic and the associated calculators are at: https://www.crownaudio.com/how-much-amplifier-power Or: http://www.acousticfrontiers.com/2013322spl-calculator/

But using such calculators may not reveal why you need a certain amount of power for a given set of circumstances. So, let’s use math to look at this question in a few simple steps. For illustration, we will use the Polk LSiM towers and bookshelf speakers that I own and use in my home theater. 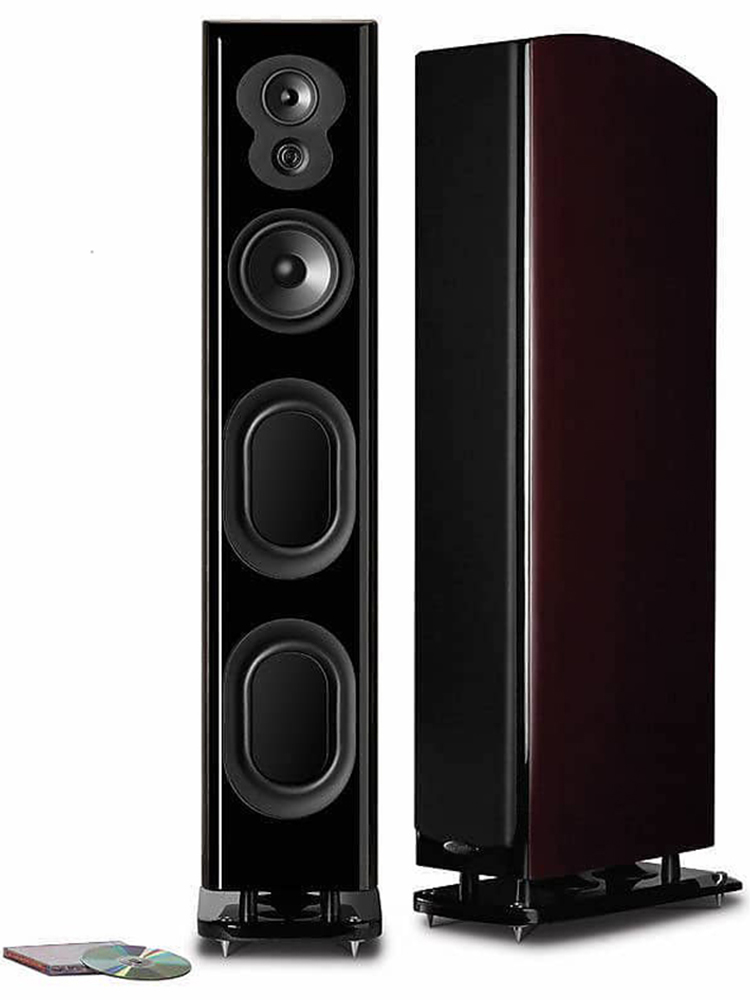 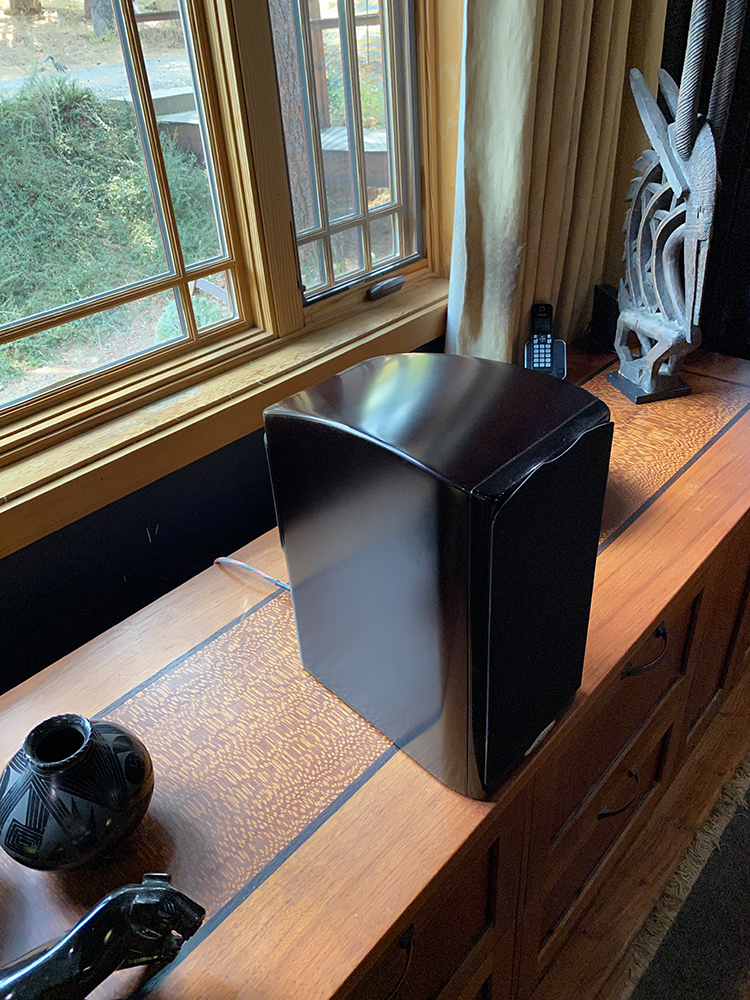 Polk specifies the sensitivity of the LSiM speakers as 88 dB at 1 meter and 2.83V (not 1 watt). This spec is a bit of a complication right away and that will be discussed below, but for now let’s assume that with 1 watt of power from the amplifier, the LSiM speakers produce a Sound Pressure Level (SPL) of 88 dB for someone sitting at 1 meter or about 3.28 feet from that speaker. That is a pretty loud level, 3 dB above the 85 dB reference level used in movie theaters, but only for someone setting 3 feet from the speaker.

Let’s move back to a more reasonable listening position, say four times further way, or 4 meters (13 ft). According to the inverse square law (SPL drops off with the square of the distance), every doubling of the distance drops the SPL by 6 dB, so at our 4 meter seating distance our LSiM speaker is producing a nice loud, but comfortable, 76 dB SPL (88 minus 12) with only 1 watt of power from the amplifier! (It is probably more like 2 watts, see below.)

But that is only if you like listening to a single frequency at a constant level as that is the way speaker sensitivities are typically tested. With music and movie content, we have to allow for transient or peak levels that are 10 times or 20 dB above the average or RMS (Root Mean Square) level of the music in order for the sound to be reproduced without compression or distortion. Movies are mastered with their 85 dB reference SPL at 20 dB below the peak level to make sure that loud noises, special effects, or loud music are accurately reproduced. If you want your system to accurately reproduce these sounds in your room, the requirement for 20 dB more SPL to handle these loud sounds actually requires 100 times more power from an amplifier. So, to accurately reproduce the reasonably loud, but modest 76 dB SPL (with 96 dB peaks) at our seat 13 feet from the speaker, the required amplifier power is now 100 watts (100 x 1 watt).

Now let’s say you want to show off your system to friends and show a movie at reference level for a movie theater or 85 dB SPL with 105 dB peaks. The math says that the additional 9 dB of SPL requires 8 times more power, or 800 watts from the amplifier, to accurately reproduce the loudest sounds in the movie or music without compression. So, it is easy to see why people want more that 100 watts per channel if they enjoy pushing their system occasionally.

So, what happens if you only have a 100-watt per channel amplifier? You can turn up the sound and it will sound louder, perhaps quite a bit louder as the transients may now be clipped or distorted and we have learned to hear that distortion as representing a loud sound level. Turning up the volume until you hear distortion is something we have all done, and a higher power amplifier may not sound as “loud” at a given average SPL as a lower power amplifier, but it will sound more like live music and be a more accurate reproduction of recorded sound. (As is often pointed out as well, such distortion does send more energy to the tweeters and can result in the tweeters getting burned out.)

Let’s get back to that Polk sensitivity spec of 88 dB at 1 meter and 2.83 volts, whereas typically speakers are to be specified at 1 meter with 1 watt of power from the amplifier. 2.83 V is the same a 1 watt into an 8-ohm speaker, but not for a 4-ohm speaker, where a 2.83 V signal would draw 2 watts from the amplifier. While the Polk LSiM information sheet lists the speakers as “compatible w/ 8-ohm outputs ”, the very positive Sound and Vision review of the LSiM speakers in June 2012 listed their nominal impedance as 5 ohms with a minimum impedance or 2.86-ohms at 66 Hz. So, it is reasonable to assume that when producing the specified 88 dB SPL with 2.83 volts, the LSiM’s were drawing closer to 2 watts from the amplifier rather than 1. Put another way, the LSiM’s sensitivity driven with 1 watt would be 85 dB, and all the power calculations above would need to be doubled to account for the real power draw or sensitivity of the LSiM speakers. That would mean 200 watts for a modest 76 dB SPL without distortion and 1,600 watts for that 85 dB reference level!

Now let’s work in the other direction. In a real room, the SPL does not fall off a fast as the inverse square law would predict, as reflections and reverberations reinforce the direct sound. Plus, it is not fair to assume that in most passages a single speaker has to reproduce the desired sound level, and typically a subwoofer or two are providing a lot of the oomph in the loud passages, relieving the load from the other speakers. Not only that, but an amplifier’s power rating is typically specified as RMS or average power, and most amplifiers have some ability to reproduce short-term spikes a few dB above the average power. Also, many amplifiers will put out more power into a 4-ohm load than 8-ohms, but typically not twice as much. Ironically, the best amplifiers with the largest and “hardest” power supplies have less dynamic headroom above their RMS (average) rating than less expensive amplifiers, but they also have higher RMS power ratings. 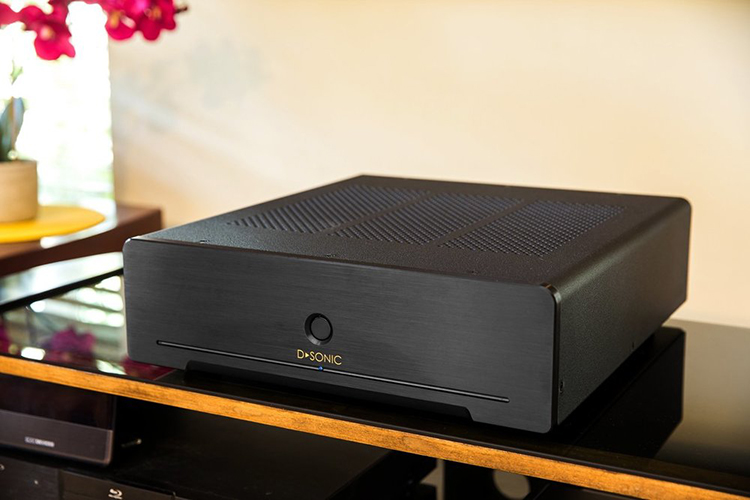 So, in reality, a few hundred watts per channel is likely to do the job with the LSiM speakers and 800-watts per channel, e.g. the D-Sonic amplifier I use to drive my speakers, is not totally ridiculous.

It actually sounds very good, and on occasion, I do enjoy cranking it up and do hit reference levels with 105 dB transients!