Up NextA word about the current state of audio shows.
These are the days when anything goes (with apologies to Sheryl Crow)….

Every audio system can supposedly be enhanced with the newest electronic gadget. And the variety, price, and sheer abundance of gadgets just grows and grows and grows.

Once upon a time, every audio amplifier had a phono input – for monophonic ceramic cartridges. And then the moving magnet transducer burst upon the audio scene with RIAA equalization and not one but an unimaginable plentitude of TWO discrete channels. Shortly after, the quadrophonic cartridge was introduced with its own decoder now offering FOUR channels of audio program.

Not to be dismissed so easily, though, the stereo contingent fought back with the lovely high-end extension of the (now lower output) moving-coil stereo cartridge. And along with that came the entire pantheon of moving-coil step-up transformers, and electronic pre-preamplifiers. I remember fondly the Sony HA-T10 transformers and the Mark Levinson moving coil pre-preamp. These devices still needed the RIAA equalization and phono input of the typical receiver or integrated amp, though. And those were the SIMPLE old days.

When the digital revolution rolled through in the mid-1980s (along with the vilest sounding audio electronics ever sold – remember the Technics by Panasonic receivers with 0.000001% total harmonic distortion – achieved by odious amounts of negative feedback that caused the most brittle high frequencies known to man). The “perfect sound forever” of 16/44.1 audio launched itself atop the “everything should sound crisp and clean” hubris of the 1980s audio scene. Alas, poor Yorick – though my lady should put on paint an inch thick to this favor she must come (and even decades after, thine ears burn yet…). 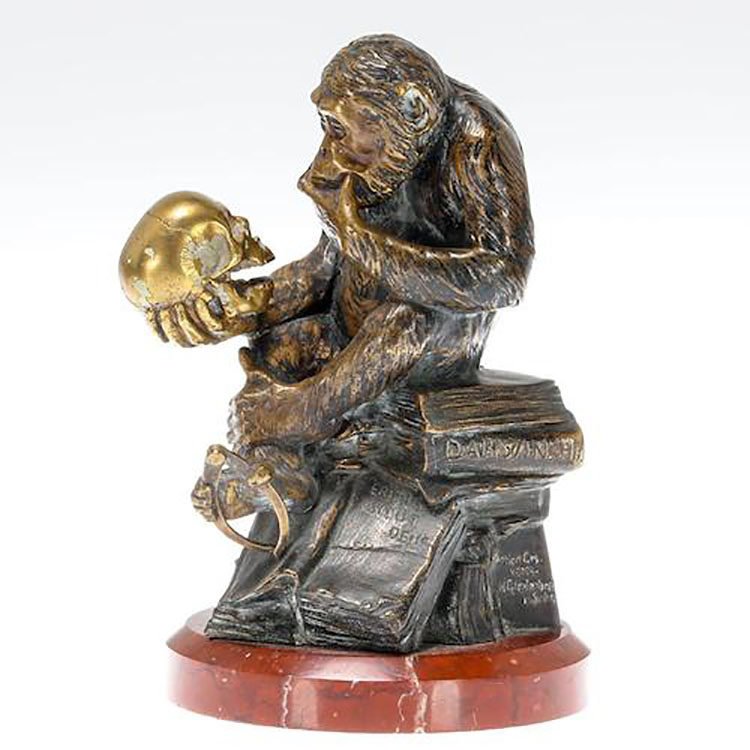 But enough of history – how much can complexity add (or subtract) from the 21st Century audio system? And, more to the point, when adding complexity, what do you lose (if anything) in terms of sound quality? Enquiring audiophiles want to know!

Starting at the front end:

Many of us use a spare computer as a music server. The variety of server software available is prodigious, with Roon and J-River Media Center or even Audirvana probably leading the pack. So, if you also want internet streaming services (TIDAL, Amazon, Apple, Qobuz, etc.) your server computer usually suffices. But once you have that software installed, you need a way to stream from wherever the computer physically resides to wherever your audio system lives.

For most of us, this means we also need a streamer (or in Roon-speak, a “destination”). This device receives the signal via Ethernet or 802.11 (usually) and exports a digital signal via TOSLINK optical, USB, Coaxial PCM, ABS/EBU, or HDMI to your Digital to Analog converter (DAC). This can be a DIY project like the Raspberry Pi (about $100), an intermediate solution such as the Bluesound Node 2i (about $550), or a marriage wrecker like the Lumin X1 Networker (about $14,000). 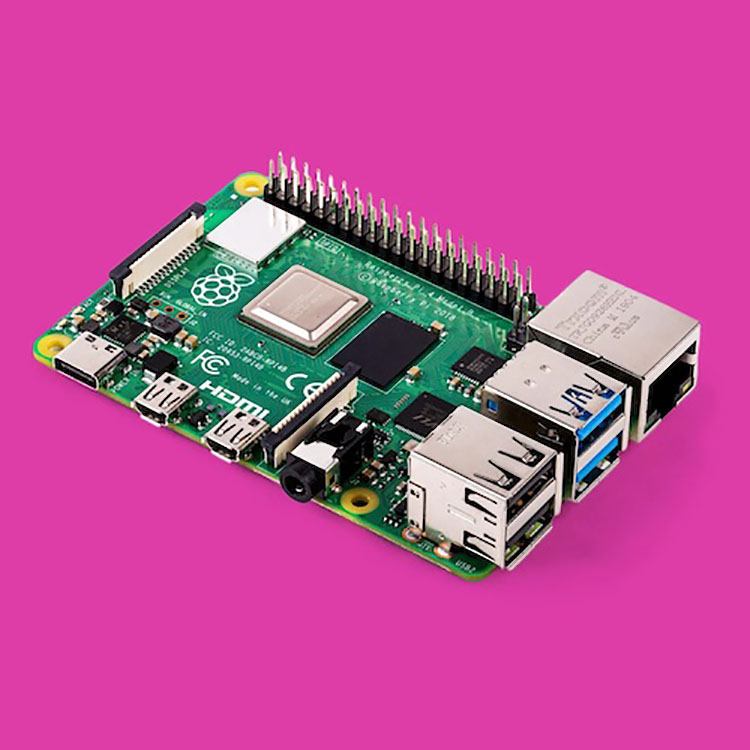 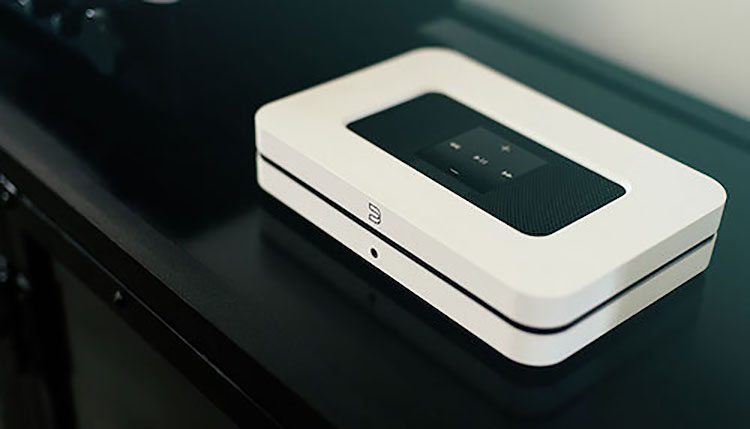 But in some cases, you aren’t getting an amplifiable audio signal from a streamer. You still need a DAC. Again, DACs run the price gamut from the $100 Audioquest Dragonfly through the Schiit Ygdrassil (about $2,500) to the T+A SD3100 HV (for about $35,000). Alas, in DACs as in streamers, there is an inverse exponential curve relationship between price and performance improvement. After a certain price plateau, the performance improvements are smaller and smaller while the price differences are greater and greater. Not to say that you shouldn’t shoot the moon if you want to and can afford it but be aware of what you’re getting for all that extra cash. 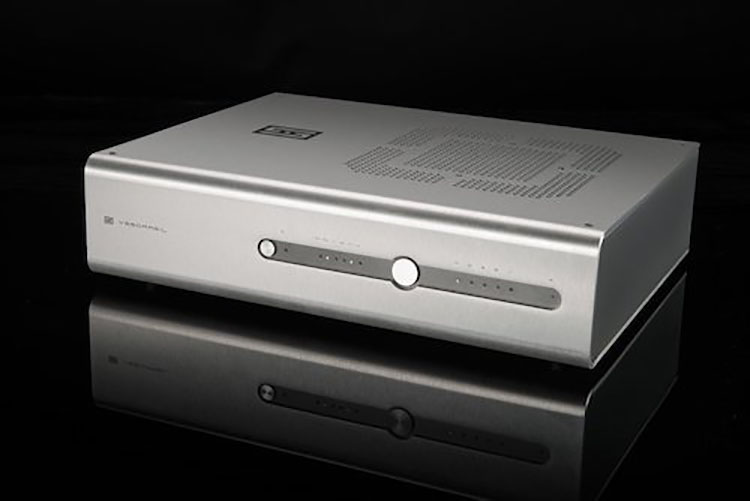 So, beyond the essentials, mentioned above, what improvements are available? What do they do? And perhaps, most importantly, what do they NOT do?

I’d break the market down into several broad categories:

And I probably missed a few. Note that these categories CAN overlap and that the promotion of snake oil is not unique to any single category.

The value (or damage) of frequency equalization depends on whether the equalization is being done in the analog or digital domain. For digital equalizers (commonly called digital signal processing or DSP) the extra A-D / D-A conversion is the negative side of any potential benefit. Additionally, parametric equalizers are particularly brutal with phase shift and ringing issues.

But even if equalization is done on the analog side, the phase-shift inherent in steep filters can be audible too. A simple bass/treble set of analog controls is unlikely to do significant harm. But if you’re using a 31-band, 1/3-octave pro equalizer, the band filters are very steep, causing a lot of phase shift. I’ve found the four-band Schiit Loki equalizer to be fairly benign, but the more bands of analog equalization you’re applying, the greater the chance that phase shift (or even uneven slopes caused by inexpensive parts) will make the equalization’s side effects audible.

There’s a long history of trying to expand soundstage via electronic trickery. Back in the day, the passive Hafler soundstage enhancer purported to provide a wider and deeper soundstage by mixing out-of-phase material from the opposite channel into the base right and left channels. Other attempts came on the scene, each with their own brief period of acclaim, only to fall by the wayside after their shortcomings were more widely discussed. The Carver Sonic Holography device was an example of these. Many claim that the Sonore Micro-Rendu and other similar devices also had some spatial enhancement effects.

But with every device yet developed, there have been negative effects along with the positive ones. The audiophile community has never accepted any of these devices as being truly high-fidelity due to their unwanted side effects.

From the ubiquitous tube rolling practiced by the thermionic contingent of the high end to the replacement of non-polarized electrolytic capacitors with film caps, parts upgrades have been a perpetually popular way of improving sound. Back in the early days of vacuum-tube audio, this was likely a very effective method. At that time, parts quality was relatively questionable, parts tolerances were poor, and the simple circuitry of the vacuum tube era used a minimum of components. The low parts count caused the sonic effect of each individual component to be much greater. One could hand-solder a new plus-or-minus one percent resistor onto a board that previously used a plus-or-minus 10 percent one and be relatively sure that the original design was now more accurately implemented.

But with the surface mount technology of today’s miniaturized components, such modification is generally beyond the capabilities of the do-it-your-selfer. Additionally, the circuit complexity has grown by orders of magnitude, making the effect of any single component not only less audible but also less impactful on the overall reliability of the circuit.

Can cables sound different? Yes, they can. Those who deny this basic fact can delude themselves into thinking that lamp cord is the pinnacle of audio connectivity. It isn’t. But the fact that one cable can sound different from another does NOT automatically mean that it sounds better. Many companies selling cables (and particularly expensive cables) like to ignore this fact. This isn’t to say that expensive cables can’t sound good. Many think they do and are willing to back up their opinions with their wallets. But before spending any significant amount on wires, it is the consumer’s responsibility to assess (with scrutiny commensurate with the asking price of the wires) whether the product on proffer actually sounds better, or just different. One can quickly spend a LOT of money on wires, and you, the consumer, need to fairly evaluate what you’re actually getting before offering up your credit card.

These can run the gamut of “Amazing!” to “Why did I waste my money?” Cheap room treatments (self-adhesive squares of egg-crate foam) generally don’t work too well. Sound absorbers with some depth to them work much better but aren’t cheap. There are two factoids of good information to be had here:

This category includes everything from meatier fuses to bits of tin foil that you’re supposed to scatter around the room. Some companies sell metal resonators that you can put on your components or about the room. You can also get slabs of scrap metal prettily encased in fancy woods to set on top of your electronics. One of the more popular categories is small metal cones that elevate your components and provide a physical vibration sink to drain harmful vibrations away from your gear. Do any of them work? It’s possible that some do, but not likely for the reasons expressed by their manufacturers. For those devices that DO make an audible difference, you also run up (again) against the hard question of, “Are these making the sound better or only different?” The higher the price of the item, the more the consumer should apply critical analysis before purchasing the item.

And finally, it must be said that there’s no free lunch. Virtually every one of the items discussed can cause damage to your sound just as easily as it can improve it. I know that it’s scary, but YOU and your own ears are the final arbiters of what is worth money and what isn’t. If you can’t hear a difference, if the difference is so small as to be questionable, if the effect is different, but not better, or if the item is a budgetary stretch, then you should think twice (at least – maybe thrice or four times) as to whether this item is really worth your money.

Of the items discussed, the one that I’d recommend without much hesitation is room treatments, specifically in the form of sound absorbers, sound diffusers, or bass traps (in that order). These make readily audible differences in the sound, are usually beneficial, and even a few make a more audible difference than the rest of the items discussed in this article combined.

But that’s just my opinion. My opinion and a buck will buy you a cup of McCoffee®. The bottom line, ultimately, is that YOU have to listen for yourself and decide based on what you’re hearing. The best advice I can give you is to NOT make a quick decision on any audio improvement purchase. Sleep on it (maybe even for a few nights) before deciding. Is this item REALLY going to improve your system? Can you REALLY hear a positive difference? Is this item a cost-efficient way to improve your system or would the money be better spent elsewhere (or even, not at all)?

We all want more realistic sound (and video) because we love music (and movies). But many music lovers get caught in the constant churn of buying something they think will bring them closer to the music only to be eventually disappointed. When this comedown occurs, they often sell what they just bought (at a loss) and go looking for the next big thing that will improve their audio system.

This way lies madness! One of the first lessons for audiophiles is this: No reproduction system will ever be like live sound. Symphony orchestras are often recorded with dozens of microphones, but you only have two ears to listen to it in person. You wouldn’t want a rock band or a symphony orchestra in your living room anyway. Live music and music reproduction are different experiences. Learn to appreciate them both for what they are.