Up NextSignal to Noise: Adventures in Audio Vol 1

Instead of using a box to contain the drivers, an “open baffle” speaker is merely a flat board with the drivers installed in it (see photos below).

Is this better than a box? Though open-baffle-style speakers, including bipolar and dipolar speakers, DO offer some unique installation challenges, they also offer some pretty amazing advantages, particularly in soundstage size. 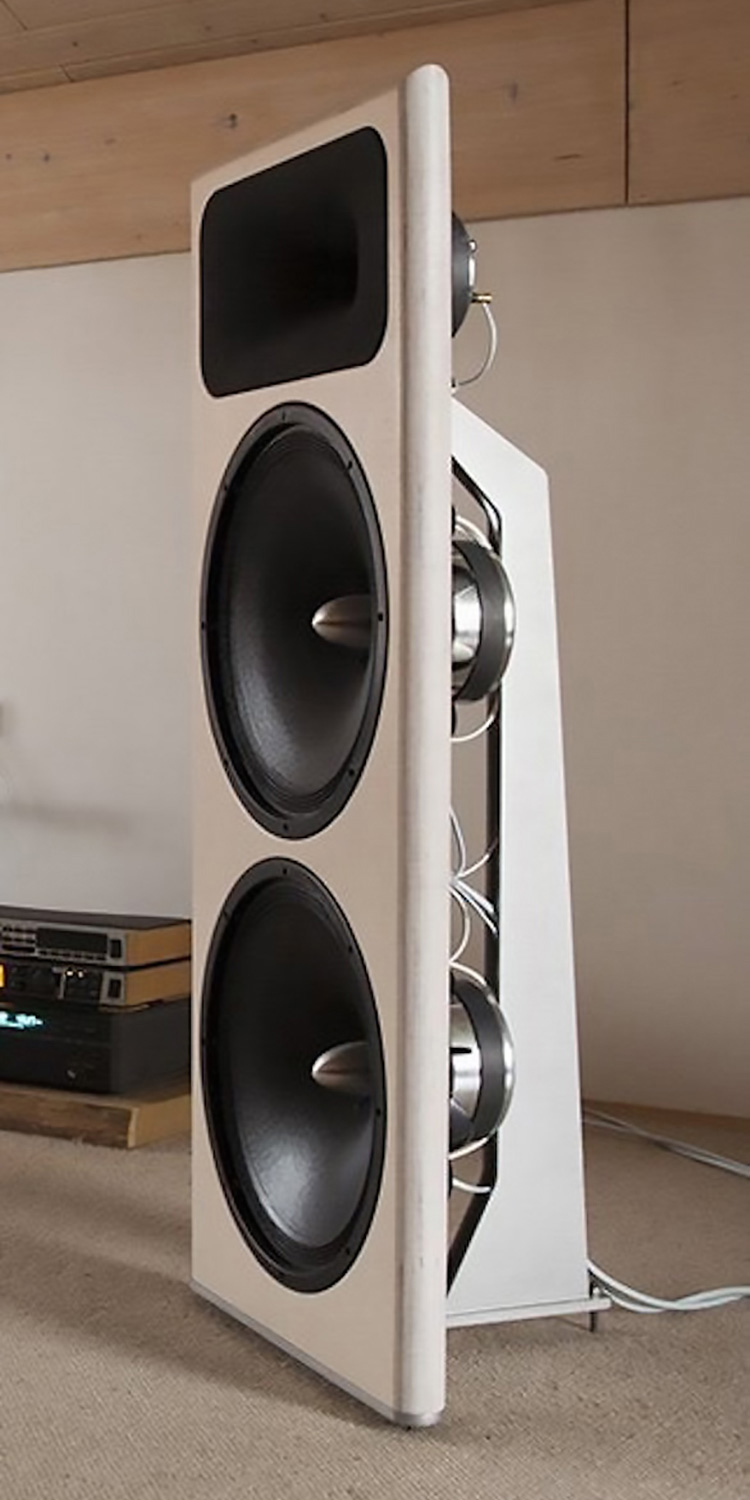 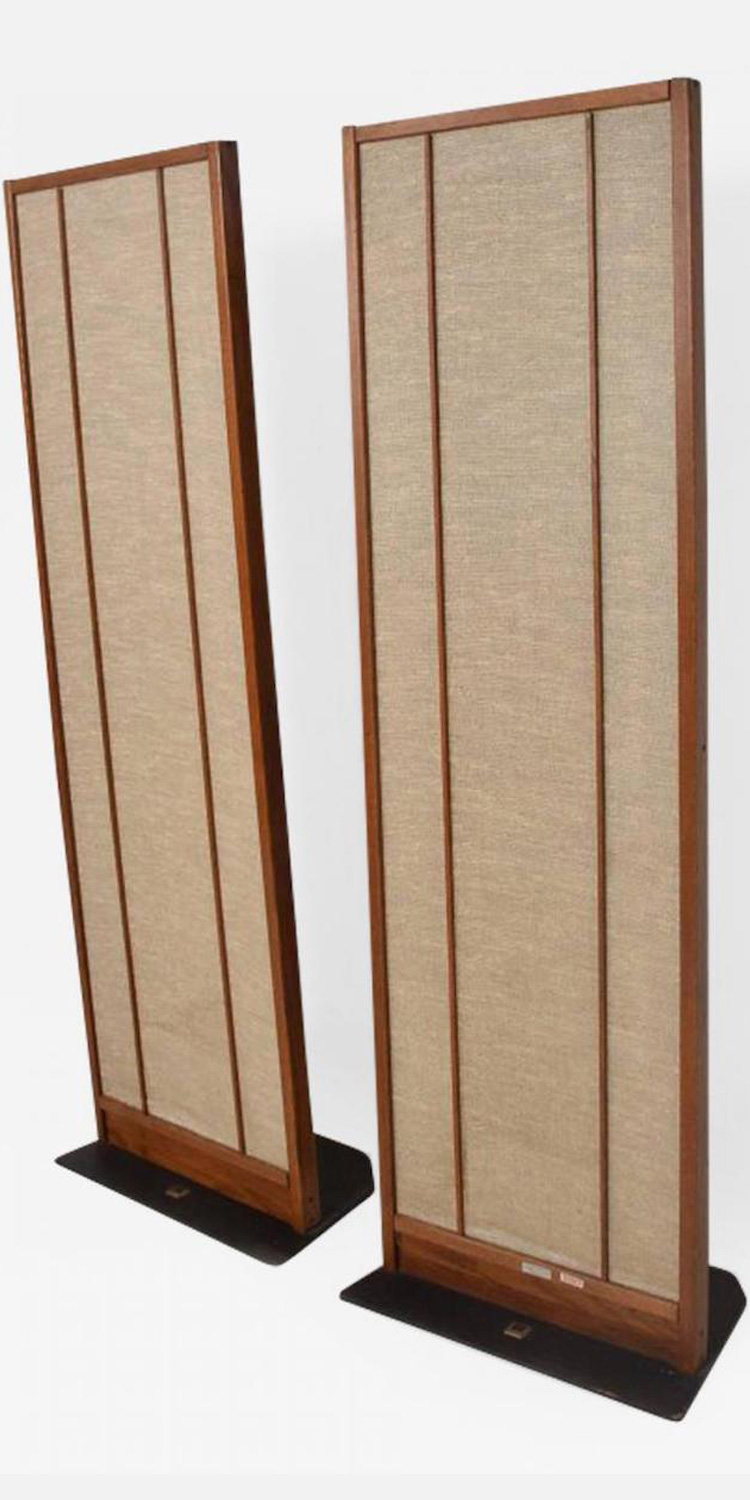 To clarify before we get started, a dipolar speaker is one that generates the same sound pressure level from both the front and the back, with the two being out of phase with each other. In other words, if the front of the speaker is “pushing air out from the speaker,” then the backside of the speaker is “pulling air into the speaker.” Think of this as having a sheet hung on a clothesline. If you hit the sheet in the middle, one side goes out, the other side goes in. That’s a dipolar speaker. An open baffle speaker is a good example of this type. Electrostatic and planar-panel speakers (like Magnepans) are other good examples.

A bipolar speaker is one that projects sound outward both in the front and in the back at the same time (aka, same phase). Think of this as having two sheets hung parallel on clotheslines and you’re standing in between them. If you extend both your arms simultaneously, then both sheets bow out away from you. That’s a bipolar speaker.

With any of these designs, open-baffle, bipolar, or dipolar, there is always a front wave and a back wave, usually of equal amplitude. These back waves add perceived volume to the sound stage. If you’re desirous of having your music sound “bigger than the room” that you’re listening in, then these types of speakers may be for you.

However, such speakers can cause negative issues in both frequency response and in-room placement. At bass frequencies, where the wavelengths are long, the front and rear waves may well cancel each other out at some frequencies and reinforce at others. This means that bass response can be very lumpy with peaks and valleys corresponding to the cancellation and reinforcement nodes. But even with the inherent frequency response issues, having the back wave in addition to the front helps cancel out some of the room resonances. So, for bass frequencies, the back wave is a mixed bag. That’s why so many bipolar and dipolar speakers are designed for use with a subwoofer or are designed with specific digital signal processing designed to address bass cancellation.

It’s also worth mentioning that the larger the baffle plate that open-baffle drivers are mounted on, the lower their bass response will go. At any frequency lower than the baffle plate diameter, the bass response of an open-baffle speaker rolls off at 6dB per octave and must be compensated for with equalization (placing great demands on both the amplifier and the bass driver). A good explanation along with models for designing dipole speakers can be found at the late Siegfried Linkwitz’s website.

The biggest impediment to having an open baffle (or dipolar) speaker perform well in a room is that the back-wave reflections (being a larger percentage of the actual sound reaching the listener) must be symmetrical from right to left. In other words, if you have a listening room that is completely symmetrical from side to side, then your room is a good candidate for open-baffle, bipolar, or dipolar speakers. On the other hand, if your room requires you to put one speaker in a corner, and the other in front of an open door, then you’re better off with a conventional box speaker. Remember that with open-baffles, dipoles, or bipoles, the back wave is just as important as the front one. You can’t ignore the architecture and expect good results.

One might be able to apply generous room treatment in the form of absorbers or diffusers to compensate for room asymmetry and then apply electronic correction, but I’d bet that having a symmetrical room to start with would still sound better.

As to true open-baffle speakers where a single driver is used without any containment of the rear wave, a host of additional engineering problems may occur. Most woofers are designed to be mounted in a box. Unless the driver is specifically designed for open-baffle use, it is highly likely to have undesired resonances that will color the sound. Those resonances can be damped through mechanical design or through digital signal processing, but they will still be there to some extent, inherent in the design of the driver.

So, unless using some very specialized drivers are used in an open baffle, then yes, open baffle speaker systems are definitely flawed. But if the woofer(s) are specifically designed for open baffle use, and the room setup is symmetrical, and there is enough distance from the speaker to the wall behind it, then (and only then) open baffle speakers can compete with conventional box speakers.

Electrostatics and Magnepan speakers DO have woofer-panels designed specifically for open baffle use and have overcome the majority of engineering challenges that a conventional cone woofer on an open baffle must face. But both types are still prone to bass wave cancellation. Bipolar box speakers (think of Definitive Technology’s BP series speakers) also have significantly more flexibility than true open-baffle speakers and can deliver an enhanced soundstage without loss of bass performance.