MediaLight has just the solution you need with standard illuminant D65 “video white” LED strips having the high CRI (color rendering index) required for color-critical viewing. Not only are they accurate, but they are built to last with a five-year warranty. These are not the same cheap commodity LED strips that you find on other LED options, nor the color-changing lights that are incapable of generating true video white.

Larger, brighter LEDs and 50% more per meter than most strips

Certified by the Imaging Science Foundation

Endorsed by Stacey Spears and David Abrams of Avical

I’ve always been aware of the importance of bias lighting in a home theater. Movie studios go to great lengths to ensure that their production/special effects/editing/post-production equipment and facilities are designed and certified to reproduce accurate colors to reflect a filmmaker’s vision. It is also why some of us go through the effort and expense of having our HT video displays professionally color calibrated. Our Co-Editor and video-guru Chris Eberle regularly shows the benefits of calibration by example in each of his display reviews. We want to see the visual intent of what we are watching accurately reflected on the screen. Having color-correct (in this case a color temp of 6500 Kelvin) bias lighting installed behind a display helps achieve this goal in a couple of ways. First, it negates the need to have direct lighting on in the room while watching, which is probably not the right color temperature to maintain the visual fidelity of our calibrated displays in the first place. And second, it provides enough light to reduce eye strain when viewing a movie in a dark room.

Having an animation and merchandising artwork background I know the importance of reviewing artwork and photographic elements under color-correct lighting conditions. I also go through the effort of color calibrating my computer monitors regularly and controlling the lighting in my studio to produce and view accurate color for when I am illustrating digitally. This is why I have had bias lighting in my home theater for many years. 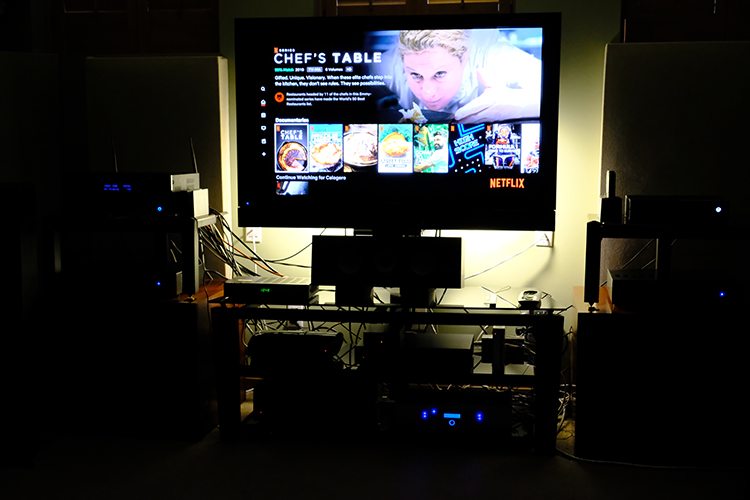 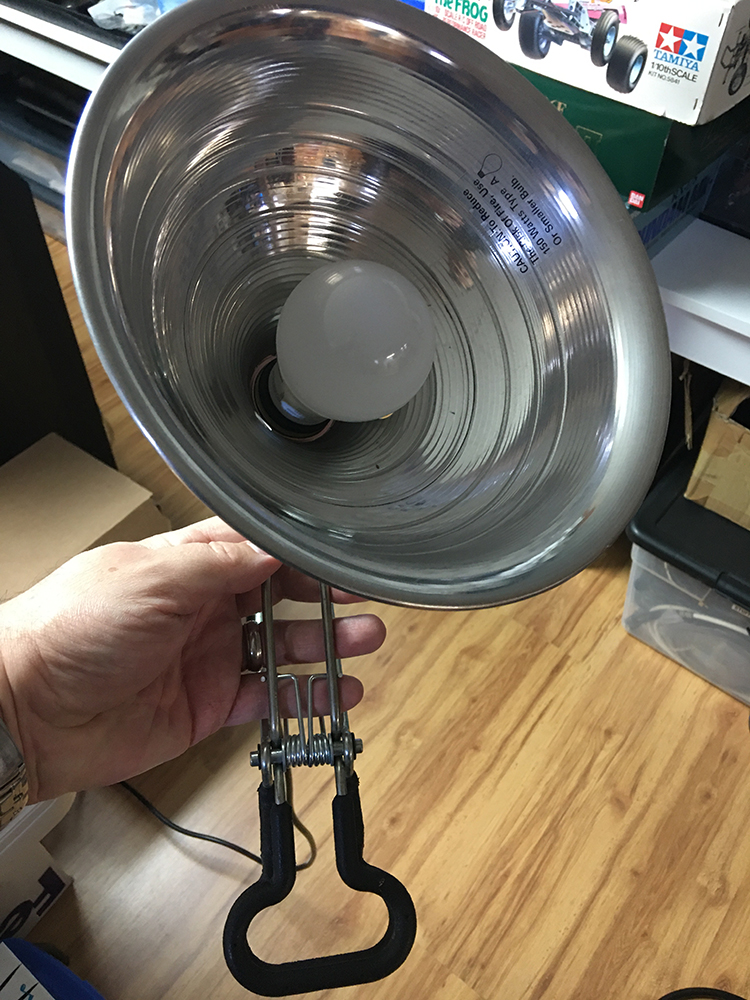 My problem was that, in the past, the expense of a proper bias lighting system was not something I could budget for. Thus, I had a sort of jury-rigged scenario consisting of a pair of workshop clamp lights with 6500K LED light bulbs attached behind my Pioneer Plasma display. As simple and affordable DIY solutions go, it did the trick, but I always knew that it could be better. I also knew enough about color temperature to see that the commercial 6500K LED bulbs that I was using were not that color accurate. 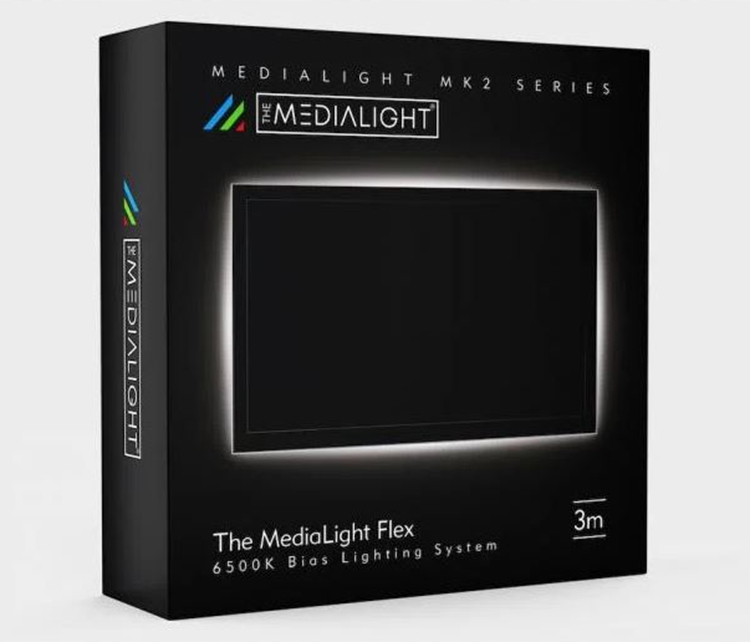 Medialight sent me a four-meter LED bias-lighting kit from their Flex MK 2 series. This is a newer and upgraded version of the MediaLight Bias Lighting System that Brian Florian reviewed for Secrets three years ago. This four-meter kit retails for $79.99 (prices range from $59.99 – $99.99 depending on length) and included everything I would need to hook up and power these lights in a variety of ways. Besides the included instructions, Medialight has several resources on their website that answered any installation questions I had. 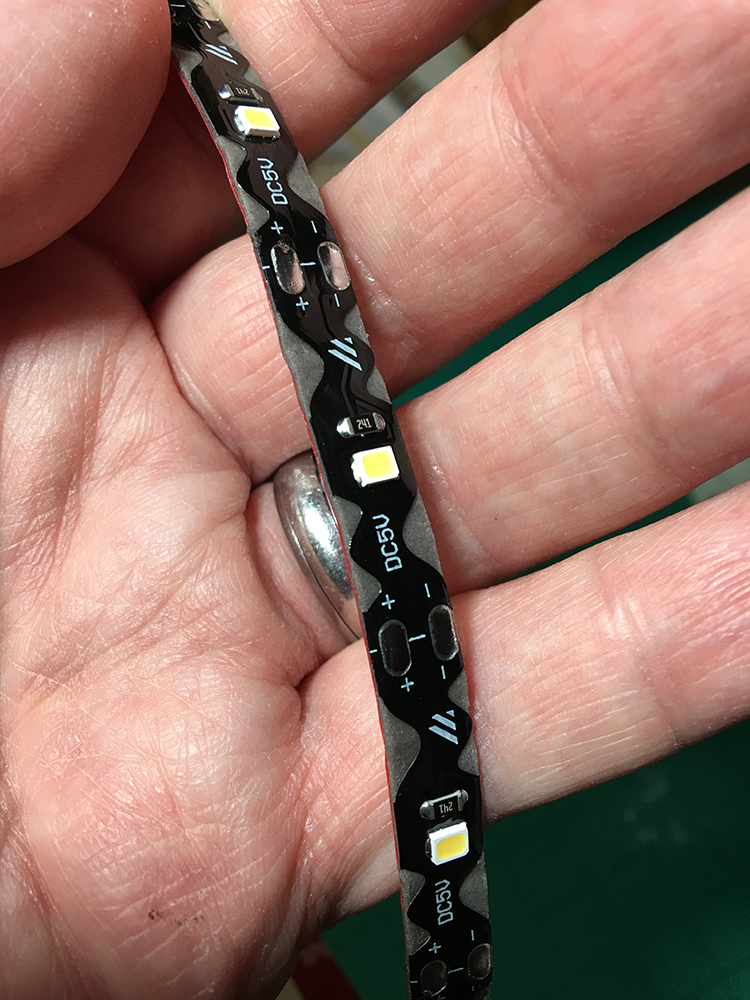 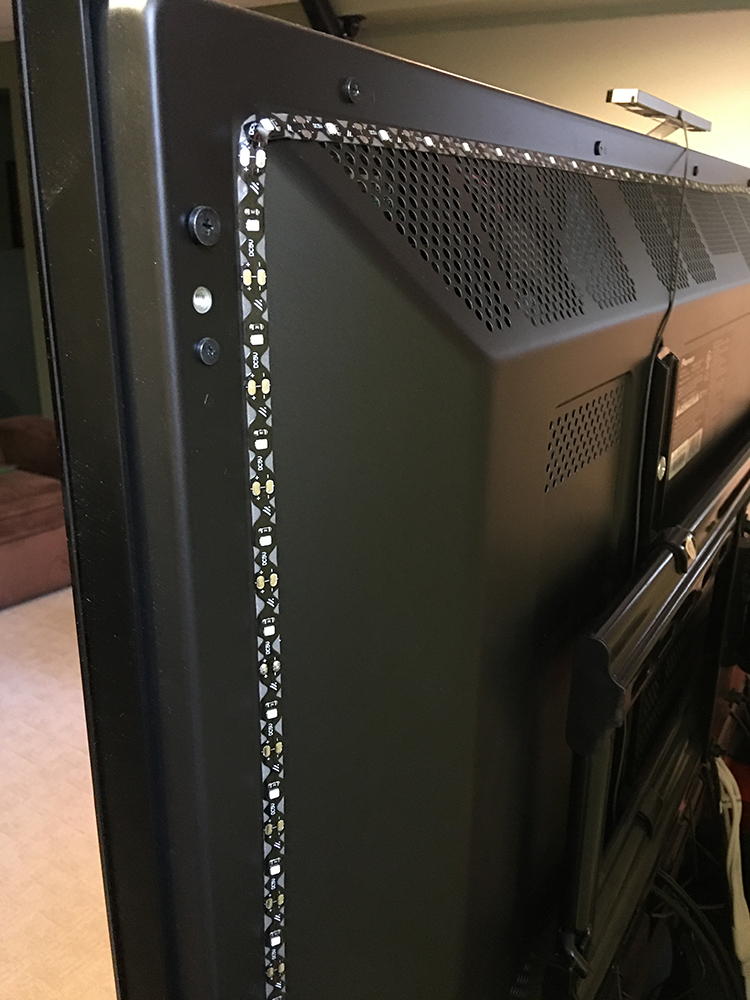 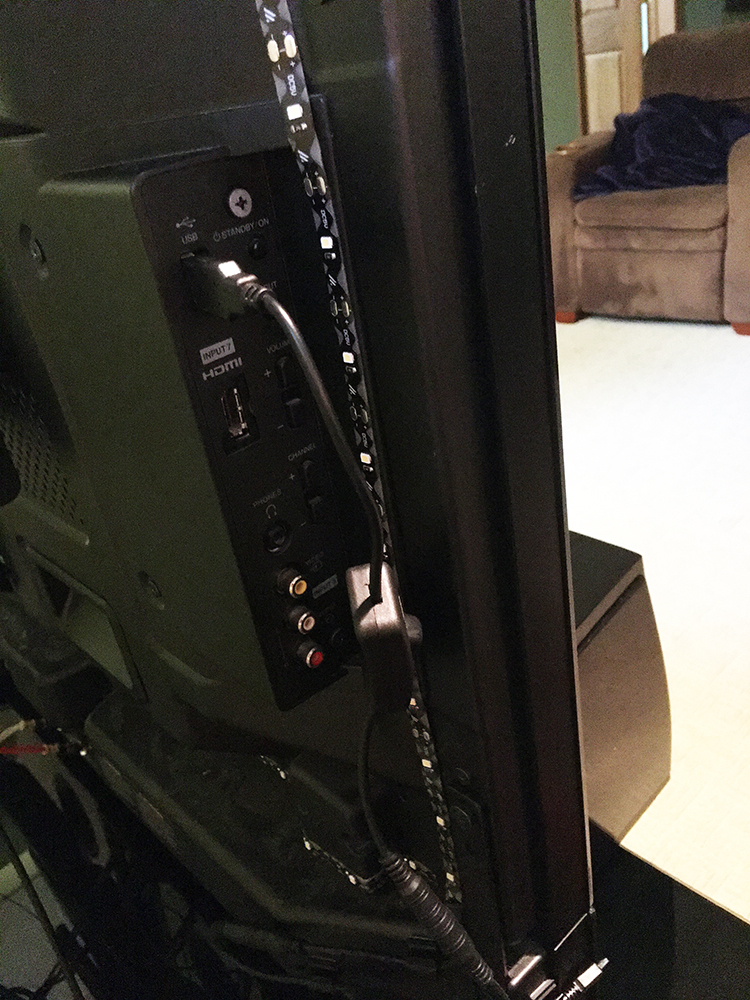 The LED strips themselves seem very well made and were easy to install. The adhesive backing kept the LEDs firmly in place once applied and they have not come loose at all in the last couple of months. 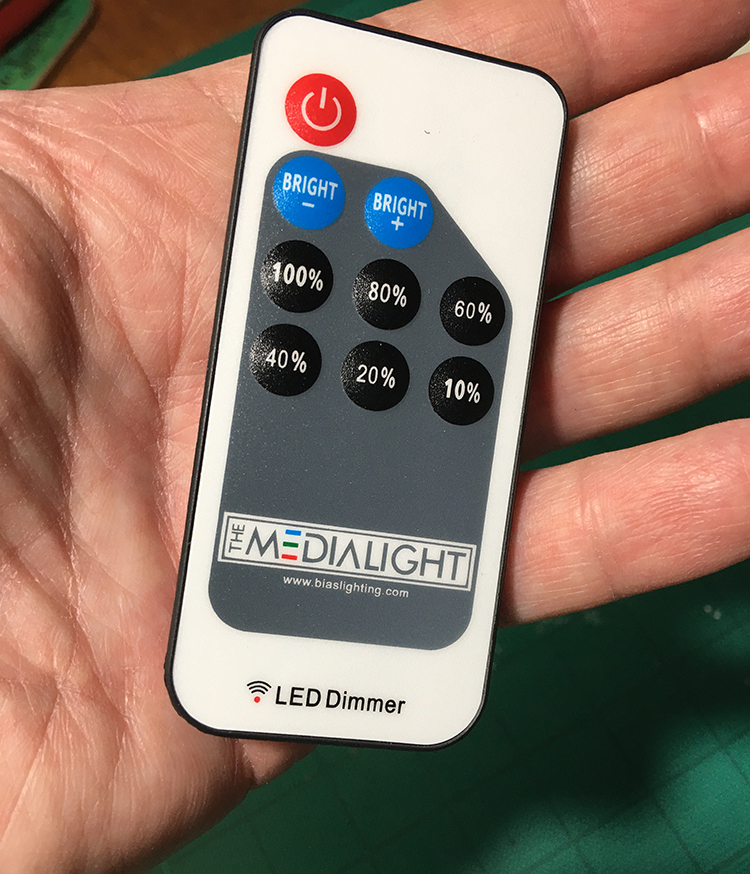 My display has an available USB port that powers the strip, so the included wall adapter was not needed here. This scenario also allows the bias-lighting to turn on and off with the display, which was ideal.

The strip also comes with an IR sensor that communicates with an included remote control. The remote provides for dimming the bias lighting to whatever level you find most comfortable for viewing. 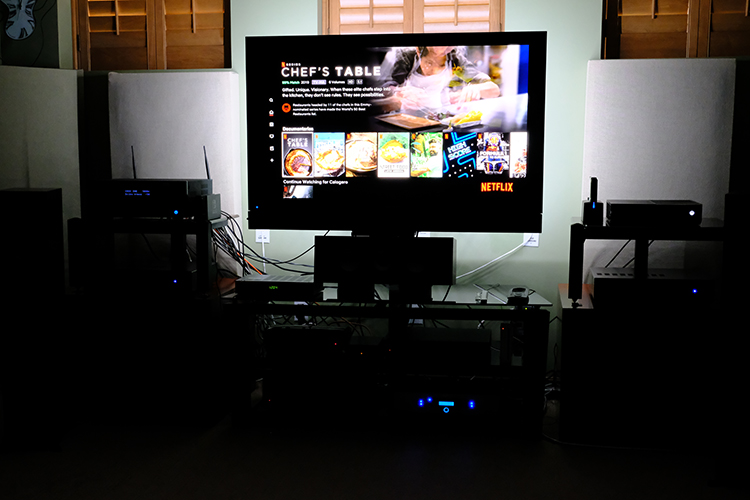 And voila! Compared to my previous “MacGyvered” bias-lighting arrangement the Medialight Flex Mk2 LED strips provided a much more uniform lighting result. That combined with the ability to dim the output precisely results in a much more comfortable and still accurate viewing experience when the home theater is in use. My whole family has uniformly praised the improvement when watching movies.

So to sum things up, the high quality of the LEDs, ISF assurance of their color accuracy, the included remote control with bundled accessories, the ease of install and dimming adjustment, a five-year warranty, and an affordable price. All these features together make the Medialight Flex Mk2 Bias lighting system the easiest $60 to $100 bucks I could recommend that you spend for your home theater, especially if you’ve taken the time to calibrate your display. Highly recommended!