Up NextSchiit Audio Modi & Magni Desktop DAC and Amp
“Turn it down! You’re rattling the walls down here!”

How many times have you heard similar words while watching the latest action movie or cranking your most recent music purchase? Back when I lived in a townhouse, there were even a few occasions when the neighbors rang my doorbell to let me know that the plates in their china cabinet were rattling.

Personally, I found it a bit gratifying to know the prowess of my system had such a visceral impact outside of my room but for everyone else, it was just annoying. While controlling bass volume through soundproofing is one way to keep your bass from driving everyone else nuts, not everyone has the ability (or financial means) to properly treat their room. Deep bass is also tougher to control due to the extremely long wavelengths involved. Another way to keep bass energy from travelling to unwanted places is through decoupling, which is the solution SV Sound (of internet-direct subwoofer fame) has pursued with their SoundPath Subwoofer Isolation System. 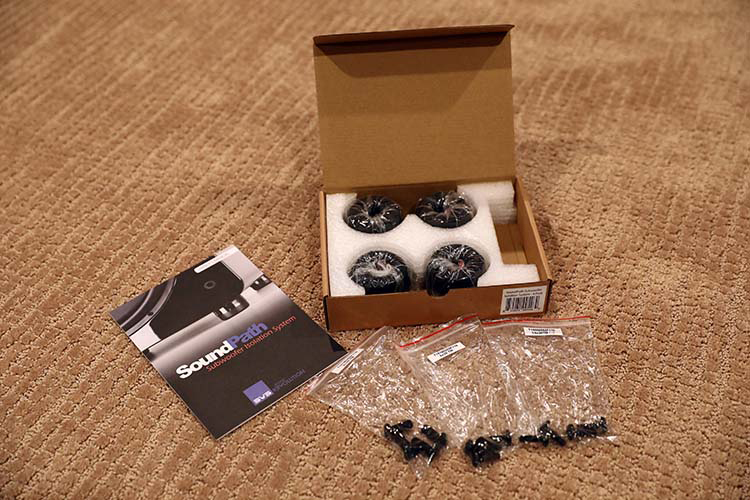 In a nutshell, decoupling means isolating (or minimizing) the vibration from one object so that it doesn’t travel to any other points of contact. Pretty simple, right? If your subwoofer is in a normal room constructed of either carpet, tile or wood over plywood with a wood sub-frame, the vibration from those deep bass waves can very easily travel from the subwoofer right down those wood floor joists/beams and into other areas of your home. Once those floor beams start vibrating, the vibration can easily carry over to wall or ceiling beams and exacerbate additional rattles in your room as well as adjoining rooms. Now if the floor of your room is a cement slab (like a basement), then the effects of decoupling will be minimized since concrete is so dense that very little vibration can travel through it. That’s not to say that these feet still can’t help you, as there is a second advantage of decoupling. If all the energy from those bass waves/vibrations isn’t being funneled into your floor, then that energy can be used to produce additional sound waves through the air. Decoupling will typically result in higher output levels with the added benefit of a tighter, more defined bass attack. 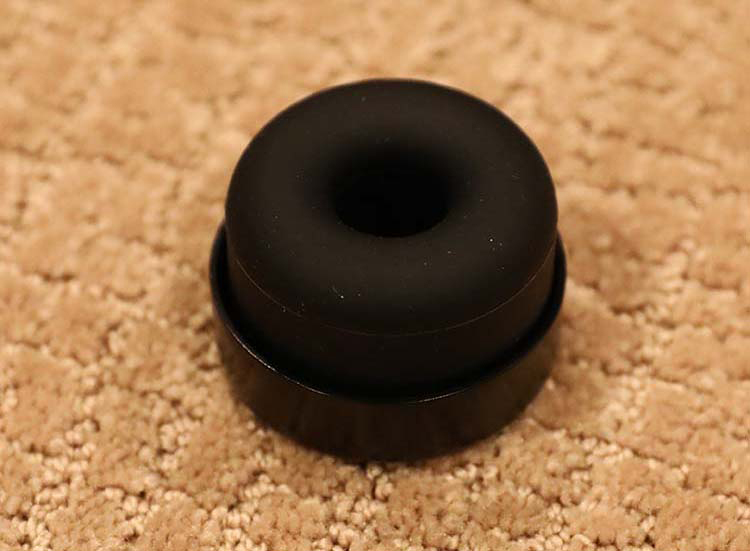 With the rudimentary sonic lesson out of the way, let’s get back to the SVS SoundPath Subwoofer Isolation System. It is available in two kits: a four-foot system for $49.99, and a six-foot system for $69.99, with free shipping in the continental US as I write this. If you have four feet on your sub, buy the four-foot kit. If you have six feet, get the six-foot kit. Simple. The foot itself is nicely crafted and consists of a round elastomer puck with a steel outer shell. Each foot is surprisingly heavy. You don’t have to own an SVS sub to use them either. The kits ship with three different bolt threads (1/4-20, M6, and M8 – all 16mm long), which should cover the vast majority of subwoofers on the market. Many users will be able to re-use their original hardware, as I did. Installing them was an absolute breeze. All I did was remove the four existing feet on my Hsu Research ULS-15 MkII (see my recent review here) and use the same bolts to attach the new SoundPath feet. I think it took me about 5 minutes to make the swap. My older Hsu VTF-3 MkII had threaded cones on it with deeply recessed threads, so for that sub I had to go out and buy some longer M6 x 40mm fasteners (about $5 total) in order to attach the SoundPath feet.

With everything installed, I first checked my subwoofer levels via Audyssey Pro to see if the claim of increased output held true. Much to my surprise, my sub levels were each about 1.5dB higher than they were with the stock feet in place. I had been very careful not to touch either of the subwoofers’ volume controls and also made sure that they were placed back in the exact position they had occupied prior to installing the SoundPath feet. I adjusted my levels appropriately and brought out some testing material. 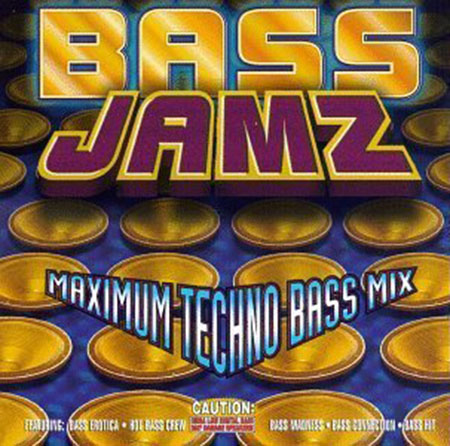 First up was Bass Jamz: Maximum Techno Bass Mix (CD: Neurodisc Records B01ABBXFCM). This disc has some insane low-frequency content, with tons of sub-20Hz tones. At anything even close to reference level, this disc will agitate just about any buzz or rattle you’ve got in your room. Track 3, Bass Vibration, typically causes my high-hat ceiling lights to emit a particularly nasty rattle. With the SoundPath feet installed, I was able to raise the volume level of my Marantz pre/pro another 5-6dB before those same rattles became audible.

That is a tremendous amount more output. Even better was the fact that even with the much higher output levels, the rattles were nowhere near as pronounced when they did start. I was also pleased to hear that the bass notes did seem to have added punch and clarity to them. This track uses multiple extremely-low bass notes, and I thought that they had noticeably better definition from one note to the next. To see how the SoundPath feet helped keep the bass waves contained within my media room, I kept the volume cranked and then walked through the neighboring rooms of my house where I will typically hear the deep bass and occasionally get a few rattles. Much to my delight, there was a significant decrease in bass bleed to the rest of the house and I didn’t notice any of the rattles I usually do. My wife will be very happy! ☺ 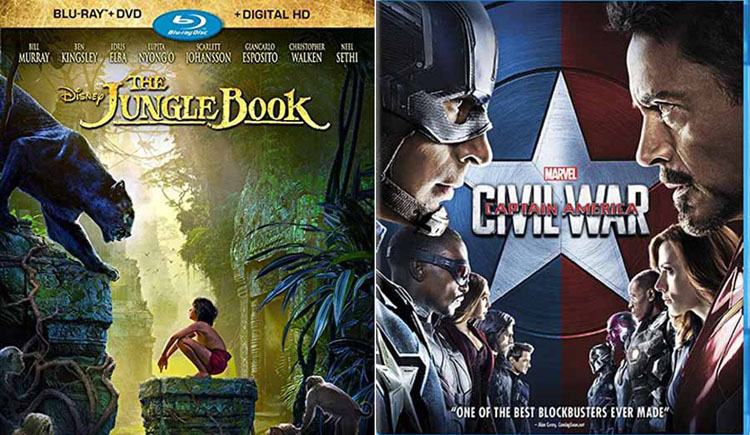 I experienced much the same effect when watching Captain America: Civil War and the latest live-action version (or should I say semi-live/mostly CGI-action?) of Disney’s The Jungle Book. I watched both movies at much higher than usual volume and didn’t have a single instance of rattling in my media room. Even the incredibly powerful “mudslide sequence” in The Jungle Book failed to get my walls or high-hats buzzing. The same performance benefits I noted with music were on display as well – cleaner sounding bass with increased definition and more punch. 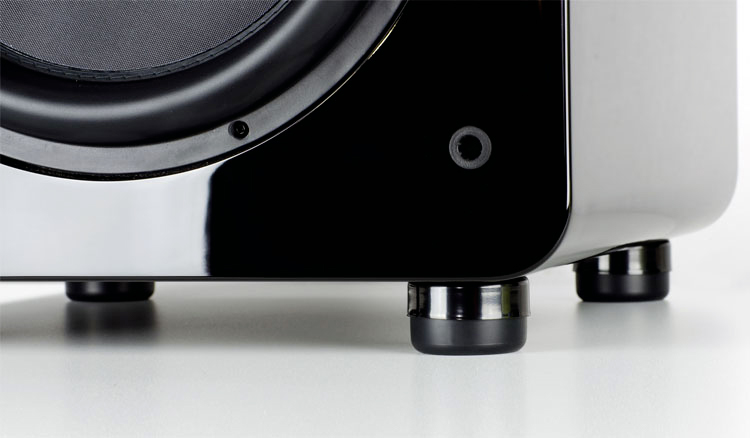 Consider me sold on the SV Sound SoundPath Isolation System. They work even better than I imagined, doing a great job of not only keeping your bass waves where you want them, but also improving overall bass output, clarity, tightness and punch. At $49.99 for a set of four, or $69.99 for six, these are an absolute no-brainer upgrade. While they are particularly effective for subs placed on standard sub-frame floors, there are still beneficial for subs on concrete with the added bass clarity and punch they deliver. I’ll be putting a set of these on every sub I install in the future and will be using them as “stocking-stuffers” for family and friends this holiday season. Whether you own an SV Sound subwoofer or not, go get yourself a set (or two).