Up NextHeavy Duty Audio: Music While You Work 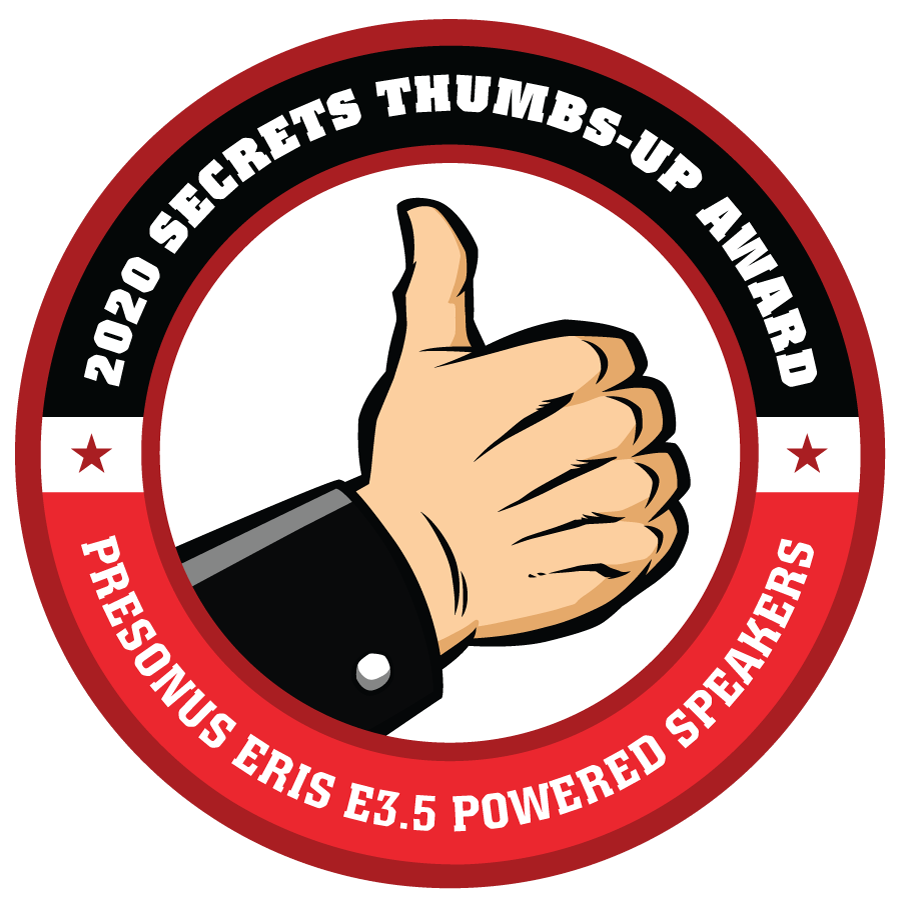 In a recent search for the perfect powered desktop speakers, I ventured onto Amazon and checked the best sellers.

The two top picks were the PreSonus Eris E3.5 and Edifier R1280T (review coming soon). I ordered them both and the Eris E3.5s were the first to arrive so this is what I will be covering today. I haven’t heard much about PreSonus, but a look at their website shows that they make a lot of studio gear and software. These speakers look promising at just $99 so let’s jump into the review.

Unpacking the box, the speakers felt a bit lighter than I had expected. Included was everything I needed to hook them up. The cables were not as nice as what came with a pair of Kanto YU4s I had recently tested, but they worked fine. I really liked the size of these speakers as my desk space is limited, but not tight. The tweeters have a nice fixed metal guard to prevent damage and the woofers are exposed. I like the placement of the power switch on the front, it’s bold and easy to spot. A small blue LED light shows the status just above the volume knob which turns accurately and smoothly. I wish it were a bit larger but it’s still far better than most other speakers I have tested. 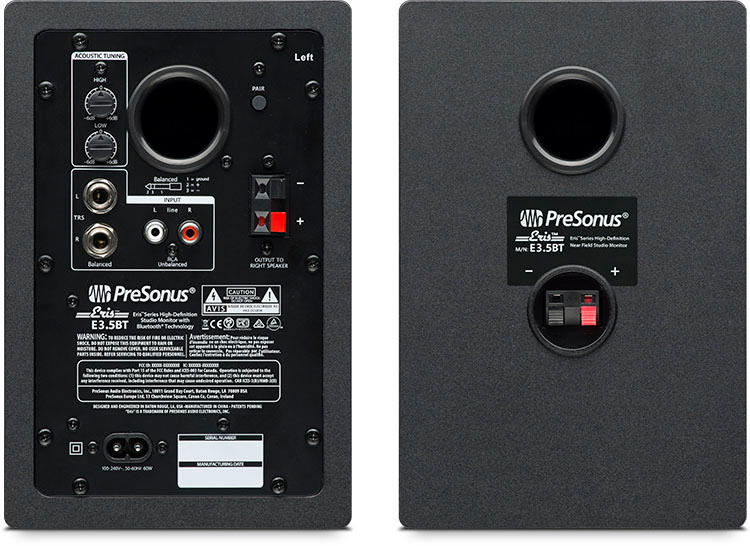 There is a lot of plastic, but that’s not a bad thing. I am not normally a fan of wood grain accents on speakers, it usually looks overdone. PreSonus finishes them with a matte black on the front and they just disappeared on my desktop. In the back are balanced and unbalanced inputs which I was not expecting that at this price point. The acoustic tuning knobs were also a very welcome sight and I will get into those more in a moment. On the front are Aux-in and Headphone outputs. At just $99, these speakers look promising, but how do they sound? Let’s find out!

This is what really matters, the audio. After setting them up, I popped in some music and just started listening. I took full advantage of the acoustic tuning knobs on the back, leaving the high range unchanged for the most part but increased the lows ever so slightly. What these speakers can put out is nothing short of a miracle; they seriously blew my expectations out of the water. Highs were crisp and clean but in no way fatiguing. Lows were the most impressive; they had a presence that some speakers with larger woofers could not match. The midrange was also not lacking, these speakers were well balanced throughout the entire spectrum.

One of the most difficult things for near-field monitors to do is produce a soundstage at a short distance from the listener. The Eris E3.5s had no trouble doing this and even gave the illusion of greater height in the audio. While they are just under nine inches high, they feel two or three feet tall in audio presence. At this price point, I was not expecting such a soundstage from compact speakers.

Even at very high and very low volumes, the speakers didn’t miss a beat. As I turned up the volume to higher levels, the bass weakened a little but by and large, the audio quality remained the same. These speakers become almost acoustically invisible while listening during extended periods, I tried out lots of different music and media and the E3.5s handled it all extremely well. I am curious to see if more break-in time will make them sound even better. 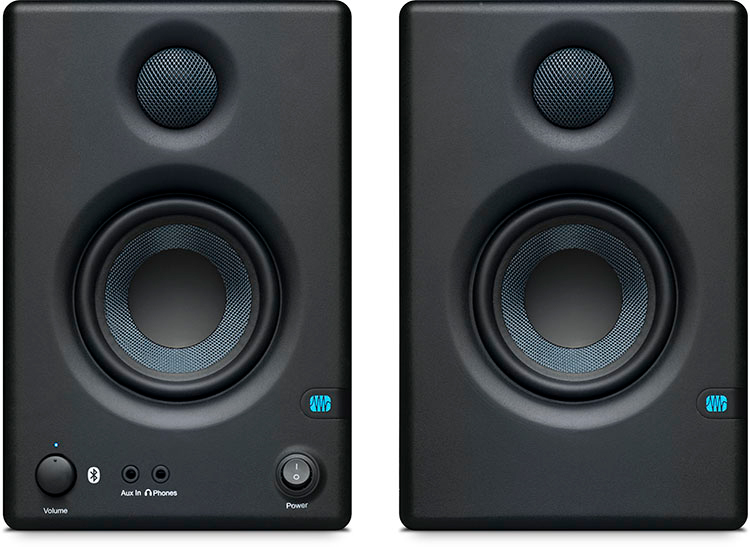 I don’t feel my search for the perfect desktop speaker is over, but I have found a front runner. PreSonus has a gem of a product with the Eris E3.5. I was not expecting anywhere near this level of audio quality for just $99. These speakers have a great design and offer just the right adjustments and options to sound spot on. If you’re looking for your next desktop powered speakers, don’t let the low price fool you, these are serious speakers with an excellent punch. Bravo, PreSonus, Bravo.