Up NextEverything You Need To Know About TV Wall Mounts
The McIntosh MB50 is McIntosh’s entry into the fast-growing world of wireless and streaming audio.

It of course has the signature McIntosh green glow on the front, always a delight to see when I first plug it in. And the box it arrived in was nothing short of over-protective. The front of the unit was clean and easy to understand, I simply went to the McIntosh website and downloaded the app to my iPhone to begin the setup. 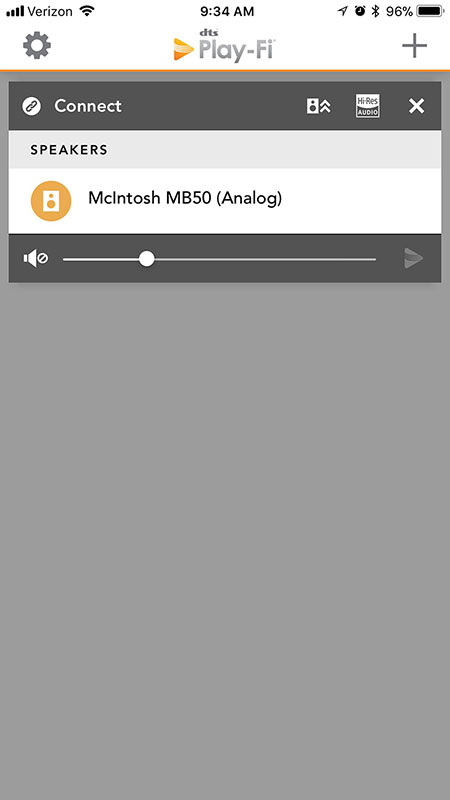 This went reasonably well though I couldn’t get it to connect to my iPhone 8 Plus’s Wi-Fi. I used the included USB-to-ethernet dongle for a wired network connection and it popped right up on the Play-Fi app. Don’t forget to install the two antennae on the back for wireless use, they simply thread on. Speaking of the app, the McIntosh MB50 uses Play-Fi, which has mixed reviews on the app store, but I found it easy to use and feature-rich. However, there were issues connecting to the unit later. If you leave it on for extended periods of time, it disappears from the app requiring a reboot of the MB50 and the app. Network support includes 802.11a/b/g/n and dual-band 2.4/5GHz. The sound was fantastic, as one would expect from McIntosh; everything was clear and full. I demoed some internet radio jazz as well as soft rock and other apps and found no faults in playback. It’s key to note that there are two playback modes, I used Critical Listening for most of my time with the unit and only used it while hardwired to the network. While in this mode, you can enjoy bitrate and frequency up to 24/192. 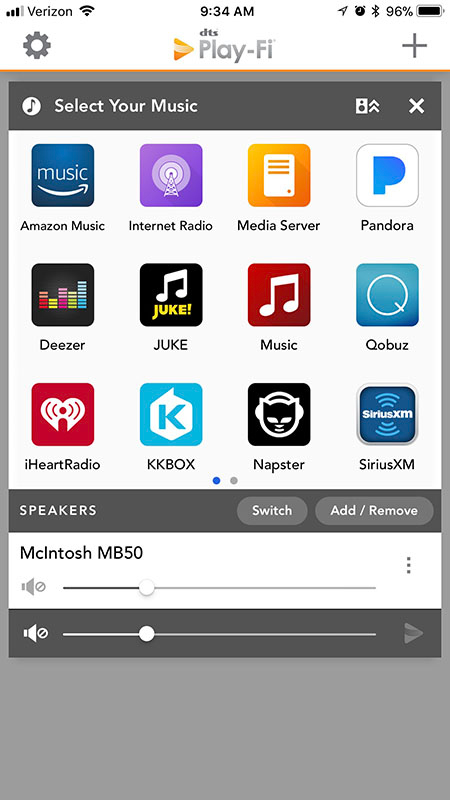 I played with the app for quite a while, it presents itself in a straightforward fashion. Though I wish there were a more McIntosh-themed app, Play-Fi works fine. One thing I noticed is the volume does ramp up and down a bit slowly relative to your interaction with the app, so be careful the first few times you adjust the volume to not the blast the audio. Options for music are great, you can jump right into internet radio like I did, or login to Amazon Music, Sirius XM, Tidal, or Pandora. You can also utilize a NAS drive with high res music files on your network and play audio from there. The unit itself was quite unique, just 11.5” wide, 3.8” high, and 15.5” deep, and weighing in at a hefty 8.5lbs, this little box doesn’t feel so little. On the back, you will find many connections, including a 12v trigger, USB port for ethernet/firmware updates, and a good variety of audio inputs and outputs.

Seeing balanced outputs was quite a surprise, but one I am sure audio lovers will be thrilled to see and use. I used the unbalanced and balanced outputs, but never tried any of the inputs. I only streamed music over the network during the demo period. You also get a quarter-inch headphone jack on the front for headphone listening, a nice touch from McIntosh.

Overall, the unit presents itself in a solid fashion, while taking no shortcuts to perfection. My only complaint is that it deserves a better app. It seems like a steal at only $2000. If you want the best in streaming, while not breaking the bank, check out the McIntosh MB50.