Indiana LangNovember 3, 2022Blogs & Little Things
Home
Blogs & Little Things
We have all been there with an older system that is collecting dust or just doesn’t have Bluetooth at all and seems outdated. Maybe the manufacturer cheaped out or you just wanted the cheaper model.

Adding in Bluetooth shouldn’t be hard, complicated, or expensive. While there are plenty of great-sounding options from many brands to add in a wireless source, sometimes something cheap is all that is needed to get the job done. So, I went on Amazon and found just that. Let’s check out the Bezo 5.0 Bluetooth Audio Adapter. 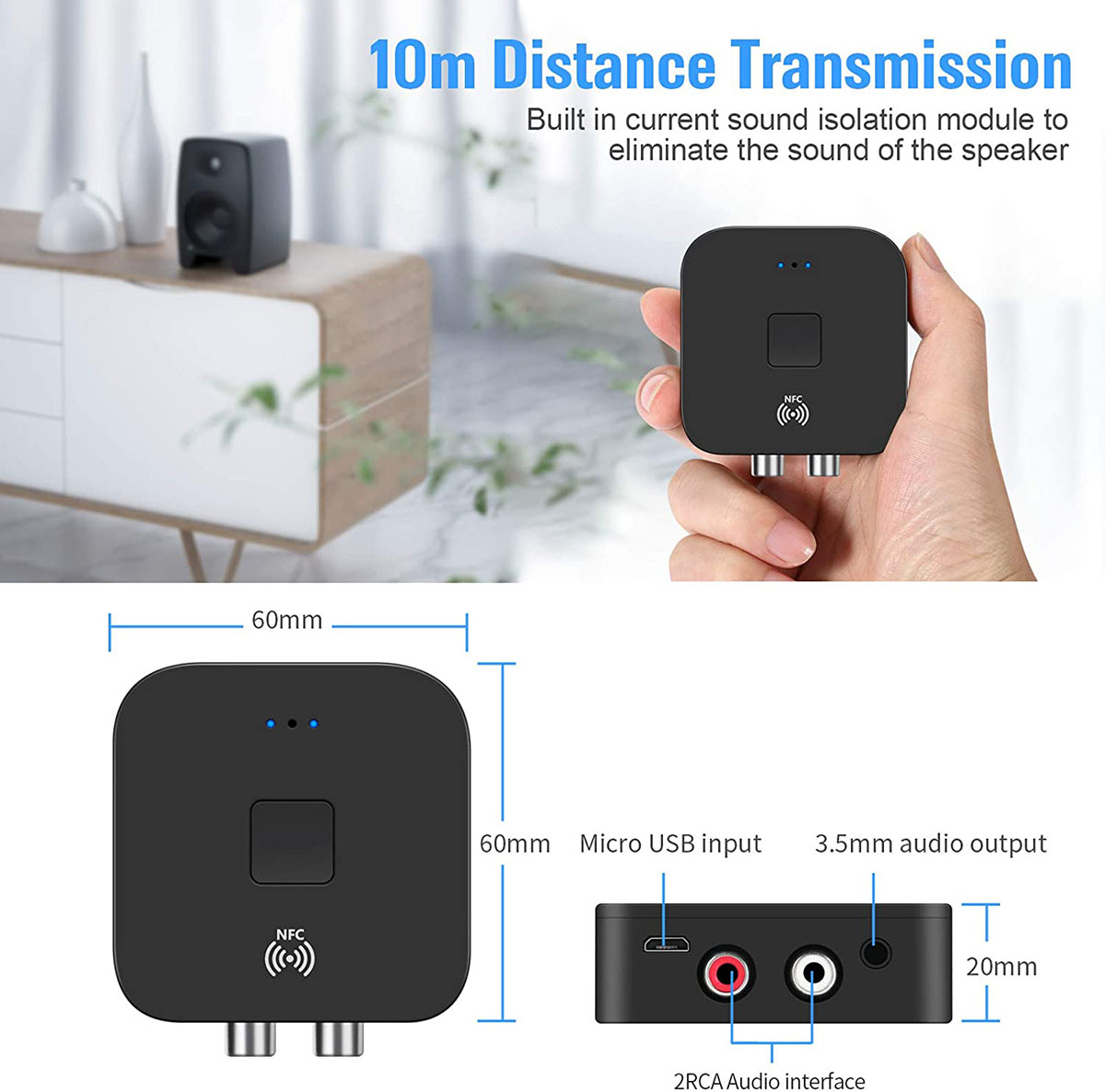 I recently picked up a super cheap work radio for my garage, my last one finally bit the dust. I got a very well-used Makita BMR100W which unfortunately doesn’t have Bluetooth, but does have an auxiliary (3.5mm) jack; in fact, it has two. So, a Bluetooth adaptor is just what I need to make this radio useful for garage music duty.

Now there are a ton of options on Amazon and eBay to pick from. So many in fact that it would be nearly impossible to ever test them all. But I decided to find one for around $20 that has 3.5mm and RCA output to use with other systems in the future. While there are plenty of other options to look out for, this is just the basics of what I need. The one I chose has no power brick, just a USB power source to keep it compact and simple.

Adding on a simple and easy-to-use adapter is key for a lot of aging systems, old stereos, and other audio components that may need an upgrade without actually modifying them or spending hundreds of dollars. Of course, using a cheaper option like this will sacrifice audio quality to save money. It’s ultimately up to you to decide what works best.

The sky’s the limit on these Bluetooth adapters, I found a few with even more options as you approach the $40 price point, adding in antennas and even optical connections. The range is something that can be hard to test as walls and other obstacles often get in the way. Keeping your source relatively close by is always a good thing but may not always be an option. If this sounds like what you need, check into the higher-priced options for a better range with the added antennas. 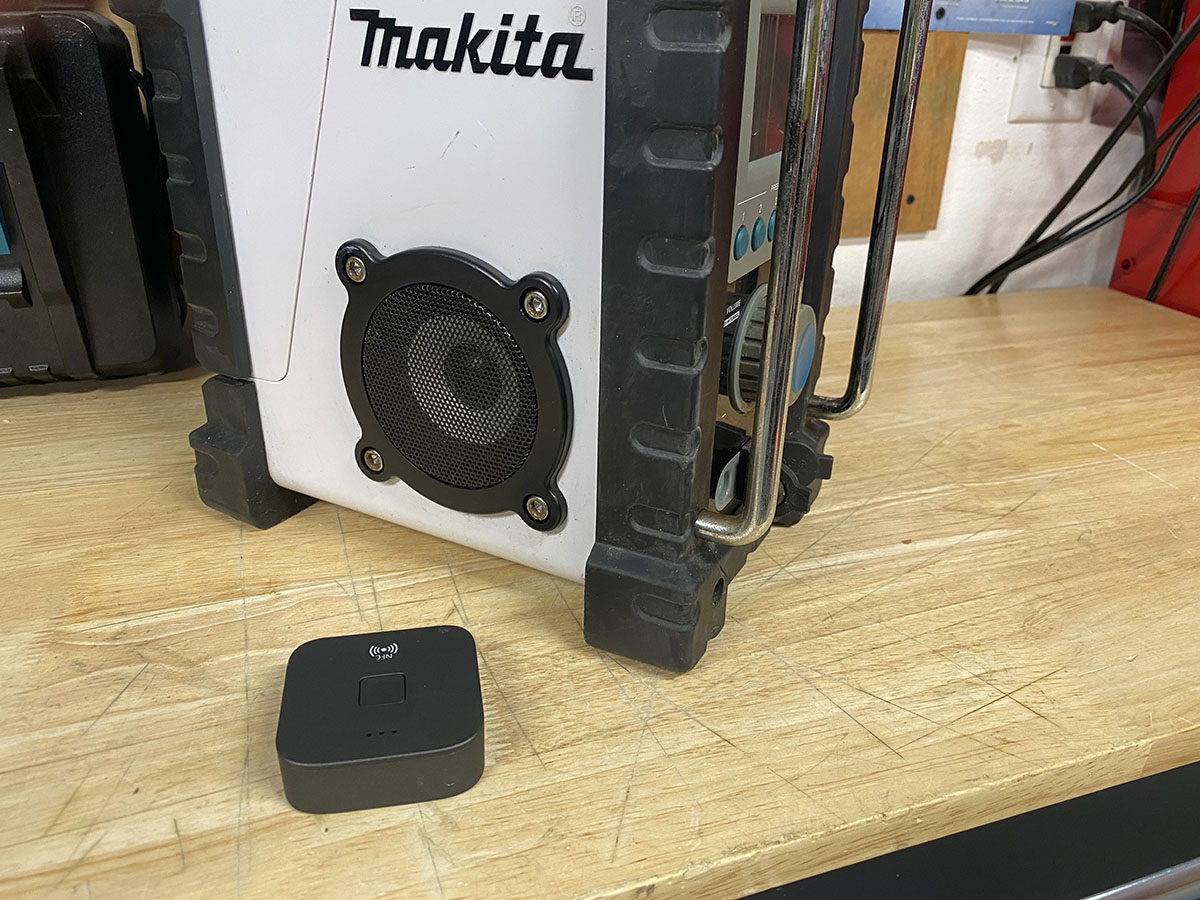 I looked around at several options as I said before and finally picked the Bezo 5.0. I wanted something simple and easy to use, while also staying around the $20 mark. While I could have gone for something that sounds better, this is just for a garage stereo. It’s going to get dirty, moved around, and covered in dust. The cool thing about the Bezo is that it doesn’t have a power brick which keeps it small and also makes it useful for cars with a 3.5mm jack and no Bluetooth.

The setup was silly simple, just push the button to put it in pairing mode. Push again and it turns off, that’s it. No apps, no Wi-Fi, no crazy setup, boom it just works. To add Bluetooth to an older stereo, AVR, car, or even an old Makita radio like I have. the Bezo is a great choice. How does it sound? It’s ok, not great, not the best, but for $20 it sounds good. 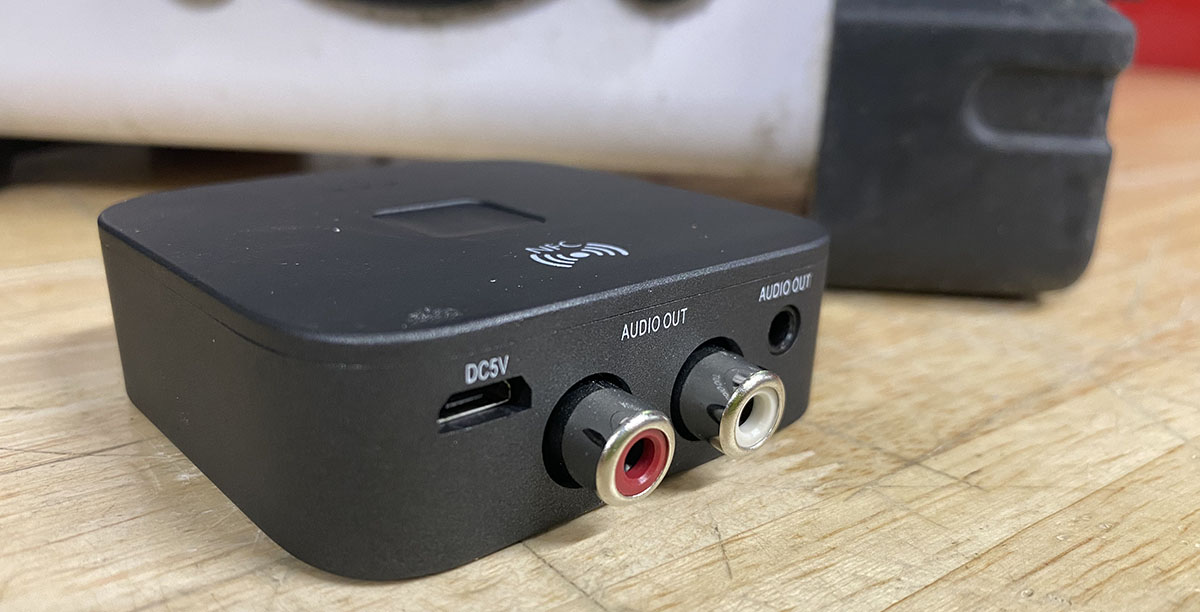 Just because you have an older system doesn’t mean it can’t still be useful. The $20 Bezo 5.0 proves that for just a little coin you can make a system into some nice background audio with ease and not have to spend a lot. Music shouldn’t be complicated, and it doesn’t need to be expensive. Simple Bluetooth devices like the Bezo 5.0 should definitely be on your radar to keep your older systems humming along, whether in the garage, patio, car, or elsewhere.